The Sinister Legacy of the Devil’s Interval

Cover your ears before tuning into the Devil’s Interval, an unsettling musical sequence once believed to conjure pure evil.

Fingernails on a chalkboard, squealing brakes, grinding teeth. These sounds are anything but music to our ears. Add to this list the infamous Devil’s Interval—an unsettling musical sequence once believed to conjure pure evil.

RELATED: 9 DISTURBING PIECES OF AUDIO YOU WON’T BE ABLE TO UNHEAR

The Devil’s Interval, also known as a tritone, contains three adjacent whole tones. It produces a tense and dissonant sound that unnerves most listeners—especially during the Middle Ages. Medieval ecclesiastical singing frequently avoided the sequence over fears of its ominous sound.

The tritone became known as “diabolus in musica” (the devil in music) in the early 1700s, fueling superstition about its power. Legend has it that numerous churches banned its use, believing its wicked tone provoked libidinous thought and was unworthy of singing God’s praises. There are even tales of composers being excommunicated or executed for using tritones in their compositions. More than likely, however, musicians avoided the sequence for a far more practical reason—it was devilishly hard to sing. 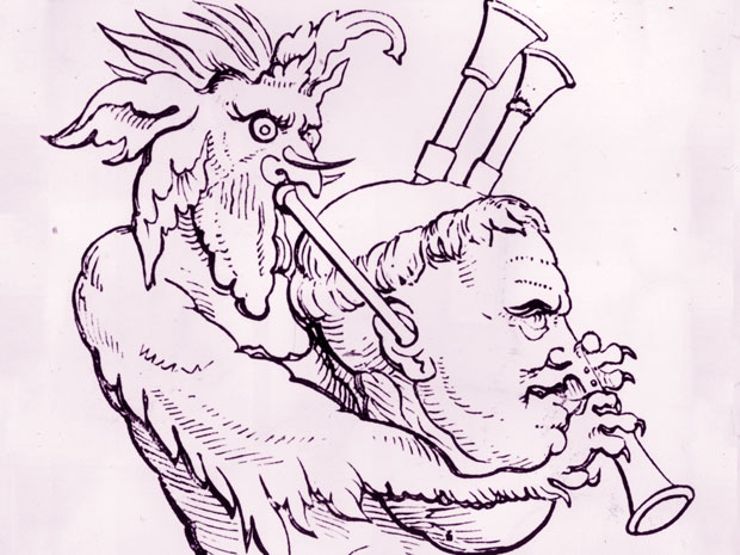 Yet the discordant nature of the Devil’s Interval is precisely what attracts modern composers to employ it in their work. Leonard Bernstein used the sequence to add a touch of foreboding to his star-crossed tale, West Side Story. A tritone dominates the chorus of the doomed love song “Maria” just as Tony sings about his love’s name being the most beautiful sound he ever heard.

The Devil’s Interval shows up in blues, jazz, and metal, as well. Jimi Hendrix’s famous single “Purple Haze” gets its psychedelic sound partly from the opening riff that uses the Devil’s Interval. The sinister tune “Enter Sandman” by Metallica employs the sequence, as does “Black Sabbath” by Black Sabbath (pictured at top). Interestingly, the English band discovered the tritone through classical music.  Singer and bassist Geezer Butler played “Mars, Bringer of War” from the Planets suite by Gustav Holst. A day later Tony Iommi penned their menacing self-titled song, using the tritone to create its signature gloom.

[via BBC; The Guardian]