After browsing Reddit late one night, the author stumbled across an image she wished she could unsee.

This story was first published on Creepy Catalog on January 15, 2015.

I was only going to click one more link.

It was late and I was about to go to bed, but I’d found an interesting Reddit post about photos people said stuck with them. They were macabre or awe-inspiring or bits of both — a photo of an overfull tray of wedding rings showing the sheer volume of holocaust victims, one of a shell-shocked soldier seeing what war was really like for the first time, and a picture showing the vastness of space far beyond Earth. Each stretched my emotions in different ways, pulling me out of my head and reminding me that life was bigger than my problems in my teeny, tiny life.

The one I told myself was the last click of the night was a blind link with a simple title, “her last photo.”

At first I thought it was a still from a movie. A student film project. But what caught me was the expression on the woman’s face, her posture, it wasn’t something even the most talented actress could capture. It was too realistic.

The woman in the photo was repulsed, backing away from her captor, the unseen man behind the camera. But she was resigned, too, the spread of fields in the background expressed the truth of her cautious stance — there was nowhere for her to run.

This is when I realized what I was looking at. “Her last photo” wasn’t the name of a movie, it was a description; I was looking at this woman’s last photo, I was looking at her minutes before her death. I shouldn’t be privy to this, but I couldn’t look away. I could already feel the stain forming in my head where an imprint of the woman’s terrified, hopeless expression would always live.

I learned that her name was Regina Walters. I learned that she was young and filled with questions about her life, like I was. She left home at 14 and was considered a runaway when she hitched a ride with a man who came to be known as The Truck-Stop Killer, Robert Ben Rhoades. 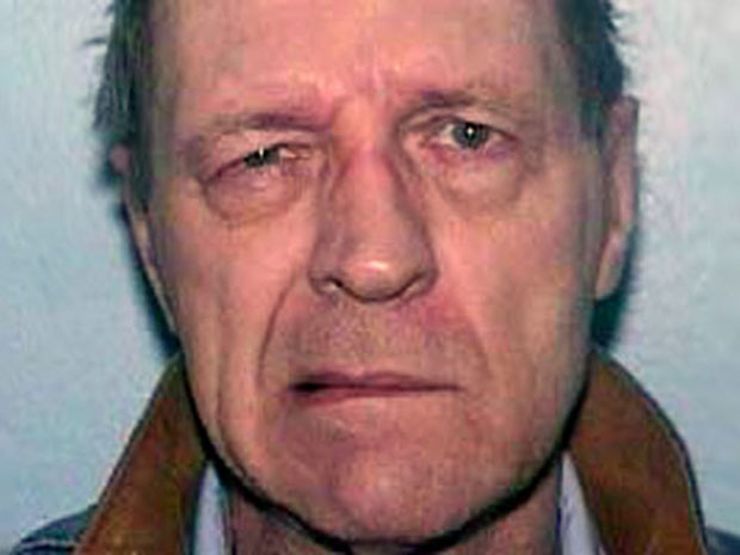 His truck was called a “mobile torture chamber.” It was an 18-wheeler he drove across the country, picking up young girls who were hitchhiking from place to place and then back again because they had nowhere to land. Where most serial killers had to hunt for victims, his were abundant, alone, and easy to overpower. It was as simple as pulling to the side of the road and brandishing his hunting knife. And into the torture chamber he’d force them.

I learned that the photo shows another Rhoades trademark, he’d cut Regina’s hair short and forced her into clothes and shoes he’d chosen. The photo was taken in the barn where her body was discovered and found with Rhoades possessions after he was arrested. The police had no previous link between Regina Walters the runaway and Robert Ben Rhoades the killer. It was her last photo, the one that seemed to strip her of her dignity that gave her justice in the end.

Rhoades was caught by a highway patrol officer, who just wanted him to move his truck. The patrolman found his last victim chained inside his torture chamber. She told the police that Rhoades told her he’d been doing this for a long time, 15 years. Fifteen years up and down the country, picking up girls. There are 50 unsolved murders that took place in the years and locations he was active.

Poor Regina, I always think. Her legacy is my terror — the ferocity with which I make sure the doors are locked and that I carry mace with me and refuse rides from strangers. When I was younger, I’d accept them, it was cheaper than a taxi and I liked being the kind of person who could trust people. But now I think of Regina – and of the other girls who met Rhoades – and I feel determined to let their deaths tell me something.

This is the photo that haunts me, if you really want to see it. Rest in peace, Regina.