Were the Salem Witches Really Burned at the Stake? 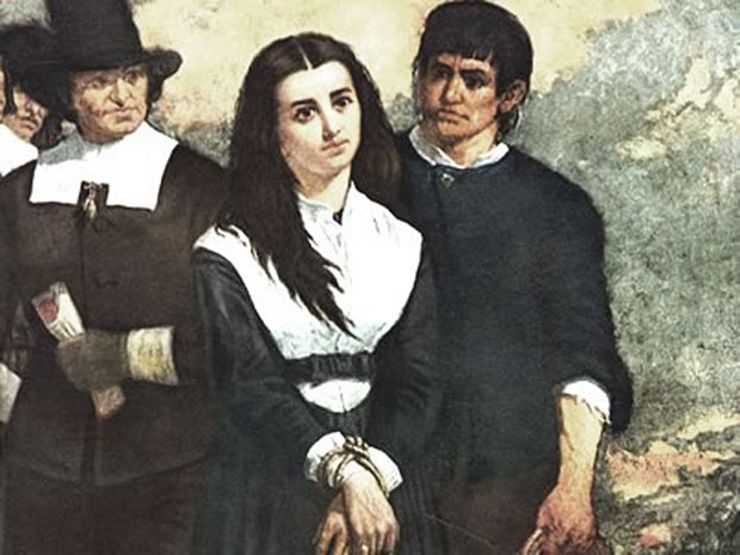 We’ve all heard the stories about the Salem Witch Trials—the urban legends up to and including variations on the story of Bloody Mary, and stories of the haunted school in Danvers, Massachusetts (site of the original Salem Village), that was supposedly built over the graves of the witches who were killed in the Salem Witch Trials.

However, one part of the legend that seems to haunt the entire history of the people who were often wrongfully accused is that the witches were put to death with fire. Those who were killed in Salem actually died by hanging, not by being burned at the stake.

Related: Burned at the Stake: 5 Terrifying Witch Trials Throughout History

The hysteria began in early 1692, when a group of about nine girls began having “strange fits” and complained of pain. On examination, a doctor believed they were bewitched. When the two girls stated that Sarah Good, Sarah Osburn, and a slave named Tituba had bewitched them, the tempest was let loose inside the teapot of Salem. As the witch hunters interrogated Tituba, she ended up confessing that the Devil had come to her and asked her to serve him as a witch. The God-fearing residents of Salem in 1692 were already on edge, being almost alone in a brand-new land filled with hundreds of things that could kill them each and very day. Tituba’s confession is believed to have mixed with other more everyday factors to give their underlying fear power over the community.

Over the next year or so, a total of 20 people were executed as witches. One of those was an elderly man who was pressed to death using heavy stones. The other 19 people were taken to a place called Gallows Hill, where they were hung by the neck until they died.

That begs the question, why did the idea of burning at the stake become associated with Salem? It is believed that those stories came out of the European witch trials that took place between the 15th and 18th centuries. The medieval laws of the Holy Roman Empire and other areas that were still in effect at that time often stated that if a malevolent witch was found, they were to be punished by fire. Perhaps conveniently, executions by fire were becoming increasingly common. Sometimes, the accused witches were hung or beheaded before they were burned, but sometimes they went to the stake still drawing breath.

THIS STORY WAS FIRST PUBLISHED ON Crime Feed.
READ MORE:
Johnny Gosch: The Original “Milk Carton Boy” Is 47 And Still Missing
“Vampire Trucker” Sentenced To 20 Years For Keeping Sex Slaves In His Rig
Church Of Satan Member Sues For Her Right To Read Satanic Bible In Prison