A Long, Black Veil: Rudolph Valentino and the Mysterious Lady in Black

Is this spectral woman in black fulfilling a promise from beyond the grave?

In 1925, Hollywood heartthrob Rudolph Valentino visited his friend’s seriously ill daughter in the hospital. He reportedly gave the young girl a single red rose, and told her she was going to recover.

“You’re not going to die at all,” he said. “You’re going to outlive me by many years. But one thing’s for sure—if I die before you do, you please come and stay by me because I don’t want to be alone either. You come and talk to me.”

The young girl, whose name was Ditra Flame, (pronounced fla-MAY) did recover.

Just a year later, though, Valentino died from complications due to gastric ulcers. He was only 31. His memorial was held in New York City, where nearly 100,000 people came to pay their respects. Eventually, his body was transferred to an empty crypt owned by a friend in Hollywood Forever Cemetery in California, where he still rests to this day. 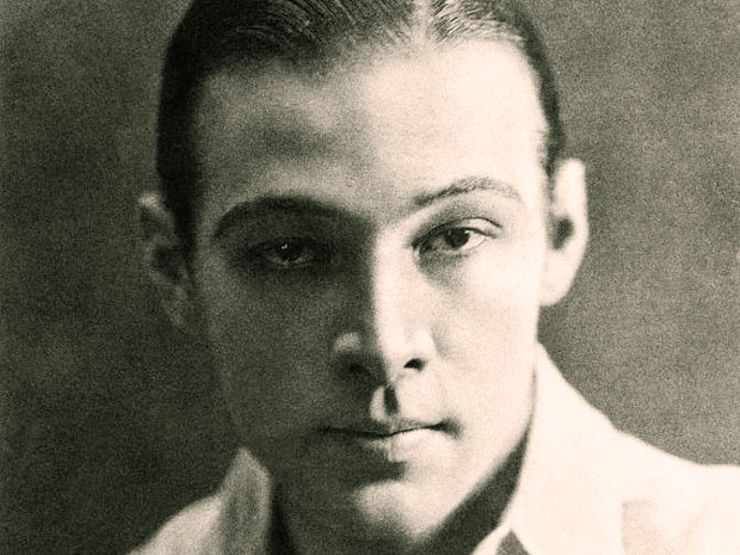 According to Ditra, she initially kept her promise. The young woman, who was just 14 years old at the time of Valentino’s passing, went to visit Valentino’s grave in dressed all in black. She wore a long veil across her face, and carried a single red rose. But soon, she said, “there were so many other women dressed in black coming in kneeling at his tomb that it just got too much for me.” She stayed away for 23 years.

Ditra died in 1984, but the tradition of the veiled woman in black visiting Valentino’s grave continues.

At first, the staff at Hollywood Cemetery thought it was just an eccentric fan of Old Hollywood, honoring Valentino’s wish. Then it became obvious that the woman in black was someone–or something–far more otherworldly than just a dedicated tourist.

Visitors to Valentino’s crypt have spotted a woman in black, kneeling at his tomb, carrying a single red rose. With an opaque black veil covering her face, she supposedly vanishes into thin air when anyone approaches. Others, while paying their respects to the actor, hear the sounds of a woman’s high-heeled footsteps approaching behind them, only to turn and find no one there. Some have reported a single red rose suddenly appearing in the vase on the tomb. 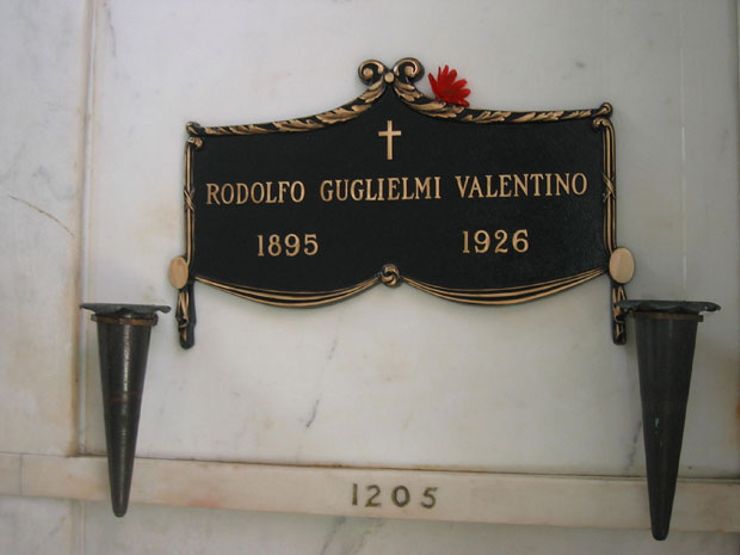 While the face of the mysterious lady in black is yet to be seen, there are those who believe it’s none other than the ghost of Ditra Flame, making up for all those years she didn’t come to visit Valentino’s grave when she was still alive.