Can you crack the code to this baffling cold case?

On June 30, 1999, a woman driving along Route 367 in eastern Missouri came across a partially decomposed body in a cornfield. Police knew the spot well. It was an area where bodies had been dumped before.

This case, though, was different.

Authorities used what remained of the body’s fingerprints—decomposition had set in, and the fingers were detached—to identify the corpse. It belonged to 41-year-old Ricky McCormick. That no one had reported McCormick missing, and that no motive seemed to exist led authorities to rule out murder as a cause of death.

Still, the case was highly mysterious. McCormick’s body was found 15 miles away from his address. He didn’t know how to drive, and there was no public transit that could have brought him to such a remote spot.

The police focused on McCormick’s background in trying to search for clues about his death. He was a high school dropout, unemployed and unmarried, and a father to four children. He’d served 11 months of a three-year sentence in jail on charges of statutory rape. Furthermore, he had last been seen alive five days earlier at a hospital in St. Louis. With such little information, no clear signs of assault, and no known enemies, the case eventually went cold.

Then, 12 years after McCormick’s body was first discovered, something remarkable happened: The FBI officially classified the death as a homicide.

As it turned out, there was more to the case than the public previously knew. The FBI’s Cryptanalysis and Racketeering Unit (CRRU) shared two eerie pieces of paper that had been found in Ricky’s pockets at the time his body was discovered. On the scraps of paper were notes, but not in English—or any other language for that matter. The writing was incomprehensible, but the FBI believed it to be some kind of code that could hold the answer to Ricky’s unsolved death. While the notes were initially kept from the public, the FBI now reopened the case and released the mysterious notes, in hopes that someone might be able to decode them. 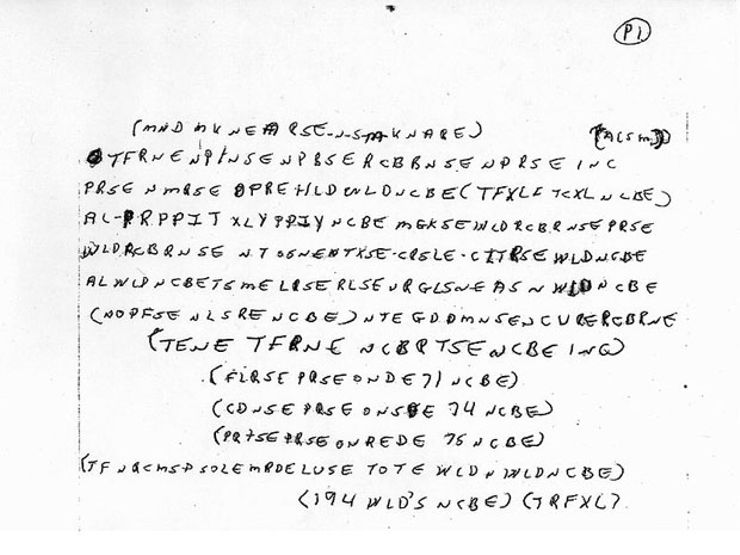 Ricky’s death was suddenly resurrected. Copies of his notes made their way around the Internet, feeding the fascination of amateur code crackers and conspiracy theorists alike. Ricky’s family said he’d written in cipher since childhood, but that these particular notes were not like anything they’d seen before.

The notes consist of letters and numbers, with occasional parentheses. Numbers like “71,” “74,” and “75” make frequent appearances, as does the alleged acronym “NCBE.” Some have likened the numbers to highway routes, and the acronym to drug dealing slang. Car parts, a medication schedule, or just gibberish have also been put forth as interpretations.

Related: Bodies on the Hill: the Enduring Mystery of the Lead Masks Case

Dan Olson of the CRRU believes, without much doubt, that Ricky himself wrote the notes. Olson also believes there’s a strong chance that the notes hold the answers to his whereabouts in days prior to death, and possibly to the identity of his killer. 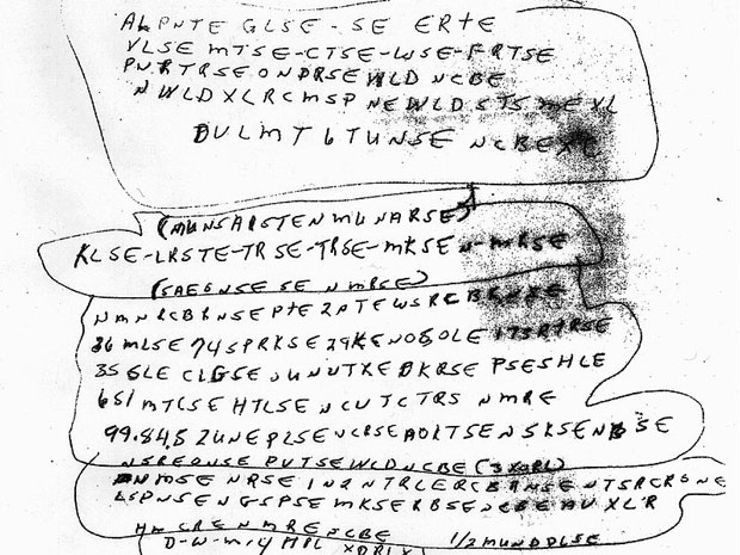 To this day, however, the notes remain indecipherable. The FBI still fields suggestions and tips from would-be cryptologists. Until someone can crack the code, however, the story of Ricky’s death will most likely remain a mystery.