The Red Riding Trilogy is Your Next Dark, Crime Drama Binge 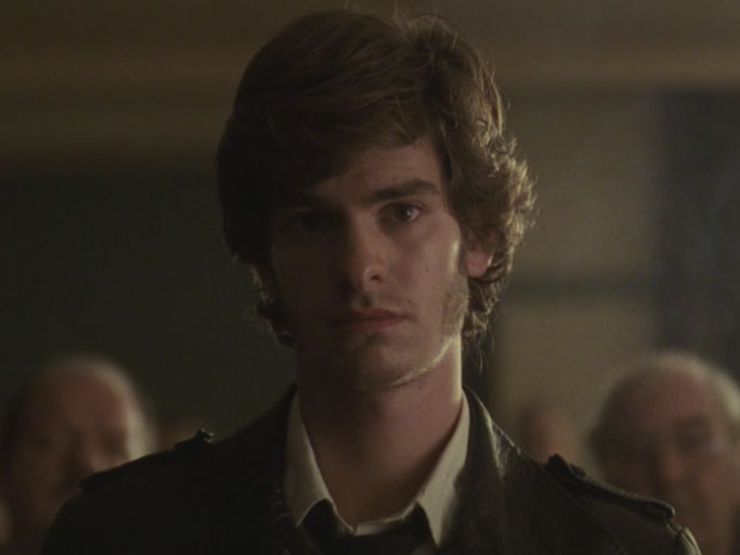 Have you heard of the Red Riding trilogy? There’s a good chance you haven’t. These three films were released on Channel 4 in the UK back in 2010, and given a very limited theatrical release in the United States. Despite rave reviews and 90+ percentage ratings on Rotten Tomatoes for all three films, the Red Riding trilogy still flew under the radar for most.

Recently, Sundance Now added all three Red Riding films to its streaming library. Whether you chose to watch in segments, or binge them all at once, fans of true crime and crime dramas are getting a second chance at watching the brilliantly-twisted world of Red Riding, where danger lurks around every sleepy, small town corner and the authorities are as corrupt as they are powerful.

Red Riding combines the best of gritty British crime drama, in the vein of The Fall and Broadchurch, with the unyielding violence and deeply-sinister villains of classic crime movies like The Departed. It is, furthermore, an immersive period piece experience, as we follow our bellbottom-clad characters through the cigarette smoke-filled, dreary Yorkshire countryside and seedy bars of the 1970s and early 80s.

Based on author David Peace’s Red Riding novels, the films follow the shady dealings of the West Yorkshire Constabulary during a particularly dangerous time in Yorkshire history, in the 1970s and 1980s. In real life, the Yorkshire Ripper, Peter Sutcliffe, was on a murderous rampage during this time, killing 13 women from 1975 to 1980. Much like how David Fincher’s 2007 film, Zodiac, places fictional characters against the true-to-life backdrop of the Zodiac murders, Red Riding‘s world is populated with fictional heroes and villains, operating alongside the real-life Ripper. The mixture of historical true crime and fictional crime drama makes the trilogy all the more unsettling. 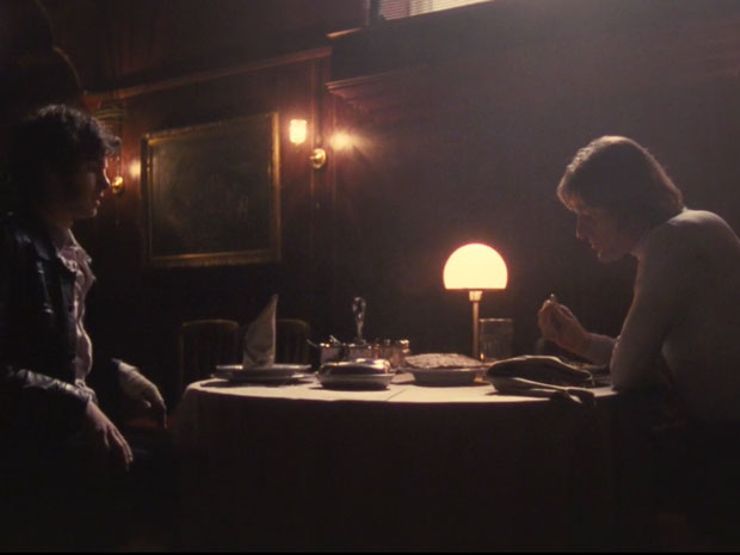 Still of Andrew Garfield and Sean Bean in Red Riding: In the Year of Our Lord 1974 via Channel Four Film

In the first installment in the trilogy, Red Riding: In the Year of Our Lord 1974, the protagonist is cocky young reporter Eddie Dunford, portrayed by Andrew Garfield. Dunford works for the Yorkshire Post, where he’s following a crime beat—specifically, the recent disappearance of a schoolgirl, Clare Kempley. Clare’s disappearance is the third in a series of apparent child abductions in the area: all of young girls. Yorkshire is already being terrorized by the Ripper—the news of a potential child predator on the loose only increases the citizens’ feelings of terror.

When Clare Kempley’s body is found on the property of Yorkshire real estate mogul John Dawson, Eddie becomes convinced that the slimy millionaire, portrayed excellently by Sean Bean, is connected to the crimes. Eddie’s fellow reporter, Barry, is convinced that Dawson is part of a much larger conspiracy, that goes all the way up to the top of the West Yorkshire Constabulary (WYC). Eddie initially dismisses Barry as crazy, but after Barry’s sudden death, he must face the grim reality that perhaps his colleague was right. As Eddie becomes further entangled in his investigation—sneaking into an asylum to try and question Dawson’s emotionally disturbed wife, beginning a sexual relationship with Dawson’s mistress Paula Garland (played by Rebecca Hall), as well as a mother of one of the previously abducted girls—it becomes clear that Eddie is onto something: something that was meant to stay hidden. 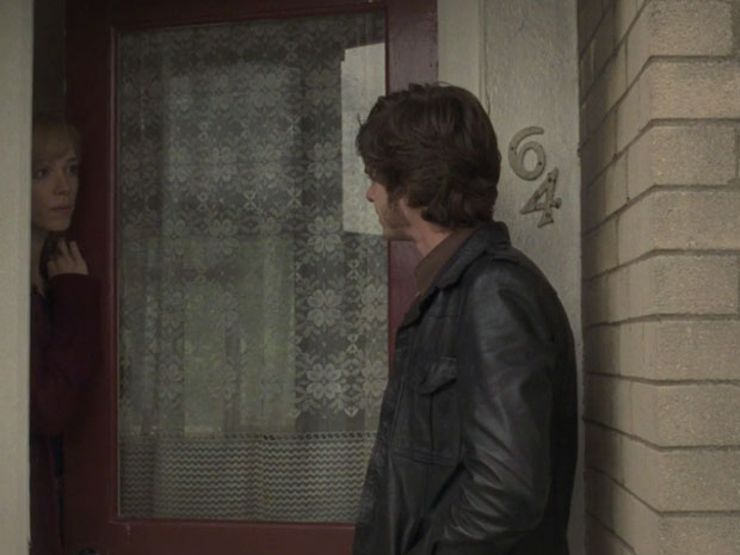 Rebecca Hall and Andrew Garfield in Red Riding: In the Year of Our Lord 1974 via Channel Four Film

In the second installment in the trilogy, Red Riding: In the Year of Our Lord 1980, the setting is the same, but six years have passed, and we’re introduced to a new protagonist, Peter Hunter (Paddy Considine), a Manchester detective who has been asked by the WYC to lead a special investigation into the Ripper murders. Hunter was previously asked to investigate the Kirachi Club Massacre of 1974, an event which directly ties into the first movie, though he had to resign from the case due to family troubles. Now, he is back, and more determined than ever to redeem himself.

The trouble starts when Hunter learns of one of the alleged Ripper victims, a woman named Clare Strachan. Strachan’s murder stands out to Hunter—there’s just something different about it, and he becomes convinced that the Ripper was not responsible. In questioning members of the WYC about the Strachan case, one accidentally lets slip that the police force might be significantly more involved in Strachan’s murder than anyone realizes. In fact, when the real-life Ripper, portrayed with terrifying intensity by Joseph Mawle, is apprehended, he admits to all of the murders but one: the murder of Clare Strachan. Like Eddie Dunford before him, Hunter becomes obsessed with untangling what he believes to be a high-level conspiracy. Of course, in this world, there are horrifying consequences for sticking your nose where it doesn’t belong. 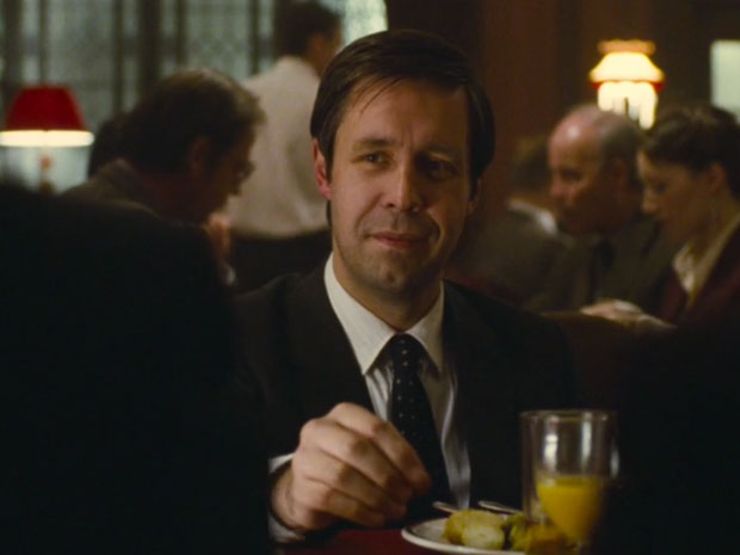 Paddy Considine in Red Riding: In the Year of Our Lord 1974 via Channel Four Film

The trilogy comes to a intense and highly-satisfying conclusion in Red Riding: In the Year of Our Lord 1983. At this point in time, the Ripper has been caught, and the supposed child abductor, a mentally-challenged man named Michael, has been imprisoned for almost a decade. It seems all should be just peachy in Yorkshire.

And then a young girl named Hazel Atkins disappears, in exactly the same manner as the three girls before her. It appears that the perpetrator is still out there, having bided his time while poor Michael rotted in prison. When a local lawyer named John Piggot (Mark Addy) sets out to work on preparing Michael’s appeal, he, too, begins to brush up against the ever-looming conspiracy lurking deep within the WYC, like Eddie Dunford and Peter Hunter before him. This time around, though, one of the officers in the very center of it, Maurice Jobson (David Morrissey) is having a stroke of conscience. The final act is full of striking revelations, blood-pounding action, and, finally, a degree of justice, which has been utterly lacking in the Red Riding universe up to this point. 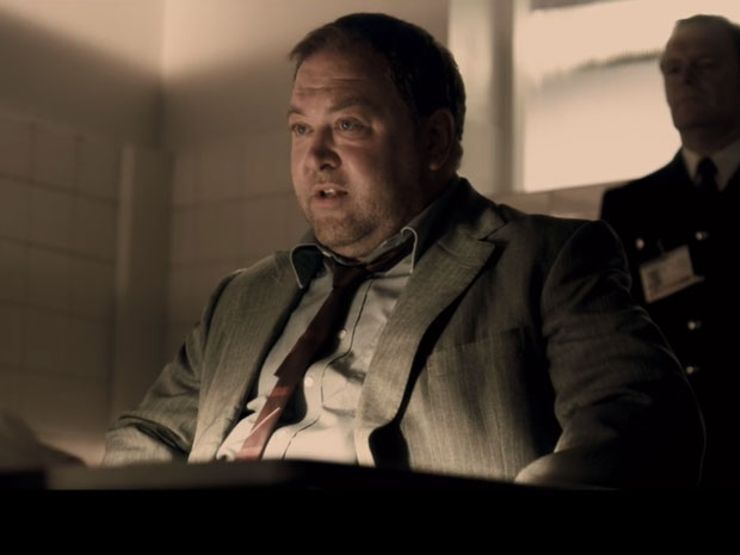 Mark Addy in Red Riding: In the Year of Our Lord 1983 via Channel Four Film

The grimy world of Red Riding is a beautifully-wrought nightmare, from which you won’t want to escape. It’s an unflinching portrayal of a region that has been terrorized by crime and corruption, then silenced into compliance. The villains here are the serial killers and child molesters, but they’re also the police officers and the heads of industry. Greed, money, power, and lust have run unchecked, and silencing objectors by torture and murder is commonplace.

We’ve partnered with Sundance Now to give our readers a free, one-month trial to watch investigative true crime docs like Cropsey, Werner Herzog’s Into the Abyss, and The Staircase, as well as dark and thrilling crime dramas like Red Riding. Sign up at SUNDANCENOW.COM using promo code: REDRIDING.

Feature still of Andrew Garfield in "Red Riding: In the Year of Our Lord 1974" via Channel Four Film