By did you know? 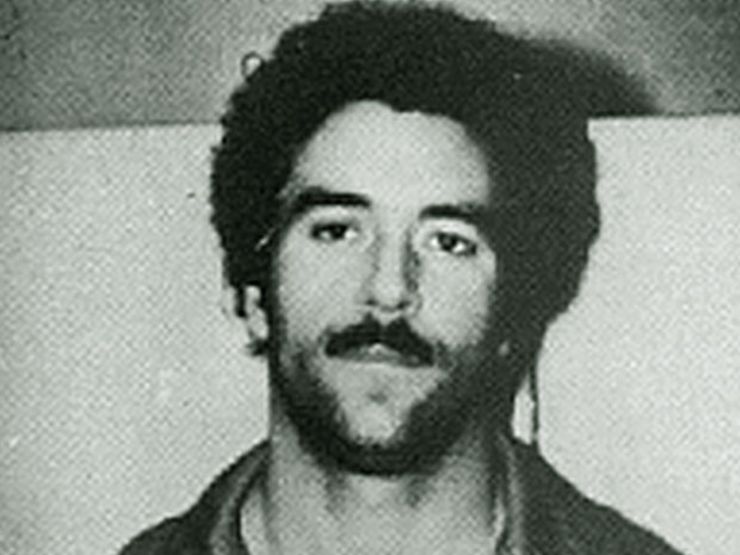 Even though he was a star football player who seemed to have everything going for him, Randall Woodfield puzzled coaches, teammates and family members with his odd behavior and penchant for indecent exposure. A standout wide receiver at his high school in Newport, Oregon and later at Portland State University, Woodfield was a gifted athlete, but he was constantly being arrested for exposing himself to women.

His high school football coaches kept the story of his first arrest for indecent exposure quiet so he would not be kicked off the football team. While playing college football for the Portland State Vikings, Woodfield seemed to lead a double life. On the one hand, he performed well on the field, and he was active in the Campus Crusade for Christ and the Fellowship of Christian Athletes. Off the field, however, Woodfield’s behavior was anything but exemplary. He was arrested on a number of occasions for indecent exposure, and he was convicted twice. Despite his issues, the Green Bay Packers selected Randall Woodfield in the 1974 NFL draft.

Woodfield was excited about his prospects for an NFL career, but he was ultimately cut by the Packers after his first training camp. Instead of moving straight back to Oregon, Woodfield caught on with a semi-pro football team in Wisconsin, where he played for one season before being released again. During his time in Wisconsin, Woodfield was involved in more than 10 instances of indecent exposure. Dejected and with a failed athletic career, Woodfield returned to his home state of Oregon. 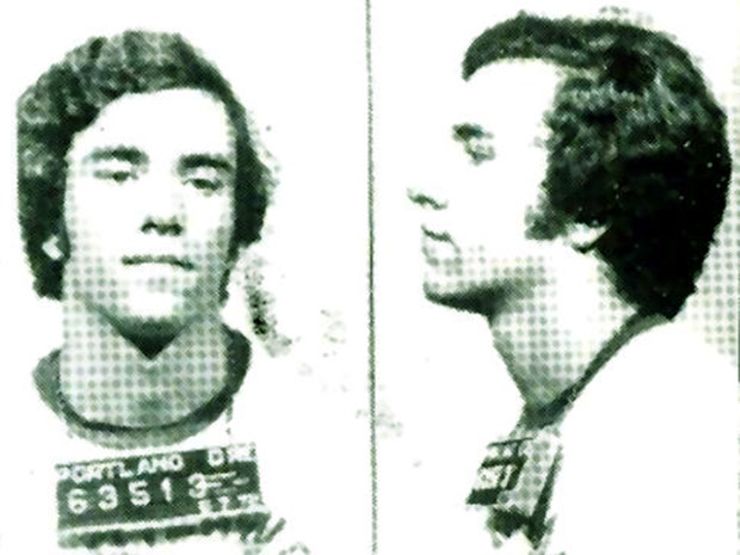 Randall Woodfield was arrested for indecent exposure while going to school at Portland State University.

In Oregon, Woodfield fell into a life of unstable jobs and, eventually, crime. Living in Portland in 1975, Woodfield began accosting women with a knife and making them perform sex acts on him before he robbed them. Once they realized there was a sexual predator on the prowl, Portland police had female officers pose as regular citizens. On March 5, 1975, police apprehended a knife-wielding man who attempted to attack a female officer in a park. It was Randall Woodfield. He was convicted and served four years in prison, until his release in July 1979.

Once he was released from prison, Woodfield graduated from robbery and sexual assault to murder. His first victim was 29-year-old Cherie Ayers, a high school classmate of Woodfield’s. She was found raped and stabbed to death in her Portland apartment on October 11, 1980. Though Woodfield was questioned in Ayers’ death, he refused to take a polygraph test, and, as no physical evidence tied him to the crime, police had to let him go.

Woodfield soon struck again, shooting and killing 22-year-old Darcey Fix and 24-year-old Doug Altig. As with Cherie Ayers, Woodfield had a connection with Darcey Fix: One of his closest friends from Portland State University had dated her. During this period, Woodfield also embarked on a robbery spree throughout Oregon and Washington, donning a fake beard and robbing gas stations and other businesses. The press dubbed the robber the “I-5 Bandit” due to the proximity of the crimes to Interstate 5. In January 1981, Woodfield murdered again, this time raping and shooting two women in an office building in Salem, Oregon. One of the women Woodfield shot survived the attack. 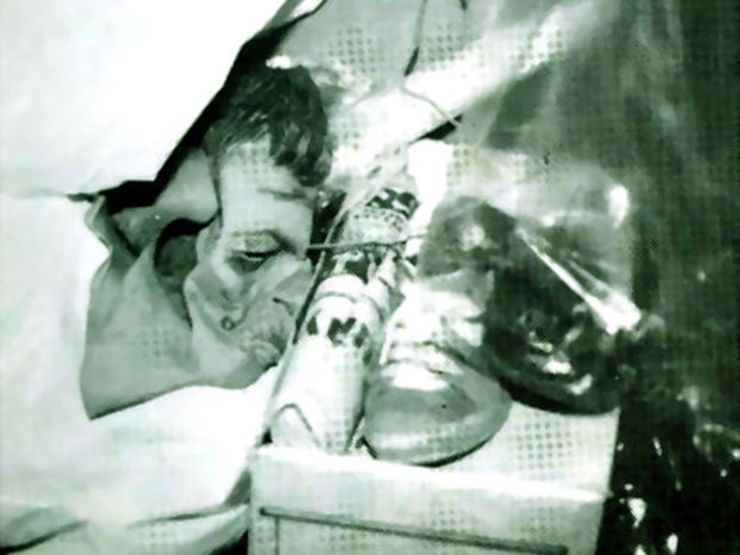 Police found a mask and other items in the bottom of the closet.

Randall Woodfield’s compulsion to assault and murder women continued throughout the early months of 1981. In February he killed a woman and her 14-year-old daughter in Mountain Gate, California. The same day he kidnapped, robbed, and raped an 18-year-old waitress. The next day, Woodfield did it again. By this point witnesses were all giving police similar descriptions of the assailant: an athletic white man who wore a band-aid or athletic tape over his nose.

Police believed Randall Woodfield was the serial killer they were hunting, so they focused their efforts on capturing him. Woodfield certainly fit the part: he had served time for assaulting women, he knew his way up and down the I-5 corridor, and he was personally acquainted with several of the victims. Eventually, a survivor of one of Woodfield’s many attacks picked him out of a lineup. Police got a warrant to search the room Woodfield was renting in Springfield, Oregon, and they found the evidence they needed to convict him: a spent .32 caliber bullet and the same type of tape that had been used to tie up some of the victims.

The I-5 Bandit, now the I-5 Killer, had been caught. Woodfield was found guilty of murder in Oregon in June 1981, and will spend the rest of his days in prison. Randall Woodfield has been linked to almost 20 murders, but he is suspected in many more, and some investigators believe that the count may be closer to 50, not including the dozens of rapes and robberies he also committed.

This story was first published on did you know?
Read More:
That One Time the Entire Choir Showed up Late to the Church Explosion
The Incredible Odyssey of Eva Peron’s Body
A Buried Treasure Worth Millions Could be Yours–If You Can Break These Codes

Want more serial killer stories? Sign up for The Lineup’s newsletter, and get the eeriest tales delivered straight to your inbox.