What Griffith stumbled upon that morning was a grisly scene: the terribly burned body of a young woman dressed in yellow silk pyjamas, her head wrapped in a towel. She had been shot and beaten to death. A selection from the Sydney police crime circular, released during the 1934 investigation, reads:

“Above are photographs of an unknown female whose dead and partly burned body was discovered under a corn sack … believed to be between 20 and 30 years of age, 5 feet 2 or 3 inches high, slim to medium build, light-brown hair, darker near the roots, and may have peroxided or bleached, bluish-grey eyes, plucked eyebrows, finger nails manicured to a point, and bearing traces of red cutex tinting.”

Related: A Body in Kentucky: The 30-Year-Long Mystery of “Tent Girl”

Because the corpse was so badly burned, identification was difficult. After the case went cold in 1942, the police made the controversial decision to preserve the body in formalin at the Sydney University Medical School, where it was displayed for public exhibition in hopes that someone would be able to identify the body now known as the “Pyjama Girl.” The corpse became a salacious tourist attraction, with hundreds of people filing past it every day. 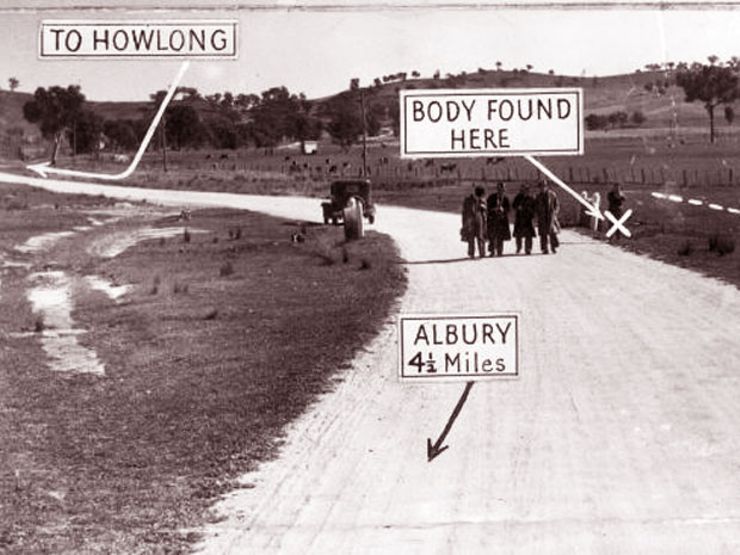 Spot where the body was found. Photo: The Daily Telegraph

Eventually, the relatives of two missing women—Anna Philomena Morgan and Linda Agostini—came forward. Both families believed the preserved corpse was their loved one.

An investigation commenced. According to dental records, Linda Agostini had four fillings in her teeth, while Anna Philomena Morgan had only two. Initially the examiner only found two fillings in the mouth of the Pyjama Girl, and when the body was removed from the formalin bath, two loose fillings fell to the floor. This led the authorities to conclude that Pyjama Girl was in fact, Linda Agostini.

In 1944, Linda Agostini’s Italian husband, Tony Agnosti, had returned to Sydney after being interred during WWII. The police commissioner promptly interviewed him, and he confessed to the murder of his wife.

Tony claimed he had accidentally shot and killed Linda while the couple was living in Melbourne. He then drove the body across the state border, dumped the body on the side of the road, doused it in gasoline, and set it ablaze.

Ten years after the body was discovered, the police finally had their suspect. Tony Agostini was tried for murder, but convicted on the lesser charge of manslaughter, and sentenced to six years in prison. Once out, he was deported to Italy, and died there in 1969. 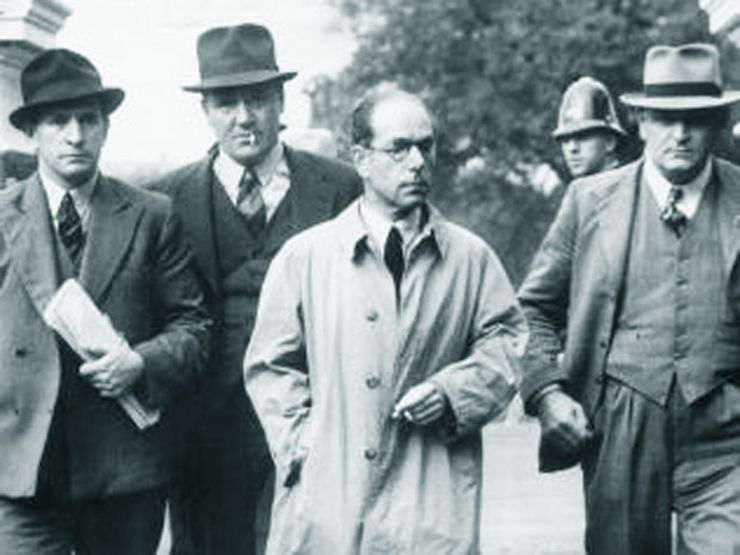 It should have been the end to Australia’s most notorious unsolved crime. However, some were still dissatisfied. Certain medical examiners noted that Linda Agostini’s eyes were blue, whereas subsequent examinations of the Pyjama Girl’s remains revealed that her eye color was brown. Linda Agostini reportedly had a different bust-line and nose shape than the Pyjama Girl. Though Tony Agostini testified to using petrol to burn the body, the medical examiner claimed it was done with kerosene. Furthermore, and perhaps most oddly, though he had confessed to the crime, Tony refused to admit that the Pyjama Girl was his wife.

In the 1940s, DNA evidence was obviously not an option. And though, today, there might be a chance for forensic testing to definitively solve the Pyjama Girl mystery, Sydney authorities have said they have no intention of reopening the case.

Was it really Linda Agostini whose body Griffith found along the road that day? We may never know. In either case, her death is no longer a mystery.