Was the 1945 “Pitchfork Murder” of Charles Walton the Result of Occult Activity?

On the day of his murder, Walton, a 74-year-old farmhand, went to work in the morning as normal in the town of Lower Quinton. His niece, Edith, with whom he shared a small home, grew concerned as darkness fell without any sign of him. Eventually, she set out to search for him, together with his employer, Alfred Potter, and his colleague, Harry Beasley.

What they found was shocking.

Walton’s body lie near a hedgerow, in the field in which he had been working that day. His bill-hook, a tool used for hedge-trimming, was buried in his neck. A pitchfork was also driven through his throat. The pronged tool had been plunged so violently that its prongs were bent back from striking the frozen ground beneath. Walton’s walking stick was found nearby with blood and hair on it, indicating a vicious beating. 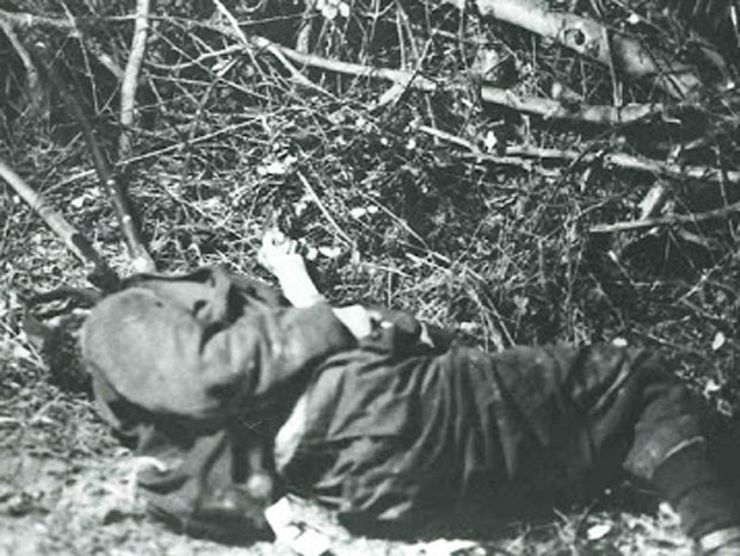 The murder was so brutal and so baffling, local police made the decision to bring in Scotland Yard. Upon arriving in Lower Quinton, Chief Inspector Fabian immediately started looking at those Walton interacted with on a daily basis as possible suspects.

Inquiries revealed that Walton’s employer, Albert Potter, was dishonest and bad-tempered. He was often late paying employees, as he was allegedly embezzling funds and juggling the remaining cash between creditors to keep them from finding out. Furthermore, when questioned, Potter’s story was inconsistent, changing several times during different interviews. Fabian considered Potter the prime suspect, but never gathered enough evidence to charge him.

When attempting to question locals about the crime, however, Fabian encountered a wall of silence. When villagers would speak, they said as little as possible. Some wouldn’t talk at all. Were they wary of outsiders? Or did they have something to hide?

The lack of possible suspects combined with the villagers’ eerie silence and the horrific state of Walton’s body led to a sinister rumor: Walton’s murder was occult-related. 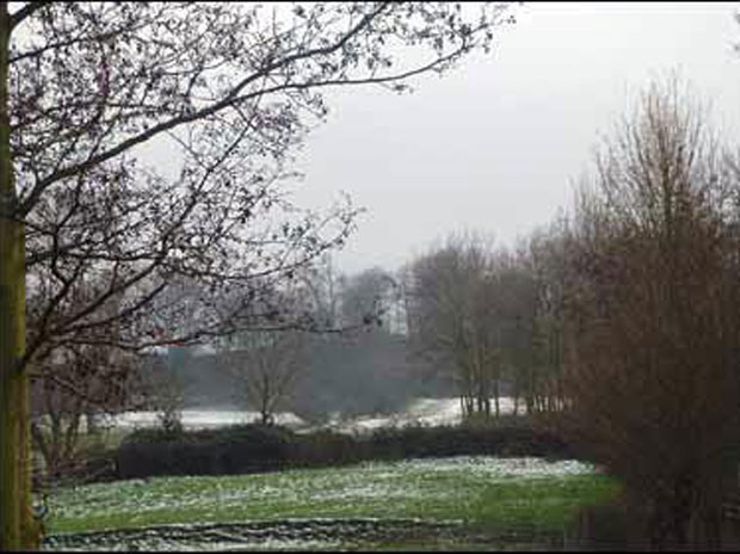 The location where the body was found. Photo: Real Crime

The location of the murder only fanned the flames of such rumors. The farmhand had been slain near Meon Hill, a place known locally for its supposedly supernatural links. Furthermore, Walton was killed on February 14. According to Wikipedia, that date, under the old calendar, marked the pagan festival Imbolc, leading some to believe the murder was part of some ancient ritual.

There were also rumors about Walton, himself, that suggested an occult-related murder. Some believed the farmhand to be a witch, with the ability to cast the evil eye upon fellow villagers, and famine upon fellow farmers. It is suggested that he had been blamed for a poor harvest in 1944, and was subsequently murdered ritualistically, so that his blood might soak back into the soil, and renew it.

Another rumor, occult in nature, spread in the wake of Walton’s demise: that a black dog had been seen lurking in the area where he died. The superstitious inhabitants of Quinton believed that black dogs were a harbinger of death. Even Fabian reported seeing a black dog while investigating near Meon Hill.

Related: 20 Unsolved Murders That Will Send Shivers Down Your Spine

It’s likely we’ll never know the truth about Walton’s murder. The perpetrator was never apprehended, and the motive never uncovered, making the bizarre and horrific case of the Pitchfork Murder the longest-running unsolved slaying in the history of the Warwickshire Constabulary.

At the time of his investigation, Fabian fervently denied any occult-related activity associated with Walton’s grisly death. However, 25 years later, Fabian made this ominous statement in his book, The Anatomy of Crime:

I advise anybody who is tempted at any time to venture into Black Magic, witchcraft, Shamanism–call it what you will–to remember Charles Walton and to think of his death, which was clearly the ghastly climax of a pagan rite. There is no stronger argument for keeping as far away as possible from the villains with their swords, incense and mumbo-jumbo. It is prudence on which your future peace of mind and even your life could depend