Philippi’s Mummies of the Insane

Inside a modest West Virginia museum are the mummified remains of two insane asylum inmates. 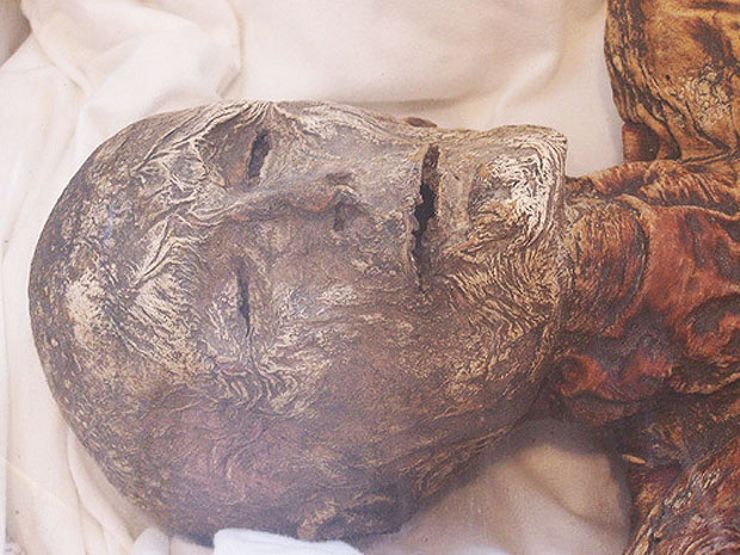 For many, mummies conjure visions of ancient Egypt or a bandage-wrapped Hollywood monster staggering toward some terrified victim. But not all mummies come from the Nile valley. In fact, there are a few homegrown examples right here in the United States.

One particularly strange case centers on Hamrick’s Mummies—named after their creator—or the Mummies of Philippi, in Philippi, West Virginia. In the late 1800s, a local farmer and amateur scientist named Graham Hamrick bought two cadavers from the nearby Trans-Alleghany Lunatic Asylum. Most accounts claim that both corpses were female inmates, though some say that it was a man and a woman. In either case, Hamrick intended to use the bodies as a final test for a mummification process that he developed.

Related: THE MUMMY MUSEUM OF GUANAJUATO

The farmer had previously experimented on various fruits and vegetables, as well as, at least according to legend, a snake and a human head. Hamrick’s intention was to recreate the mummification process used by the ancient Egyptians. He was so successful in his attempts that the Smithsonian offered to display his work if he revealed his embalming formula. Hamrick declined.

The secret went with him to his grave—though he is said to have left his recipe with loved ones along with preservation instructions to be used on his own body. For whatever reason, Hamrick instead received a traditional burial at Mary’s Chapel Cemetery. 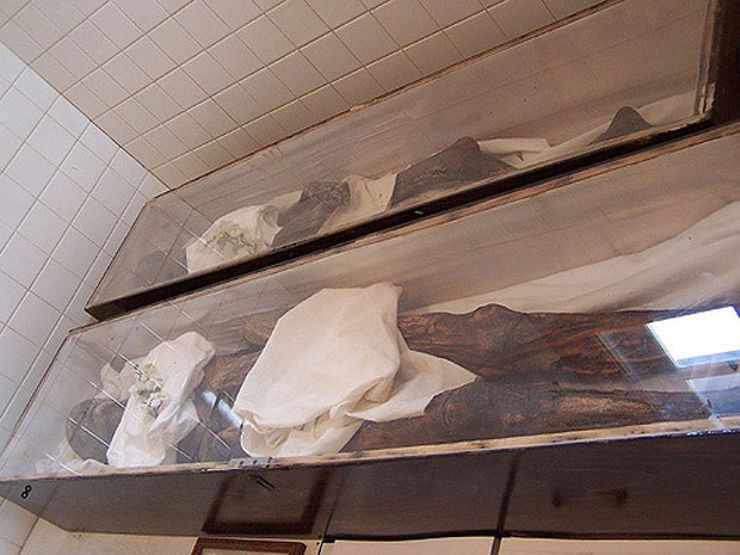 The odyssey of the Philippi mummies however, had only just begun. The preserved pair ended up in the P.T. Barnum circus by the 1890s, touring Europe with the traveling troupe.

They then returned to West Virginia, where they made numerous appearances at area fairs and public events. Ownership exchanged hands throughout the 1900s; for a while, the mummies were lost before being recovered in an old barn. A local resident then acquired them. So the story goes, this new owner safely stored the corpses under his or her bed for several years.

In 1985, a flood hit Philippi, plunging it beneath 30 feet of water. Once the levels receded, the drenched mummies were laid out to dry on the front lawn of the post office.

According to museum curator James Ramsey, of the Barbour County Historical Society, the floodwaters left the preserved cadavers covered in “green fungus and all kind of corruption.” The mummies were then cleaned and restored, and placed in the glass coffins in which they currently reside. Today, air wick disks inside the coffins help absorb moisture and cover up the odors of decay.

Following the flood of 1985, yet another deluge swept through Philippi, damaging the part of the museum where the mummies were kept. Consequently, the mummies were transferred to their current location—the bathroom of the tiny Barbour County Historical Museum. While it’s difficult to know for sure whether these two are the exact same “insane mummies” that Hamrick created all those years ago, all signs indicate that they are.

You can still see the Mummies of Philippi in their home town to this day. Be warned before you make the drive, however; the Barbour County Historical Museum is only open on weekends, and only then when there are volunteers available to staff it. So if you’re planning to visit, you might want to call ahead…

All photos used with permission by Bob Dalrymple