In 1612, a fear of witchcraft swept across northwest England and sent eleven souls to their deaths.

The country’s monarch, James I, was particularly invested in denouncing the dark arts; he even penned a book Daemonologie that endorsed witch hunting. At the time, citizens were persecuted for not attending the English Church and accepting communion. Justices of the peace were required to provide names of the religiously noncompliant.

Along with hunting down these recusants, one justice investigated a complaint of injury by witchcraft—and sparked one of the deadliest witch hunt hysterias of 17th century England. 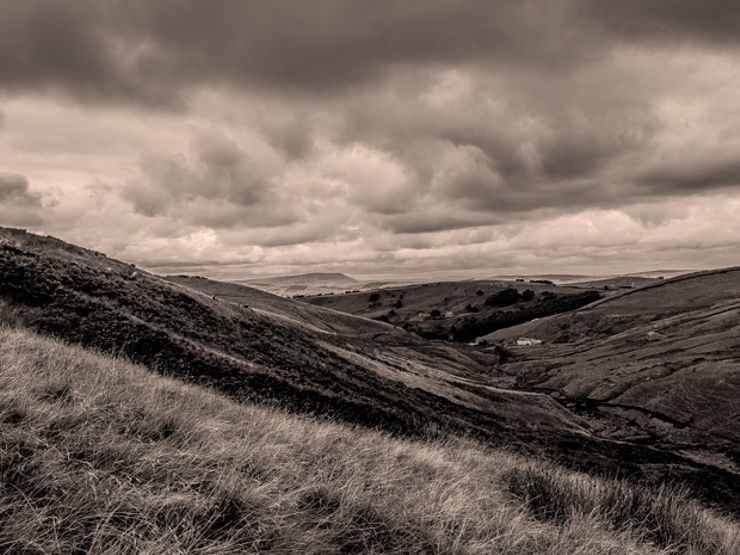 The Lancashire region of Pendle Hill was viewed as a lawless territory stricken by poverty in the early 1600s. Many found lucrative work in begging and magical healing. Two families in particular, known as the Demdikes and Chattoxes, were prominent practitioners around Pendle Hill—they were also competitors. Both families had powerful matriarchs; Elizabeth Southern of the Demdike clan was known Old Demdike, and Anne Whittle of the Chattox family was known as Old Chattox. The women, in their eighties, were blind.

On March 21, 1612, the lives of these families were forever altered. Pendle Hill magistrate Roger Nowell looked into a claim that Alizon Device, granddaughter of Old Demdike, used witchcraft to attack one John Law, a peddler from Halifax. As the story went, Alizon came across John Law and proceeded to beg him for metal pins—valuable tools for healing, divination, and spellcasting. When he refused to give her anything for free, an enraged Alizon reportedly put a curse on John Law with the help of her familiar spirit, which took the form of a dog.

Immediately, Law froze then collapsed. When he tried to speak, no words came out. Today, one might diagnose these conditions as a stroke. But as Alizon saw Law writhing about the ground, she was convinced of her magical powers. 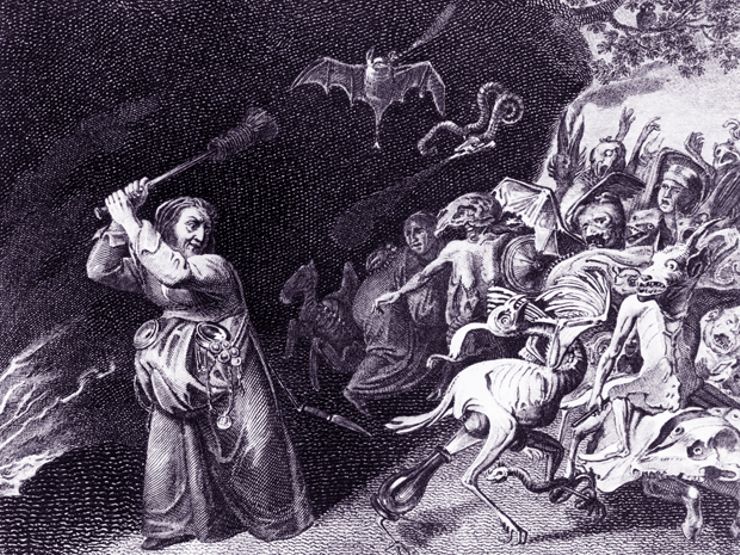 At the request of John Law’s son, Abraham, Alizon visited the ailing man several days later. Out of guilt, she confessed to witchcraft. Abraham Law then told authorities that Alizon Device of Pendle brought harm to his father through witchcraft.

Alizon was arrested and brought to trial, where she appeared with her mother Elizabeth and brother James. Without any coercion, Alizon confessed that she sold her soul to the devil, and used her nefarious powers to curse John Law.

The trial stoked fears of witchcraft around Pendle hill. James added fuel to the fire by claiming his own sister confessed that she once bewitched a child. Alizon’s mother, Elizabeth, confirmed that Old Demdike had a mark on her body associated with the spot where the devil would suck a person’s blood. Alizon was questioned about Old Chattox and took this opportunity to turn the Demdike-Chattox turf war ugly. 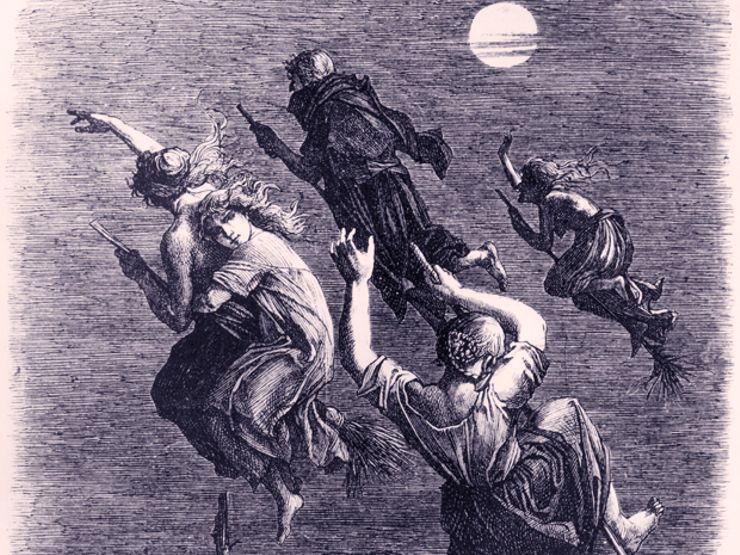 Alizon accused the opposing elder of killing four men, as well as own father, John Device, 11 years ago. According to Alizon, John was so fearful of Old Chattox and her powers that he paid her in pounds of grain every year. As he lay dying, John told the family that Old Chattox caused his suffering because they had not paid for that year’s protection.

Following Alizon’s trial, Old Demdike, Old Chattox, and Chattox’s daughter, Anne Redferne, were summoned to appear before Nowell on April 2. At this hearing, Old Demdike told the justice of the peace that she too had sold her soul to the devil 20 years ago. Old Chattox also confessed to giving herself to a “Thing like a Christian man” for the promise of anything she desired, including revenge. Anne Redferne made no such confession, but Old Demdike told Nowell she saw her fashioning clay figures in the form of individuals to whom harm would be transferred, a common practice of witches at the time. 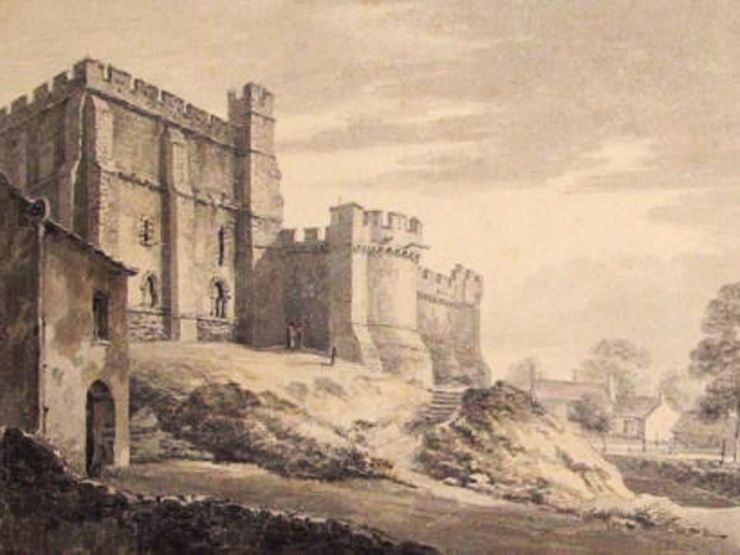 With little more than hearsay for evidence, Alizon Device, Old Demdike, Old Chattox, and Anne Redferne were sent to Lancaster prison to stand trial for maleficium. In 1612 England, that’s all it took. Yet the hunt for Pendle witches had only just begun.

RELATED: NECROMANCY: THE DARK HISTORY OF RAISING THE DEAD

As the accused languished in jail, Elizabeth Device held a meeting at the Demdikes home. Word got out about the gathering—including that a neighbor’s sheep was stolen to feed the group—and Nowell chose to investigate. As a result, eight more people were added to the Lancaster trials: Elizabeth Device, James Device, Alice Gray, Jennet Preston, Alice Nutter, Katherine Hewitt, John Bulcock, and Jane Bulcock.

Blind Old Demdike died in the dark dungeon while awaiting trial at Lancaster Prison. The rest of the accused Pendle witches were tried along with witches from Samlesbury on August 18 and 19. The proceedings were documented by law clerk Thomas Potts in The Wonderfull Discoverie of Witches in the Countie of Lancaster. Jennet Preston, who hailed from an area outside the Pendle jurisdiction, was sent to York to stand trial. She was found guilty of witchcraft and hanged in July 1612, the first to face the gallows. 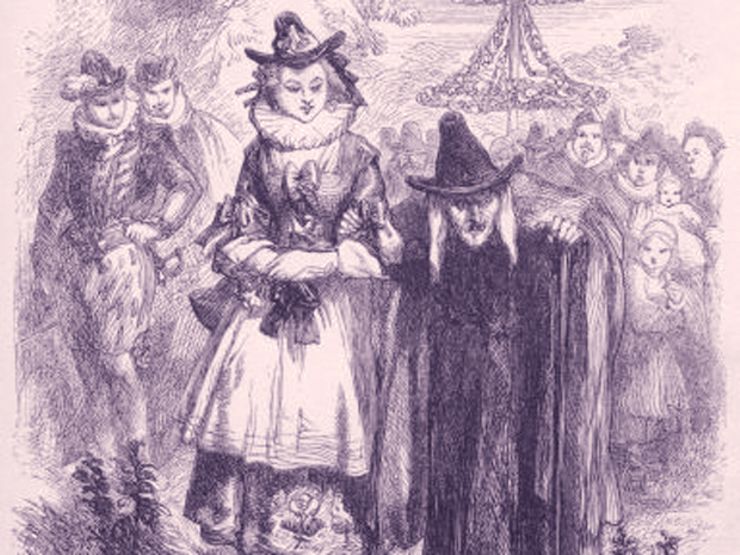 As for Elizabeth Device, her guilt rested upon the testimony of an unlikely key witness—Elizabeth’s daughter, Jennet, who was but nine years old. Jennet had to stand on a table to address the court, reporting that she believed her mother was a witch for several years and communicated with Ball, a dog familiar. Adult son James Device claimed his mother made clay figures of one of the victims. Jennet then claimed she saw her older brother speaking to a dog familiar to help him with witchcraft.

The verdict for both Elizabeth and James? Guilty.

The proof against Old Chattox came from a former resident in the Chattox home. He claimed that her status as a witch was common knowledge and suggested she once used her powers to turn a beer a sour. This, along with her incriminating statement to Norwell sealed her fate. She, too, was found guilty of witchcraft and sentenced to death by hanging. The matriarch asked God for forgiveness and to protect her daughter, Anne Redferne. Alas, her prayer went unanswered. 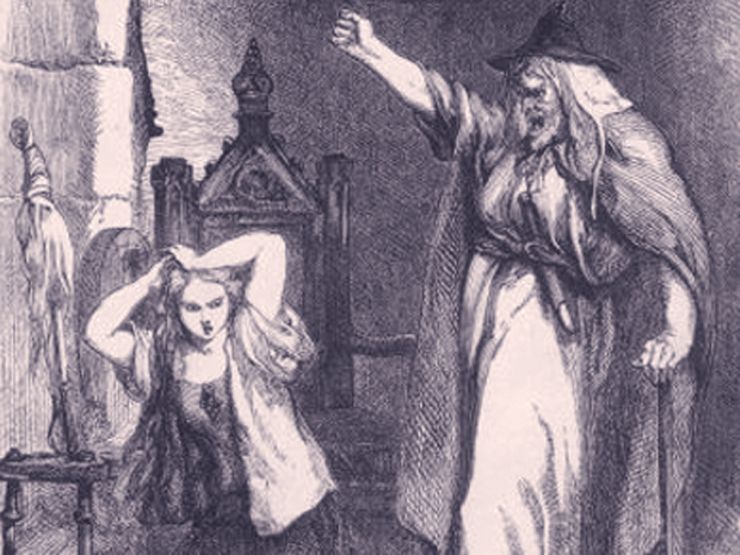 Alizon Device’s trial was perhaps the most traumatic. Her victim John Law appeared in court to accuse her of the crime. It was too much for Alizon, who firmly believed she had caused his sickness. She broke down and confessed to the crime.

Katherine Hewitt, John Bulcock, Alice Nutter and Jane Bulcock were found guilty in a similar fashion. The only one to escape the gallows was Alice Gray. Her trial must not have been sensational enough as it was omitted from Potts’ account.

On August 20 at Gallow Hills in Lancaster, the nine remaining Pendle witches were hanged for the crime of witchcraft. To this day, Pendle Hill lives in the shadow of its unsettling 400-year-old past.