Who Was Behind the Unsolved Tylenol Murders of 1982? 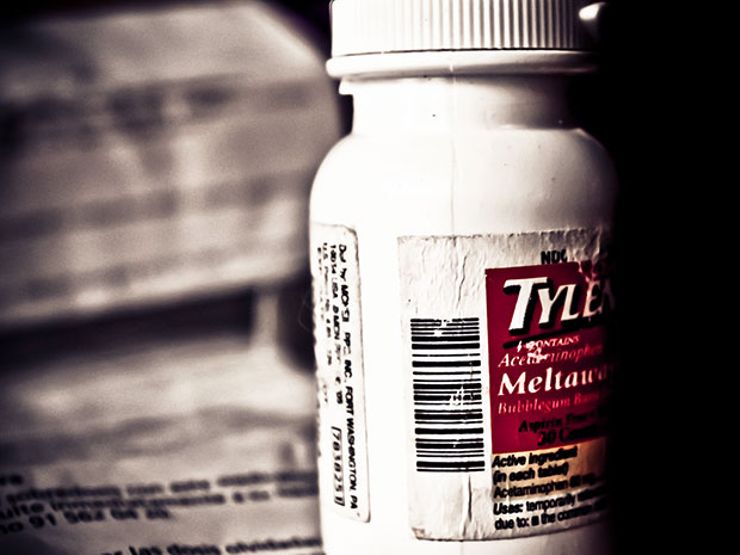 While I was not born yet and don’t personally remember the Chicago Tylenol Murders of 1982, I do feel like I have experienced some of the anxiety that has never gone away. Back then, bottles of pills did not have tamper-proof seals, just a cotton ball stuffed inside. My parents and grandparents often express concerns I don’t really have, concerns about the proper sealing of products, tampering, the fear that someone could have done the unthinkable: attempted to kill unknown persons through a drug that is supposed to make people feel better. When I heard about the murders, the fears suddenly made sense. It was an episode of the My Favorite Murder podcast that not only brought the crime to my attention, but also highlighted a theory so compelling, I had to investigate further.

Could the Unabomber Ted Kaczynski have been responsible for this act of domestic terrorism? 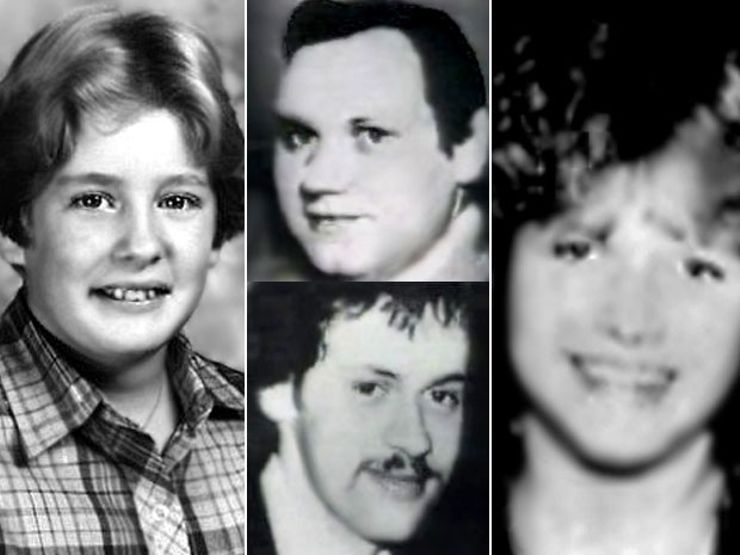 It was September 29th in Elk Grove Village, Illinois, and 12-year-old Mary Kellerman had just taken an Extra-Strength Tylenol, given to her by her parents. She had woken up that morning to a common cold—but hours later Mary would die in the hospital.

The same day, a 27-year-old postal worker by the name of Adam Janus of Lisle, Illinois, also died mysteriously, followed by his 25-year-old brother, Stanley, and Stanley’s 19-year-old wife, Theresa. They had all taken Tylenol from the same bottle, but no one had figured this out yet—including investigators who were at a loss as to what was going on.

The next person to die would be Mary McFarland, 31 of Elmhurst, Illinois. Her brother was quoted as saying, “she went in the back room and took I don’t know how many Tylenol—at least one, obviously—and within minutes she was on the floor.” Paula Prince, a 35-year-old flight attendant from Chicago and Mary Reiner, a 27-year-old mother of Winfield, Illinois were the next victims.

It was a nurse named Helen Jensen who first discerned the link to the Tylenol, but people would not believe her: “I said, ‘This is the cause.’ And of course nobody would believe me. And I stamped my feet. They said, ‘Oh, no—it couldn’t be. It couldn’t be.'”

When investigators did figure out the link, they tested capsules from the bottles and found them to be laced with potassium cyanide. They were so potent, in fact, that a single capsule could have provided thousands of fatal doses. 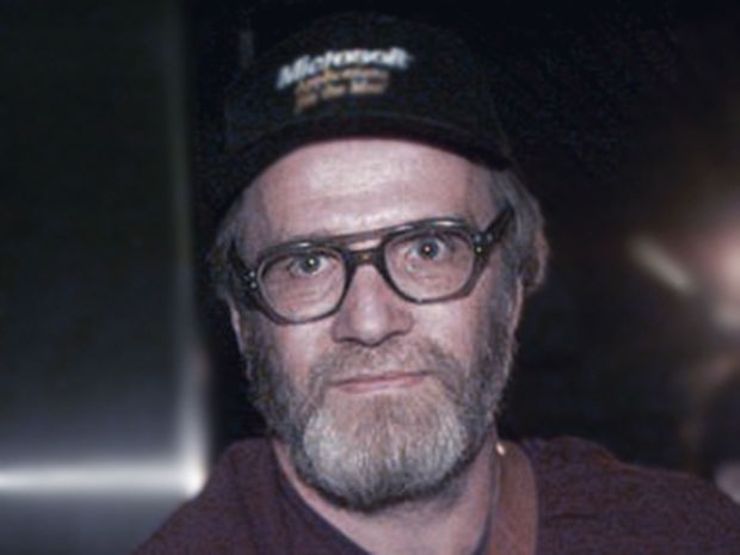 As the investigation continued, investigators found that the laced capsules had come from multiple different stores in the Chicago area, and also came from different packaging plants. They figured out that someone had gone to several drug stores and taken bottles, laced the pills with cyanide, and returned them personally to the shelves.

Warnings were broadcast on all news channels and police even drove through Chicago neighborhoods with loudspeakers, warning the public not to consume any Tylenol. A massive recall was soon underway by Johnson and Johnson, costing the company millions of dollars. Hospitals were suddenly crowded with people concerned they could have ingested the poison.

The prime suspect in the murders was James William Lewis from New York City. He sent a letter to Johnson and Johnson demanding one million dollars to stop more deaths from happening. There was no evidence linking him to the murders, so he was tried and convicted of extortion. No suspect has ever been charged with the murders.

Who was Ted Kaczynski? 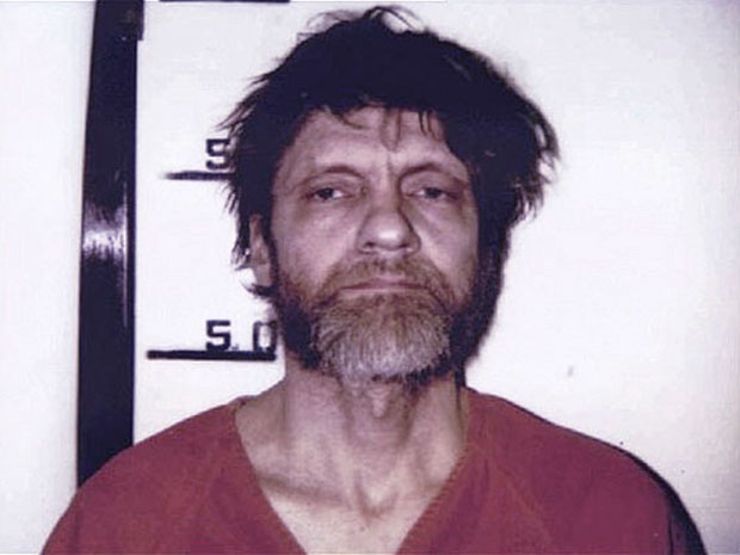 Kaczynski, known as the Unabomber because of the many homemade bombs he sent to various universities and airlines, was a reclusive mathematician who lived in a one-room cabin he built for himself in rural Montana. Considered a genius at a young age, Kaczynski entered Harvard at 16 on a scholarship. He earned a doctorate from the University of Michigan and took a teaching position at Berkley. He would last only two years before moving to the Montana cabin alone, where he grew his own food and began constructing an anti-technology, anti-government philosophy.

Related: 30 Disturbing Serial Killers That Will Terrify You

Starting in 1978, and lasting over the course of 20 years, he killed three people and injured 23 more with his strange brand of homemade explosive devices that were often built out of wood. In 1995, Kaczynski sent a 35,000-word manifesto to various news outlets, saying he would blow up a plane if his manifesto was not published. It was this move by Kaczynski that would finally see him caught—his sister-in-law recognized the letter as having possibly been written by him, and she and Ted’s brother David went to the FBI.

Kaczynski was convicted in January 1998 and is currently serving life in prison.

Much of the suspicions of Kaczynski’s guilt in the poisoning reads like conspiracy theory. However, back in 2011, the FBI began looking into the theory that he could have been responsible. They attempted to retrieve DNA from the incarcerated Kaczynski, who is currently serving his sentence in Florence, Colorado. Authorities did not announce why they wanted his DNA in connection with the case.

It is yet unknown if they received the sample from Kaczynski voluntarily, but they were preparing to get a court order if necessary. In a hand-written letter to the FBI, Kaczynski stated that he was innocent of the crimes: “I have never even possessed any potassium cyanide.” The FBI officially transferred the investigation back to the local authorities in 2013.

Ted Kaczynski outside his parents’ home in Lombard. Photo: Murderpedia

The deaths associated with the Tylenol poisonings all happened near Kaczynski’s parents’ home in Lombard, Chicago, 20 minutes from the area where the pills were linked. Online sleuths have even constructed a map of the locations of the re-shelved pills, and Kaczynski’s parents’ house is directly in the center. They have also constructed a timeline that could place Kaczynski in Lombard at the time of the poisonings.

Online conspiracy theorists find the “wood” link to be one of the most interesting pieces of possible evidence. It is true that Kaczynski had a “signature,” choosing several of his victims because of their names or their associations to wood or trees, as well as hiding twigs and sprigs inside his often wooden-made bombs. The most notable example is Percy Wood, the president of United Airlines, who was from Lake Forest.

Theorist point out that Robert Wood Johnson and James Wood Johnson were the founders of Johnson and Johnson. They also point to the locations of the tainted products: Woodfield Shopping Center, Elk Grove Village.

The one photo that authorities were able to capture of the possible Tylenol poisoner shows a grainy, bearded man watching Paula Prince purchase the tainted drugs. Though it was never determined with 100% certainty whether this was indeed the person responsible, FBI serial killer profiler John Douglas did state that the FBI considered the person in the video to be a prime suspect. At the time, they thought the person was James William Lewis, who also had a bushy beard. Theorists believe the man in the photo could also be Kaczynski.

It’s true that Kaczynski’s bombs had a randomness to them, and an indifference toward who, exactly, became a victim. His manifesto stated a hatred for all people, and that all people were his enemy. One theorist I read pointed to this passage from the manifesto, Section 145: “Imagine a society that subjects people to conditions that make them terribly unhappy, then gives them the drugs to take away their unhappiness.”

This story was first published on Hunt A Killer.
Read More:
What Happens to the Bodies of Famous Serial Killers After They Die?
Truth for Emmett Till
Friendship in the Fantastical Realm: The Parker–Hulme Murder Case and the Slender Man Stabbing

Want more true crime stories? Sign up for The Lineup’s newsletter, and get our creepiest cases delivered straight to your inbox.