He gently lifted a limp hand and pressed his lips to her palm . . . 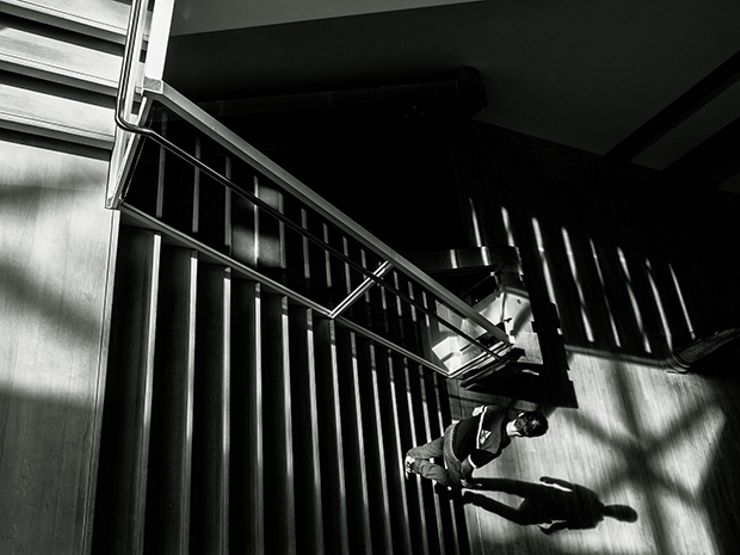 When the brutal death of her mentor Caroline Holt is ruled a suicide, investigative reporter Roni Mayfield is certain of foul play—especially after receiving a message of distress from Caroline hours earlier. Her body was found with its wrists cut, the gas turned up.

But what really happened to Caroline that night? What shadowy secrets are lurking below the surface in this eerie Nevada town, secrets Caroline may have become entwined with—that cost her her life?

READ ON FOR AN EXCERPT OF Carol Davis Luce’s NIGHT PASSAGE AND THEN DOWNLOAD THE BOOK ON Amazon, Barnes & Noble, and iTunes. 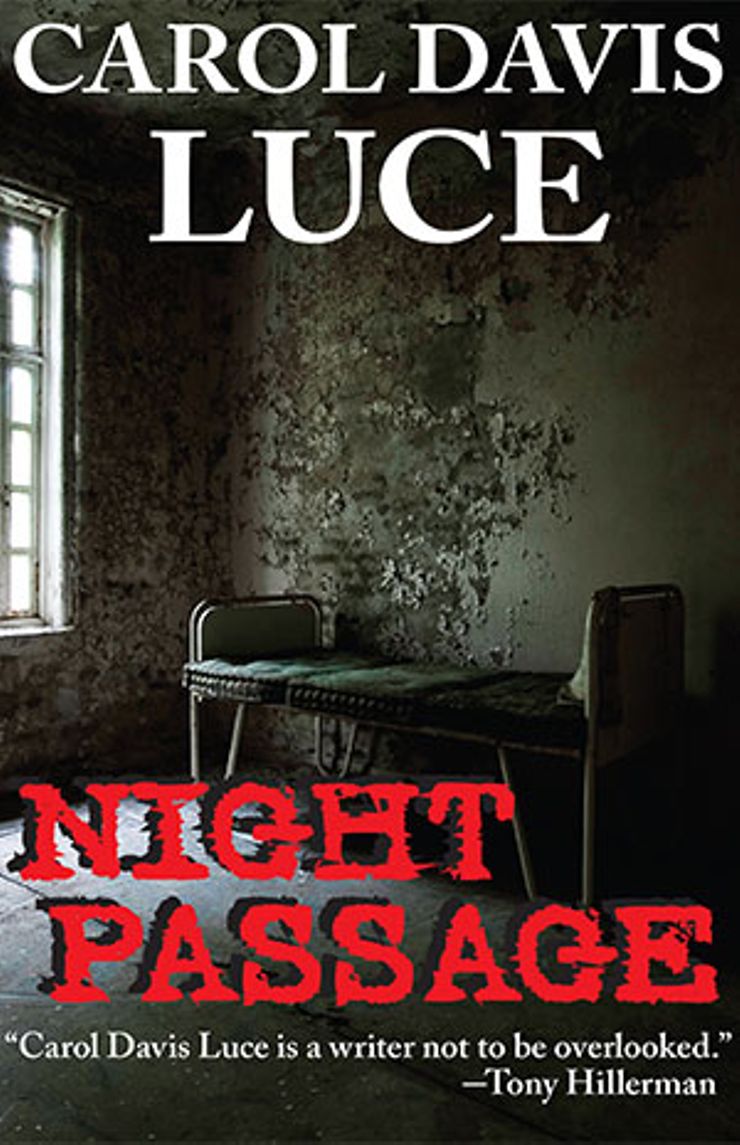 As he moved through the dark passageway beneath the streets of Eagleton he listened to the echoes, to the hollow underground sounds of scurrying creatures, dripping water, and his own heavy breathing. The insipid beam from a penlight danced several feet in front of him. Long shadows crawled up the walls, growing and stretching as he neared the ladder to the trapdoor that led into the house of a woman he once loved.

How long since he had come in this way, passion and exhilaration rushing through his veins like fire and ice, the world outside unreal, nonexistent? He felt exhilaration now, passion as well, but tonight both were different. For a long time he had thought about this. Exactly how he would do it.

He took the gloves from his pocket and worked his fingers into them. Then he climbed the ladder, opened the trapdoor, and pulled himself up into the tiny basement.

Silently, quickly, his footsteps muted by the gusting wind outside, he made his way through the large house to the dining room. Satisfied that a good measure of the brandy in the decanter had been reduced and that she and the boy had turned in for the night—the lights had gone out over an hour ago—he continued up to the second floor to her bedroom.

At the open door he paused, directed the beam of light at the foot of the bed, and let it slowly glide along her slender length to her face—pale, lovely, relaxed in sleep. If she sensed the light from beneath her eyelids, there was no indication. 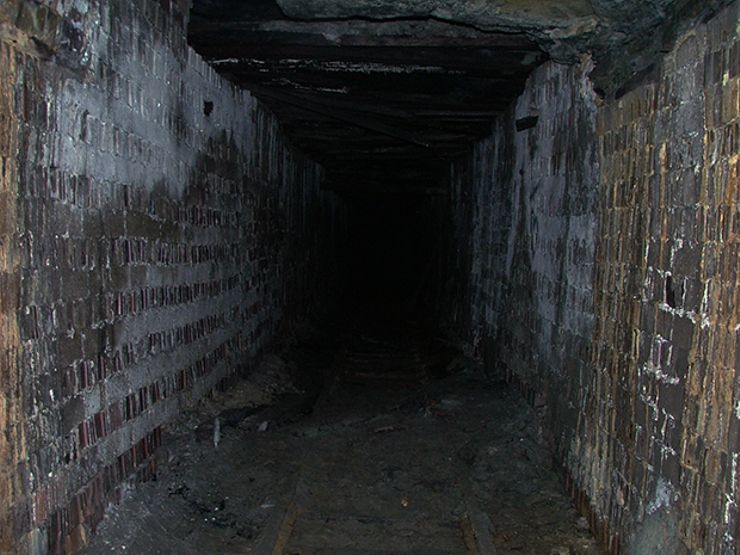 Holding the light on her face, he entered and went directly to the nightstand that had once, years ago, held her so-called shrine. All that remained of that ridiculous display was the wedding photo and the pocketknife. He stared at the photo, feeling a flash of pure hatred. He wanted to smash it. Wanted her to witness it, to see and feel her pain, let her see and know his pain.

Instead he lifted an empty glass by its stem and tipped it. A bead of amber-colored liquid, clouded with a powdery sediment, rolled at the bottom. He replaced the glass and lifted the pocketknife. In the moonlight the metal plate on one side glinted. It was too dark to read, but he knew what was engraved there. R Holt. He pulled out the smaller, sharper blade and turned back to the bed. Caroline Holt slept on her back, her arms at her sides. He gently lifted a limp hand and pressed his lips to her palm.

Her face in sleep was beautiful, serene. She had always been beautiful; even now with her illness, with dark smudges and tiny lines around her eyes, she was lovely. He felt the crushing ache pushing all rational thoughts away. She had done this to him, had forced him to kill. If he didn’t stop her, she would destroy him. 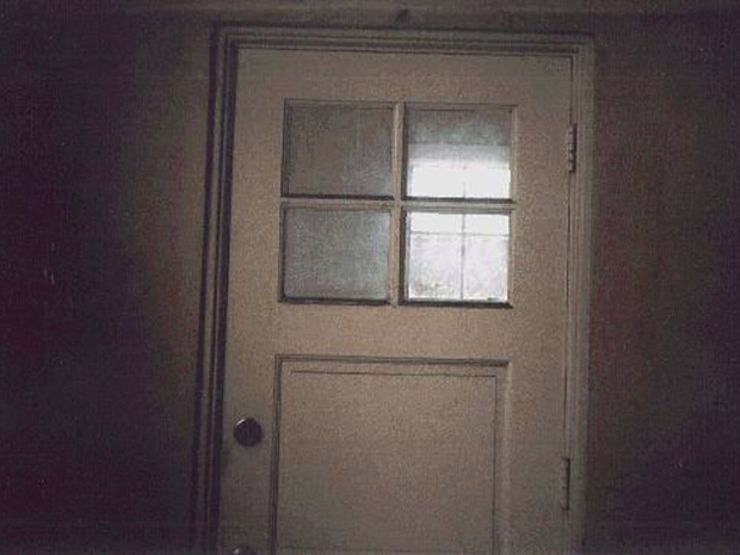 He raised his mouth from the soft flesh of her hand. He pressed the tip of the blade into the pale skin of her wrist and made several superficial cuts. Two tiny beads of blood formed and ran down her arm to the hollow of her elbow. Her hand lay limp in his. He sighed and pulled the blade away. He fit the knife’s handle in her right hand, then wrapping her fingers around it he drew the blade across the left wrist. For an instant the opening glowed bone white, then blood welled up and began to pour out. Fascinated, he watched. He repeated the process with the right, not going as deep, until both slim wrists were open, the blood flowing freely. He let the knife fall from her fingers onto the white quilt.

Her arm jerked upward, surprising him. A stream of blood darkened the front of his shirt and flew across the framed picture that stood on the nightstand. He took hold of both arms and gently pushed them down to her sides, securing them. Her eyelids fluttered, then opened wide to stare with surprise into his. Her direct gaze jolted him. He nearly released her. A moment later her lids lowered halfway to stare vacantly ahead. He felt a strong resistance in her body, an instinctive will to survive. His heart throbbed in his chest. He waited, his insides churning, until there were no more struggles, until her face turned ashen and her skin grew cold and clammy.

Finally releasing her, he lifted the framed wedding picture and carefully placed it facedown on her chest. He took the glass, went downstairs, rinsed out both glass and decanter in the kitchen sink, and returned them to the dining room. Back in the kitchen he lifted the stove top, blew out the pilot light, and turned on a burner. He listened for the hiss of escaping gas before making his final retreat to the tunnel beneath the house.

Want to keep reading? Download the book on Amazon, Barnes & Noble, and iTunes.