Netflix’s “The Keepers” is Your Next True Crime Obsession

By now you’ve probably heard that Netflix is set to release a new true crime docuseries that is being compared to Making A Murderer. The subject is a still-unsolved murder that took place in Baltimore in 1969, the victim a 26-year-old Catholic nun named Catherine Cesnik. The show also covers the influence that the Catholic Church may have had in covering up Sister Cathy’s murder, because the person (or persons) responsible were their own.

It would be inaccurate to say that the Catholic Church, as an institution, has been free of scandal and corruption, free of cover-up. In fact, it would be more accurate to say that the institution has a dark history of hiding the truth of what some of their higher ranking male members are doing behind closed doors. The Keepers appears to shed light not only on a single murder, but also on a history of sexual abuse of students at the all-girls Archbishop Keough High School as well as the violent cover-up that came later.

Background on the case 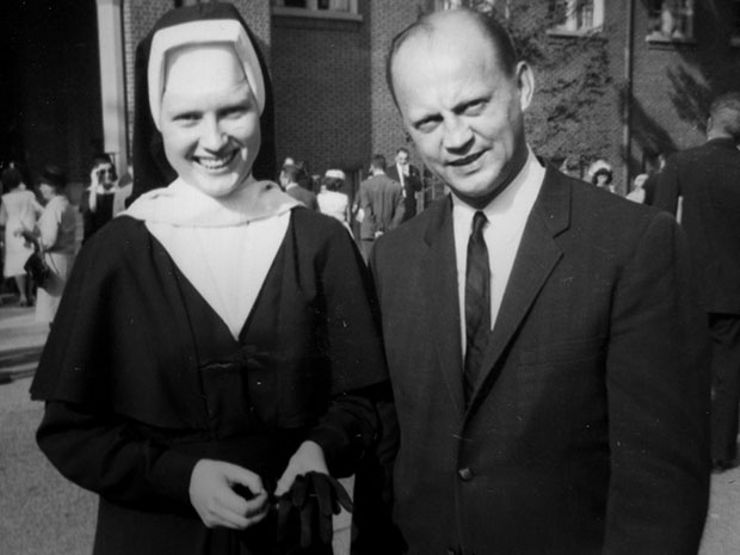 Sister Cathy was a well-liked English and Drama teacher at Archbishop Keough High School, a popular private school for lower-income families in Baltimore with an annual tuition of $200 (about $1,200 today). After a Roman-Catholic upbringing, she set out to become a nun in 1960 when she entered Convent School of Sisters of Notre Dame in Baltimore. Seven years later, after several years of teaching, Sister Cathy took her vows.

She had requested, and was granted, the option to live off campus with another nun, Sister Helen Russell. Her flat was a popular place for students to spend evenings talking and playing music. Sister Cathy had a very friendly relationship to her students, and by all accounts influenced them positively and with great care.

On November 7th, 1969, Sister Cathy left the flat to run some errands. It was the last time she was seen alive. When she did not arrive home by 11:00pm, Sister Helen contacted Father Gerry Koob and Father Peter McKeon, and when they arrived at the flat at 1:00 A.M., they decided to call the police.

The next morning, after a long night of questioning, the three would take a walk and discover Sister Cathy’s car parked near the apartment building, not in its usual place.

Two hunters would find Sister Cathy’s frozen body two months later on January 3rd, 1970. Autopsy results showed that she had been choked and hit over the head with a blunt object.

Suspicion was immediately cast upon Father Koob, who had had an intimate relationship to Sister Cathy. He claimed their relationship was not romantic, but a love letter was discovered by investigators that Sister Cathy had written to him. Nonetheless, Father Koob had an alibi for the night of Sister Cathy’s disappearance.

The case was handed over to county police after Sister Cathy’s body was discovered outside the limits of the city’s jurisdiction. The detective that handled the case for the first three months, Nick Giangrasso, had this to say 47 years later: “The Catholic Church had a lot of input into the police department. A lot of power.” The case went cold for 22 years. 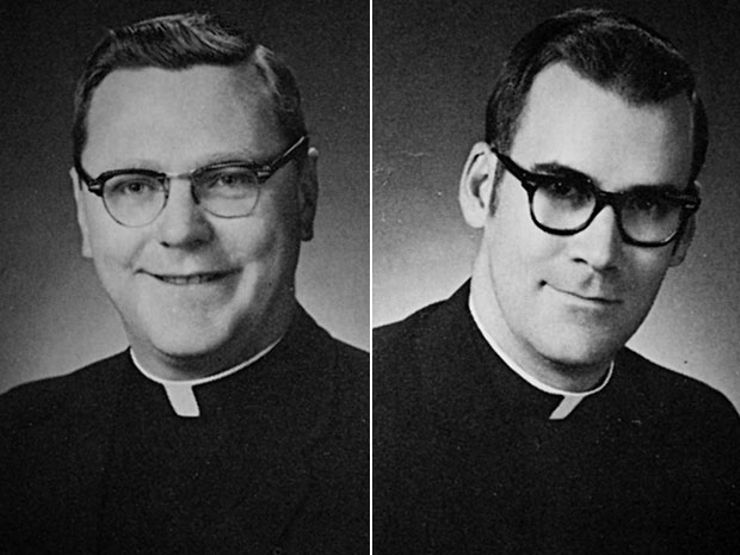 A former student of Archbishop Keough High School, Jean Wehner, attended during the time of Sister Cathy’s murder. She came forward in 1992 with a civil lawsuit claiming that she had been sexually abused by the high school chaplain, Father Joseph Maskell, who was in his late 20s. She also claimed that to keep her quiet, Maskell showed her Sister Cathy’s remains before they were found by police.

She told police that she tried to wipe maggots from Sister Cathy’s face. “You see what happens when you say bad things about people?” Maskell reportedly told her. The detail about the maggots initially made police suspicious of Jean’s story, as they assumed the freezing weather would have prevented maggots from appearing on the body. However, it would turn into corroborated witness testimony when the private autopsy results were found to note their existence on her remains.

“He terrified me to the point that I would never open my mouth,” Jean told Huffington Post. At her attorneys’ appeal, several other women came forward with similar claims of abuse. Teresa Lancaster, another former student, would join the lawsuit against Maskell. The claims also involved co-conspiracy by other powerful community members: Father Neil Magnus (who died in 1988), the director of Religious Studies (who died in 2006), and local gynecologist Dr. Christian Richter (who died in 2006, and who admitted that Markell would often be present in the room during exams). In addition, several of the women claimed that the men targeted more vulnerable girls and forced them to have sex with strangers, often uniformed police officers.

The Huffington Post wrote an in-depth article on the allegations in 2015. The descriptions of sexual abuse and rape by Maskell and others are incredibly disturbing, as are the means by which he silenced the victims. Jean recalled being terrified in his presence, but being unable to show it: “He pushed my face into a mirror and he said, ‘You look at who the whore is in the room. Don’t ever act like you’re afraid,’” she recalled.

The lawsuits alleged that the girls did not feel safe coming forward because Maskell routinely threatened them with a gun, with murder of themselves and their loved ones, and with punishments like being thrown out of school for drug possession. It was Sister Cathy that may have been the only one to try to stop the abuse which was becoming a full-blown pedophilia ring. Sister Cathy caught on to what was happening, and Jean says that she would make excuses for her when Maskell would try to call her to his office, where the abuse of her and many others often took place.

The suit was thrown out in 1994, due to a law stating that sex abuse suits had to be filed within three years of the date of the alleged abuse. Nonetheless, police opened an investigation into Maskell, who promptly fled the country, landing in Ireland where he died in 2001.

The Archdiocese of Baltimore was eventually forced to settled claims with at least 12 women who claimed abuse by Maskell.

The creation of The Keepers 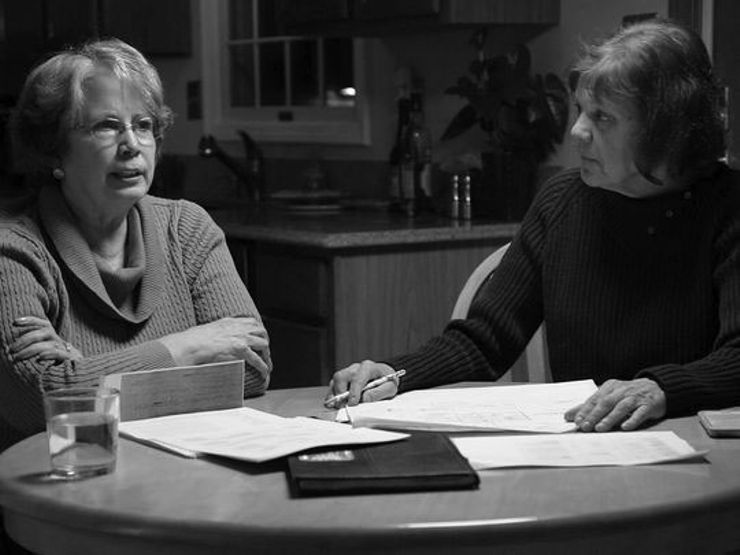 In 2013, two former students of of Archbishop Keough High School who attended the school at the same time as Jean and Teresa, found themselves with free time after their retirement. Gemma Hoskins and Abbie Schaub were not subjected to the alleged abuse but they have long been haunted by questions around what happened to their favorite high school teacher, Sister Cathy Cesnik, as well as what was really happening to girls at their high school. The two women spent a year researching the case and following up with abuse claims. The documentary, directed by Ryan White, follows this experience.

The series presents the theory that Sister Cathy was murdered by Maskell for speaking up, or for threatening to speak up, about the abuse. It also looks into the police and church conspiracy surrounding the case, as well as the claims made by what appears to be nearly 100 former students.

Director Ryan White had this to say about his experience working on the docuseries: “A major theme of this series is justice and injustice, and I believe, as an outsider having witnessed it now, that so many of the institutions and people that are tasked with protecting citizens or protecting children failed these people—and have failed them repeatedly over the last 45 years. And, in many cases, they’ve buried that truth. So what this grassroots movement has done is to allow some sense of justice—not literal justice or our typical definition of what justice means—but has allowed a kind of community justice for these people who know this has happened to them.”

The true crime genre, when done right, can be a tool against oppressive institutions with unchecked power. The institutions that abuse their power in order to take advantage of the less-powerful: in this case women and underage persons. Documentary work like this can shed light not only on specific cases, but on wayward political and religious structures that are designed to protect themselves at all costs, including taking a life that threatens to expose their heinous crimes. It also sheds light on the mysterious way that corrupt structures of power sometimes seem to be in cahoots. It takes courage to challenge these powerful institutions—and it appears that those behind The Keepers, and the victims it hopes to represent, have a lot of it.

All seven episodes of The Keepers will be available on Netflix May 19.

This story was first published on Hunt A Killer.

Living is Easy with Eyes Closed: The Story of Gypsy Rose and Dee Dee Blancharde

All stills from "The Keepers" via Netflix