Nannie Doss: The Giggling Granny Next Door Who Wiped Out Her Family 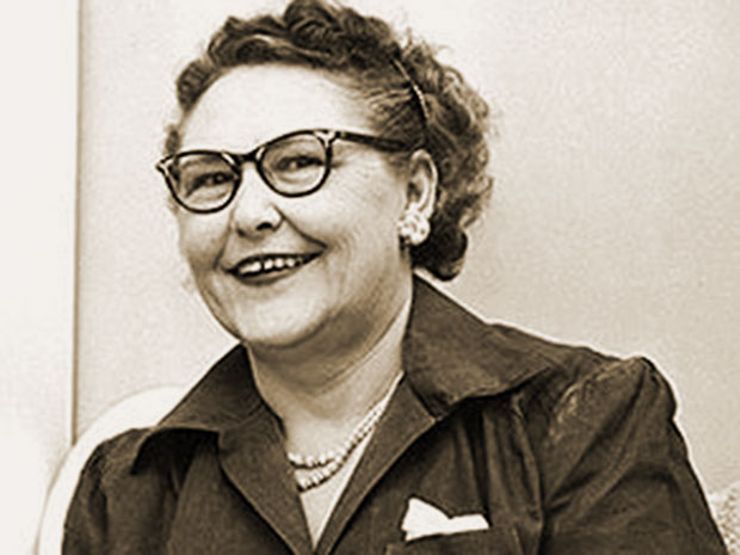 When the term “Femme Fatale” comes to mind, it is likely fraught with juicy film noir imagery: A sexy woman wooing the unsuspecting private eye into a tangled web of seduction and murder …

But—perhaps fortunately—such scenes are relatively rare in real life. In this gritty world, a femme fatale is less likely to look like Lauren Bacall, and more like your next door neighbor.

Such is the case with Ms. Nannie Doss.

Aptly nicknamed “the Giggling Granny,” Nannie was always considered an approachable woman—so approachable, in fact, that she married no less than five times! But, unlike other sparkling beauties who married multiple times, Nannie’s husbands all seemed to have something in common … except for one, they were all dead.

Nancy (“Nannie”) Hazel married her first husband at the tender age of 16 in 1923. She’d met Charley Braggs at the linen factory where they both worked. However, if the young Nannie had been searching for romance, she didn’t find it. Charley was the only child to a single—and very clingy—mother. The elder Ms. Braggs promptly moved in with Nannie and Charley after their marriage and never left.

Nannie soon bore four daughters, and her casual smoking and drinking became a daily habit. By the mid-1920s, two of Nannie’s girls succumbed to “food poisoning,” and Charley decided to call it quits. In 1927 he took their eldest daughter, Melvina with him, and Nannie took the newborn. 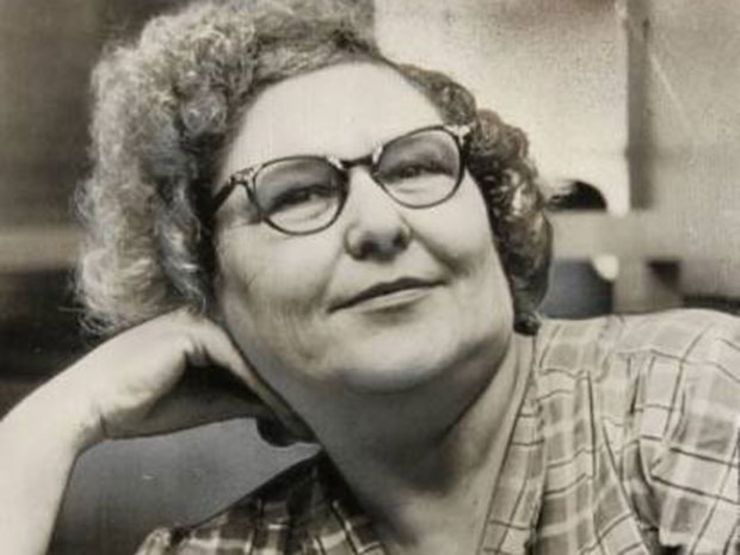 Charley always asserted that he left Nannie because he was scared of her. Good thing too. He was the only one who lived to tell about it!

Nannie soon moved to a nearby town and soothed her loneliness by reading romance novels. She also started reading “Lonely Hearts” columns in the local newspaper and responding. It was there that she came across the profile of Robert Franklin “Frank” Harrelson, a 23-year-old factory worker. They exchanged missives and baked goods and were promptly married in 1929. They lived together with Nannie’s two children from Braggs (Melvina eventually found her way back into Nannie’s care). However, after only a few short months together, Nannie discovered that Frank was an alcoholic with a criminal record of assault. Yet, despite that, the couple remained married for a staggering 16 years.

During this time, Nannie’s oldest child, Melvina, gave birth to Robert Lee Haynes. Another baby bump followed, and Nannie assisted with the birth. Sadly, the infant died almost immediately afterward. For her part, Melvina had been exhausted, but just before she fell asleep, she swore she saw Nannie holding her baby and thrusting a hatpin into its tiny skull. When Melvina asked her husband and sister what happened, they said Nannie merely told them that the baby had died—and they noticed that she was holding a pin. The doctors, however, never gave a definitive reason.

Melvina and her husband were grief-stricken and began drifting apart. They divorced and Melvina began dating a soldier. Nannie strongly disapproved of him though, and while Melvina was out, her son Robert died mysteriously under Granny’s care. The death was determined to have been from “unknown causes,” and two months later, Nannie collected the $500 life insurance she’d taken out on the boy. 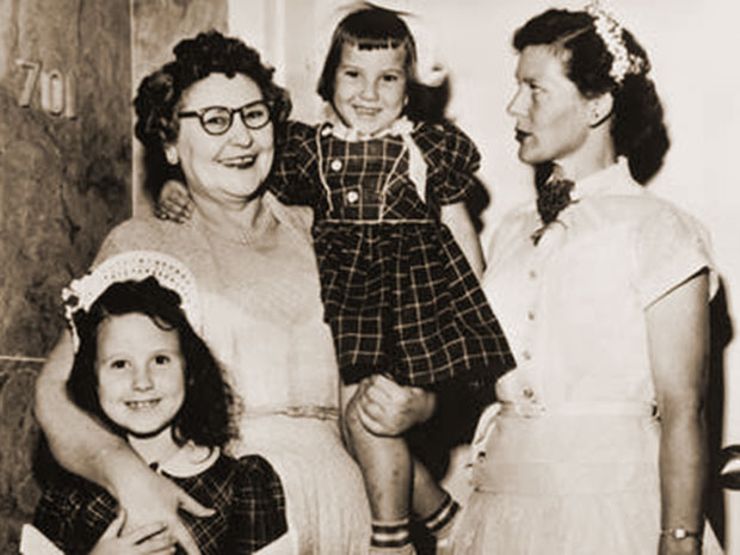 Nannie with her daughter, Melvina, and the (surviving) grandchildren.

Then, in 1945 (the day of Japan’s surrender to the Allied Forces), Nannie’s drunkard husband Frank went on a particularly bad bender. He came home drunk and reportedly raped Nannie. The next day, Nannie discovered his corn whiskey jar buried in the yard. So, she topped it off with rat poison.

Frank Harrelson was dead by that evening.

Far from being deterred in her never-ending search for love, Nannie met her third hubby through a Lonely Hearts column while travelling in Lexington, North Carolina. She married him three days later. The marriage was rife with trouble—like Frank, Arlie was an alcoholic and a womanizer. But, the neighborhood saw Nannie as a doting wife. When he died of what was presumed was heart failure, the whole town showed up and supported Nannie at the funeral.

Of course, the insurance money wasn’t quite enough for Nannie this time. She also torched the couple’s home (which had been left to Arlie’s sister in his will). The insurance money that covered the house went straight to Nannie.

Nannie’s fourth husband was a very short-lived affair. After only a few months of marriage, he succumbed to an unknown illness. Nannie had promptly poisoned him to death. 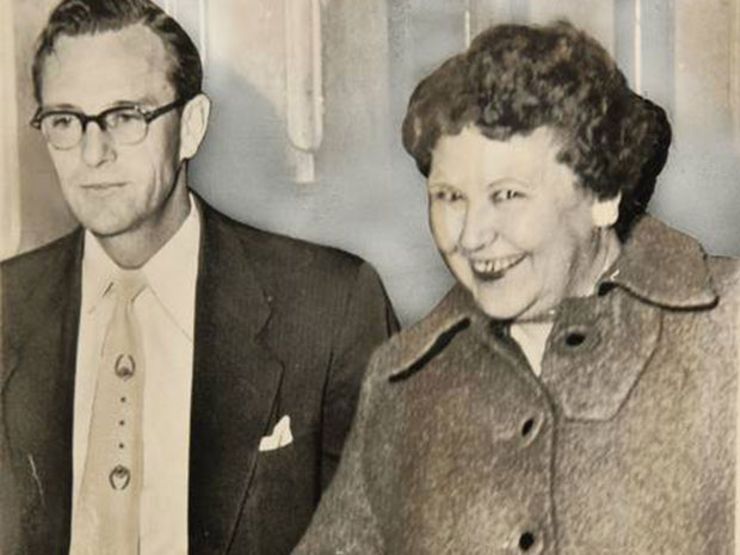 Finally, in 1953, Nannie met the man who would prove to be her undoing. His name was Samuel Doss. A clean-cut, churchgoing man, he disapproved of the romance novels and stories that Nannie loved so much. So, in September of that year, Nannie laced a sweet-potato pie (Samuel’s favorite) with arsenic. When he went to the hospital, they diagnosed a severe digestive tract infection. He was treated and released. Unfortunately, he died later that evening. In her rush to collect on the two life insurance policies she’d taken out on him, Nannie dosed him with as much arsenic as she could get her hands on.

Samuel’s sudden and violent expiration tipped off doctors who performed an autopsy. Reportedly there was enough arsenic in his system to have “killed 40 horses.”

In the end, Nannie Doss confessed to killing four of her husbands, her mother, her sister Dovie, her grandson Robert, and her mother-in-law (Lanning). She was sentenced to life in prison in the Oklahoma State Penitentiary.

Far from any sort of karmic justice, Nannie herself died peacefully from leukemia in 1965.