Caught by a Cord: The Murder of Nancy Titterton

She was strangled to death in her Manhattan apartment ... and the only clues to the crime was a lone horse hair and a piece of cord.

In 1936 New York, young Nancy Titterton—a rising novelist and wife of an NBC television executive—was murdered in her Manhattan apartment. Her grisly death launched a media frenzy, due in part to the Tittertons’ personal connections to broadcast journalism. Family, friends, and strangers all asked the same question: Who killed Nancy Titterton? And why?

The young woman’s future seemed bright; she had just been contracted to write her first novel, based on a short story she had published. Married for seven years, Nancy and her husband Lewis Titterton were reportedly as affectionate as newlyweds. Police soon ruled out the possibility of a crime of passion. Instead, they focused on scouring the crime scene for clues.

Her body was discovered on the afternoon of April 10—a Good Friday, that year. Two furniture repairmen found her. She had been raped and strangled to death, with her body left in the bathtub. The killer used Nancy’s own pajamas to commit the deed. 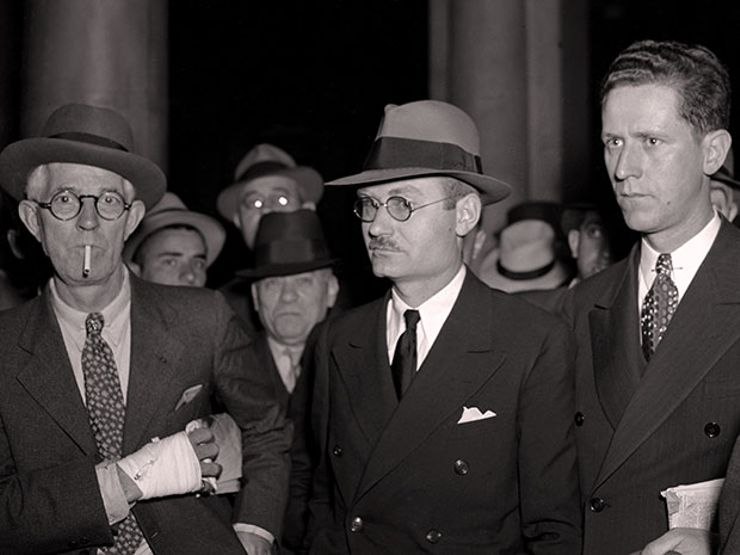 Lewis Titterton (center) as he appeared outside the courtroom for the trial.

All that remained by way of evidence was a 13-inch piece of cord and a single hair found on the bed. Initially, the hair was dismissed as Nancy’s. Upon further investigation, however, it was revealed to be a horse hair. While not immediately noteworthy—horse hair was often used as stuffing in upholstery—the strand became valuable once it was discovered that all furniture stuffed with horse hair sat on the opposite side of the apartment.

The cord, too, was a fortuitous discovery. It had slipped beneath the bathtub and was presumably used to bind Titterton before the killer cut her body loose—Nancy’s wrists showed signs of rope burn. In a case with so little evidence, the cord was a hopeful clue. Even still, solving the crime with nothing but some cord and a horse hair seemed exceedingly difficult to investigators.

The NYPD was up to the challenge. In fact, detectives managed to crack the case and locate the young woman’s murderer within just seven days of the crime—precisely by using the meager bits of evidence available to them. 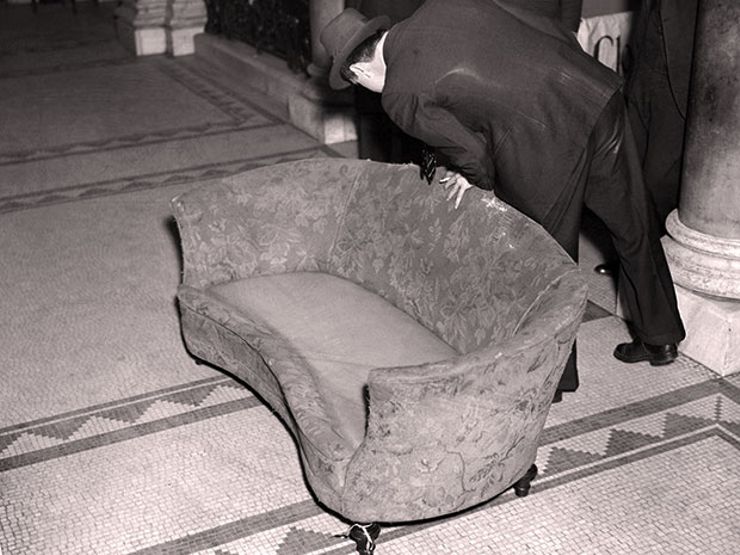 This love seat was used as evidence against John Fiorenza in his trial.

Focusing on the cord, detectives discovered that it was uncommon in make and texture. They sent out requests to every rope manufacturer in the surrounding area. Within days, they received word that their 13-inch strand matched a rope from a cordage company in York, Pennsylvania. Confirming this, detectives then tracked all buyers who had completed orders on the cord.

Amazingly, the hunt led them back to the furniture repairmen who first reported the body. Their names were Theodore Kruger, owner of a New York City upholstery shop, and Johnny Fiorenza, his young assistant who had previous run-ins with the police.

Related: MURDER IN THE BIG APPLE: THE MANHATTAN WELL MYSTERY

The men had arrived at Nancy’s apartment on the morning of April 10 to deliver a reupholstered sofa. What authorities discovered, however, was that Fiorenza had been to the Titterton home before. Just one day earlier, he had removed the sofa that needed repairing. It was then that he first noticed Nancy, and, according to authorities, became infatuated with her. 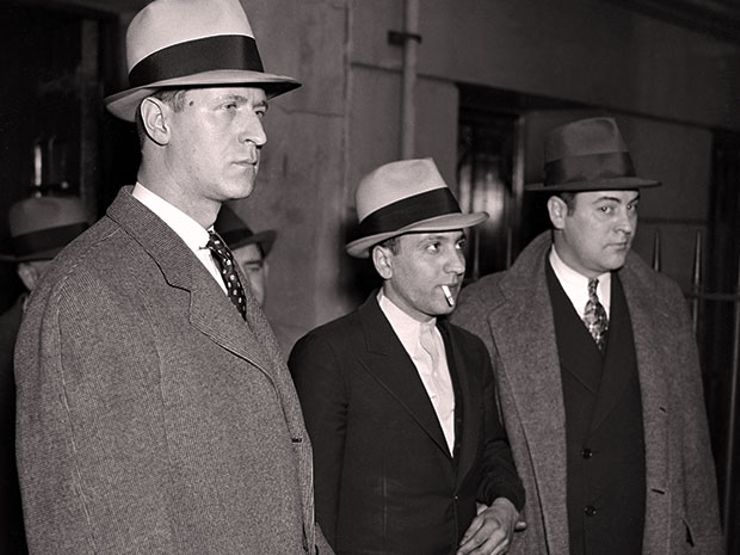 A cigarette dangling from his lips, his face a mask of stolid indifference, John Fiorenza is taken from Nancy Titterton’s apartment by Detectives George Swander (left) and James Hayden.

Fiorenza arrived early the following morning; he claimed he needed additional measurements for the delivery. Upon entering, the man expressed his desire for Nancy. When Nancy rebuffed his advances, Fiorenza grew violent. He attacked her, bound her and sexually assaulted her, then discarded her body in the bathtub.

Related: HER BODY WAS STILL WARM

Afterward, Fiorenza reported to work, returning to the very crime scene he had created later that day. The man assumed that no one would suspect him of the crime; he was, after all, one half of the duo who reported the murder. The forgotten bit of string, however, was enough to do him in.

Soon after his arrest, Fiorenza confessed to the crime. He claimed temporary insanity, but his plea didn’t work. Less than a year after he murdered Nancy Titterton, Johnny Fiorenza was executed at Sing Sing. 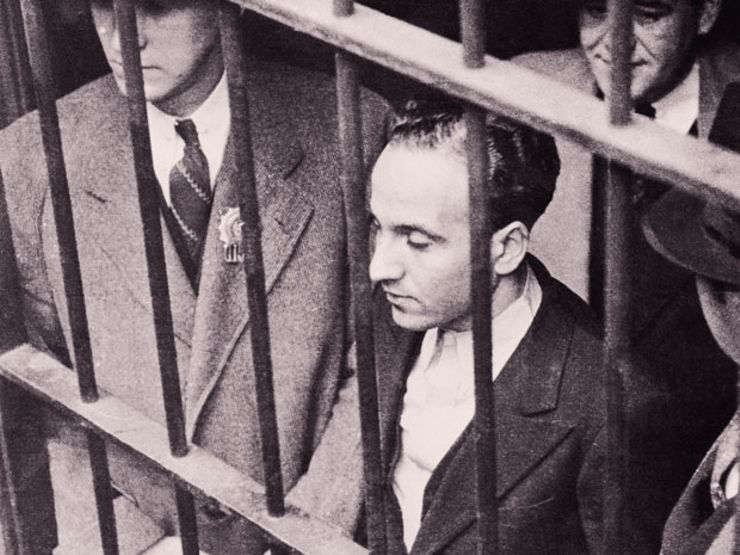