The Couple that Kills Together, Stays Together

A century before Bonnie and Clyde held up banks – and half a century before the Bloody Benders took out settlers on the prairie – there was another criminal power couple targeting travelers in the south. Their names were John and Lavinia Fisher, and they were in love.

Few records exist about Lavinia before adulthood, but we know she was born in Charleston, South Carolina, in 1793. Later, she met and married John, and the couple settled just outside the city. 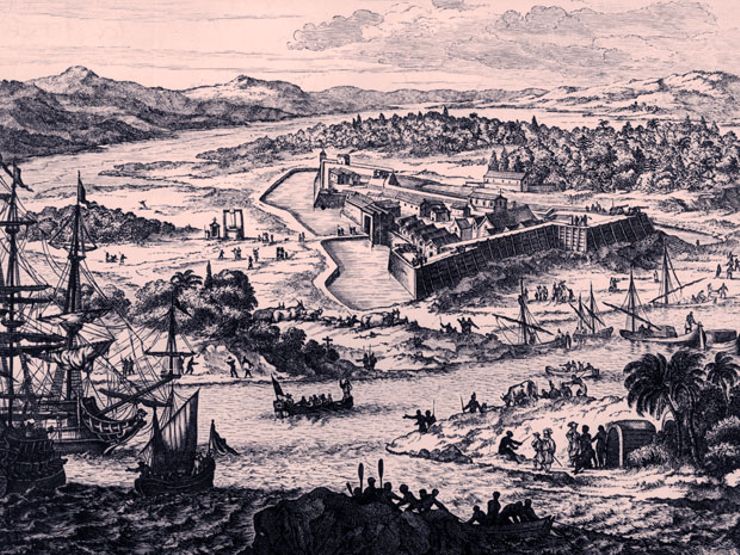 We know now that the Fishers robbed travelers passing near their home – a capital offense for which they were executed. But no one is sure how the couple committed their crimes, and that’s where their story has turned into a bloody, serial killing legend.

In one of the most persistent tales, Lavinia and John ran a country inn out of their home, called the Six Mile Wayfarer House. Travelers routinely stopped there to rest and water their horses.

The Fishers were quite liked throughout Charleston. So when whispers of robbery and disappearing travelers along their road began to circulate, no one suspected the young couple.

Yet not all was rosy in the back rooms of the Six Mile Wayfarer House. The robbery scam went like this: Lavinia marked single men who stopped at the inn. She’d chitchat with them in the parlor, attempting to discern whether they carried large sums of money. If so, she’d make them a cup of tea to take back to their room.

Unfortunately for the visitors, the tea was drugged.

After the target drank the toxic concoction and passed out in bed, John would creep into the room and stab the man to death. The pair would then collect all the dead man’s valuables.

Other versions of the story insist that Lavinia herself crept into the unconscious victim’s room. There, she pulled a lever that triggered a trap door below the bed, dropping him into a cellar pit lined with spikes. 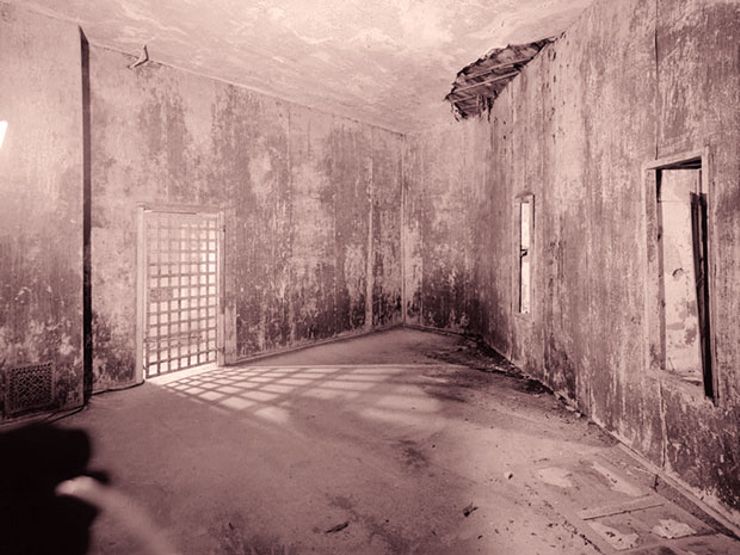 The man who finally took down the couple was a traveler named John Peeples.

If the legend is correct, Peeples arrived at the Fisher homestead, and although there were no vacancies, Lavinia welcomed him in and offered the man a cup of her home-brewed tea.

Peeples accepted out of politeness, though he disliked tea. While Lavinia’s back was turned, he poured out the cup’s contents.

Once again, Lavinia struck up a conversation with her guest, waiting for the deadly concoction to take hold. She asked question after question, yet Peeples remained lucid. Perhaps the tea was too weak …

Frustrated, Lavinia changed her tune about the vacancies. Turns out, there was a room available. Might he be interested in staying the night? 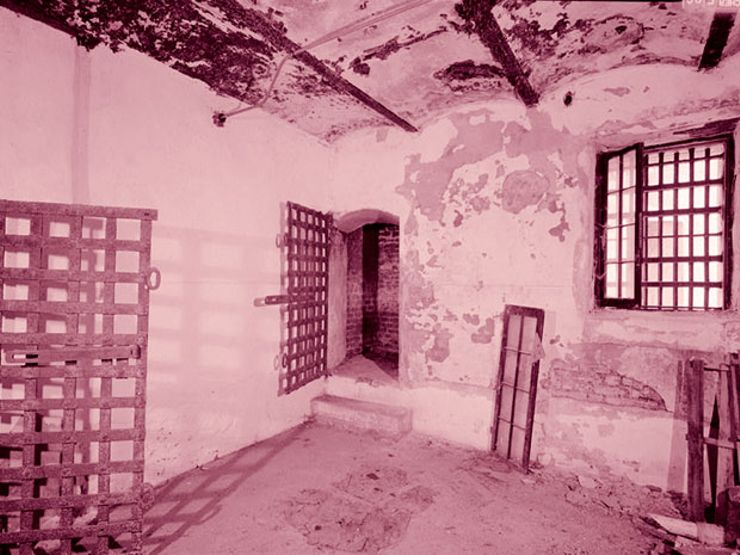 Peeples accepted, but suspected something was up. He feared being robbed, so instead of sleeping in the bed, he took to a chair next to the door. In the darkness of the night, a crash awoke him.

Panicked, Peeples escaped out the window and fled on his horse. He rode to Charleston, where he reported the strange incident to police.

Authorities marched out to the Fisher homestead, where they arrested Lavinia and her husband, along with two other men suspected of participating in the robbery.

In actuality, a search of the Fisher property did indeed reveal human remains. Yet, according to legend, police uncovered much more: the stashed belongings of dozens of missing travelers, jars filled with sedatives and poisons. And, of course, a trap door under the bed. 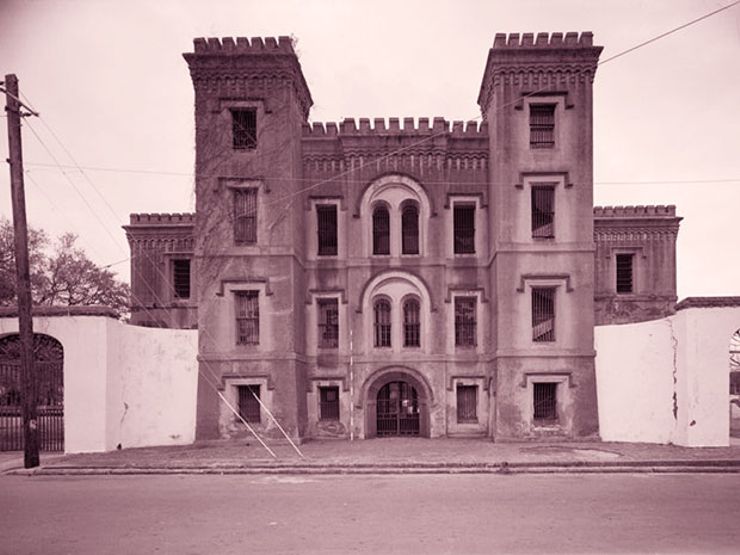 But that’s where the rumors ended – and the trial began. The Fishers pleaded their innocence, but the judge didn’t buy it. They were charged with highway robbery and sent to the fortress-like Old Charleston Jail to await their executions.

Since they were married, the Fishers were kept in the same cell. Soon, the couple attempted a jailbreak. John made it out, but the escape plan backfired, and Lavinia remained trapped behind bars. A loyal John refused to leave his wife and returned to prison to face death with Lavinia.

On the afternoon of February 18, 1820, John and Lavinia Fisher were sent to the gallows before a large crowd. John begged for forgiveness, claiming the justice system had done him wrong.

Lavinia, meanwhile, refused to walk to the gallows. Instead, police dragged her up the steps while she moaned and thrashed. 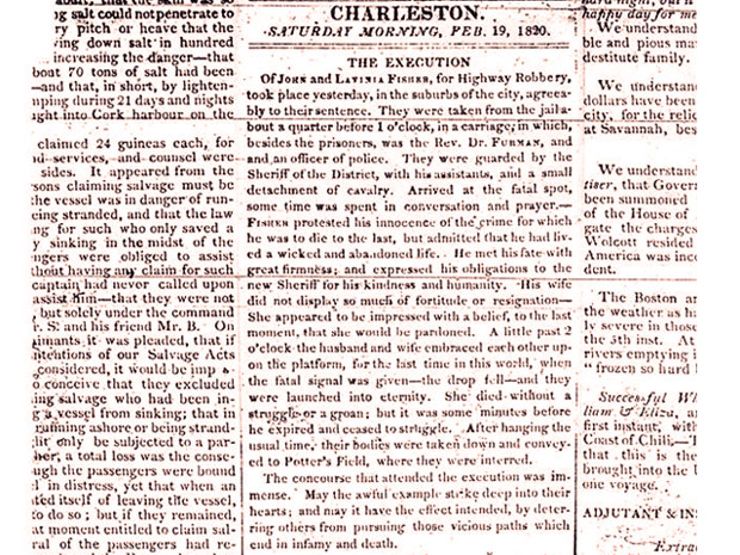 According to the Charleston Courier, the final moments before the hanging were a somber affair. John and Lavinia embraced one last time upon the platform. The signal was then given, the trap door dropped, “and the two were launched into eternity.”

The truth behind Lavinia and John Fisher remains highly debated to this day. They were officially hung for highway robbery – not murder – and some historians question whether they even ran an inn at all. A less shocking version of the John Peeples narrative has him merely being mugged while stopping for a rest.

More than likely, the Fishers were thieves who preyed upon travelers outside Charleston. Yet it’s easy to see why the alternative tale of poisoned tea and a cellar lined with spikes refuses to die – especially when one considers its shocking, apocryphal end.

Standing upon the platform with the noose around her neck, Lavinia glared at the crowd. She yelled out: “If you have a message you want to send to hell, give it to me – I’ll carry it.”

She then jumped off the scaffold herself to meet her maker – and her husband – in the afterlife. And with that, a legend was born. 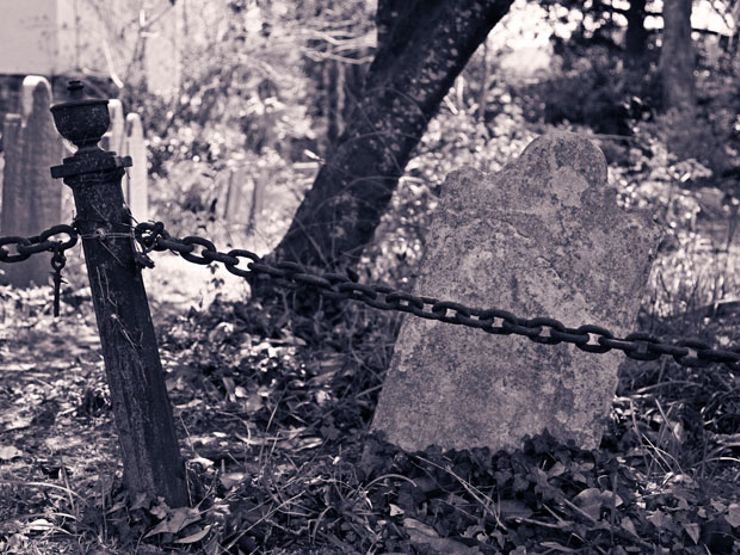 [via Murder by Gaslight; Legends of America; James Caskey]