This year’s film fest is a breeding ground for demons, gangsters, and bloodthirsty killers in very creepy masks.

It’s that time of year again. Film buffs are invading the Great White North for a peek at this year’s best mainstream heavyweights, experimental indie fodder, and prime Oscar bait. But we here at The Lineup know what you like.

So forget scrolling through a list of films longer than Whitey Bulger’s prison sentence. Check out our killer picks of the creepiest, darkest, and most thrilling movies from the Toronto International Film Festival. 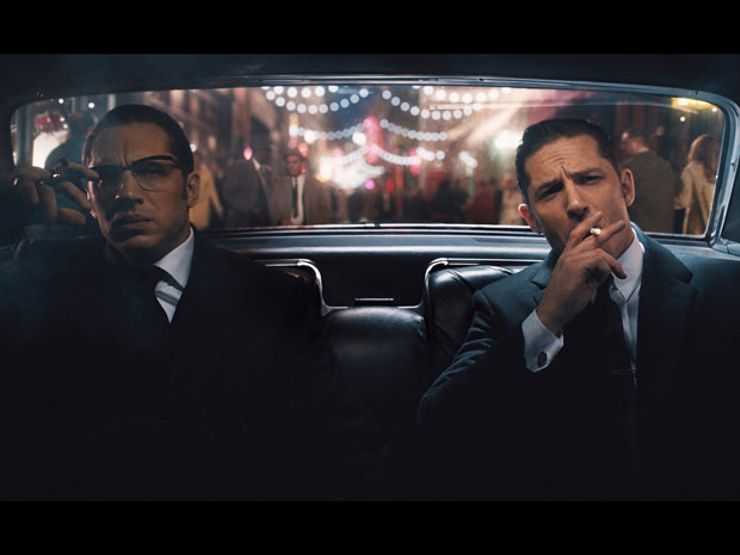 The first rule of TIFF: If Tom Hardy’s in it, check it out. And thanks to a little movie magic, this stylish crime flick has Hardy fans seeing double—literally. In Legend, Hardy plays the Kray brothers, identical twin gangsters who ruled East London in the 1960s. The killer drama from Mystic River writer Brian Helgeland is all anyone’s talking about. 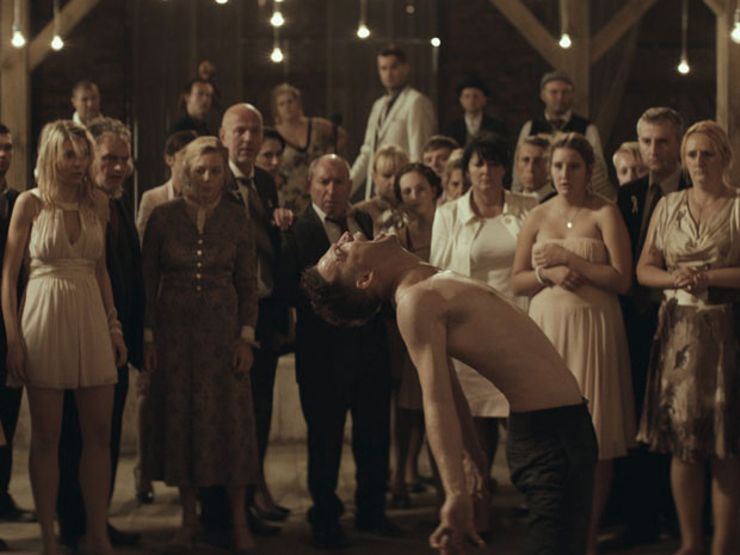 One of the creepiest films this year comes from Polish director Marcin Wrona, whose idea of a wedding includes a dead girl and demonic groom. A twisted spin on Jewish folklore, Demon unfolds via the bridegroom, Peter, whose grisly nuptial discovery—a bunch of bones buried beneath his newlywed home—turns his big night into a big nightmare. 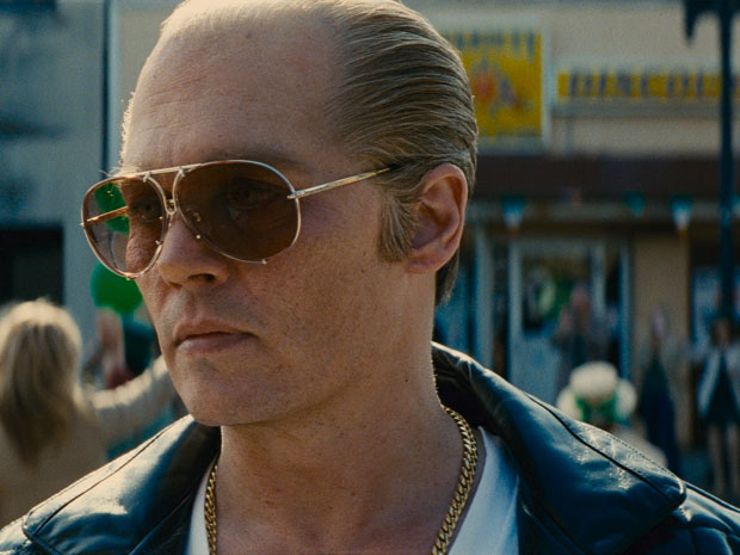 Whitey Bulger makes his debut on Canadian soil, and we’ll be first in line for the gangster saga about South Boston’s mob boss and his state senator brother. We’re not sure what’s more exciting: Depp’s return to Donnie Brasco territory or the fact that the man behind the lens is Scott Cooper of Crazy Heart fame. 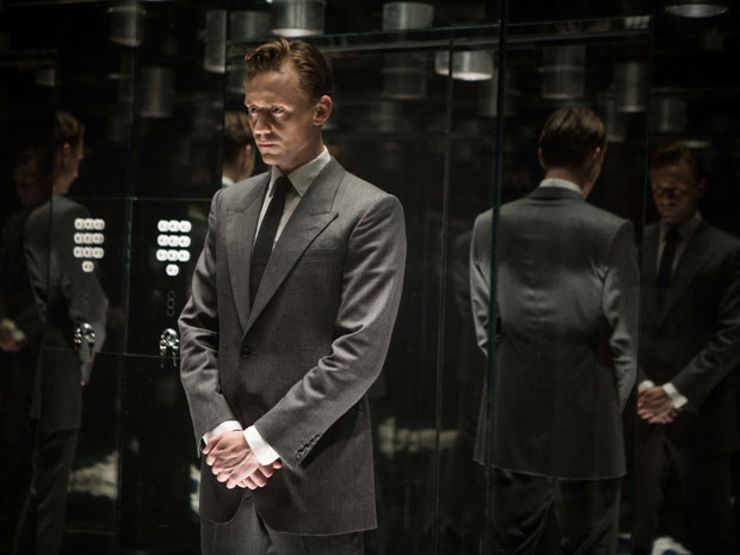 If you’re unfamiliar with the genre-bending British film legend that is Ben Wheatley, get on it. His latest, a sci-fi thriller about a London high-rise brimming with hedonistic residents whose neighborly ways skew more bacchanal than borrowed sugar, is on its way to theaters. 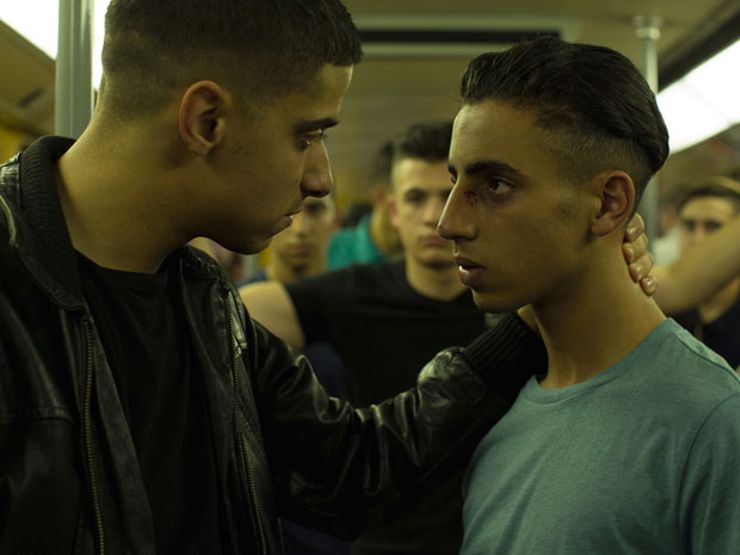 Yes, it’s Romeo and Juliet reimagined. But this gritty, fast-paced thriller about star-crossed criminals roaming the streets of Brussels is less celebrated romantic story and all modern Shakespearean tragedy. Mavela and Marwan belong to rival gangs, but when they’re attraction to each other takes over, the shit doth hit’th the fan. 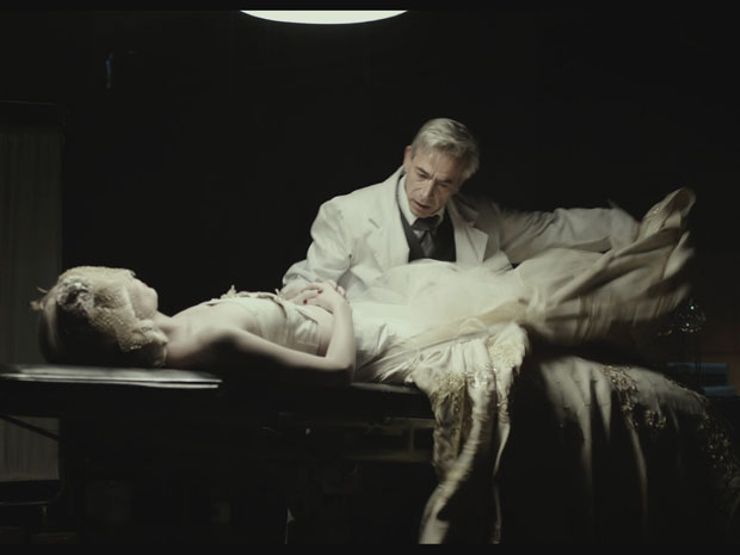 You’ve heard of Evita, Argentina’s beloved first lady and the subject of everything from Broadway musicals to Madonna-led movies. But it’s the deeply disturbing true story surrounding the abduction and disappearance of her dead body and the misogynistic admiral who wanted it destroyed that has us intrigued. 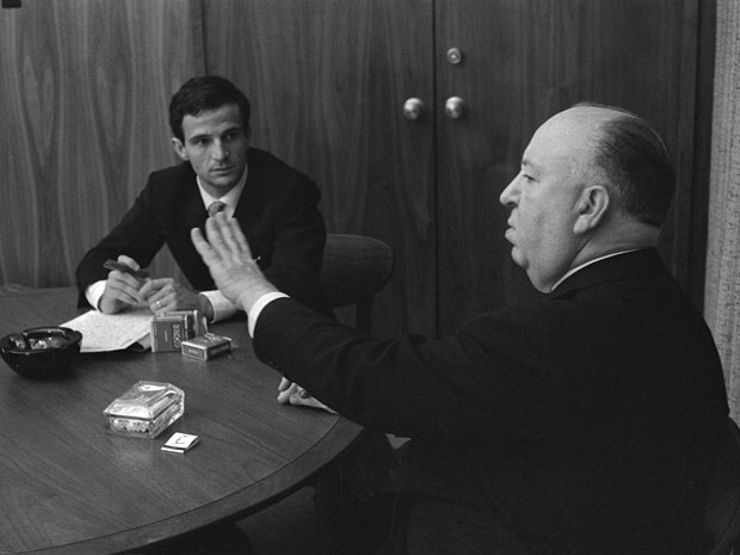 In 1962, French film critic/director Francois Truffaut began interviewing the master of suspense. That interview ended eight days later and resulted in one the most seminal books on the art of filmmaking. This is a documentary about that book and its influential subjects. Film buffs, prepare for a killer episode of vertigo. 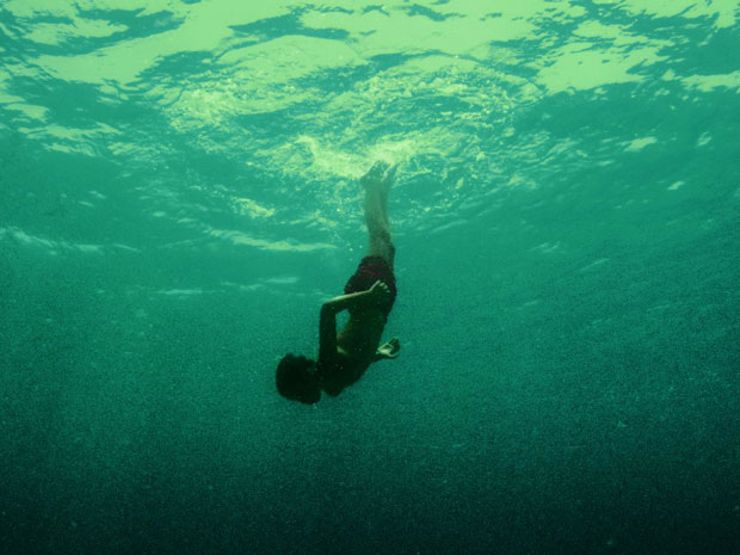 Ever seen Irreversible? Gaspar Noé’s unapologetically exploitative yet brilliantly directed thriller about a guy avenging his girl’s rape. Well, this French horror film about a boy who unearths the sinister secrets of his seaside village comes from Noe’s wife, Lucile Hadžihalilović. And its oddball Lynchian style just may have irreversible effects on moviegoers. 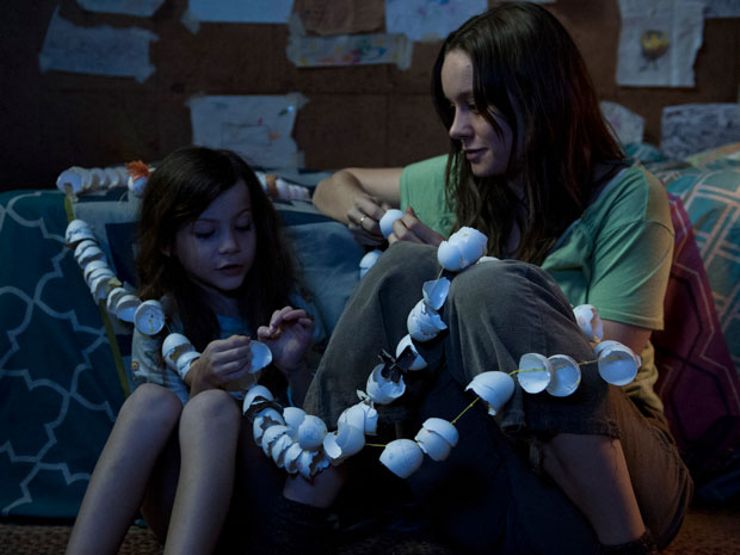 Emma Donoghue’s dark novel about a woman and her young son held captive in an underground shed is a powerful read, but the kiddie vernacular in which Room is written can be hard to get through. We’d much rather watch the hostage situation unfold on the big screen, via rising star Brie Larson and Irish director Lenny Abrahamson. 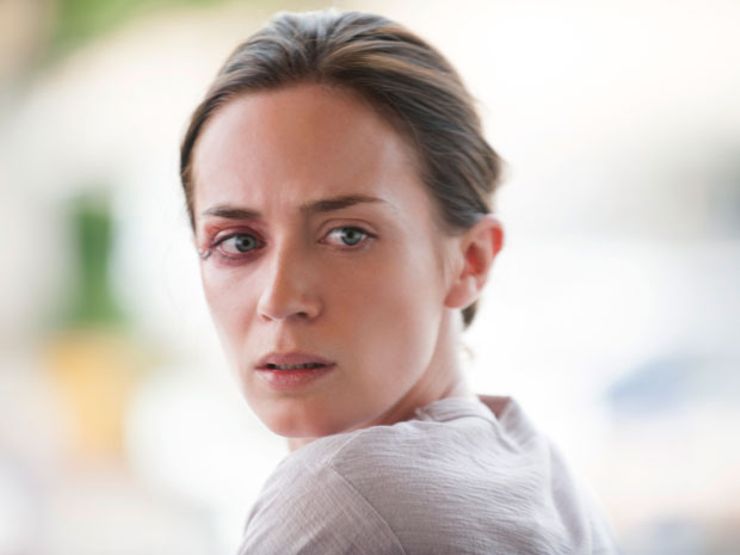 Emily Blunt. Benicio Del Toro. Josh Brolin. Psh. The name you want to know here is Denis Villeneuve. He’s the director behind unnerving films like Enemy and Prisoners. Here, he takes on the war on drugs, and you can bet it’ll be a cartel thriller that messes with the mind and makes Traffic look like an after-school program. 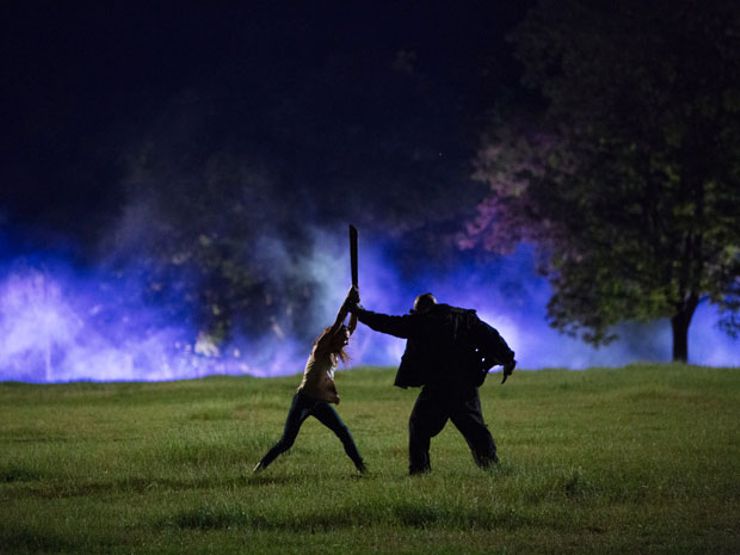 Here’s a meta one for ya: A girl grieving the death of her ‘80s scream queen mother mysteriously finds herself transported into the same slasher flick that served as her mom’s swan song. It fared fresher than fresh at SXSW earlier this year, and we expect it to do just as hands-in-the-air well with TIFF-goers. 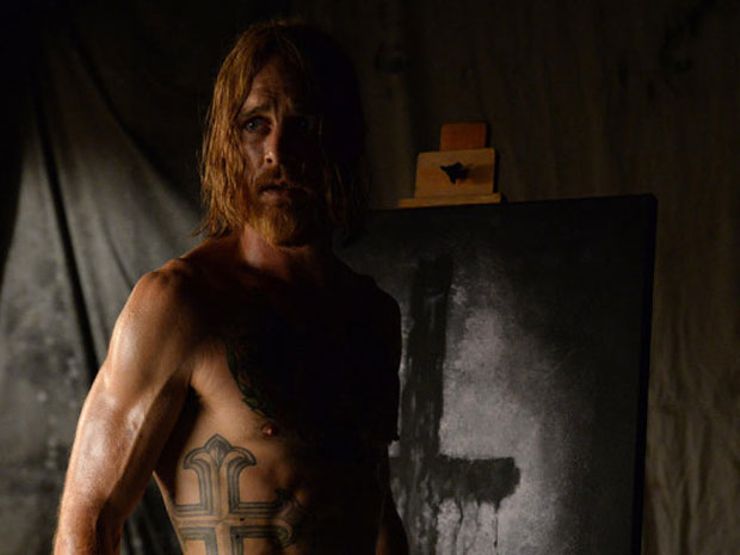 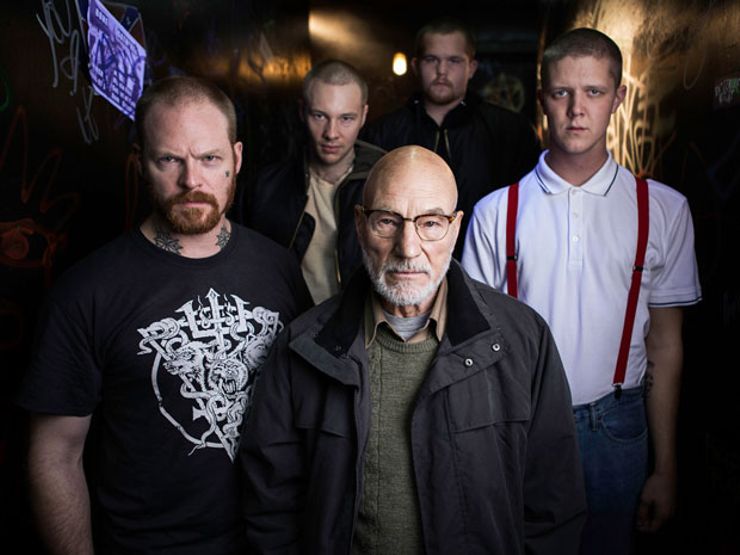 Another one that showed at South By back in March, Green Room is the latest from Blue Ruin director Jeremy Saulnier, and it’s a grisly thriller doused in blood. A touring punk band witnesses a murder shortly after wrapping up their gig at a Neo-Nazi dive bar. Now, they must escape the skinhead culprits or become their next victims.

TIFF runs September 10-20. For tickets and information, go to tiff.net.

All stills courtesy of the Toronto International Film Festival