However, it should be noted that there also has been a remarkable series of crime novels in recent years by Irish writers, who on a per capita basis may be the most accomplished authors in the mystery world. John Connolly and Ken Bruen have been the biggest names and most successful of this national coterie, but they have been joined by such outstanding authors as Adrian McKinty, Tana French, Declan Burke, and Benjamin Black, the pseudonym of John Banville. Among the most consistently outstanding of this new generation of novelists is Stuart Neville, who lives in Belfast, Northern Ireland, and sets his superb noir books there.

His first novel, the memorable The Ghosts of Belfast (published in Great Britain as The Twelve), is a an examination of the aftermath of what is known in that part of the world as the Troubles, which looks at the conflict between England and Northern Ireland that exposes the suffering that still smolders beneath the surface of reconciliation and the duplicity that somehow remains in place while the countries attempt to sustain the peace. 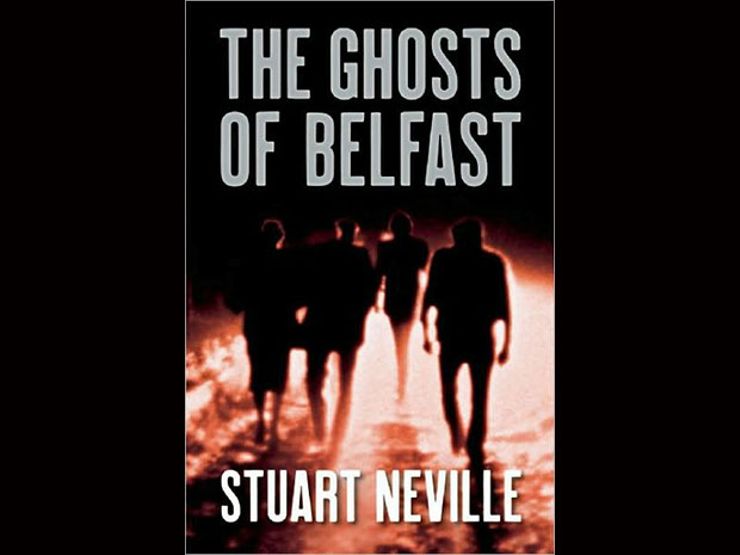 A former paramilitary killer is haunted by “ghosts,” his victims – twelve souls who follow him through his troubled days and drunken nights. He determines that he can find peace only if he wreaks vengeance on those responsible for their deaths: selfish politicians, corrupt security forces, cold street thugs, indifferent bystanders who let the violence happen. His crusade threatens Northern Ireland’s peace and may even bring down its struggling new government, so both old friends and enemies want him out of the picture. A double agent who has clandestinely operated between the terrorists and those dedicated to peace decides to eliminate the killer, but he has very personal reasons for doing it. He wants the secrets of a dirty war in which he played a major role to stay buried.

The tremendous success of this debut was followed by three more books, Collusion, Stolen Souls, and the badly-titled Ratlines, all of which were first-rate, but it’s possible that his best book yet is the just-released suspense novel, The Final Silence.

It is disorienting for readers of mystery fiction to know exactly who did it – who committed murder – right from the start. It seems all wrong, somehow, to know that, when we’re accustomed to the chase, when we’re comfortable with the detective hunting down the bad guy and bringing him to justice. That is not what happens in this tour-de-force of a novel.

We are introduced to the killer on the first page. He is sick, dying, and he knows it, so he decides to speed the process by drowning himself in a river. His demons are with him and he thinks of his life, his victims, on the way to his own doom.

As he treads the path to the river, he passes a woman and her dog. “It sniffed at him as he passed, whined, smelling the death on him. His and that of the others.”

When he is able to force himself into the river, the “water came to meet him, swallowed him, as tender as it was cold. A million images streaked through Raymond’s mind, each one as bold and brilliant as the last, faces he’d known, many he hadn’t, some of them twisted in terror. They sparked and fell like the scatterings of a firework, falling into black, down to where the fire awaited him. Down into the final silence.” 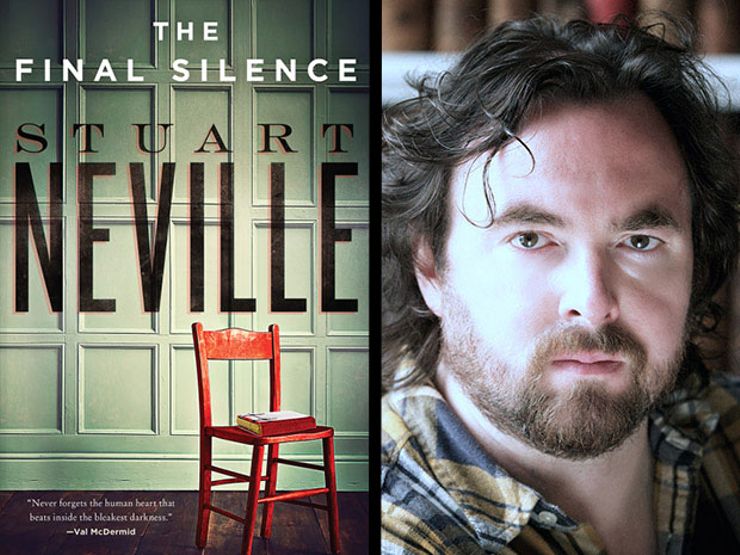 “The final silence.” Maybe not quite as perfect as “the big sleep,” but a memorable new definition of death.

His niece, who never met her benefactor, inherits his house, which is fairly nondescript until she discovers a locked door for which there is no key. After a lengthy struggle, she finally is able to break into the room it has been guarding. Not much is in the room: a table, a chair, and a leather-bound book, like a photo album.

But this is no ordinary scrapbook. Affixed to its pages are small artifacts that it quickly becomes evident are mementos of her brother’s victims: locks of hair, fingernails, and other testaments to depravity.

The heiress to this heinous window into a horrific life wants to take the book to the police so that the families of the victims memorialized on its pages can find closure to the puzzles of their disappearance, but her own family vehemently opposes the notion. Afraid of scandal that could dearly cost the career of her politician father, a struggle begins to determine what will happen to the book, which is then suddenly stolen.

Only when a murder is committed does the album become a focal point for the police department of Belfast, as it seems realistic for them to think that further violence may not be far behind.

The Final Silence is a mystery novel, to be sure, and a very suspenseful one, but it also is a portrait of the interactions of a family that has secrets it wants to keep, and that will do almost anything to prevent their revelation.

Otto Penzler is the founder of the Mysterious Press (1975), a distinguished publisher of literary crime fiction whose imprint is now associated with Grove/Atlantic, Mysterious Press.com (2011), an electronic-book publishing company associated with Open Road Integrated Media, and New York City’s Mysterious Bookshop (1979). He has won two Edgars, for the Encyclopedia of Mystery and Detection (1977) and The Lineup (2010). He has edited more than 50 anthologies and written extensively about mystery fiction.