In the month of the hungry ghost, the dead bleed into the land of the living.

One of the earliest table manners Chinese children learn is to not stick their chopsticks straight up in a bowl of rice. In China, and throughout the communities of Chinese diaspora, doing so is as impolite as keeping your elbows on the table—if not worse.

Why? To some, the upright chopsticks actually appear blasphemous. See, a chopstick standing up in rice resembles a joss (incense) stick placed on an altar for a dead ancestor.

Admittedly, most modern-day Chinese find an upright chopstick more tasteless than spiritually offensive. But for the older generation, those from rural areas, or the just plain superstitious, such a sight isn’t just bad manners—it’s an open invitation for spirits to slip into the land of the living. 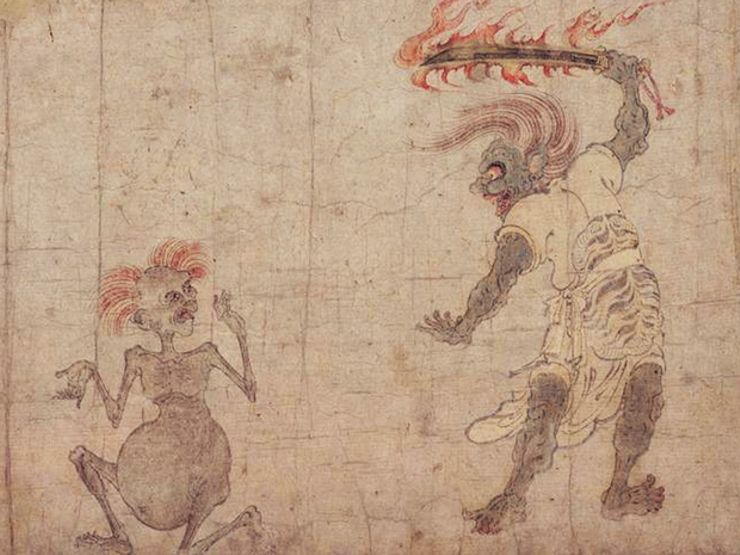 The fabled hungry ghost appears in cultures throughout Asia—the illustrations featured in this article derive from “The Scroll of the Hungry Ghosts”, a document from 12th century Japan. In China, such spirits are known as èguǐ. They’re constantly on the hunt for haunting opportunities, and there’s one time of year when they’re particularly active: the appropriately dubbed Zhong Yuan Jie, or Hungry Ghost Festival. The festival takes place during the 15th night of the seventh month of the Chinese Lunar Calendar, and is part of a larger Hungry Ghost Month. Just as Christmas Day is preceded by a mini-season of holiday revelry, Zhong Yuan Jie is cushioned by a few weeks of ghost festivities and preparations.

In 2015, Hungry Ghost Month overlapped with August and September, with the actual day of the festival on August 28. So congrats! You’ve made it through the year without incurring the wrath of a hungry ghost.

There’s always next year, though. With that in mind, here are some tips for navigating the most haunted portion of the Chinese calendar.

So, what is a Hungry Ghost? 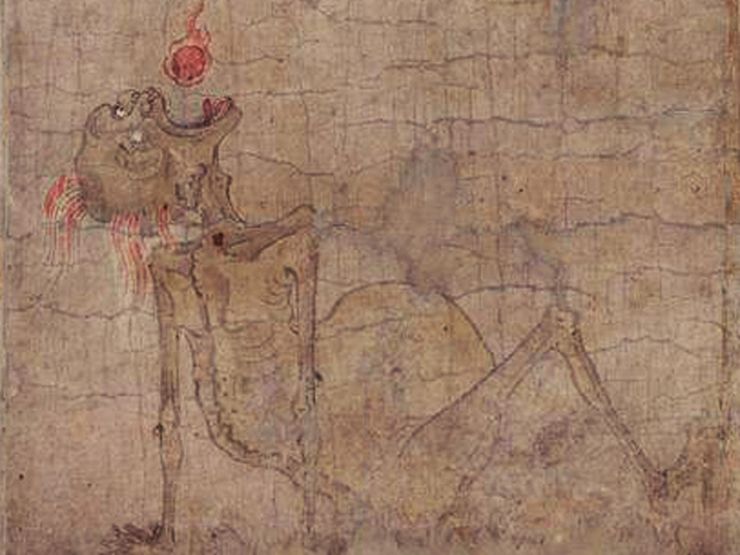 Proper veneration involves providing the dead with many of the things they enjoyed in life—most commonly food, but also stacks of ‘underworld money’ that are burned at consecrated altars. Offerings also include papier-mâché models of houses, sport cars, villas, electronic devices, television celebrities, and condoms.

These practices reflect the belief that the afterlife is a reflection of the real world, with material goods supplied via burned or blessed offerings from living individuals. In this vein, a ghost becomes ‘hungry’ for whatever offerings a family neglects to provide. Said hungry ghosts often appear as emaciated spirits, or apparitions with thin necks, as befits their starving, angry state of being.

And why do the ghosts get a festival? 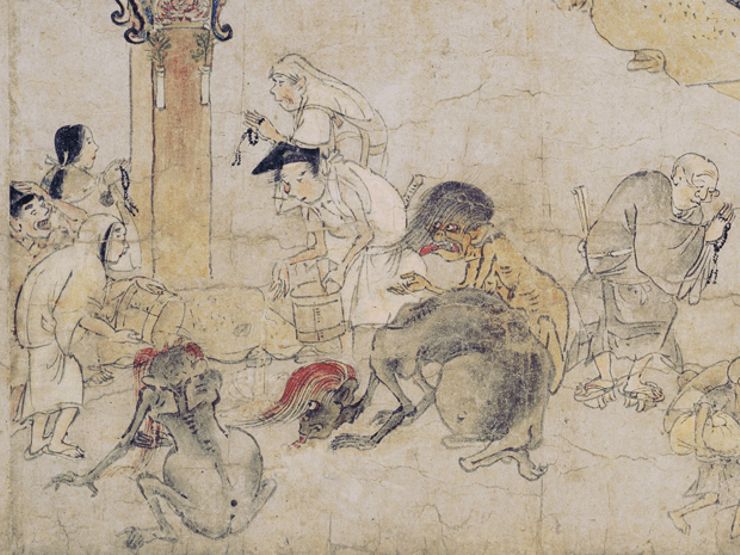 The Hungry Ghost Festival is, like many elements of Chinese religion, a syncretic holiday that celebrates the many faces of Chinese culture. On the one hand, the holiday is Buddhist—the festival commemorates the Ullambana Sutra, a discourse on filial piety given by the Buddha to his followers. Part of that sermon involved a lesson on easing the hunger of the restless spirit of the mother of one of the Buddha’s most devoted monks.

But much of the holiday has its roots in Chinese folk religion, which holds that during the month of the hungry ghosts, the gates of hell are cast open and the spirits of the dead return to roam the Earth. This belief is shared across many East Asian cultures, which tend to emphasize ancestor worship—even mirroring Latin America’s Day of the Dead. Incidentally, the festival also falls during a time of harvests, full moons, and increased community gatherings.

How do you satisfy a hungry ghost? 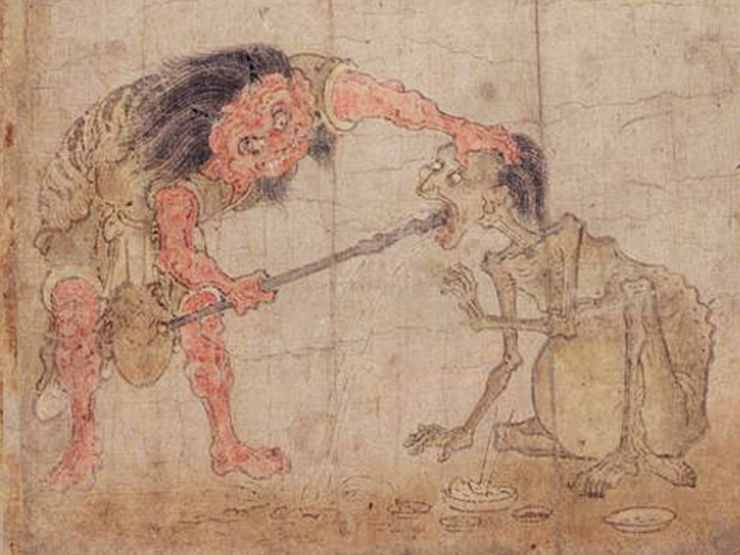 During the Hungry Ghost festival, and the month that surrounds it, efforts are made to soothe the spirits that have returned to Earth. Food is set out in ritual spaces, monks chant to ease any ghostly juju, incense is lit, and the graves of the ancestors are visited. Many families set a table outside of their house and pile it with offerings, including snacks and underworld money; they may also bow to photos of the dead.

There’s an enormous list of taboos that are observed during the Hungry Ghost Month; these vary depending on the Chinese community in question (Taiwanese have different practices compared to Shanghai Chinese, who differ from Singaporeans, etc.) In general, the rules are in place to prevent ghosts from gaining increased access to the material world. Guidelines include: don’t look under altars, don’t walk home alone at night, don’t paint your nails black, and don’t cover your forehead with a hat or bangs.

The biggest ghostly gaffe of them all? Don’t joke about the dead. They like to play pranks, but are pretty thin-skinned.

All illustrations from "The Scroll of the Hungry Ghosts" a document of 12th century Japan. Via Wikimedia Commons and The Kyoto Museum