Memoirs From the Horror Industry

A look into the life and experiences of the people who chill us to the bone.

When you're someone who's interested in the horror genre, you’re more likely to want to know more about the machinations and methods of directors, actors, and writers of your favorite stories. It’s almost as if the act of being scared compels us to figure out how it was achieved—the elusive yet so memorable feeling of being caught off guard and scared to the point of absolute terror. What are those secrets? The more interested we are in a film, the more we find ourselves wanting to draw near to it, seeking the inside story. A history is often not enough, either; we want to hear about the details straight from the creator’s mouth.

Well, here we’ve gathered some of the best and most revealing memoirs and autobiographies from the depths of the horror industry.

Perhaps more a master of the weird rather than horror, writer/director Terry Gilliam certainly has overlap with the haunting world of the unknown. For decades, Gilliam has cultivated a filmography that is about as unique as any. From Brazil to 12 Monkeys, Time Bandits to Fear and Loathing in Las Vegas: Terry Gilliam’s psychedelic textures and borderline entrancing horrors have entertained and mystified fans. In this firsthand memoir, the man himself goes in-depth about his childhood, career beginnings, and even commentary and musings about some of his most famous works. 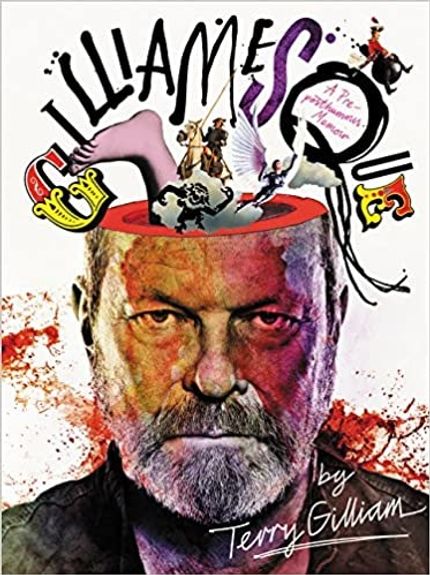 By David Lynch and Kristine McKenna

It wouldn’t be enough to write a memoir. Not for David Lynch. His curious and always hyper-creative mind requires enough formal experimentation to have room to explore and cultivate. Essentially, as the title of the memoir suggests, Lynch needs “room to dream.” In this intimate autobiography, Lynch pairs up key moments of his life with his own recollection and that of author Kristine McKenna’s, each effectively offering a version of that particular chapter of his life. McKenna writes the biography chapters, drawing from extensive one-on-one interviews; Lynch writes the memoir versions of the chapters. The effect is, to say the least, a dreamy memory haze of an interesting life and career.

Related: UPDATES: Everything We Know About David Lynch's Unrecorded Night 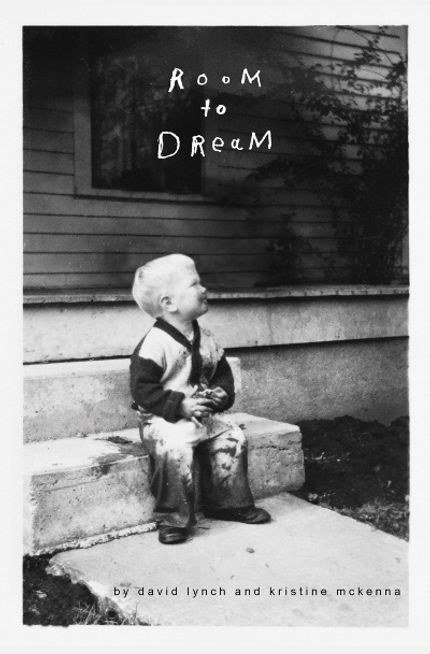 You're Not Dead Until You're Forgotten: A Memoir

Some may not find his name familiar, but John Dunning was one of those auteurs and businesspeople that was born into the film industry. Working on films like Shivers, Dunning exhibited natural talent while also becoming quite the Renaissance creator. This book is a tell-all memoir straight from the man’s mouth, discussing his dizzying growth into an industry maven. He also goes into detail on his influence in the industry, including candidness towards how he helped launch the career of body horror mastermind David Cronenberg. Dunning might just be the most underrated practitioner of film. 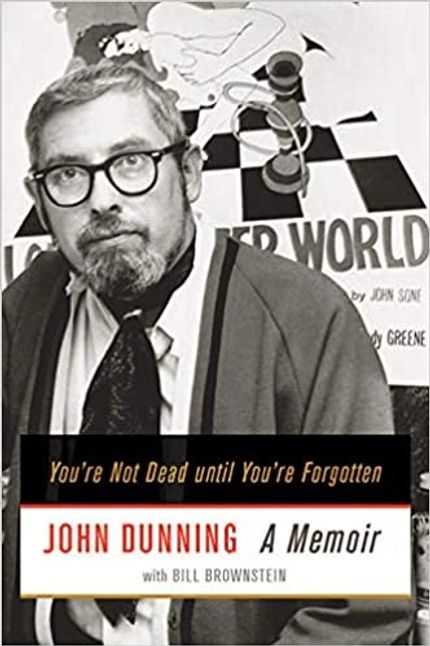 Want more horror? Sign up for The Lineup's newsletter and get our most chilling recommendations delivered straight to your inbox.

Yours Cruelly, Elvira: Memoirs of the Mistress of the Dark

A testament to how big of an icon she is, a mere mention of the name or photograph snapshot of Elvira has people sparking with immediate recognition. Cassandra Peterson is known for being “Elvira, Mistress of the Dark” and also the “Queen of Halloween,” with her trademark jet black hair, goth attire, and vampiric charisma. In her long-awaited memoir, Peterson goes into full detail on her life and career, including a traumatic incident early in her life that left her with third degree burns all over her body with a grim prognosis. She survived and continued to endure the often bleak and almost always heartless world of Hollywood before auditioning for a local LA channel KHJ to be a late-night hostess covering horror movies. The memoir reveals it all.

Related: 10 Women in Horror Who Scare Us to the Bone 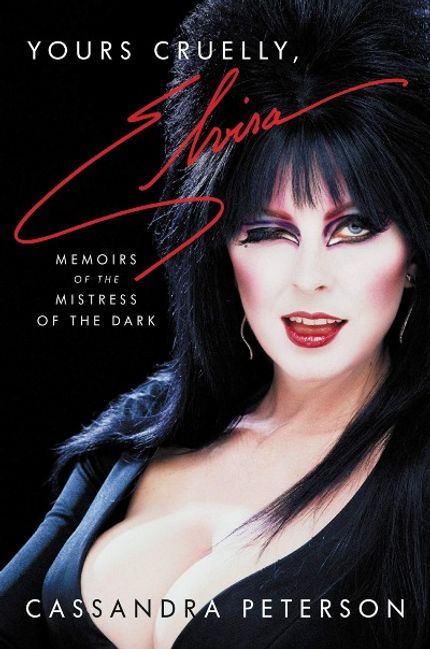 On Writing: A Memoir of the Craft

A touchstone for many a writer, this part-craft book, part-memoir on creativity and storytelling by the one and only Stephen King might be an obvious one for any list—yet it’s a necessary one. This is a captivating and essential read about the perseverance of Stephen King as he worked his way up to becoming a published author. Spoiler alert: It wasn’t easy. It may seem like he can pretty much write anything and it’ll sell these days, but it’s not because he didn’t put in the work to master the written word. The book also showcases some of the most relatable worries and struggles of going the way of risk and investing in your aspirations. 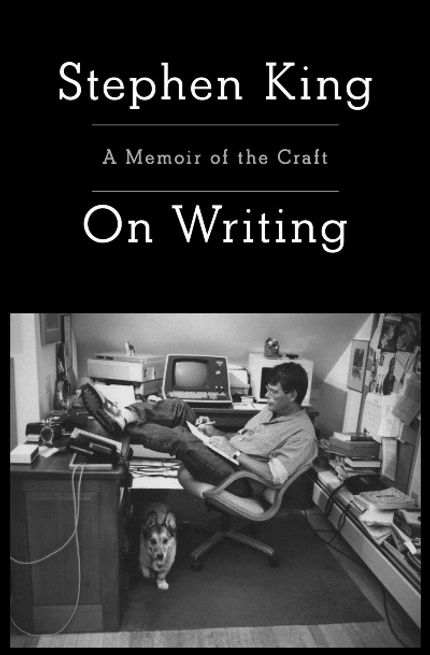 Hail to the Chin: Further Confessions of a B Movie Actor

In the sequel to Bruce Campbell’s first memoir, If Chins Could Kill, the quintessential B-movie legend is back at it with his dry humor and witty insights. This novel focuses a bit more on his career after the days of Evil Dead, around the time he not only stepped back out into the spotlight, but also found success in roles as varied as My Name is Bruce and the hit series Ash vs Evil Dead. What makes this memoir so captivating is how it becomes a wonderful exploration of post-success celebrity, the lessons in adapting and evolving one’s career to the opportunities that arise, and more. And from Campbell’s perspective, it’s refreshing to see how being yourself can really pay off. 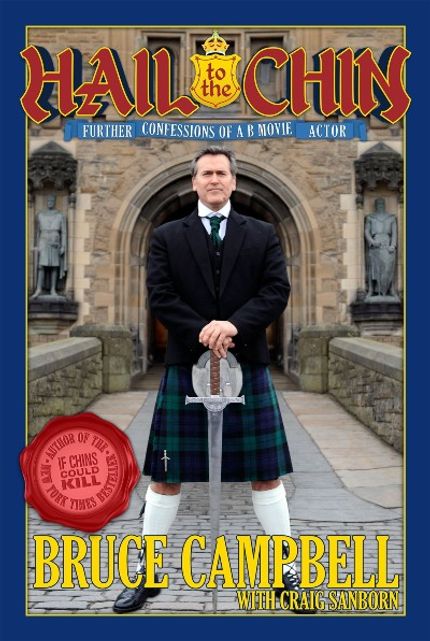 Sinister Urge: The Life and Times of Rob Zombie

From heavy metal frontman to enigmatic director, Rob Zombie has built a career on staring horror right in the face. The voice behind the band White Zombie later made a name for himself as a solo rock star with numerous hits like “Dragula” and “Living Dead Girl.” Zombie almost always wore his horror influences on his sleeve, from attire to lyrical subject matte. He took a risk by leaving music for the director’s chair, but progressed with a memorable world and its recurring characters (Captain Spaulding and Otis Driftwood), never shying away from the grotesque and macabre. Zombie has gone full circle, from being a rock star with clear horror obsessions to a director that works through his obsessions onscreen. This thorough biography bares every gory detail.

Related: 4 Creepy Rob Zombie Movies to Freak You Out 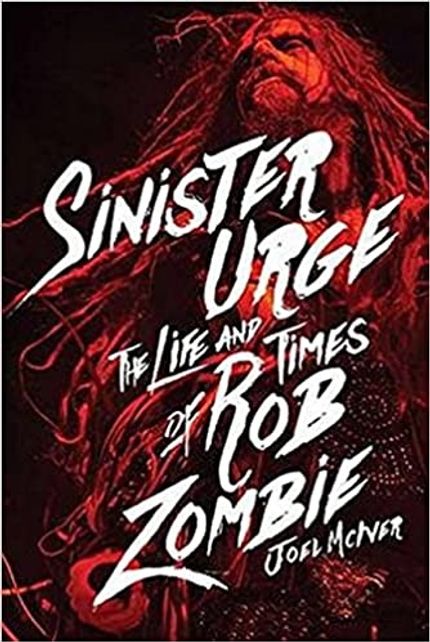 Chain Saw Confidential: How We Made the World’s Most Notorious Horror Movie

It’s insane to think that a movie like Texas Chain Saw Massacre was even made. Especially considering that during the 70s, such a violent and exploitative piece of cinema might have been stopped dead in its tracks long before the final cut. And yet, they filmed it, edited it, and it premiered. This memoir and tell-all is written by the man that wore the leather (face) himself. Gunnar Hansen takes it all personally as he goes behind the scenes of the making of the notorious film. The account showcases just how difficult low-budget indie filmmaking can be, as well as all the unexpected and memorable turns that can reveal themselves during the anxiety and commotion of a film set. The book successfully acts as a revelation of filmmaking magic, while also going into all the myths surrounding the filming of the movie, especially those that pushed the cast and everyone on-set to the limit. 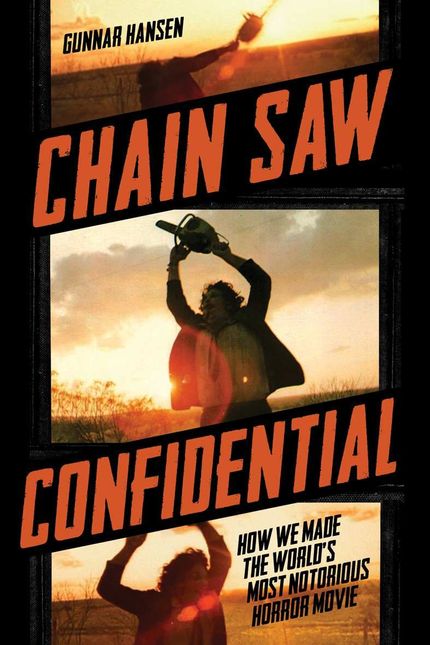 Want more horror? Sign up for The Lineup's newsletter and get our most chilling recommendations delivered straight to your inbox.