A Lovely Day for a Picnic … with the Dead

Anyone up for a stroll through the local graveyard?

Though today it might seem Wednesday Addams-esque to hang out in a cemetery, they were once intended as public parks, where the living could enjoy nature right alongside (or rather on top of) the dearly departed.

Back in the 1800s, London was a filthy city. Thanks to the Industrial Revolution, the population of London doubled, from 1 million to 2.3 million. Moreover, the smog-clogged air and rampant disease made city dwellers desperate for a patch of green.

At the same time, rising death rates led to overcrowding in family crypts and city churchyards. Inspired by a visit to Paris’s Père Lachaise, an English barrister, George Frederick Carden, put two and two together. Thus the “rural cemetery” was born. It would later become a “memorial park,” closer to the modern-day burial ground we know today. 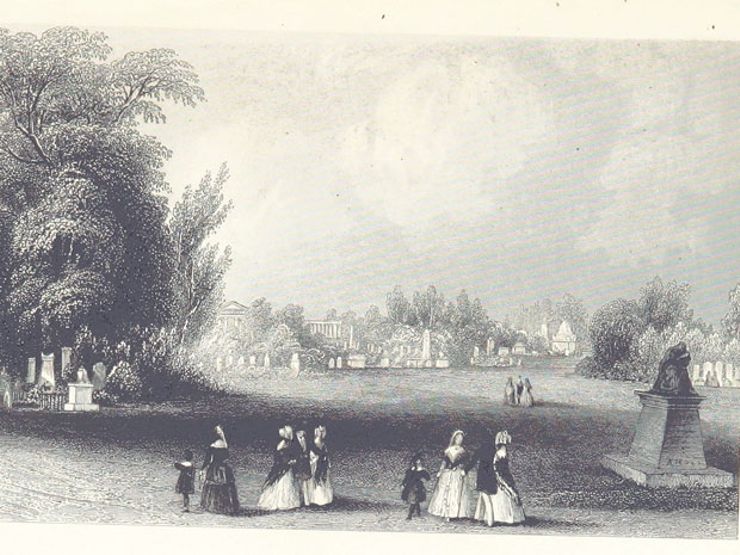 “Designed like public parks, with their Gothic revival mausoleums and Egyptian-inspired colonnades, the cemeteries became a place to spend a Sunday afternoon where families might spread a blanket in a patch of shade, and socialize with others who’d come to visit with their loved ones at rest,” writes Kira Butler of The Midnight Society.

Related: London’s Highgate Cemetery and the Curse of the Highgate Vampire

The development of rural cemeteries soon became common practice in the United States as well, exacerbated by the need for more space in which to bury the dead following the Civil War. “The great rural cemeteries were built at a time when there weren’t public parks, or art museums, or botanical gardens in American cities,” Keith Eggener, the author of the book Cemeteries, explains in The Atlantic. “People flocked to cemeteries for picnics, for hunting and shooting and carriage racing.” 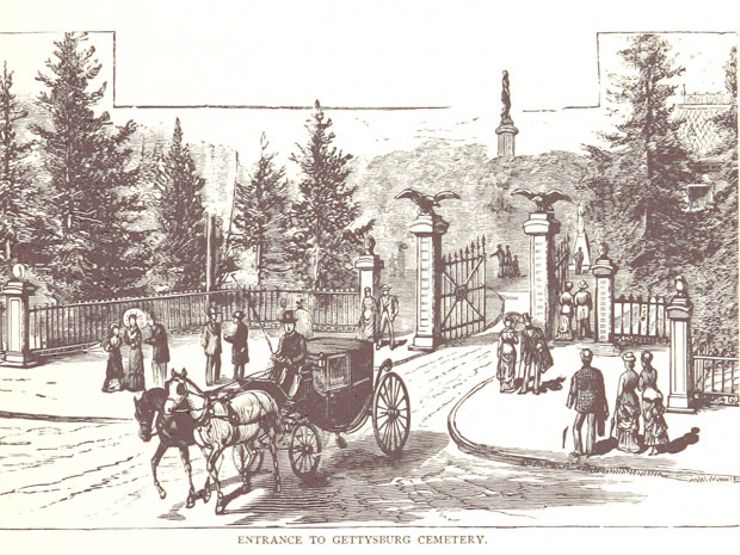 The first rural cemetery to gain popularity in the U.S. was Mount Auburn Cemetery, near Boston. Based on 19th century English landscape design, Mount Auburn included full forests, ponds, walking paths, and exotic trees and plants. One of the most popular places for burial and recreation in the Northeast, Mount Auburn attracted both local and foreign tourists. 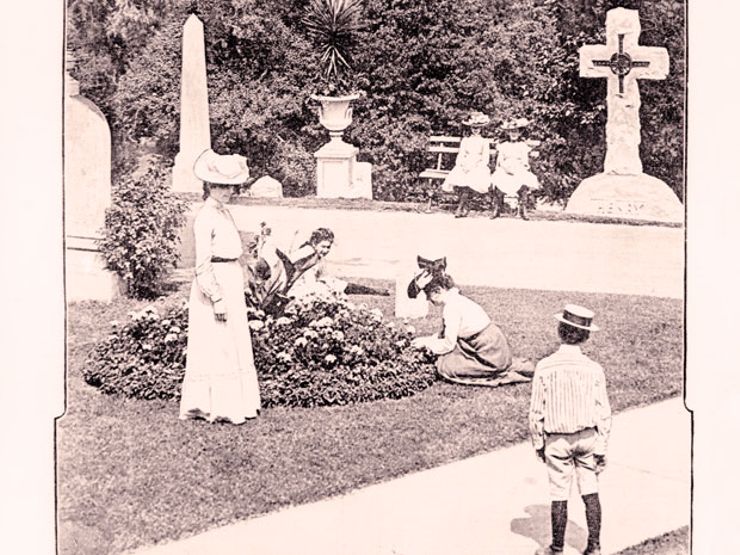 It seems that the practice of hanging out in cemeteries is coming back into fashion. Oak Hill Cemetery, one of the oldest in Birmingham, Alabama, hosts an event called The Steampunk Stroll, a tour which culminates in a picnic on the cemetery grounds. Brooklyn’s Green-Wood Cemetery plays host to a series of events, including readings, tours, parties, even an “immersive theater experience” called The Great American Casket Company.

Though many of these cemeteries are now cramped in between the inevitable urban and suburban development of the last 180 years, they remain a permanent home to centuries of history–and to the dearly departed. Pack a lunch, and plan a visit.