Scandal and the Supernatural: The Ghost of Henry Ward Beecher

The famed minister is said to still haunt his church in Brooklyn, where a 19th century sex scandal nearly destroyed his career.

Henry Ward Beecher, the brother of Uncle Tom’s Cabin author Harriet Beecher Stowe, is believed to still roam the stately Brooklyn Heights church at which he ministered nearly 150 years after his death. Sightings have been reported within the walls of Plymouth Church as well as the surrounding neighborhood. And while the jury may be out on such ghostly encounters, the troubled history of the man behind the spirit is well-known—and marred by scandal.

Born on June 13, 1813, Henry Ward Beecher was one of ten children, and grew up with a high moral code and strong social conscience. For the most part, Beecher lived an admirable life with progressive ideals: the son of famous Calvinist theologian and Presbyterian minister Lyman Beecher, he was a passionate preacher and articulate public speaker; along with his now-famous sister, he was an active abolitionist, supporting the antislavery movement of the 19th century. He supported women’s suffrage and, from the pulpit, transformed conventional Calvinist sermons of hellfire and brimstone into teachings of universal love.

Yet during the latter half of his life, one affair would tarnish his record of good works and character. 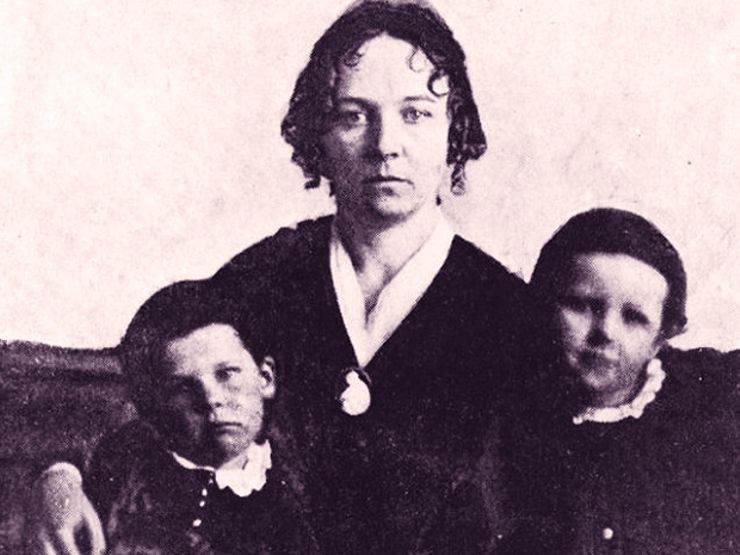 Elizabeth Tilton with her children

Sometime in the late 1860s, Beecher started an affair with one of his married parishioners, an Elizabeth Tilton. To make matters worse, she happened to be the wife of one of Beecher’s deacons, strongest supporters of the church, and dearest friends. In fact, their relationship was so close, some might have even thought it too intimate for a friendship between men; though homosexual was not a word that was used in that era, the term homosocial was thrown around a few times. At this point in American history, such an affair between married individuals was a sueable crime, and sure enough, Mr. Tilton took Beecher to court in the fall of 1874.

RELATED: WOULD YOU HAUNT YOUR EX?

It was a gossip-packed trial, though the language used was likely substantially more eloquent than it would be today. Mrs. Tilton wasn’t present during the trial itself—instead, she wrote down her testimony, which was then read by the judge. 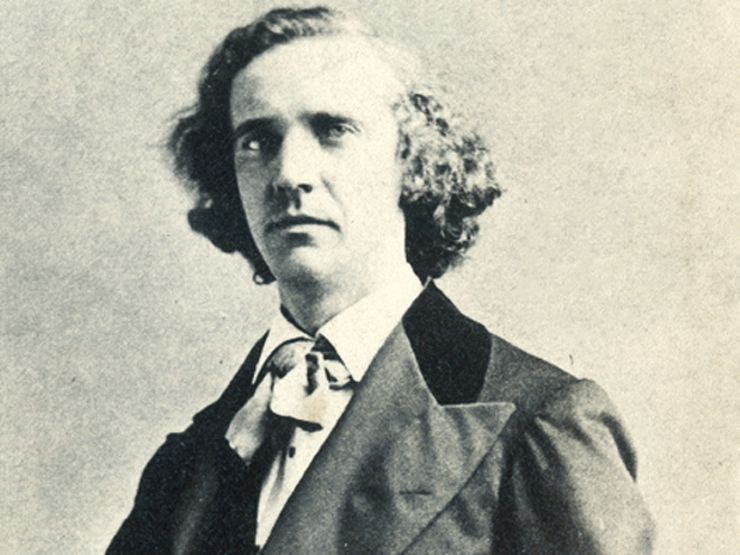 The scandalous proceedings captured the attention of the public. From Tilton’s mother-in-law to Susan B. Anthony and Elizabeth Cady Stanton, reputable individuals were quick to share their opinions on the matter. Female suffragette and first female candidate for president of the United States Victoria Woodhull expressed her frustration with an obviously gendered double standard, noting that a woman’s reputation and situation were effectively ruined by such an affair, whereas a man could eventually return to his prior life. Everyone contributed to the commentary, and the case became more and more polarized.

In the end, the trial concluded with a hung jury: nine of the jurors found Beecher guilty, and three would not budge from their conviction of his innocence. With this immovable jury, Beecher was exonerated, though not with a completely clear social record. 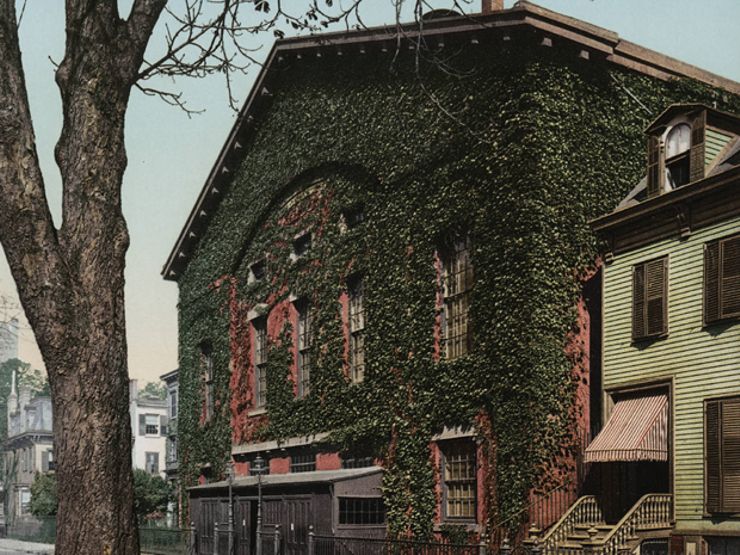 The exterior of Plymouth Church, circa 1900

Which leads us to the supposed ghost of Henry Ward Beecher. After his death in 1887, it was reported that his spirit still lingered around the church at which he ministered for so many years in Brooklyn Heights. There are tunnels that run beneath the church and neighborhood, a likely place for a ghost to wander. Given the well-publicized fallout with his former friend, it makes sense that Beecher’s spirit would be unsettled—regardless of the truth or facts of the affair, the lives of everyone involved were thrown into turmoil.

The area surrounding the church now holds two statues of Henry Ward Beecher; post-mortem, he’s still remembered for the good things he did, despite the last years of trouble. 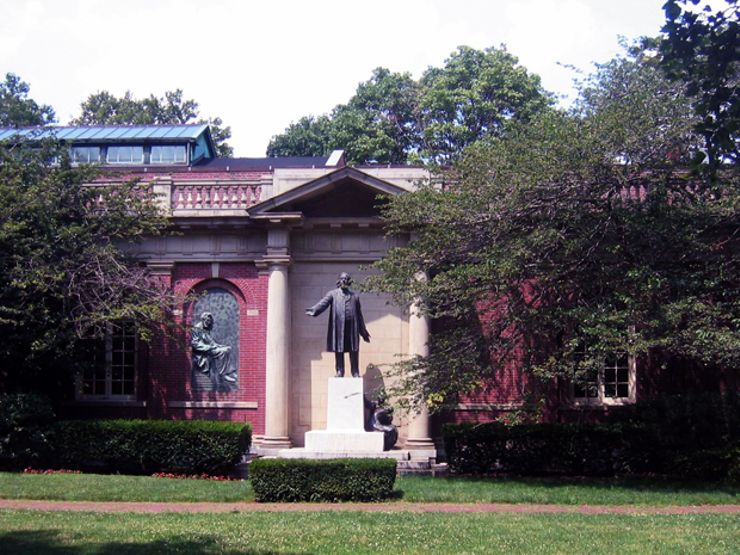