Haunting on the Hill: The Creepy History of the Hell Fire Club

Atop a hill in Dublin is an abandoned building, where men once made pacts with the Devil.

The Hell Fire Club (also stylized as the Hellfire Club) is an abandoned building on Montpelier Hill near Dublin, Ireland. The Club has been referred to by many a name, among them “The Haunted House,” “The Shooting Lodge,” “The Kennel,” and “Conolly’s Folly,” after William Connelly, the man who had it built as his personal hunting lodge—and named it Mont Pelier—in 1725.

However, the eerie site is famous for sinister reasons that have little to do with hunting.

Related: 25 of the Creepiest Abandoned Places Around the World

Originally, a passage grave resided along the path up Montpelier Hill. As he built Mont Pelier, Connelly had the cairns of this burial site dug up, using the large stones for the masonry of his new building. Not long after construction was complete, a storm blew the roof clear off of the lodge. The damage was believed by many to have been the work of the Devil, with some claiming Connelly’s disrespect of the dead as the beginning of the property’s paranormal problems. 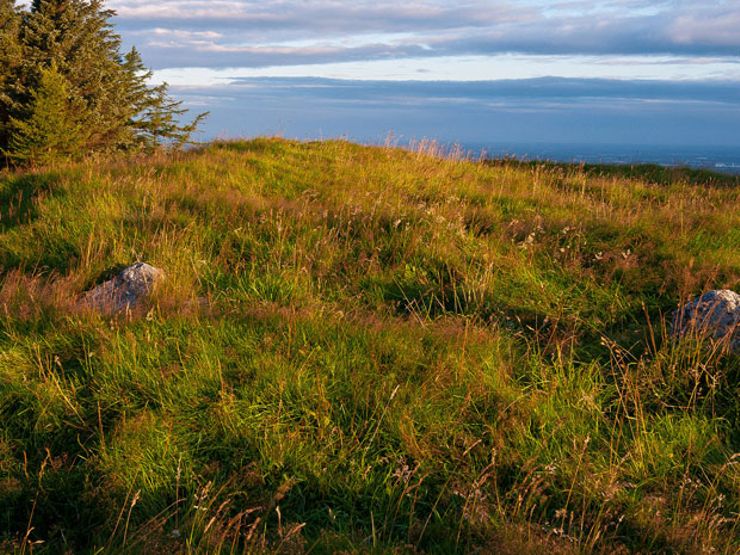 Remains of the cairns.

Six years after Connelly’s death, and 10 years after Mont Pelier’s construction, the Connelly family rented the building to the Irish Hell Fire Club, a self-declared club for “gentlemen” seeking a place to conduct lewd and immoral acts. Over the next few years, local folklore told of depraved rituals that supposedly occurred during the Club’s meetings, including leaving out an empty chair for the Devil. These stories solidified the dark reputation of the lodge on Montpelier Hill.

Over the years, the stories surrounding the Hell Fire Club grew. The lodge was supposedly the site of frequent animal sacrifices during club meetings; some said there was a dwarf who was sacrificed as well. The group was also accused of kidnapping, killing, and eating a farmer’s daughter. The members allegedly drank themselves senseless, set each other on fire, made pacts with the Devil, and did “whatever they wanted,” at the expense of whomever they wanted.

Perhaps the most famous story of the Hell Fire Club involves one of its guests, who arrived one evening at the door of the club. The cloaked figure was invited in by the men, and proceeded to drink and play a game of cards with those present. At some point, one of the players dropped a card and, as he reached to the floor to retrieve it, noticed that instead of a foot, the strange guest had a hoof. At this point, the story goes, the otherworldly stranger burst into flames, leaving the astonished men with another tale to tell. 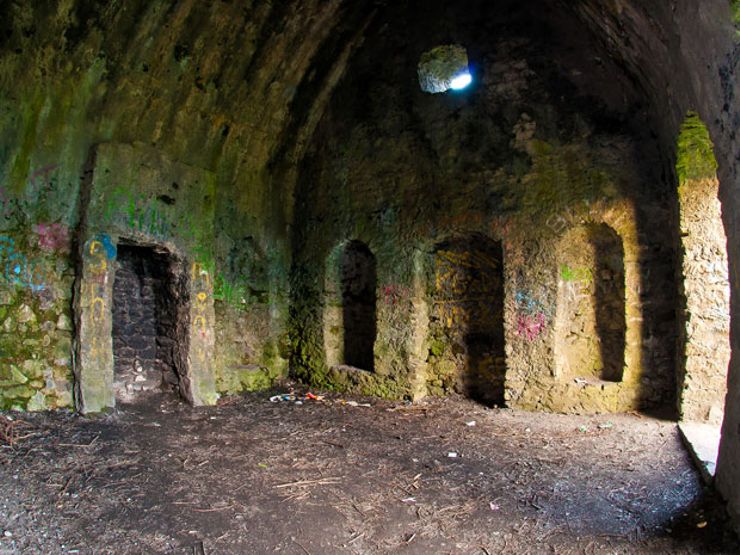 Inside the remains of the Hell Fire Club.

Other houses on Montpelier Hill include the Killakee/Lord Massy’s Estate, the Stewards House, Cathy’s Castle, and the Orlagh House. These sites, too, boast stories of hauntings and paranormal activity. Yet none are quite as sinister as the legend of the Hell Fire Club. Now long disbanded, the Club’s reputation lives on. The serene grassy landscape of Montpelier Hill disguises the sordid history of the building on the summit, blanketing in a layer of moss.