And it only took 70 years for a court to decide 14-year-old George Stinney Jr. didn't actually commit the murders he was electrocuted for.

At 14 years old, George Stinney Jr. was the youngest person executed in the United States in the 20th century.

Less than three months earlier, Stinney had been arrested for the murders of two young girls in the Jim Crow South. His subsequent trial and execution was eventually considered one of the worst infringements on civil rights in American history.

On March 23, 1944, the bodies of two girls – 11-year-old Betty June Binnicker and 8-year-old Mary Emma Thames – were found in a muddy ditch in the town of Alcolu, South Carolina. Their bodies indicated extensive blunt-force trauma to their faces and heads, and Binnicker showed some signs of sexual assault.

The previous day, the girls were seen riding their bikes through town. It was reported that the girls stopped by the property of the African-American Stinney family and asked George and his sister, Katherine, if they knew where to find passionflowers.

When the girls failed to return home, hundreds of people organized into search parties. Their bodies were found the next morning.

That same day, based on the only piece of evidence in the case, the police arrested George and his older brother, Johnnie. Johnnie was later released, and attention was focused on the younger George. Questioned without his parents or an attorney, police alleged that he confessed to the murders.

Shortly after hiss arrest, his father was fired from his job. The family was forced to flee from the town from fear of being lynched. George was left unsupported during his imprisonment and trial.

On April 24, George went on trial for the murders, in front of an all-white jury. During the two-hour trial, his court-appointed lawyer did little to defend his client, despite the lack of evidence and no proof of a confession. 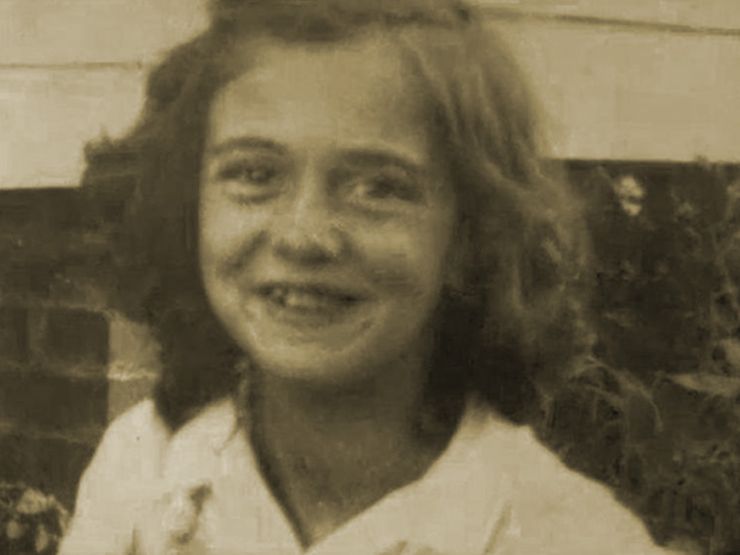 The jury took 10 minutes to deliberate … and delivered a guilty verdict. George was sentenced to death.

On June 16, he was led to the electric chair. At 5’1” and 95 pounds, a Bible was used to give him a boost. Because the chair’s accessories were designed for an adult, when the first surge of electricity hit him, the mask that covered his face slipped off. Two more surges were used on George before he was declared dead.

As the years passed, the case continued to haunt the small town and came back to light when an attorney filed statements from family members in 2009. In 2014, the case finally received a retrial, with statements from George’s family providing the alibi that he never left home on the day of the murders.

Judge Carmen Mullen determined that George’s reported confession was not considered reliable in light of evidence, and his unjust treatment was a violation of his Constitutional rights. The conviction was overturned on December 17, 2014.

Although George was exonerated of the crimes, the mystery of who murdered the young girls remains unsolved. Little evidence of the crime exists, and most of the witnesses are dead.

The case inspired David Stout to write a fictionalized account of the case and eventual reinvestigation in his novel Carolina Skeletons. Stout’s novel won the Edgar Allan Poe Award for Best First Novel in 1989, and it’s still a haunting account of racism and the justice system to this day.

KEEP READING FOR A SCENE FROM CAROLINA SKELETONS, THEN DOWNLOAD THE BOOK Amazon, Barnes & Noble, AND iTunes. 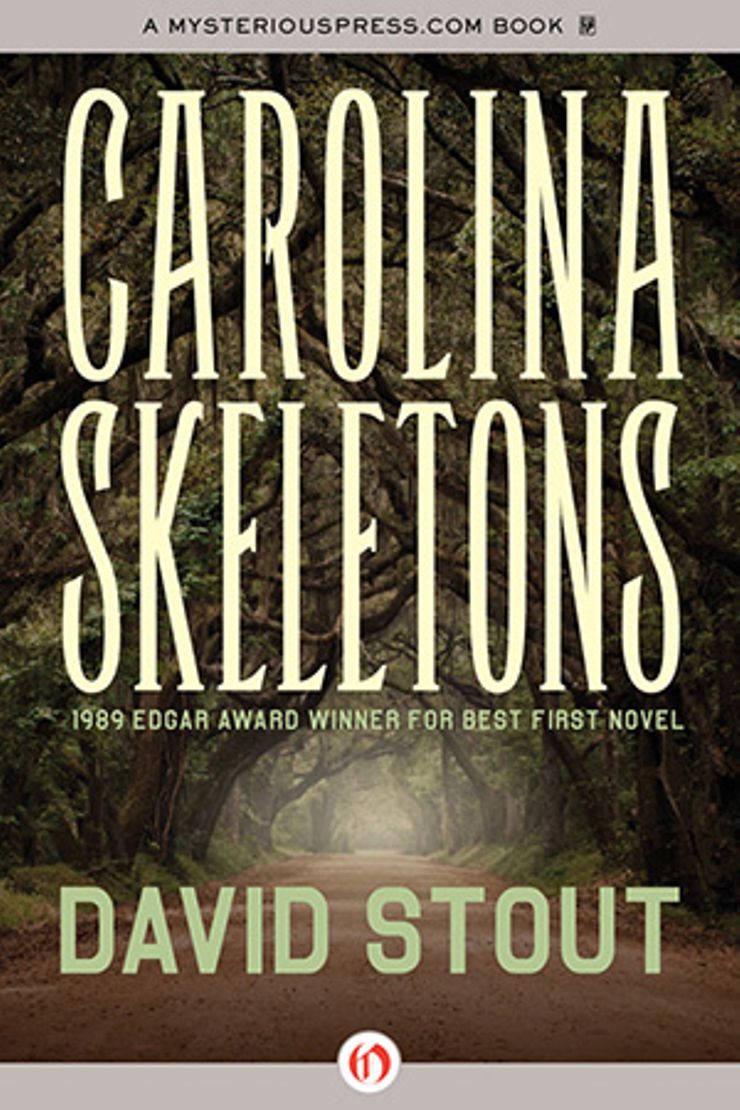 The courtroom was silent as death. Judah Brickstone felt naked; the pictures showed what had happened to two little girls, what had been done to them by the nigger boy sitting next to him. His client.

“At this time, Your Honor …” the prosecutor began.

Judah was no fool. He recognized the self-conscious smoothness, the extra caution in the voice.

“… the people would like to submit as evidence this signed confession by Linus Bragg and these photographs. So that we may know exactly what he did, what he admitted.”

Judah Brickstone did not want the jurors to see what his client had done.

The judge peered at him over his glasses. “Mr. Brickstone?”

Judah was on his feet, the floor seeming to tilt under him, his knees shaking.

“May it please the Court …” Judah said.

“Regarding the matter of the photographs …”

Judah Brickstone could see the hate in the faces of the jurors. Not just hate for Linus Bragg but — no, he was not just imagining it — hate for him as well. It was not fair! Hate on the faces, hate in the eyes. He knew what kind of men they were. Hard working and dirt poor, some of them; all bone and gristle and no love for men who wore suits and ties. Judah knew; he could feel their hate.

“Your Honor,” the prosecutor said. “Is Mr. Brickstone trying to make an objection? Does he object to the jury’s seeing these pictures? If so, he should say so.”

Judah’s legs were rubber. He felt faint. “No objection,” he said at last, then sat down, out of breath.

The prosecutor handed the judge the pictures, and Linus saw the judge’s face wrinkle up, like he was going to get sick. Then the pictures were given to the jurors. One by one they looked at them, and then at him.

A man older than Mr. Brickstone and dressed in a suit (Mr. Brickstone had told Linus he was a doctor) went to the stand and told about the bodies. He said they had been hit hard on the head a lot of times.

The courtroom was so quiet, it was like someone had told everybody to hush. Linus could feel the hate.

“Now, Doctor, could you tell if the girls had been forced to have sex before they died?”

“It appeared not. Of course, we don’t know if the defendant tried but wasn’t able.”

Linus heard a few people laugh, but they were mean laughs. The hate was still there, mixed in with the laughs.

Judah Brickstone stood up. He was in a mood to defend himself at least as much as his client.

“Excuse me, Doctor,” Judah said. “You say ‘appeared not.’ Isn’t it true that your tests showed, rather they didn’t show, any sign of sexual assault?”

“Your Honor,” the prosecutor snapped, “the defense will have its chance to cross-examine. Perhaps Mr. Brickstone is unfamiliar …”

That was too much for Judah. Bad enough that he was being forced to defend a colored murderer, but even worse, he was being painted as a man who would stick up for the worst kind of sex fiend. Such an impression could ruin his practice. Nor would he tolerate the prosecutor’s insults about his lack of courtroom experience.

“Well, all right,” the judge said, in the tone of a father breaking up a fight between his two little boys. “But as long as Mr. Brickstone has already asked, the doctor may answer.”

“True,” the doctor said. “The tests showed no signs of sexual assault. No blood—in the genital regions, I mean—and no ejaculate.”

The prosecutor asked the doctor a few more questions, but Judah hardly heard, he was so angry.

“No further questions,” the prosecutor said at length.

“In that case, Your Honor,” the prosecutor said, “and assuming Mr. Brickstone has no objections, perhaps the Court would consider a recess for lunch. Except for summation, the people have concluded their case.”

The guards took Linus to a small damp cell in the courthouse basement, where he was given a tin plate of beans, a roll, and a cup of water. He ate only a little. 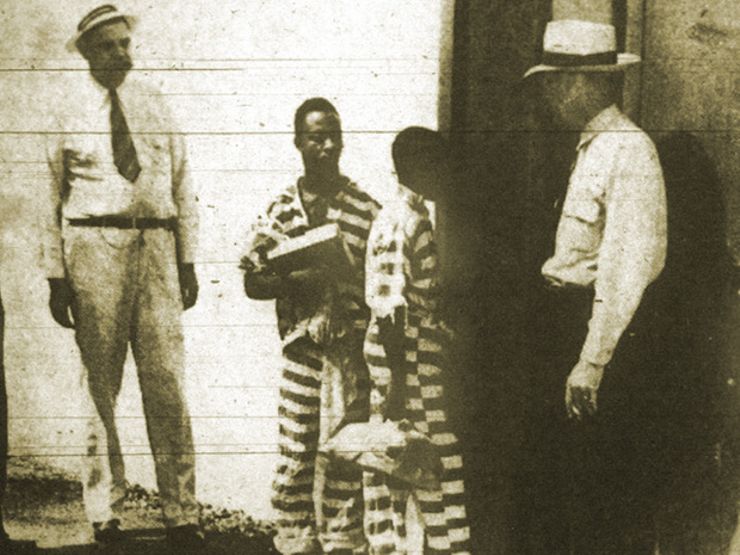 Judah Brickstone, his own lunch lying like a lump of dough in his stomach, sat at the counsel table, making notes for the summation he must deliver in what he hoped, with mounting fervor, would be his last (even though it was his first) criminal case. First the prosecutor came back into the courtroom, nodding perfunctorily at Judah, who nodded in return. Before Judah knew it, the courtroom was filled again. The door to the chambers opened, there was a shuffle of feet, and the judge took his place. He nodded to Judah Brickstone, who rose. Judah felt hot and self-conscious.

What Judah hoped for most of all, as he stood before the jury, was to see less hate on the faces. If the men hated less, they might forget after a while that he had defended the boy.

“I was picked to defend this boy here,” Judah said. “You all know that, and you all know what a terrible thing this was. We all know. I ask you to remember that this boy had barely turned fourteen when this happened. True, he’s got more schooling than some of the colored, but he’s still a boy. Maybe you can find some mercy …”

Before long, Judah Brickstone was finished and back in his seat. He sat slumped in his chair, his face flushed, his legs numb, the smell of his own perspiration blending with that of his hair oil and the vanilla in his handkerchief. His spirit was exhausted.

The prosecutor appeared to be righteous and certain. “My friends and neighbors,” he said, “my daddy used to tell me that when you make a man’s mistake, you pay a man’s price. Now, when you commit an animal’s crime, doesn’t it make sense that you pay the most? You all been on farms. What do you do with a mean dog, a mad dog? With a diseased animal of any kind? Thing is, an animal doesn’t try to be mean.

“This is no boy’s mistake. A lot of you have children. I have children. You saw the pictures, you saw what he did. Hell, he admitted it. Told the sheriff, signed the paper, then sat down and ate a great big dinner …”

“I get to tell my side?” Linus was afraid, but he managed to whisper.

Judah Brickstone was flabbergasted. “My God, boy. You can’t go up there. What would you say?”

Linus shut his eyes and bit his lip to keep from crying.

Linus was in the backseat of the sheriff’s car. The sheriff had given him a piece of ham, donuts, coffee, and an orange for breakfast. Linus had enjoyed the food and thanked the sheriff, trying to get the sulk out of his voice so the sheriff wouldn’t leave him alone with the thin, bony deputy.

The men at the prison, where the sheriff was taking him again, had taught him that: not to put too much sulk into his voice, to keep it nice and even.

Linus ached inside. Each tree and field and path that went by the window took him farther away from his mama and daddy, from Will and Jewel, from the catfish pond.

Yesterday seemed long ago. The twelve men were only out of the courtroom ten minutes (Linus was proud he could tell time). When they came back in, the hate was still on their faces.

Linus remembered the judge’s face. Before the men came back, his face had seemed so mean, almost as mean as the deputy’s, only smarter. But after one of the twelve handed over a piece of paper, the judge’s face looked both more kind and sad.

Linus could remember being pulled to his feet, being held tightly, one big man in uniform on each of his arms.

“Linus Bragg,” the judge had said. His face was very kind, very sad. “You have been found guilty of murder …”

Linus could not believe how quiet the courtroom was.

“… and the jury has found that you should be put to death.”