The Fire Mummies and Hanging Coffins of the Philippines

In the mountains of the Philippines the dead are put to rest in wooden coffins hung from steep valley walls.

The first time I saw a backyard in the province of Benguet, in the high mountains of the Philippines, I wasn’t shown a pleasant garden, a trampoline, or other assorted artifact of the American lawn.

I was shown a charnel house—shelves packed with hundreds of skulls and femurs, like I had stumbled upon Pinhead’s own file cabinets.

All right. Technically, I wasn’t in someone’s back yard. The Opdas mass burial cave in the Philippines village of Kabayan belongs to no one individual, but to the community as a whole. This makes sense, as the bodies stored in that cool gulch represent the ancestors of the area’s contemporary residents. Kabayan is a small burg, and as I peered over the lip of the burial grounds—a place that felt as if it should be tucked away from the prying eyes of the living world—children laughed and kicked a deflated soccer ball just a few feet away. 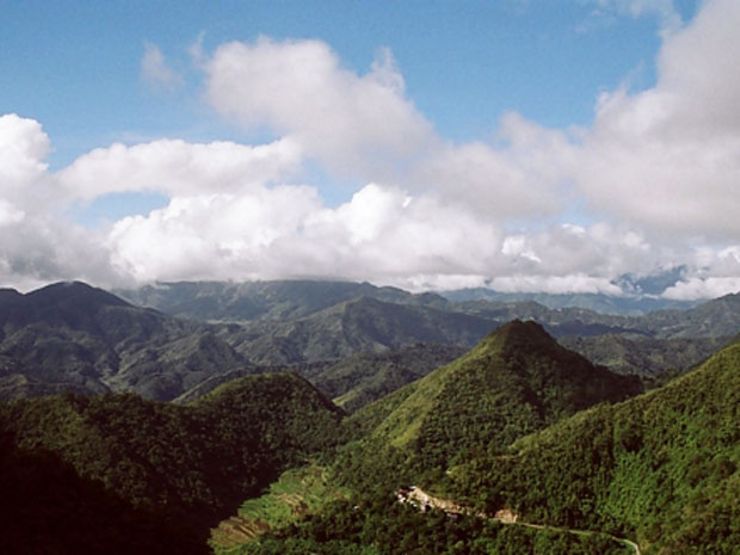 The Cordillera Central of the Philippines, a mountain range of deep valleys, high walls, white waterfalls, and lush jungle that forms the highland heart of Luzon, has always had an iconoclastic approach to managing the dead. In a part of the world where ghost stories are taken at face value and the ancestors—living and dead—are reliable moral compass bearers, a corpse is more than an empty vessel. It’s an object of veneration and, beyond that, a sacred relic that must be maintained.

Yet the Opdas mass burial cave was far from the most unusual sight of my journey; when I considered its design and execution, it was effectively a cemetery with an open window. A few hours hike away, I encountered more vividly unique funerary location. 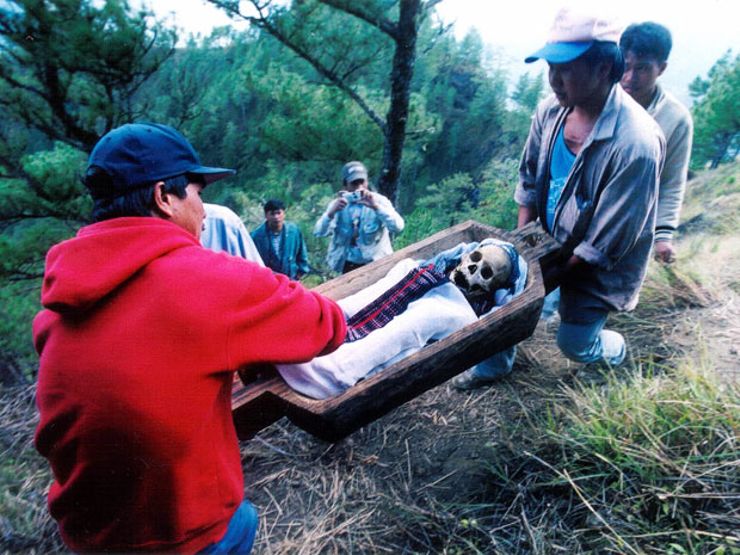 The name, “Fire Mummies of Kabayan” conjures an admittedly awesome daydream combination of the Human Torch and a classic horror movie monster shambler wrapped in bandages. The real-life incarnation is just as impressive. Instead of a burning bandaged beast, one finds leathery corpses arranged into seated, cross-armed positions, their mouths open in a perpetual scream, their leather skinned-flesh stretched taut over yellowing bones and teeth.

The creation of the Fire Mummies is unique to this region and the local Ibaloi people. In the past, the soon-to-die would drink a salty drink and, upon death, be seated over a closed fire. The process would dry the body of its juices; as the corpse cooked, tobacco smoke was blown into its mouth to stymie interior decomposition, while herbs were rubbed into the body’s skin.

RELATED: 9 LOST AND FORGOTTEN GRAVEYARDS FROM AROUND THE WORLD

The newly created Ibaloi Mummies were then placed in pinewood coffins and buried in caves across the mountainous spine of the Cordillera. Only Ibaloi elders know the location of these resting areas, although intrepid travelers can access some of the burial sites with the help of a hired guide. 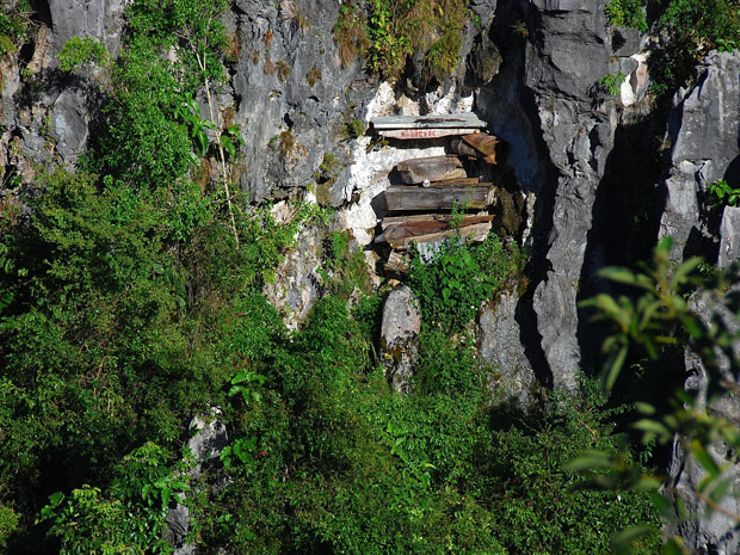 Not all Fire Mummies are found in caves, however. Some rest in niches or rock outcroppings or isolated yet exposed places. In traditional Filipino highland culture, privacy and understatement were never priorities when it came to interment.

A few hours from Kabayan, the village of Sagada is an alpine retreat, a cool respite from the heat of the lowlands, a former enclave for dissident Filipino intellectuals and European hippies, and currently a pit stop for backpackers. Those who hike in Sagada will sometimes wander the road to nearby Ambasing, where you can see, cut into the cliffs, coffins stacked like cordwood, clinging to the rock face like mountain goats. 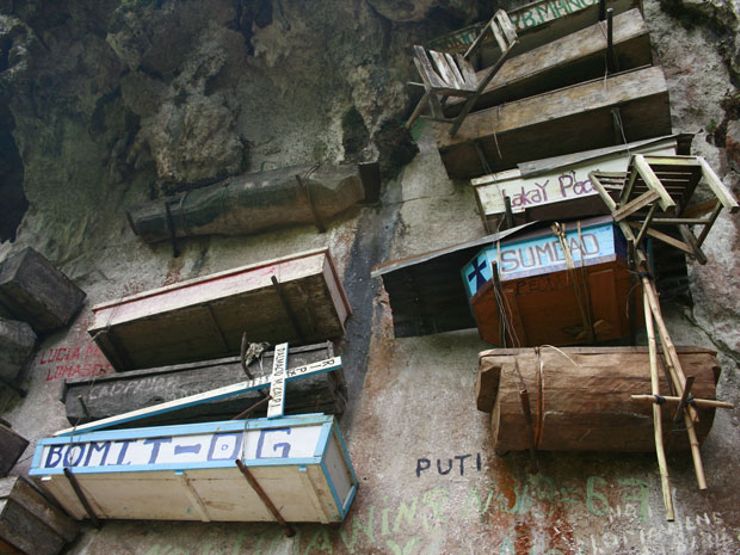 The cliff hanging coffins supposedly kept their occupants closer to heaven, although the efficacy of this practice is called into question when you hear tales of smashed coffins and bones lining the bottom of local valleys. Other bodies are interred in the enormous cave systems that dot the Sagada valley walls like swiss cheese holes. At the entrance to the Lumiang caves, some 100 coffins are stacked at the entrance, many of their lids carved with crawling lizards, a local symbol of long life and fertility.

RELATED: NECROMANCY: THE DARK HISTORY OF RAISING THE DEAD

For a truly dark journey, one can hire a guide who will take you on an underground trek through Lumiang, past underground river systems and through narrow capillary tunnels, into the Sumaging Cave. It’s a journey that hopefully avoids burial grounds—in the mountains of the Philippines, the dead are more likely found at a cave’s entrance, as opposed to its depths—yet will still send shivers down your spine.