They're TV's bad boys – and we can't help but love them.

The idea of the antihero is nothing new. It dates back farther than Oedipus and his mommy issues. Even still, in today’s golden age of television, the morally complex protagonist who’s imperfectly perfect remains the proverbial breadwinner. And he’s on the rise.

Case in point: Luther, the titular character at the core of the critically acclaimed British copper drama (pictured above). Technically a done deal — creator Neil Cross shelved the series after just three seasons — there’s chatter about a film adaptation starring the show’s inimitable lead, Idris Elba. Not to mention an American remake on the horizon.

Fans can’t get enough of Elba’s murder detective who patrols the streets of London, waging his own war on crime. A burly man whose everyday is a gut-wrenching mix of child pornographers and serial killers, Luther is as much at odds with the hellish criminals clogging up London’s streets as he is his own inner demons and ungodly temper. And that’s precisely why we love him so much.

Dubbed the Stephen King of the UK, Cross is a mastermind when it comes to the written word: He’s dabbled in big-screen productions, writing the screenplay for the Guillermo del Toro-produced Mama, and penned a slew of crime novels recently made available in the U.S. But, to us, Cross is a masterful Houdini when it comes to making magic with flawed characters. His Luther deserves a seat next to some of America’s most notorious bad boys.

So let’s celebrate them – the ones who by society’s definition say we should hate, the ones who live in a morally gray area and hang from a rapidly fraying rope, the ones who even though bloggers and critics are calling for their extinction just keep popping up – in no particular order.

A married man with goumadas galore. A loving father with a heavy hand and a do-as-I-say-not-as-I-do style. A glutton for punishment, he has a penchant for lap dances, gambling, and capicola. David Chase’s North Jersey crime boss uses the seven deadly sins as a to-do list, but he’s not all bad: He has a threadbare soft spot for animals.

Watch it on HBO Go. 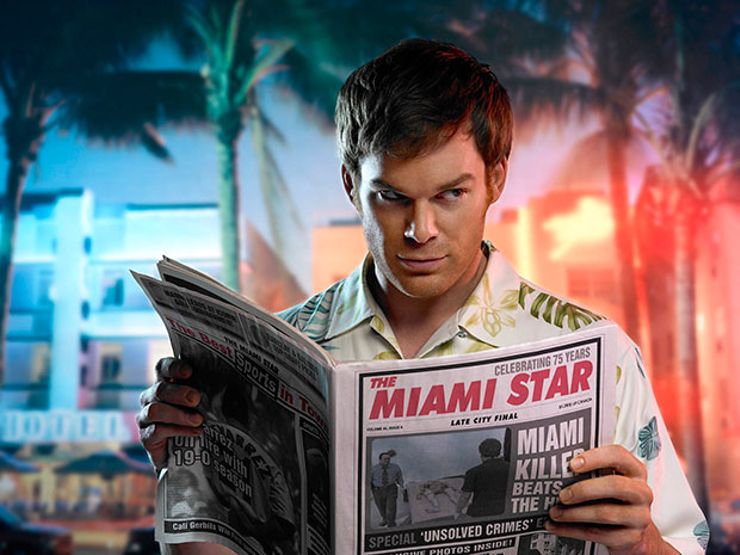 For eight seasons, the Miami-set series about a blood-spatter expert and his grisly late-night activities gave new meaning to the Cleaver household. Leave it to Dexter to use the city’s criminals as fodder for his DIY vigilante chop shop. He’s a loving brother, friend, and colleague, but no criminal is safe so long as he fits into the “moral code” passed on to him by his late father.

Watch it on Showtime Anytime. 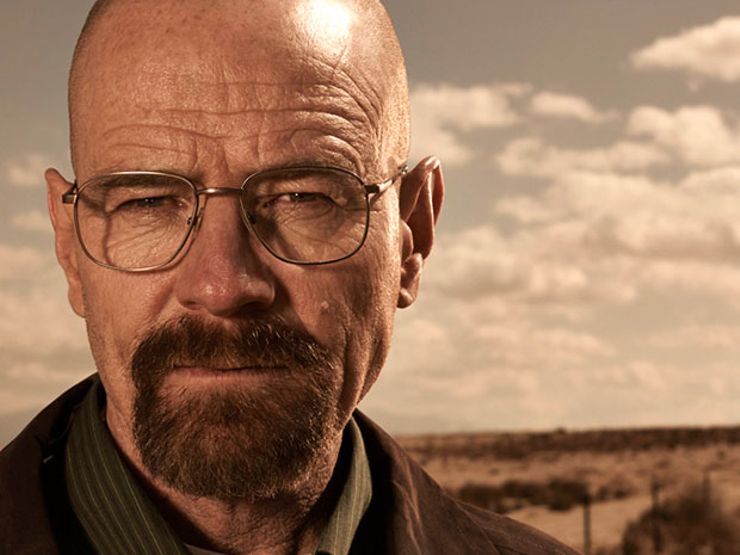 He’s a helluva good cook — and he knows it. The dude with an ego bigger than Jesse Pinkman’s ill-fitting statement tees can be hard to stomach and even harder to say no to. Say his name and you’ve invoked perhaps the most menacing character ever manifested on the small screen. Every Sunday though, we tuned in as a seemingly benign chemistry teacher battling malignancies both literal and metaphorical sublimated into the godfather of meth and a ruthless sociopath in a porkpie hat. Terrifying as he could be, oh, how we miss his baby blues.

Watch it on AMC. 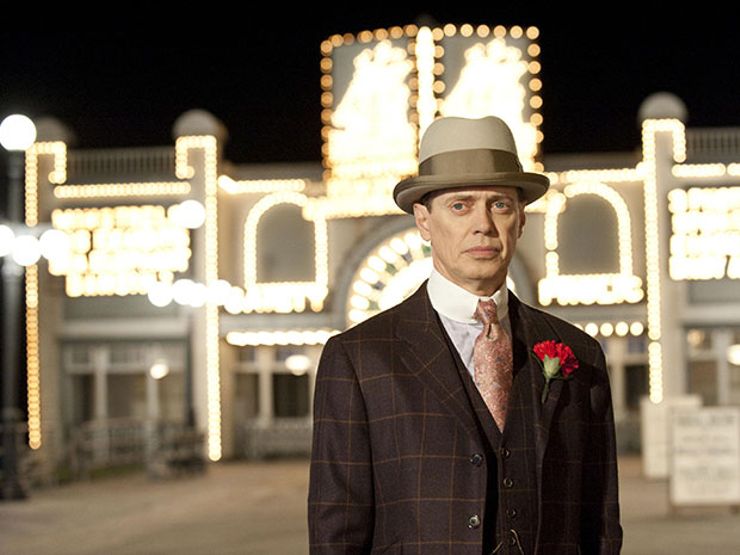 One of the more poetic character arcs to ever grace the small screen belongs to Nucky Thompson. He’s half natty-dressed politician, half unofficial mob boss, but that’s only a fraction of the truth hiding behind the crimson carnation in his lapel. Set during a Prohibition-era Atlantic City, when booze and greed were more prevalent than vaudeville acts, the series stars a brilliant Buscemi, who brought Nucky and all of his charm and grit to effective life.

Stream it on HBO Go. 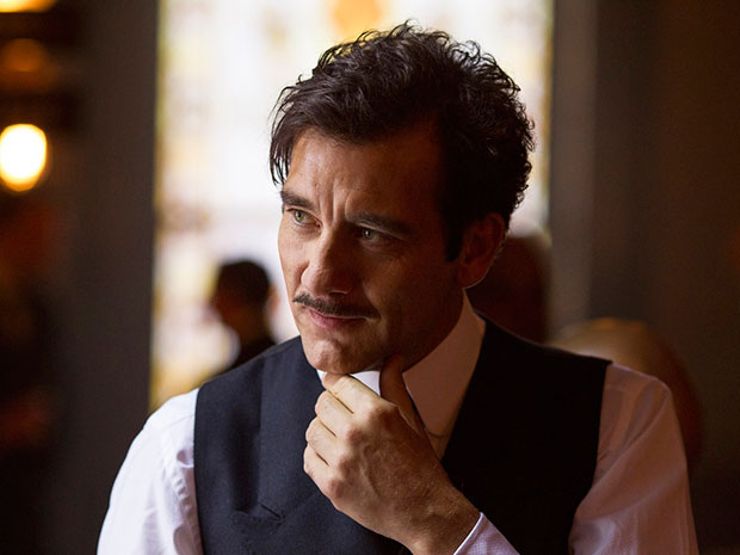 Director Steven Soderbergh, who’s on a “sabbatical” from making movies, brings us our newest antihero in the form of a genius surgeon exercising innovative technique circa 1900. Clive Owen plays Dr. Thackery, the man with fingers skilled enough to finesse a shot of cocaine between his own toes in the back of a cab on the way to work.

Watch it on Cinemax. 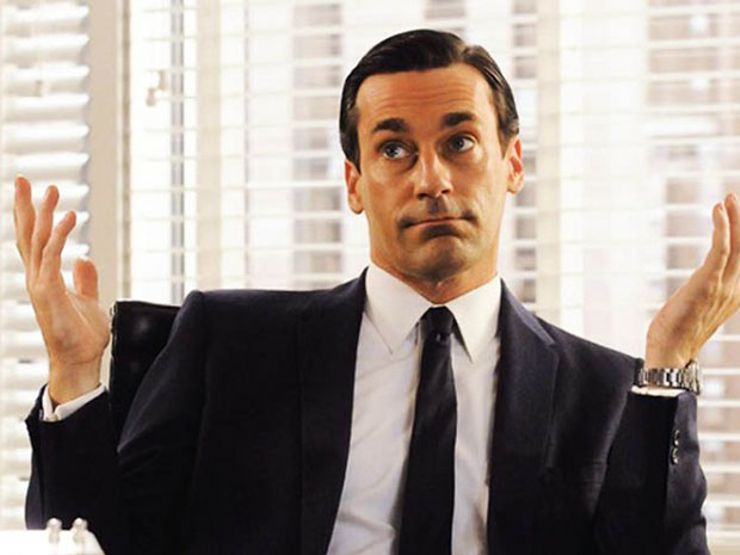 The identity amalgam, who is both Don Draper and Dick Whitman, begins his denouement this spring. Though it’s a total stretch to call Mad Men a crime drama, there’s no denying Don’s a scoundrel. Not because he goes through mistresses like a pack of Luckys, though he does. Not because he assumed a dead soldier’s identity, but he did. Rather because he’s a silver-tongued devil with balls of steel and a heart of solid marble. Right or wrong, for better or worse, Don is impenetrable. And we will miss him greatly.

Watch it on AMC.