The Ancient Ghosts of Bali

On the Indonesian island of Bali, the night is filled with demons and sorcerers.

When night descends upon Bali, the torches are lit. In days past the light flickered from oil lamps and played shadows across the jungle; today, it often glows from a neon sign or 7-11 display in Kuta or Ubud.

But the reason behind the light remains the same: it beats back an inky black realm inhabited by a panoply of demons and ghosts and sorcerers.

This is a side of Bali rarely explored by the millions of tourists who visit the island on an annual basis—even though the supernatural informs an enormous portion of Balinese culture. What one observes in the waking world is deemed sekala, but operating beneath the surface is niskala—the world of unseen magic, white and black, that casts a spell on our lived reality.

The temple architecture and elegant dancing that prompts Elizabeth Gilbert’s spiritual awakening in Eat, Pray, Love? Such sights are rooted in a religion that believes dancing recalls the eternal war of good versus evil, and that temples must be laid out in a manner that protects children from being eaten alive by an iron-clawed witch. 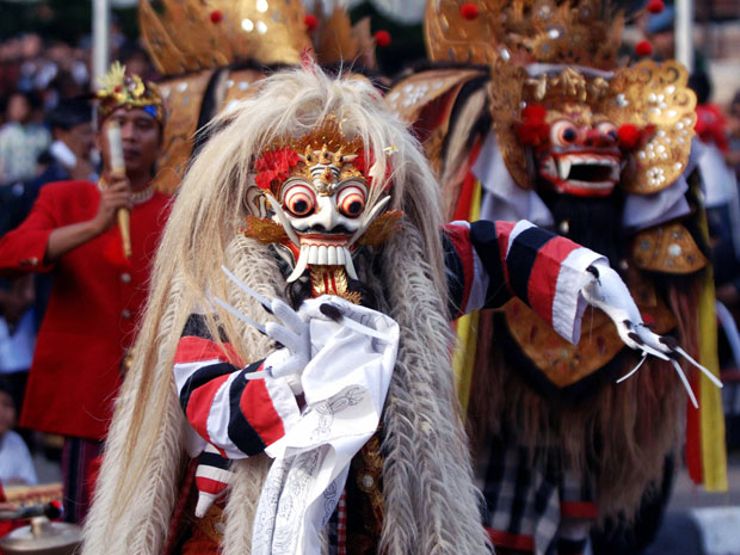 In both of the examples above, the child-eating witch Rangda—Javanese for widow—stands as the prime villain. Her visage is terrifying: a gaunt, half naked woman with long claws and bulging eyes, her body adorned with entrails. She’s a monster who leers at her victims with a tongue tipped by fire. Across Bali, Rangda is often depicted eating still struggling children alive.

Rangda is queen of the leyak, a class of demon that can be found, albeit with different names, across Southeast Asia. The leyak represent pure, unchecked hunger: they’re often depicted as detached heads that fly through the night with their guts dangling behind, searching out the blood of pregnant women and newborn babies.

It is, in fact, easy to find Rangda in Bali. Remarkably easy, as the island’s formidable heritage is pre-packaged and sold to tourists via the Barong dance every night of the year. A complicated, multi-layered drama that dates back centuries, a Barong dance is now merely another item on a checklist of Bali vacation activities, sandwiched somewhere between surf lessons and yoga practice. 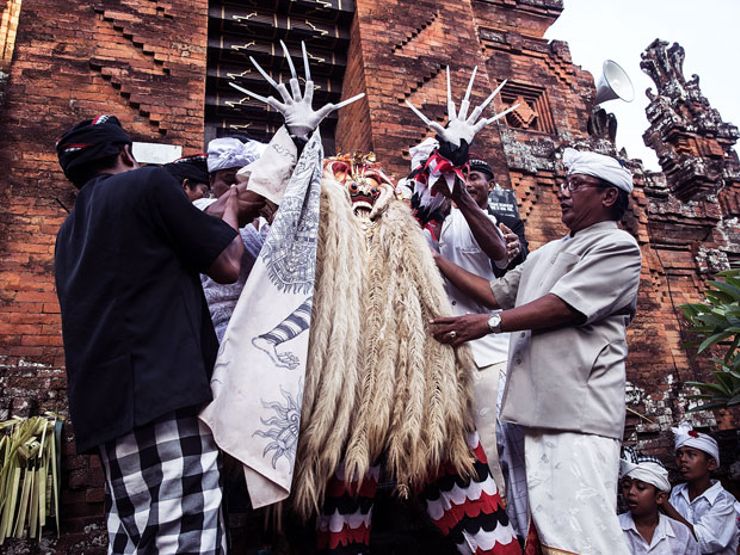 The dance itself is a vibrant display of the island’s eye-catching material culture, but is usually presented with a bare minimum of context—the equivalent of acting out the battle of David and Goliath without explaining the Old Testament. And yet, in defense of the practice, Barong dances have persisted through the centuries partly because they are so energetic and easily grasped even by peasants with no formal education.

The central thrust of the performance is clear: a battle between good, as personified by the eponymous Barong, a mythical lion-like animal, and evil, taking the form of Rangda. Spoiler alert: Barong wins. But herein is the nuance: because Bali is a Hindu island, these supernatural beings are neither entirely good nor evil.

RELATED: JOURNEY TO THE ISLAND OF THE DOLLS

Instead of the moral duality embraced by Christianity and Islam, Hindus believe that great spiritual power can be bent in any direction; Rangda’s fearsome wrath makes her a scourge in one sense, but when properly worshipped, she can be a protector deity as well. Indeed, Rangda is closely associated with Durga, who is worshipped in India as a mother goddess on the one hand, but feared in her malevolent form of Kali, the long-tongued, entrail-dragging queen of destruction. In a similar vein, while Barong battles Rangda, he himself could not exist without her—he may be Light, but without Darkness, he has nothing to illuminate. 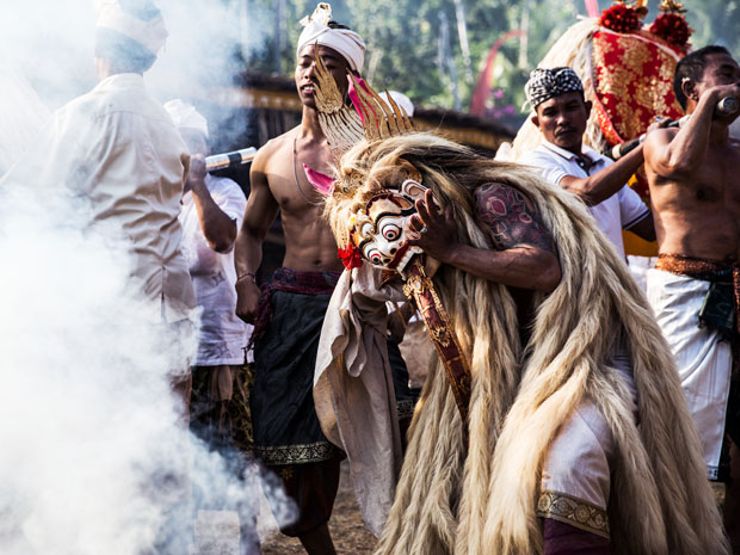 Thus, the ghosts and spirits of Bali are not merely monsters to be feared. They are the yin of wild land, black magic, and the raging ocean, standing in opposition to the yang of rice paddies, white magic, and Gunung Agung, the mountain peak at the center of Bali known as the abode of the Gods.

These forces are opposed, but they require each other to exist. And the grand stage upon which this supernatural drama plays out is our physical world.