9 Most Haunting Ghost Towns from Around the World

The buildings may be empty, but the ghosts of the past still linger in the streets ...

There are few sights more haunting than an abandoned town. The buildings remain, sometimes with furniture and décor still in place. But the streets are empty and the inhabitants have vanished, reminding us that everything in life is transient.

From somber sites of death to forgotten outposts in the Arctic circle, here are the creepiest ghost towns from around the world. 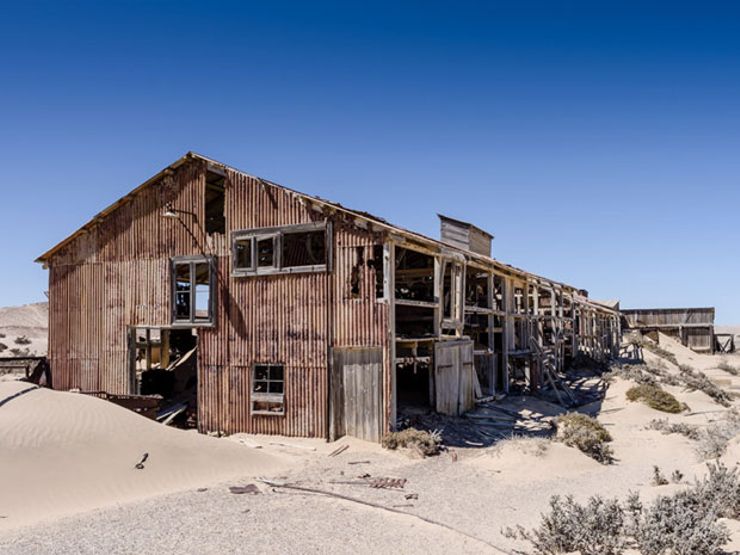 The town of Pomona was once one of the richest diamond mines in the world, with precious stones so plentiful that they could be dug up from the ground with bare hands. During the diamond rush of the early 1900s in German-controlled southwest Africa, the area was declared a Sperrgebiet, or “forbidden zone.” Today the mines are controlled by a joint partnership between De Beers and the Namibian government, but the town of Pomona lies in ruin, slowly being swallowed up by desert sands.

Related: 17 ABANDONED PLACES AROUND THE WORLD THAT YOU PROBABLY DIDN’T KNOW ABOUT 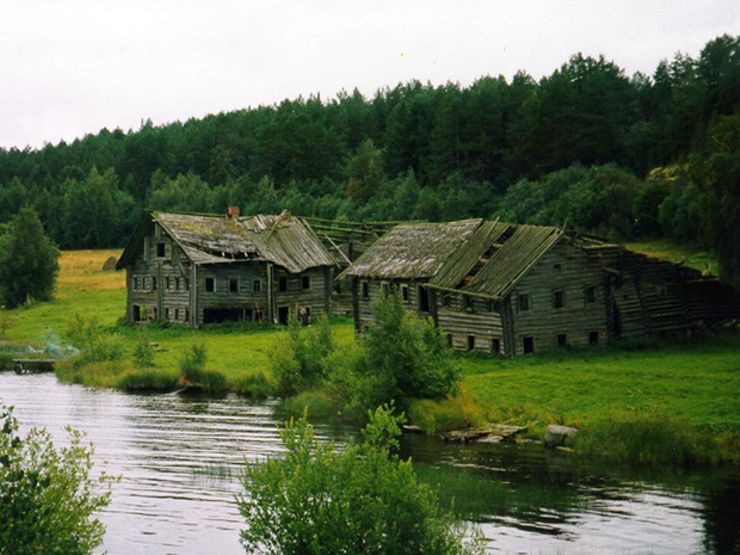 Now little more than a string of dark-windowed, decaying buildings along the shore of Lake Onega, Pegrema was once a beautiful example of the wooden architecture prevalent in the region. Abandoned after the Russian Revolution, the ruined village still boasts an almost completely intact chapel—though the holy site has been stripped of all its religious icons. 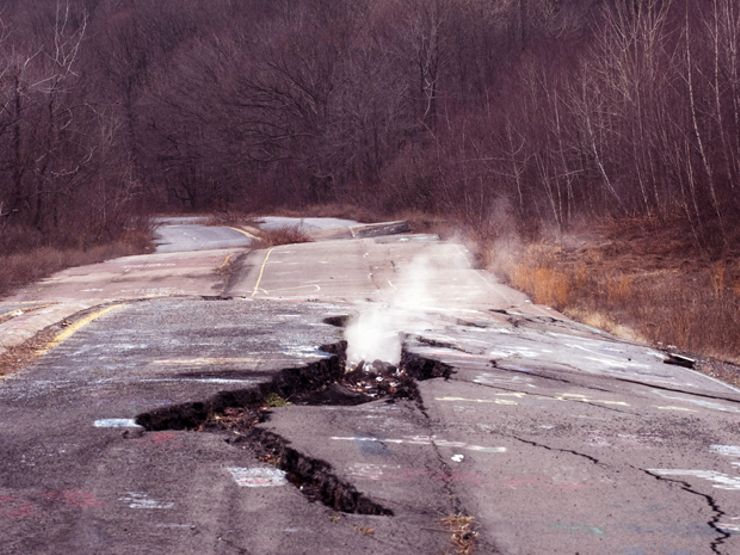 The inspiration for the movie version of Silent Hill, Centralia sits atop a coal mine fire that has been burning since 1962 and may continue to burn for centuries more. In 1992, the federal government condemned the town, and the USPS revoked its ZIP code in 2002. Yet the 2010 census still showed a population of ten holdouts who refused to abandon their property. To this day, the fires burn beneath Centralia, with cracks rupturing the empty streets, and plumes of toxic smoke rising from the ground. 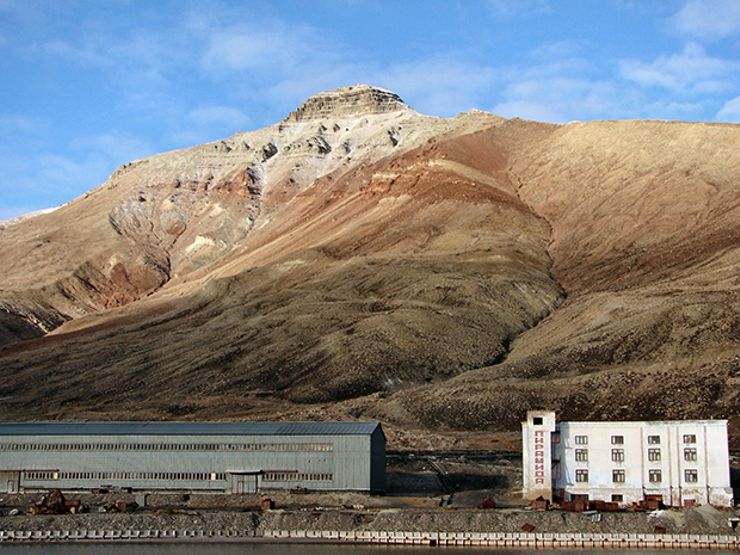 The striking coal mining settlement of Pyramiden—named for the pyramid-shaped mountain that looms nearby—was once a Russian settlement that closed down in 1998. Because of its location on the archipelago of Svalbard, Pyramiden holds numerous records for northernmost objects in the world, including the northernmost monument to Lenin, the northernmost grand piano, and the northernmost swimming pool. As of 2013, the Tulip Hotel had reopened in Pyramiden, allowing tourists to stay overnight while visiting the abandoned city.

Related: ETERNAL VACANCY: 5 ABANDONED RESORTS FROM AROUND THE GLOBE 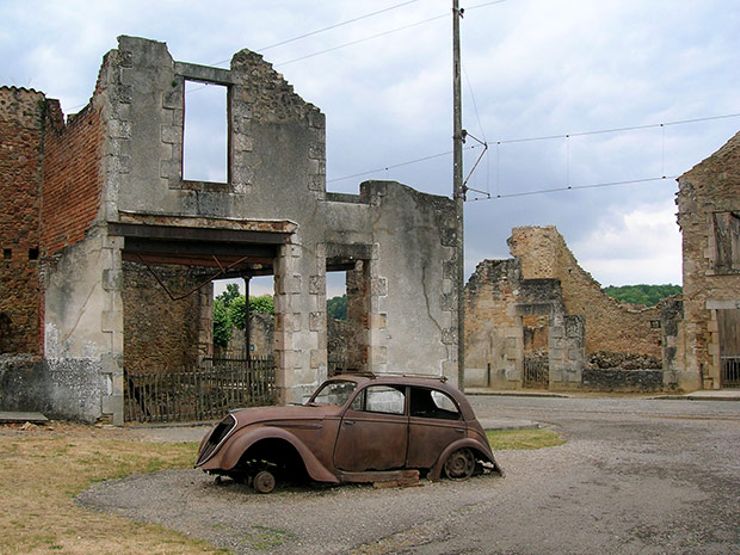 Few ghost towns have histories as tragic as the ruined village of Oradour-sur-Glane. In June of 1944, a Nazi Waffen-SS company massacred 642 of the town’s inhabitants, including 247 women and 205 children. The townspeople were locked into a church that was then set ablaze. Anyone who tried to get out was gunned down by machine guns. Only five men and one woman escaped the village alive, though around 20 others had fled before the Nazis arrived. The town was partially razed that night. And while another village was later built nearby, the original remains untouched—a somber memorial to the tragedy of 1944. 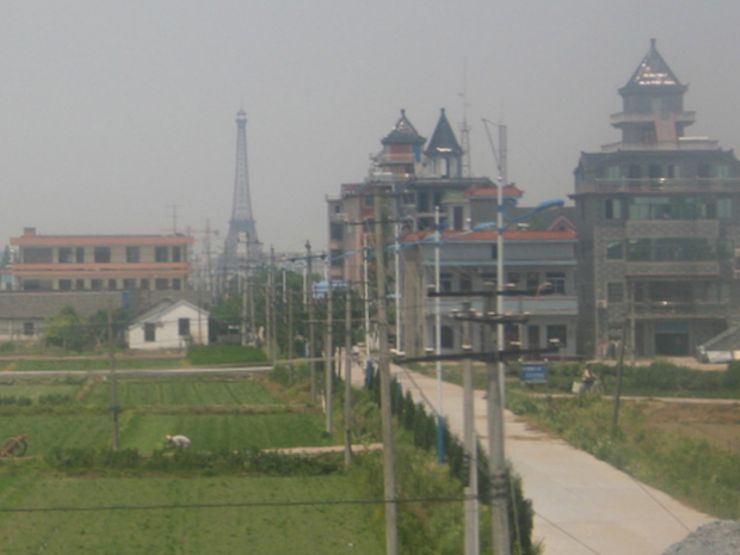 Built to accommodate 10,000 residents but only home to around a fifth of that number, the odd gated community of Tianducheng in China is a reproduction of Paris, complete with a 354-foot replica of the Eiffel Tower. With its many empty Parisian-style buildings, China’s “Little Paris” is a surreal sight to see while passing through the suburbs of the Chinese city of Hangzhou. 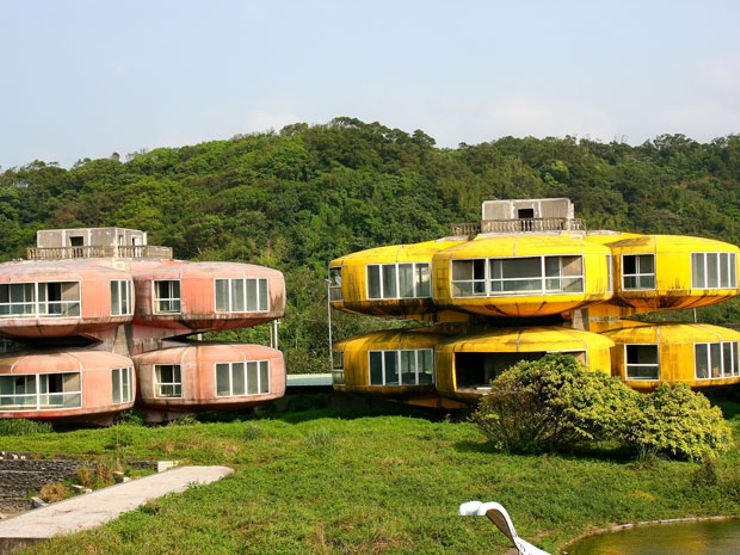 Intended as a vacation resort, this collection of UFO-shaped houses began construction in 1978. Development stopped in 1980 after a series of investment losses, fatal car accidents, and alleged suicides. Some blamed such misfortune on the destruction of an ancient dragon sculpture that the crew had bisected to widen the entry road. Others claimed the “UFO houses” were built over a burial ground for Dutch soldiers. In either case, the site fell into ruin, and remained uninhabited for decades. Sadly, the strange buildings were demolished in 2010 in order to make way for new development on the site. 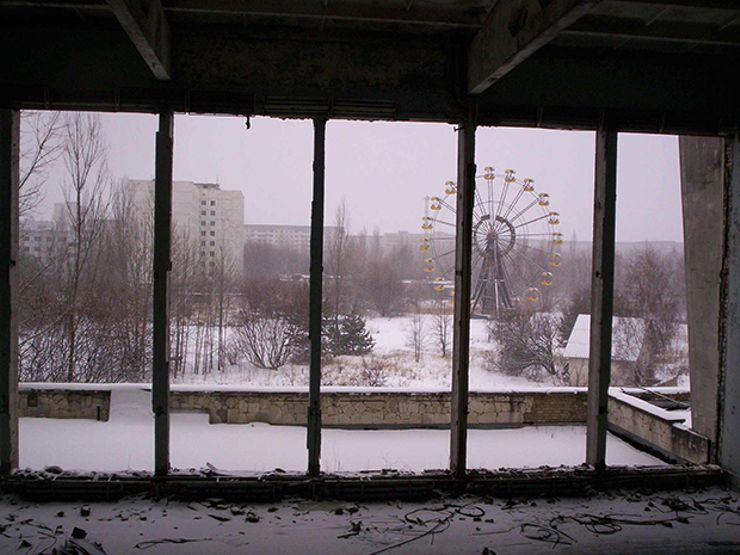 Only inhabited for about 16 years, Pripyat’s entire population of nearly 50,000 people was evacuated after the Chernobyl nuclear disaster in 1986. The empty city, which includes an abandoned amusement park that had opened just a few hours before the evacuation began, has served as the setting for several books and movies, including the 2012 found-footage horror movie Chernobyl Diaries. 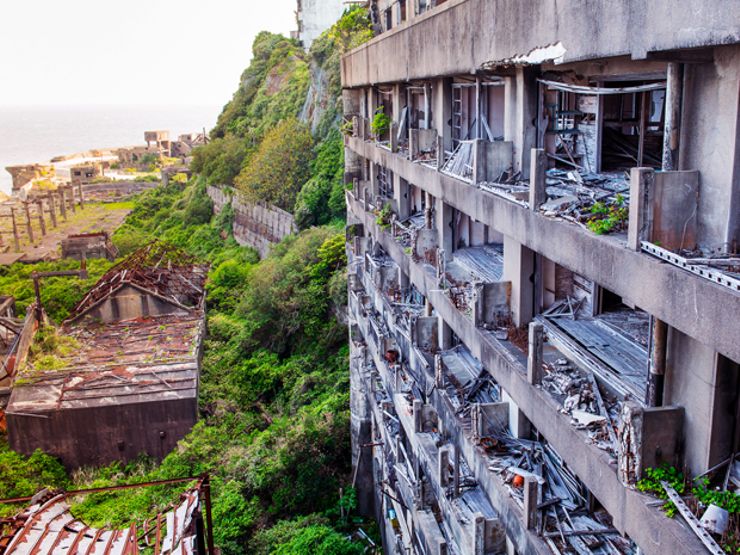 The uninhabited Hashima Island—also known by the nickname “Battleship Island”—was home to a dark history of forced labor prior to World War II. Today it’s known for its historic concrete apartment buildings and sea wall, which have been left undisturbed for decades. The ghost island may seem familiar to James Bond fans, as it served as Javier Bardem’s island base in Skyfall.