He thought they were sleeping ... until he saw the ants crawling across their bodies.

It was the slaying that shocked Australia.

Sometime on the night of December 26th, 1898, Michael Murphy and his two younger sisters were slaughtered as they traveled back from Gatton in southeastern Australia. Their murders prompted a massive investigation—yet the crime remains unsolved to this day.

The small town of Gatton, which in 2011 had a little less than 7,000 residents, lies some 60 miles west of Brisbane in Queensland, Australia. In the late 19th century, it was a popular waypoint for rail and road traffic traveling east to the coast, or west to the fertile region of Darling Downs.

The Murphy family owned a farm about 8 miles outside of Gatton, and 29-year-old Michael was home for the holidays that fateful December in 1898. On the afternoon of the 26th, Michael borrowed a one-horse sulky cart from his brother-in-law William M’Neill to take his sisters Norah, 27, and Theresa “Ellen”, 19, to a dance at the Divisional Board Hall in Gatton. Before they arrived, however, Michael received word that the dance had been canceled, so he turned the sulky around and headed home with his family. No one made it back alive.

Related: The Chilling, Unsolved Murder of the Grimes Sisters

The next morning, the Murphy family awoke to find that Michael, Norah, and Ellen were missing. M’Neill set out looking for them. He followed the road into Gatton on horseback, keeping a eye out for the crooked tracks of his sulky, which had a wobbly wheel from an earlier accident.

He soon found the distinctive tracks, which veered off the road and into a wooded pasture. The sight did not arouse suspicion just yet. Even as the three figures came into view, M’Neill presumed they were sleeping. It wasn’t until he saw the ants crawling across their bodies that he realized what had happened. 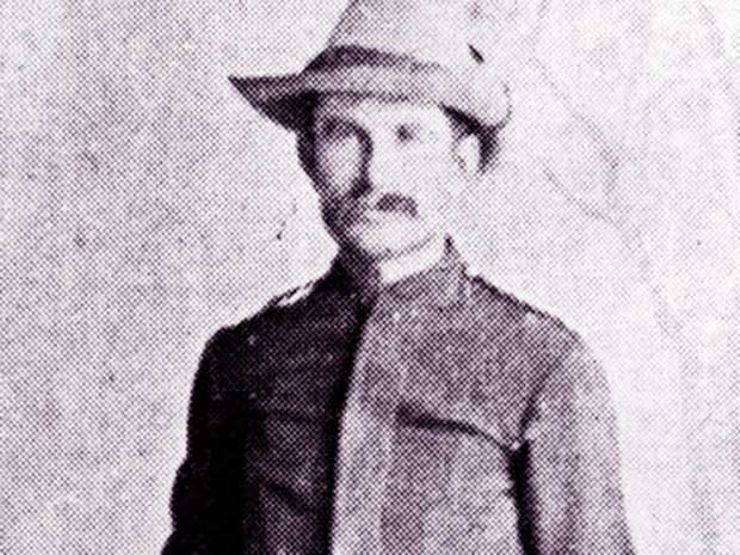 The scene was grisly, and decidedly strange. Michael and Ellen lay back-to-back within a few feet of one another, while Norah lay nearby on a neatly spread rug soaked in blood. All three had their legs carefully arranged with the feet pointing to the west, one of the many odd details that remain a mystery.

The two women had their hands tied behind their backs, while Michael’s hands appeared to have been tied and then untied again, possibly to access a purse found near his body. Speculation later arose as to whether Michael’s hands had been untied by the killer, by M’Neill himself, or by some other visitor who stumbled across the bodies before the police secured the crime scene.

At a glance, it appeared as if all three of the Murphys had been bludgeoned to death. In Norah’s case, her skull was so badly damaged that her brain protruded. Post-mortem examinations revealed that Norah had also been strangled, and that Michael had been shot in the head before being struck; the blow from the blunt instrument partially disguised the bullet hole. In addition, the women may have been raped, possibly with the brass-mounted handle of a riding whip.

The sulky stood nearby, at an angle to the bodies. The horse had been shot in the head and its dead body lay between the shafts of the sulky. A distraught M’Neill raced toward Gatton, stopping first at the Brian Boru hotel where he told patrons of the murder. He then pressed on to alert local police.

A crowd of people left the hotel and hurried to the crime scene as M’Neill sought authorities. Even after M’Neill alerted police, a subsequent communication breakdown within the department led to additional delays. By the time investigators finally arrived at the pasture in full force—nearly two days after the bodies were discovered—spectators had completely contaminated the area.

Police collected more than 3,000 statements in weeks after the slaying. Yet their investigation was plagued by mistakes and accusations of incompetence. After inconsistencies arose between reports from the crime scene and the post-mortem examination, Chief Inspector Stuart ordered the bodies to be exhumed and re-examined. The examination uncovered previously missed evidence, including a bullet lodged in Michael’s skull. 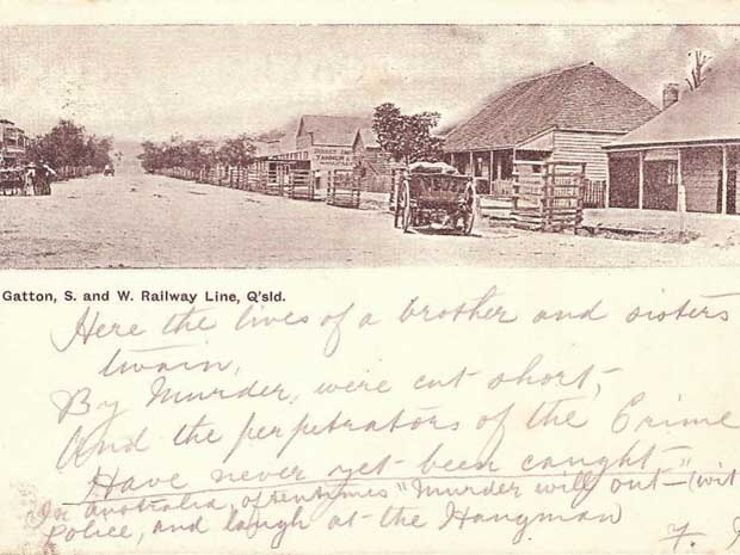 Such errors led to rumors ranging from corruption within the police force to sinister interference from the Murphy family. While numerous individuals were suspected, no one was ever changed in the attacks. Anger over the perceived mishandling of the case led in part to a Royal Commission in 1899, which investigated the methods of the Queensland police force.

For many amateur detectives, the most likely culprit is a man known variously as Theo Farmer, Thomas Furner, and Thomas Day. Day was employed by a local butcher in December 1898, and was reportedly lurking near the murder scene on the night of the killings. Some suspect that he was also responsible for another murder just a few weeks before, when 15-year-old Alfred Stephen Hill was killed in nearby Oxley. The boy’s pony was shot in the head, much like the Murphy horse.

In 1900, Day was admitted to the Sydney Hospital under the name Thomas Furner, where he died from a self-inflicted gunshot wound to the head. It is said that he left behind a suicide note admitting that he was present during the Gatton Murders, and stating that he couldn’t sleep due to nightmares of seeing the victims’ heads being bashed in.

Such a claim only compounds the mystery. Was Day the actual killer, or did he witness the slaying committed by another hand? More than a hundred years later, the Gatton Murders case is haunted by unanswered questions.