The Girl That Got Away from Jason: An Interview with Amy Steel from Friday the 13th Part 2

What's it like to stare down a machete-wielding madman?

TLU: Did you separate yourself from the actor who played Jason?

AS: The actor that comes through the window in the last scene is Warrington Gillette. He was hired to play Jason, and he really wanted to be an actor, so the makeup he had to wear was claustrophobic for him. He had to sit in that monstrous get-up for hours, with stuff in his teeth and mouth. He looked like he was about to have a panic attack. When someone is sitting there with that amount of prosthetics on, you get the vibe that they are literally on the verge of freaking out.

You don’t go up and say, “Hey, you wanna play fish?” I just stayed away. I’m not a method actress. But you’re sitting on set, it’s three in the morning, it’s dark, you’re cold, and you don’t want to mess up the shot, so you’re in this mode of nervousness. 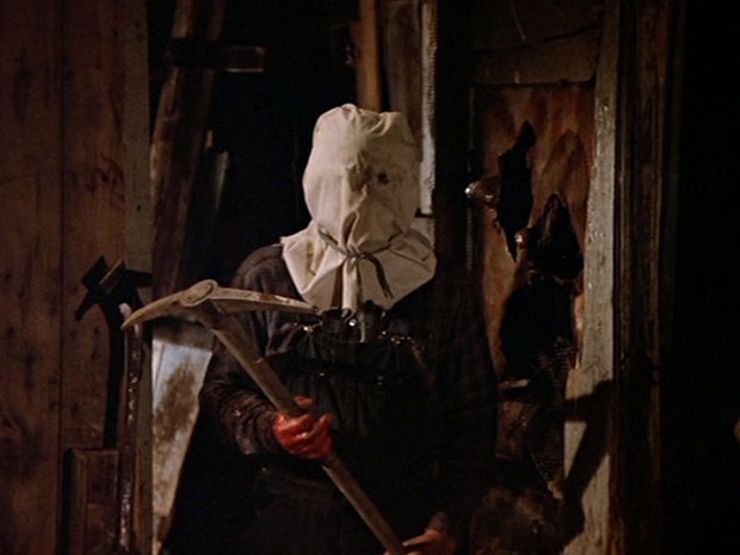 TLU: And the rest of the cast?

AS: The actor that gets his throat slit hanging upside down, he’s just sitting there with this makeup on his neck with a hose that’s glued and gushes blood. It’s uncomfortable. And the guy with the hatchet in his head—you know it’s fake, but you look at your fellow actors and you know they are in distress. They can’t eat, they can’t talk, they can’t walk around.

Then they say, “Okay! It’s your time!” It’s all set up so you’re stressed out. Even just talking about it now I get goosebumps because it’s creepy, how hyped up you are. In those days, they wouldn’t even let you see the dailies and they really kept you in the dark.

TLU: Were you afraid of the actor that played Jason?

AS: Well, Gillette left, or got fired—I’m not entirely sure. So our stunt coordinator had a guy and he said, he can do it. That was Steve Nash. All he had to do was run through the woods with the flour sack on his head with one eyehole. This is stunt stuff. The actors didn’t really mix with the stunt people. So I didn’t hang out with Steve. He’ll say it’s because I was afraid of him and that I was being a method actor, but he was just a bizarre guy. Maybe I was a little afraid of him. He was playing this creepy stalker!

TLU: You’re acting … but you’re also not acting because it’s such physical work, it’s your body’s response to being threatened, that’s hard to turn off.

AS: Exactly. You’re so high that you don’t realize what you’re doing, you have a physical response, a dude is coming after you, and you’re screaming and your brain is getting all the messages that it’s really happening, and you have the added pressure of hitting your mark. There was a moment when I was supposed to kick him, and I broke his ribs.

In the final scene when I put the sweater on, I was supposed to bring the machete down on the count of three. They are counting it off, “one, two, three,” so that my machete and his pickaxe would collide. Of course I was so nervous. The director is counting “one . . .” and I brought it down on two, right on Steve’s finger. And I was so horrified. We went to the emergency room, and he’s dressed as Jason, and I was mortified. And he just said, “Are you kidding this is great! Another scar!” 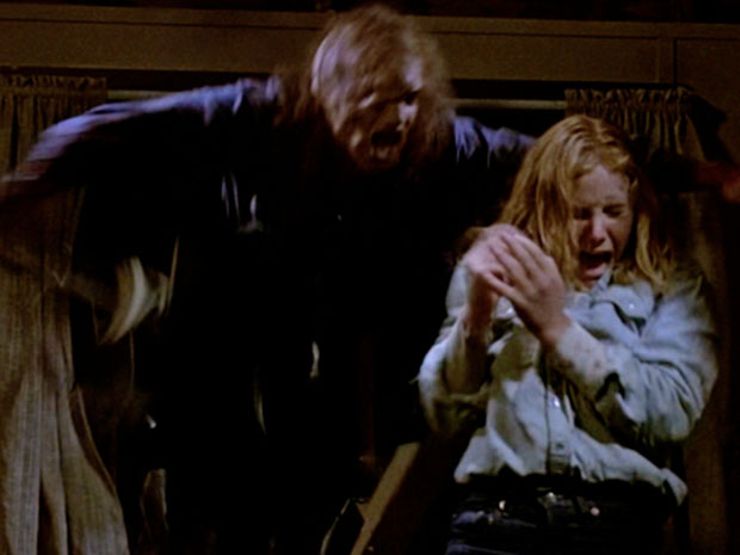 TLU: The movie culminates with Jason yanking your character through the window. How many times did you have to shoot this scene?

AS: If I told you that in 60 seconds somebody is going to scare you, you are still going to jump, no matter what. They were using a high-speed camera and I could hear it, it was this crazy lawnmower sound. I knew this guy was going to bash through plexiglass on a swing and grab me.

I was thinking this is the worst moment of my life, and they had to do a lot of re-sets because they had to put the window back together. So it would be an hour, hour and a half between takes. I think we did it at least three times. When the director came back a week later and told me we had to do it again, I was so upset.

TLU: This sounds traumatic. Is that the reason you didn’t sign on to do the third movie?

AS: When I finished filming Pt. 2, I was trashed. I was exhausted. But that’s not why I didn’t do Pt. 3. I wanted to be taken seriously as an actress. At the time there was still a stigma associated with horror movies. Jamie Lee Curtis changed that . . . but the roles were limited. It was mostly about screaming. I regret not doing the third film. It’s one of my biggest regrets.

TLU: Now you work as a therapist. Your character Ginny was also interested in psychology. In fact, she uses her understanding of psychology to triumph over Jason.

AS: It’s funny, I had a fan point this out to me. I thought, “Wow, that’s weird.” But at the time I had no idea … I was interested in psychology. Aren’t we all? But I had no idea I would become a therapist. 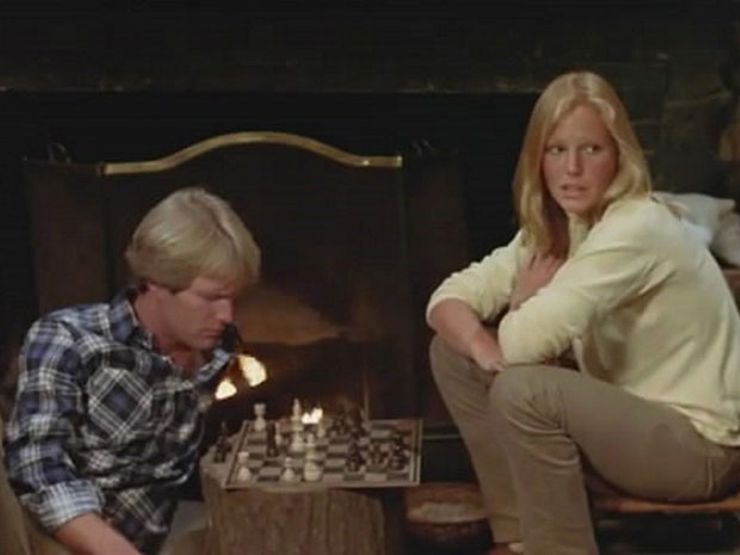 TLU: As a psychologist, why do you think so many people love horror movies? Why do people like to be scared?

AS: I think a good portion of people who love horror have suffered their own horror, their own trauma. One fan told me Jason helped him through his teen years. He said: If there’s something out there that is that strong, I’m going to make it. Another person told me the horror films helped her put things in perspective, as in, it could be worse. I think the fear takes you out of your own life, your own problems. It’s an escape. When you’re watching a scary movie, you’re grasping on to the person next to you. I think they bring people together.

All stills from "Friday the 13th Part 2" via Georgetown Productions Inc. and Paramount Pictures