Death in Eyam: The Tragic Tale of England’s Plague Village

When the Black Plague arrived at Eyam's doorstep, its villagers were forced to choose between life or certain doom...

Contracting the plague in 17th century England was a death sentence. While we now know that flea-bitten rats spread the sickness to humans, those living through the epidemic possessed no such knowledge. Many feared the Black Death was the wrath of God, leading sufferers to treat symptoms with curious methods, like fastening a toad to swollen bubo lumps in hopes of removing the poison.

London was hit especially hard in its Great Plague outbreak of 1665. Yet one quiet English village due north of the city stands out for its voluntary isolation after infection struck—even though the decision spelled certain doom for the community.

RELATED: BORLEY RECTORY: THE MOST HAUNTED HOUSE IN ENGLAND

In the fall of 1665, as the plague raged through London, a package of cloth was sent from the capital to Alexander Hadfield, a tailor who lived in Eyam, Derbyshire. Hadfield wasn’t home, so his apprentice George Viccars received the parcel. Realizing the materials were damp, he hung them to dry by the fire.

Soon after, Viccars fell ill, becoming the first in Eyam to be struck by the plague. 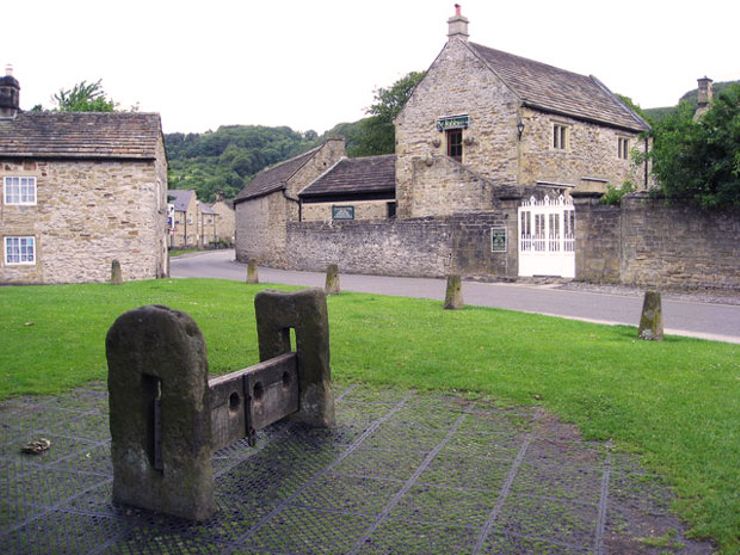 The apprentice died within a week. Members of the household soon followed suit. As more neighbors fell ill throughout the fall, the village of Eyam realized the plague had arrived.

Wealthy townsfolk and those not tied to their land fled. Some stayed in the area, constructing makeshift homes in nearby caves. The illness receded in the winter months, but as the weather warmed in the spring of 1666, the number of infected rose—leading those who were able to flee Eyam entirely, often taking the sickness with them.

One man who vowed to stay was Rector William Mompesson and his wife Catherine (their children were sent to Yorkshire). Though the Black Death was all around him, the rector stood fast, determined to combat its spread.

Rector Mompesson sought the help of another man, Thomas Stanley, a Puritan and former rector who still had considerable religious favor. The two had different religious views—a big deal in those days. Yet together they agreed to take charge. 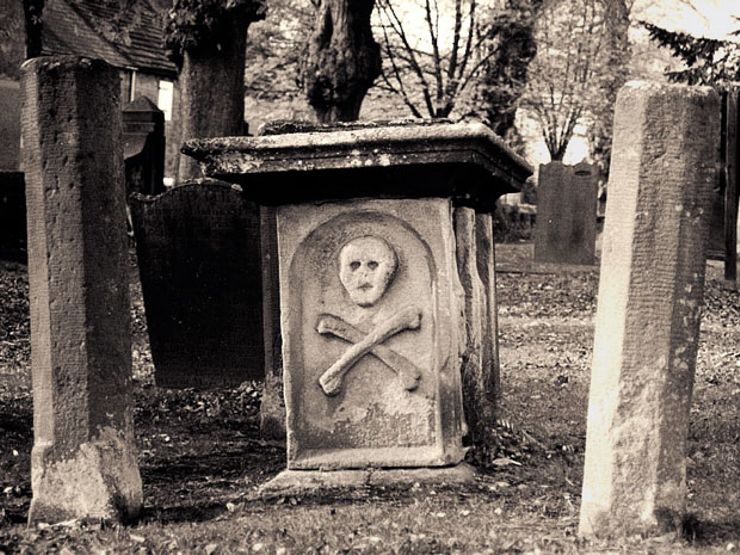 The pair presented a bold plan of forced quarantine to what remained of the village. They asked everyone to subscribe the following rules:

Do not bury the dead in the church graveyard. Instead, bury your deceased on your own land.
The church will be closed until further notice. Services will take place outside at Cucklett Delph and families should keep 12 feet distance from one another.
Eyam will remain isolated and no one is to leave or enter until the plague is eradicated.

Parishioners understood the deadly stakes of the self-imposed quarantine. Doubly troubling was that according to their faith, the dead had to be buried on holy ground so that they could rise on Judgment Day and enter heaven. Miraculously, despite such physical and spiritual anxieties, they came together. The quarantine of Eyam commenced.

Life was difficult, but nearby villages pitched in with goods. The Earl of Devonshire paid for medical supplies and food. These were delivered at set drop off points outside of Eyam. Plague Stones provided demarcations that outsiders knew not to cross. 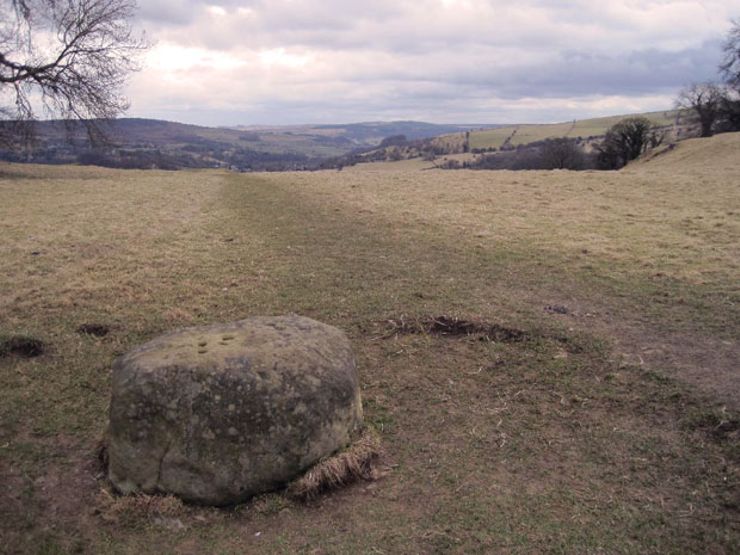 Coins were left in the waters of Monday Brook, so named for the day the town of Bakewell dropped off their goods. Vinegar was also used as a disinfectant, with grooves drilled into boundary stones and filled with the substance as a kind of decontamination station.

Unsurprisingly, the Black Death decimated Eyam during the quarantine. A reported 76 families were infected, with some experiencing huge losses that nearly eradicated their entire lineage. Catherine, the rector’s wife, succumbed to the illness. Mrs. Hancock, once belonging to a family of eight, dug the graves of her husband and six children within one week.

Such heartbreaking tales stretched beyond the walls of Eyam. Rowland Torre reportedly lived in nearby Stoney Middleton and had been meeting Emmott Sydall of Eyam in secret each day to gaze at each other from afar, never touching. Then, in April, Emmott stopped coming. Rowland continued to wait for her each day, month after month, and finally entered town when the plague was over. To his dismay, the Sydall family had perished. 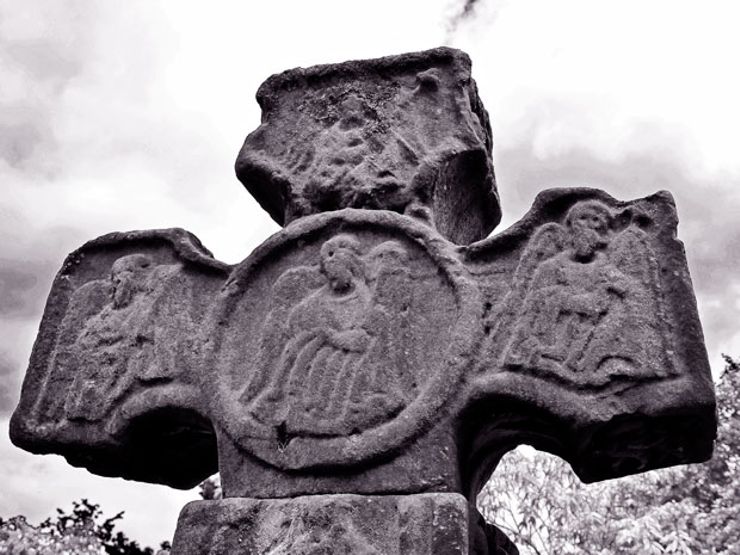 In total, at least 260 people died in Eyam over the course of 14 months. Alternate calculations set the death toll at 370. Those who survived saw the end of the plague and a lifting of the quarantine in Christmas 1666. Survivors burned everything but the clothes on their backs to ensure no further contamination.

Today, Eyam in Derbyshire is known as England’s Plague Village. Visitors come from far and wide, attracted by the tale of the Eyam villagers who sacrificed their lives so that others might live. On the last Sunday of August, locals commemorate those brave souls with a celebration, known as Plague Sunday.