Eerie forces stole the show on the sets of these cursed movies.

Believe it or not, the following strange tales from these cursed movies are actually true. Whether the mysterious happenings are merely eerie coincidence or the sinister act of the Devil himself, is all up to you. Here’s the 411, or should we say, the 666. 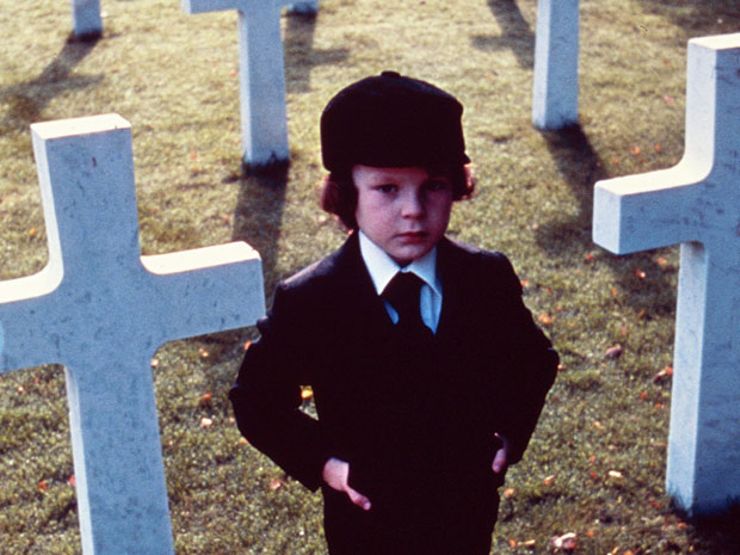 Still from The Omen via Twentieth Century Fox

They don’t call it the “curse of the omen” for nothing. The cast and crew of this horror classic were haunted by tragic deaths and real-life encounters with the supernatural.

1. Just months prior to filming, lead actor Gregory Peck’s son shot himself.
2. While flying to London, Gregory Peck’s plane was struck by lightning.
3. A few weeks later, executive producer Mace Neufeld was on a plane to Los Angeles that was also struck by lightning.
4. Producer Harvery Bernhard narrowly escaped being struck by lightning while filming in Rome.
5. An animal handler who helped with the “crazy baboon” scene was eaten alive by a tiger shortly after shooting wrapped.
6. A plane that was chartered by the film but switched at the last minute went down shortly after takeoff, killing everyone on board.
7. Special effects artist John Richardson, who helped with the film’s infamous decapitation scene, suffered a car crash during post-production. While Richardson survived, the head-on collision beheaded Richardson’s passenger, assistant Liz Moore, in a manner that was eerily similar to the death scene he helped shoot. 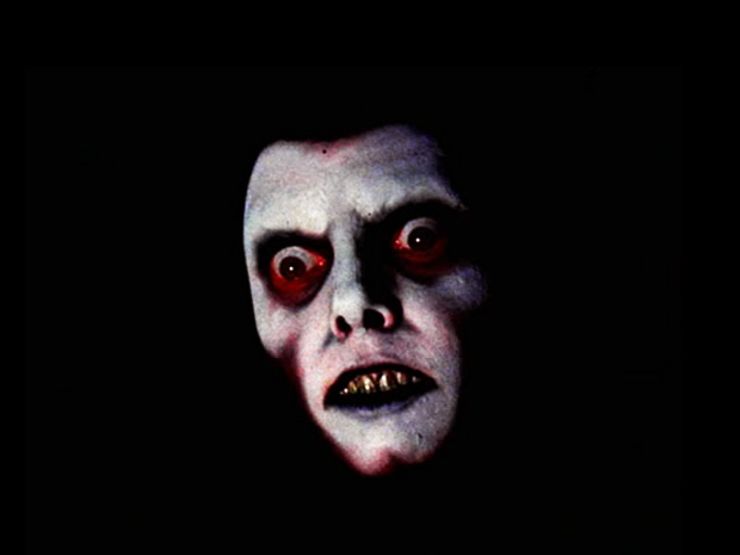 Still from The Exorcist via Warner Bros.

Pea soup stains were the least of this possession film’s problems, which was beset by fire, deaths, and lightning.

1. The entire set for the MacNeil home caught fire and burned down. Regan’s demonic bedroom, meanwhile, remained untouched.
2. While on set, Ellen Burstyn suffered a spinal injury during a stunt gone wrong.
3. Nine deaths are connected to the film, including Jack McGowran who played Burke Dennings, Linda Blair’s grandfather, and a night watchman on set.
4. During the film’s Rome premiere, lightning struck a 400-year-old cross atop a nearby 16th-century church. 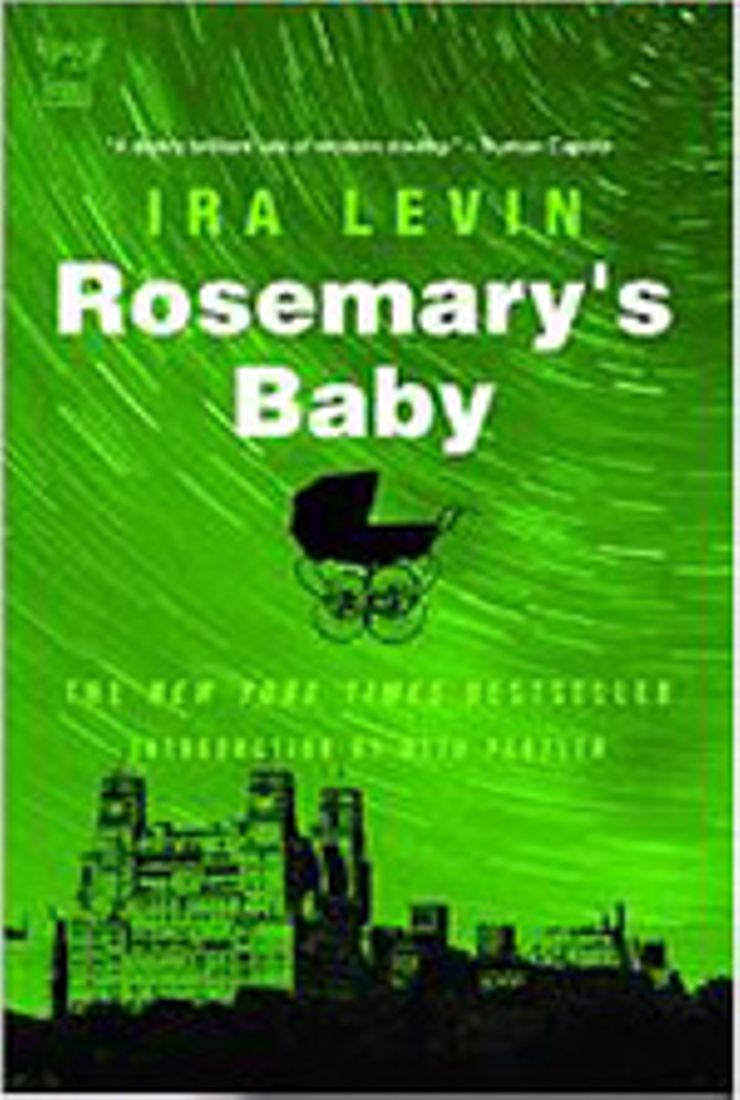 The malevolent forces at work in this supernatural thriller from 1968 took an ominous new tone when strange ailments beset the crew and true evil struck the director’s family.

1. After receiving death threats over the film’s satanic themes, producer William Castle suffered kidney failure and was rushed to the hospital.
2. Unbeknownst to Castle, the film’s composer, Krzysztof Komeda, had been admitted to the same hospital due to a blood clot.
3. Komeda later died from the hematoma. His death was eerily similar to the filmic demise of Hutch, Rosemary’s friend, who also died of a blood clot.
4. A year after the release of the film about evil descending upon an expectant mother, members of the Charles Manson family murdered director Roman Polanski’s wife, Sharon Tate, and her unborn child.

Stream it on Amazon, Google Play, and iTunes.
Related: The Manson Family and the Gruesome Murder of Sharon Tate 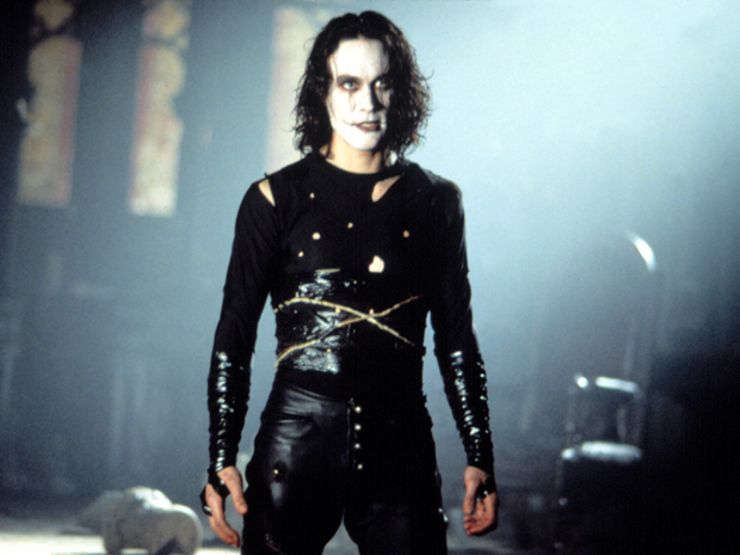 Still from The Crow via Miramax

The movie that was supposed to launch actor Brandon Lee into super-stardom was instead plagued by on-set injuries and one deadly tragedy.

1. One of the film’s carpenters got shocked and burned by a scissor lift while on set.
2. A stuntman fell through the roof in between takes.
3. A crew member accidentally stabbed his hand with a screwdriver.
4. A grip truck unexpectedly went up in flames on set.
5. A disgruntled carpenter plowed through a plaster shop in his car.
6. While filming, Brandon Lee was shot and killed by a live bullet unknowingly lodged in a prop .44 handgun.

Stream it on Amazon, Google Play, and iTunes.
Related: 10 Movies That Nearly (or Actually) Killed Their Stars 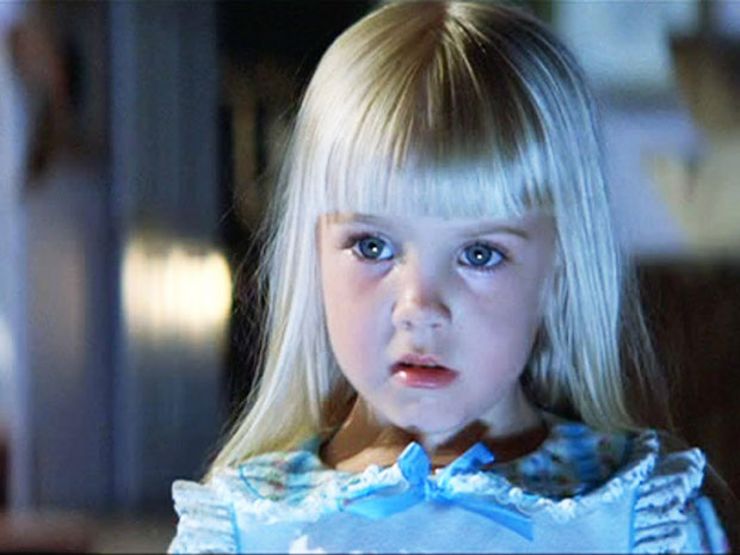 Of all the films in this list, Poltergeist makes the freakiest case for cursed movie sets. All three films in the franchise are marked by a death.

1. Dominique Dunne, who played Dana in Poltergeist, died in 1982 after being strangled by her abusive boyfriend.
2. Actor Julian Beck died in 1985 during post-production on Poltergeist II. Will Sampson, who played Taylor the medicine man, died a year after the film’s release.
3. The film’s iconic lead, Heather O’Rourke (Carol Anne), died at age 12 less than a year after the release of Poltergeist III.
4. In 1992, actor Richard Lawson, who played Ryan in Poltergeist, survived a plane crash out of LaGuardia that killed 27 of the 51 on board.
5. In 2009, actor Lou Perryman, who played a construction worker in Poltergeist, was axed to death in his home by an ex-convict.
6. Many believe these deaths were a form of spiritual payback for the real corpses used as props in the infamous “flooded pool” scene of the first film. 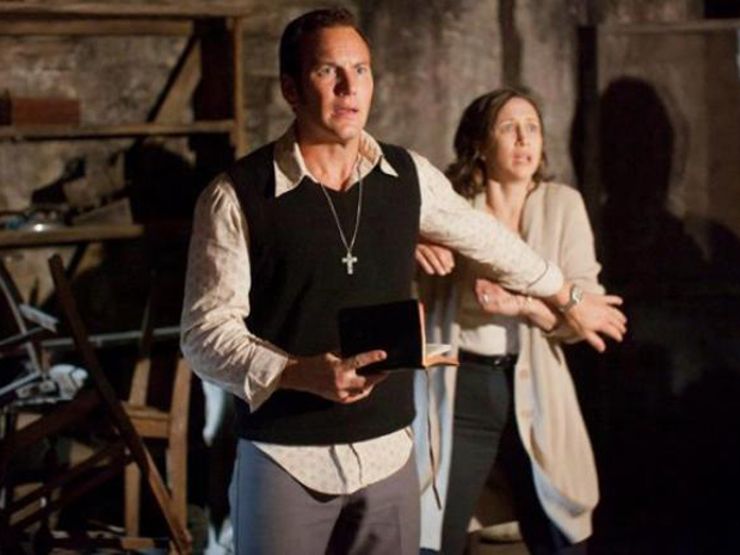 Still from The Conjuring via New Line Cinema

James Wan may have been playing with forces beyond his control when he shot this film about the evil force taunting the Perron family, and the real-life demonologists, Ed and Lorraine Warren, who helped get rid of it.

1. Phone calls between the screenwriters and Lorraine Warren always suffered static and often went dead.
2. When members of the real-life Perron family visited the set, they were met by a gust of fierce wind.
3. While the Perrons were being bullied by wind, mother Carolyn felt a presence back home then suffered a bad fall.
4. Shortly thereafter, the cast and crew had to evacuate their hotel due to a fire.
5. When working late one night, Wan’s dog wouldn’t stop growling at … nothing.
6. Lead actress Vera Farmiga’s laptop was mysteriously slashed with five claw marks. 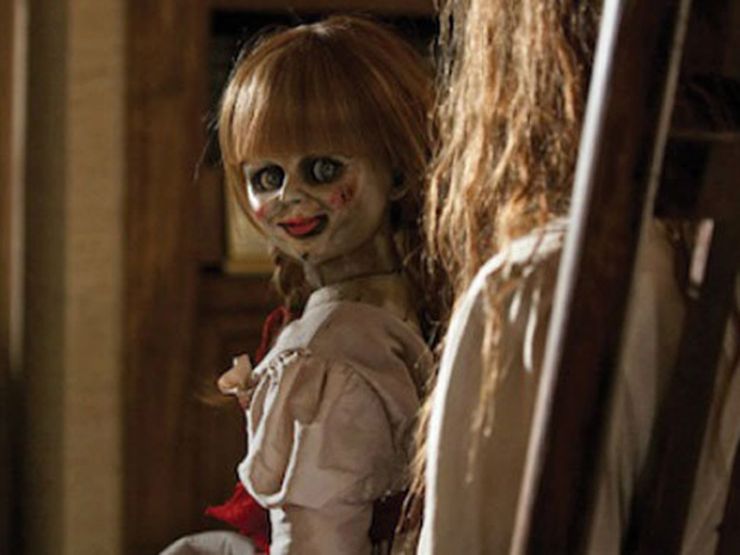 Wan’s prequel/spin-off to The Conjuring proved what we already knew: Don’t mess with demonic dolls, ever.

1. While filming, director John Leonetti discovered a three-finger marking clawed across a dusty set window. Eerily, the film’s demon also had just three fingers.
2. On the day the film’s demon went full makeup a crew member suffered an injury.
3. While on set, a lighting fixture abruptly fell and struck an actor’s head. That same actor played a handyman in the film, who is killed by the demon in the very same hallway.
4. The film is inspired by an actual doll believed to be possessed by evil spirits. The real-life Annabelle lives in Lorraine and Ed Warren’s Occult Museum, stored safely inside a glass case with a sign warning visitors to leave the door locked. A priest visits the museum and blesses the doll regularly.

Stream it on Amazon, Google Play and iTunes.

Featured Still from "Poltergeist (1982)" via MGM