5 Creepy Disappearances That No One Can Explain

These bizarre cases will send a chill down your spine. 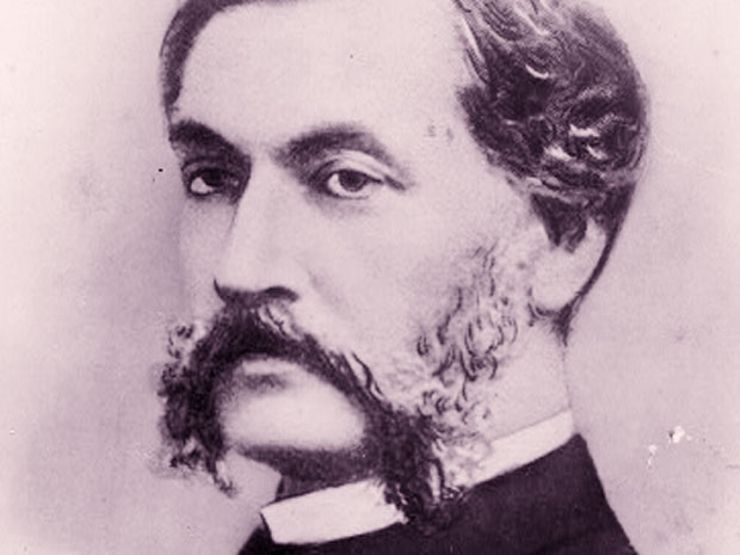 There’s hardly anything that sends chills up my spine faster than a story about someone who went missing, never to be seen again. Bonus points if no one seems to have seen anything, and nothing else strange was happening at the place and time.

These 5 cases? They’re fit for spooking you in the dark … or at the very least, tickling your curiosity.

Inventor Louis Le Prince could have been one of the most influential Frenchmen of the 19th century, but even though he was light years ahead of his time (and even created the world’s first moving picture), you’ve never heard of him.

Why? Because he disappeared from a moving train.

Le Prince was on his way to America in 1890 when he checked his bags and boarded a train from Dijon to Paris. When the train arrived, Le Prince was nowhere to be found.

The windows in his cabin were locked, no one heard a thing, and–get this–his luggage was missing as well. The entire train was searched, with hide nor hair of the luggage or the man found.

Theories range from family financial trouble to Le Prince committing an elaborate suicide (even though he was on his way to brag about the breakthroughs he’d made in his field). There is even a question of whether American competitor Thomas Edison could have been involved.

Le Prince and Edison were in direct competition, with the American inventor blocking Le Prince’s patents in the U.S., and Le Prince returning the favor by leaking Edison’s camera designs in France before Edison could obtain European patents.

Despite the fact that there was no love lost between the two men, there’s nothing that connects Edison to the disappearance. Furthermore, we still don’t have the slightest idea how the man disappeared.

We probably never will.

4. The Crew of the MV Joyita 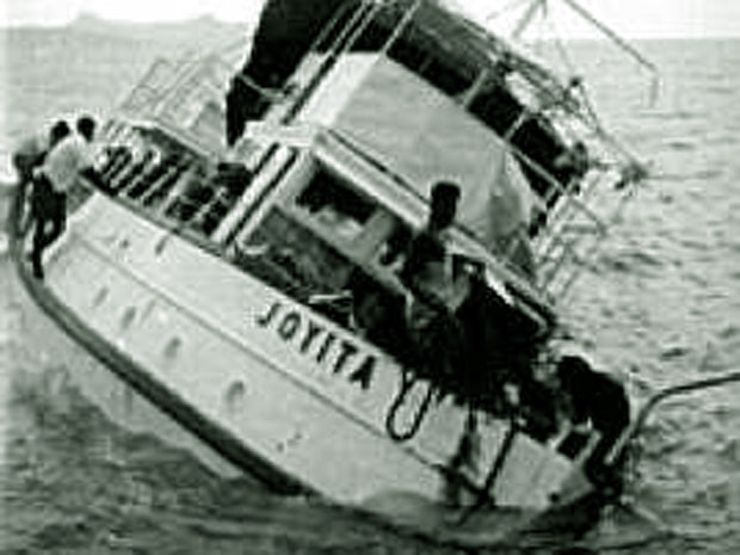 In 1955, the MV Joyita left Samoa on what should have been a two-day voyage to the Tokelau Islands. The destination port sent a message when it hadn’t arrived after four days, and the 25 crew members and cargo were never found.

No distress signal was sent (or none was received, at least), and the ship wasn’t found until a month later, floating listlessly 600 miles away from Samoa … with no one on board.

The ship’s logbook and navigational equipment were missing, along with the lifeboats and food rations. Although the Joyita’s radio was set to an emergency frequency, the signal only reached two miles due to bad wiring that had been overlooked.

Although it might seem as though the story has a totally boring conclusion–they had to abandon the ship–there are several contributing factors that muddy those nice, clean-cut edges.

First, the ship was seaworthy. Although there was a hole in the outer structure that seemed to indicate a collision of some kind, the hull hadn’t been breached. The water found on board was more consistent with the way it was bobbing on its side when they found it. Not only that, but if they had simply left the ship, why did the air searches not spot any lifeboats?

Even stranger, the doctor’s bag was loaded with bloody rags instead of his medical tools, all the ship’s windows were smashed, and the main engine, for some reason, was covered in mattresses. On top of that, all of her clocks had stopped at 10:25 p.m.

There are plenty of theories, but none were based on any evidence or facts that ever turned up. So whether it was pirates, aliens, or Japanese holdouts from WWII, the ship–like all good ones–is holding fast to her secrets.

On April 15, 2005, the Pennsylvania District Attorney Ray Gricar phoned his girlfriend to tell her he was out for a drive and would be home soon. He never arrived, and hasn’t been heard from or seen since. His car was found outside a nearby antiques store and his laptop was recovered from a local river, but otherwise the investigation turned up no leads.

Well, except the very interesting fact that he was working on a case against a certain Penn State football coach at the time. Yeah. A good six years before charges were finally brought against serial sexual abuser Jerry Sandusky, Ray Gricar was looking into doing just that. And then he disappeared.

But wait–it gets even weirder.

Gricar had enough evidence to press charges against Sandusky back in 1998, but he mysteriously never did. Same thing in 2005, though it seems clear that he was stacking evidence up for some reason–perhaps to create a case so airtight that no one could convince him to back down again.

Perhaps most puzzling, a search of Gricar’s home computer in 2009 revealed the following searches: “how to wreck a hard drive,” “how to dry a hard drive,” and “water damage to a notebook computer.”

Was Gricar planning to ruin the evidence on his laptop and disappear to avoid being targeted? Or did someone else kill him and sneak into his house to perform the searches in order to confuse investigators? Is Penn State involved at all?

It’s starting to seem as though we’ll never know the truth, making this one of the more perplexing mysteries in recent history. 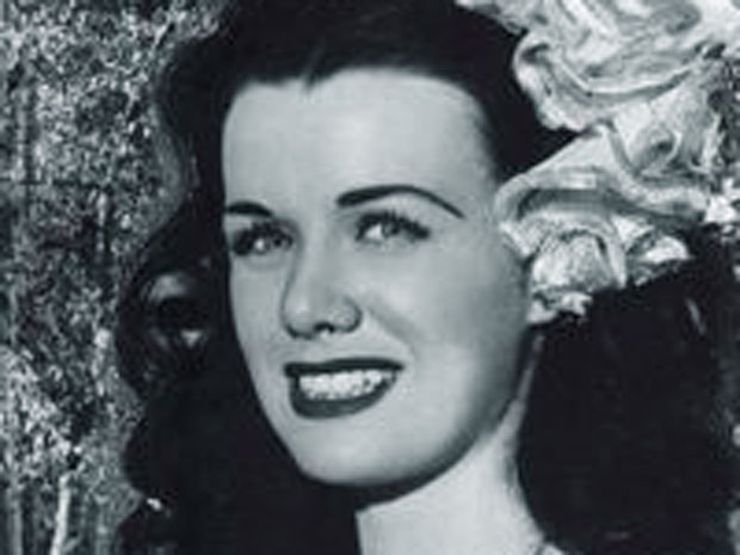 Jean Spangler was an actress during Hollywood’s Golden Age–one that had landed plenty of small parts and seemed primed for a starring role.

It was 1949 when Jean Spangler was supposed to meet her ex-husband to discuss child support, but she never showed up. And, according to her ex, (and the ensuing police investigation), she was never seen again. The only thing they ever found was her purse, with a strange note inside that read, “Kirk, Can’t wait any longer. Going to see Dr. Scott. It will work best this way while mother is away.”

She did know a Kirk … Douglas. They had worked together on a recent film, but Douglas went (somewhat suspiciously) out of his way to make sure to tell people he barely knew her. Another lead took investigators to an abortion doctor named Dr. Kirk, who had been recently threatening his former patients.

Every lead went nowhere, however, and Spangler was never found.

Related: Vanished in the Night: Who Murdered Candace Clothier

On March 26, 1967, former OSS (the CIA’s predecessor) agent Jim Thompson went for a hike in Thailand and never returned. He had moved there after his retirement and had made it big in fashion as he revived the silk industry. Since he was a military trained survivalist and commonly went on strenuous hikes, no one buys that he got lost or injured and was unable to find his way back home. In fact, it appears that he didn’t even plan on taking a long walk, given that he didn’t take any necessities (like his medication or cigarettes) with him that day.

Given his prominence, a huge search operation of trained trackers was deployed, making the idea that he simply fell or had a stroke extremely unlikely. If his body was in that jungle, dead or alive, they would have recovered it.

Theories abound about who might have kidnapped the man, running the gamut from people keen on making money off ransoming the rich expatriate to communists. With the global political climate at the time (the Tet Offensive was mere months away at that point), it’s also possible that Thompson had been recruited back into the spy game, and perhaps he paid the ultimate price.

It’s unlikely we’ll ever know for sure.

This story was first published on did you know?
Read More:
7 Weird Moments in Weed History from the Fact Snack Vault
This Is What Really Goes on at Area 51…and It’s Not What You Think
If a Nuclear Bomb Drops, This Piece of Science Might Save Your Life

Want more creepy disappearance stories? Sign up for The Lineup’s newsletter, and get the eeriest tales delivered straight to your inbox.