Could Your Child Be a Psychopath?

Have you ever wondered if someone you know could be a psychopath? What if that person lived under your roof? What if he or she was your own child?

It can be difficult to draw the line between childhood mischief and the troubled behavior of a budding psychopath. After all, psychopathy can’t be accurately diagnosed until the brain finishes developing in adulthood. But researchers have found strong correlation between certain childhood behavioral patterns and adult psychopathy. A child’s out-of-control behavior could actually be the beginnings of something much darker …

So what’s it like to live with a budding psychopath? That was the living reality—or perhaps the waking nightmare—for Rav’s parents, who watched in horror as their son took up increasingly violent pursuits.

In Murderous Minds, Dr. Dean Haycock addresses the question all parents are terrified to ask themselves: Is my child a psychopath? 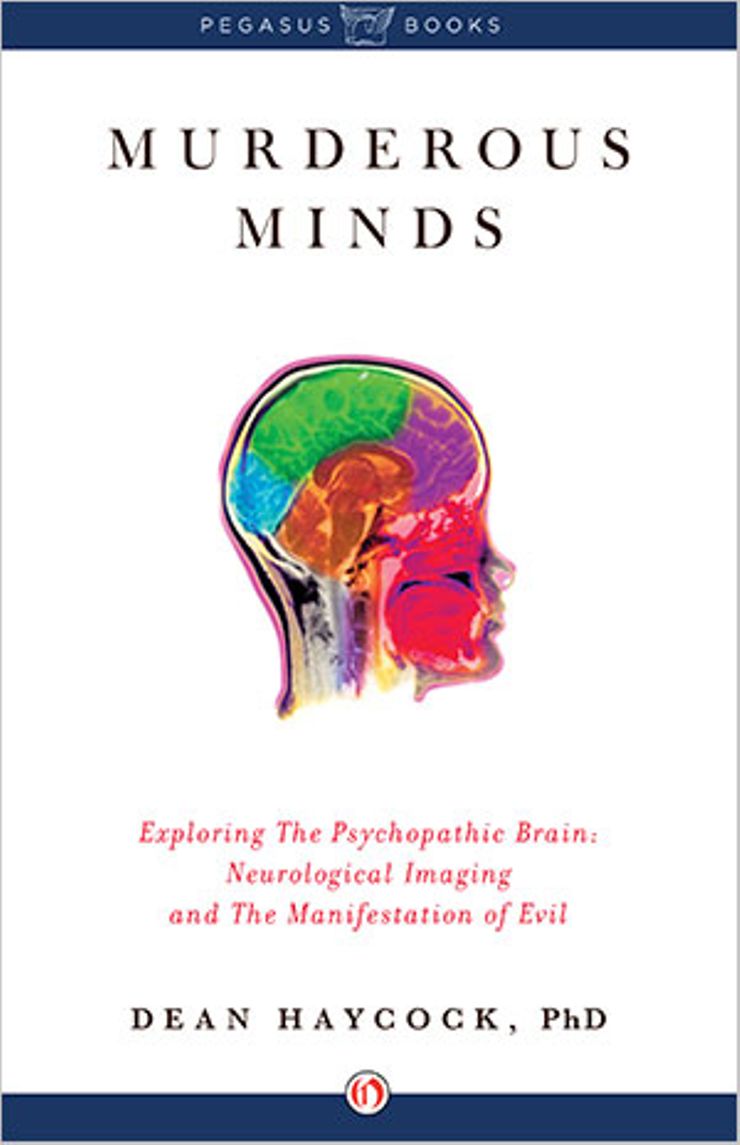 Rav’s parents knew that something serious was wrong with their son.

Based on his appearance, there was no way to tell what Rav was capable of doing, but we know he was capable of doing some very unsettling things, if we can trust the doctor his worried and exasperated parents took him to see. It is not surprising they sought the best help they could find for their eight-year-old boy; Rav’s mother and father were good people, “well-to-do,” according to the respected 19th century psychiatrist they consulted, Cesare Lombroso.

His parents had raised Rav in Romagna, the region in northern Italy where he was born.

He was well fed and appeared healthy with thick, close-cropped hair, protruding ears, and a blithely unconcerned, perhaps slightly bemused, expression. He slouched just a bit as he sat motionless in a wooden straightback chair, hands on knees, wearing a striped shirt and a dark jacket, waiting for the photographer to tell him he could move. We don’t know what he was feeling or thinking as he waited for the film to be exposed; but if he had a conscience, he would have had a lot to think about.

His expulsion from school for “the bad influence he exercised over his schoolfellows” was certainly troubling but hardly an indication of criminality by itself. And his spiteful behavior toward his younger brothers and sisters might be dismissed as typical behavior of one child toward his siblings—until you hear about his attempts on more than one occasion to strangle several of them. That crossed the line from “it’s just roughhousing” to “it’s scary.” It was also scary when the staggeringly underhanded nature of his antisocial behavior became clear.

He seemed to take pleasure in robbing nearly everyone he came into contact with and then trying to blame others for the thefts. He stole from his parents, his neighbors, and the people he did jobs for. He lied well enough to convince them for some time that others were guilty of his crimes.

At age eight, for instance, he repeatedly stole the milk set on his neighbors’ doorsteps before any of them could bring the daily deliveries indoors. He couldn’t drink all of it. He didn’t sell it or give it away. He threw it into the trash. He evidently just wanted to steal it and create mischief. Questioned about the thefts, he convinced his parents and his neighbors that a man who worked in the neighborhood, a janitor, was responsible for the thefts. The janitor was fired. Eventually, his victims discovered Rav’s deceitfulness, but not before Rav’s behavior produced more damage, anger, and hurt feelings.

Related: SPOT THE PSYCHOPATH: 5 BOOKS THAT EXAMINE THE MINDS OF KILLERS

At age nine, he falsely accused a pawnbroker of loaning him money for a cloak. This was bad news for the pawnbroker, because pawnbrokers were forbidden by law to loan money to a minor. The pawnbroker faced arrest and likely loss of his livelihood until Rav’s mother found the cloak stashed in the basement of their home.

A year later, Rav’s father became the target of the boy’s maliciousness and deceitfulness. Based on the boy’s accusations, his father was arrested for child abuse. The bruises on the child’s body looked convincing to the police until they learned that the boy was the source of the damage; the bruises were self-inflicted. 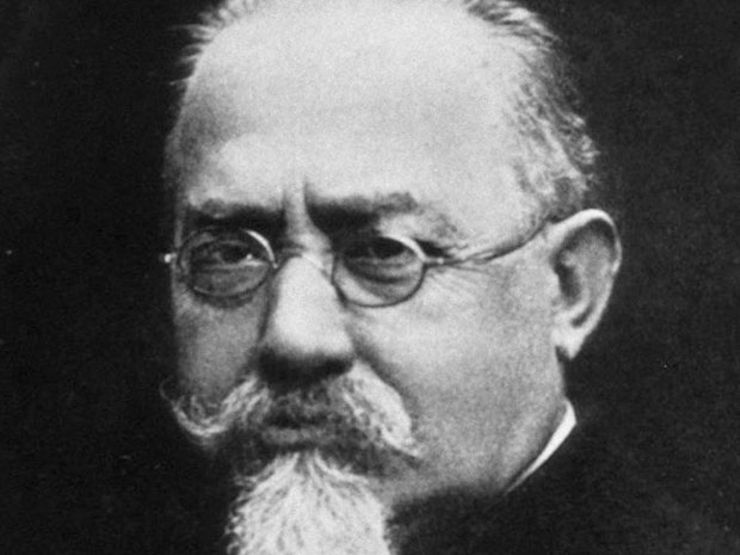 Lombroso’s records indicate that Rav’s family was law-abiding and honest. If we can believe them, their child was not raised among criminal role models; he didn’t grow up in an environment of abuse. Rav’s brothers and sisters did not impress their parents as abnormal. They did not display depravity like Rav and so did not inspire their parents to drag them to a renowned expert like Dr. Lombroso.

Today, Hollywood screenwriters might describe Rav as a “bad seed.” Like Eric Harris [the high school student responsible for the Columbine massacre], he came from a good home which provided no indication, hints, or clues that might account for his antisocial attitude and behavior. Like Eric’s family, Rav’s family were blameless for his behavior. It appears that Rav and Eric were exceptional, rare individuals who very likely were born with genetic traits that placed them on the most extreme end of the spectrum of antisocial behavior. Their robust predispositions to the disorder or personality type did not require the push of damaging environmental factors like child abuse, bad role models, or neglect to drive them from a very early age, developing what psychiatrists call conduct disorder with callous, unemotional traits.

Many children can misbehave in many ways and still grow up to be psychologically healthy adults. Sadly, this outcome is less likely for one group of troubled and troubling children in particular: those who lack a sense of guilt and a sense of empathy, and who demonstrate a callous disregard for, or use of, others for their own purposes. It sounds a lot like budding psychopathy. And in fact, kids with these features, which are known to child psychiatrists and researchers as callous-unemotional traits, have an increased risk of becoming adult psychopaths.

These children are a lot like Rav. They have temperaments that set them apart from their normally behaving and feeling siblings and peers. They seek thrills and may act without fear. Where other children who have trouble controlling their behavior may act violently in response to a disappointment or as a reaction to something that irritates them, callous-unemotional children engage in instrumental aggression, the cold-blooded kind that is very unnerving for adults to contemplate, let alone to witness.

The antisocial behavior of an impulsive, short-tempered child who does not obey, but who nevertheless can feel guilt and empathy, may be strongly influenced by his or her environment. Not so when there is a lack of guilt and empathy combined with a callous disregard for others. If one identical twin has callous-unemotional traits and shows antisocial behavior, the odds are excellent that the other twin will have these traits. Not surprisingly, callous-unemotional traits are highly heritable: twin studies suggest the figure is around 80 percent. And as with adult psychopathy, the genetic risk for developing callous-unemotional traits may be increased by exposure to stressful or unfavorable environments. 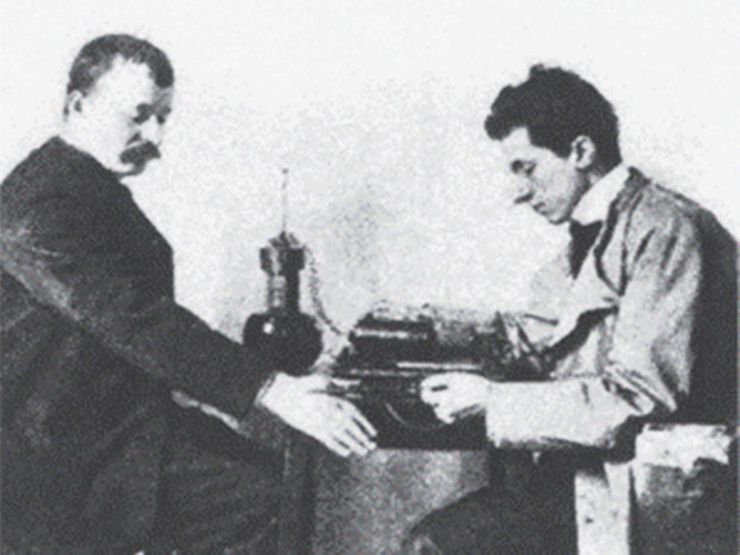 Testing a criminal’s pain sensitivity using an electrical device adapted by Cesare Lombroso in the second half of the 19th century.

The brains of children are actively changing and developing. We still don’t know as much as we would like about the normal development of the brain, although researchers have begun systematic studies to learn more about this important topic. We don’t know the full extent of variations in brain structure and function in the population as a whole. As challenging as it is to interpret the meaning and significance of brain scans of adults with psychopathy, it is even more challenging to draw firm conclusions from scans of children with callous-unemotional traits whose brains are growing and changing.

Despite this caution, can we learn anything useful by scanning young brains that might some day develop into the brains of old psychopaths? Some studies published so far suggest that we can. For example, a study by researchers at the National Institute of Mental Health compared brain scans of children with callous-unemotional features to those with attention deficit hyperactivity disorder and to children without behavior problems. Each group consisted of a dozen children between the ages of 10 and 17. The children were asked to look at and process information about fearful, angry, or neutral facial expressions. Activity in the amygdalae in all three groups looked pretty much the same when the children considered angry or neutral expressions. When the youths with callous-unemotional traits dealt with fearful expressions, however, their amygdalae showed reduced levels of activation compared to the other two groups. The association of callous and unemotional personality traits with reduced amygdala activation to fearful faces is not inconsistent with what we see in the brains of adult psychopaths, who appear to have deficiencies processing emotional information.

A year after that study was published, researchers at King’s College London confirmed the finding in 17 boys with callous-unemotional traits compared to 13 well-adjusted controls. The decreased activity in the amygdala suggested to the researchers that the neuronal basis of the emotional deficits seen in children with callous-unemotional traits “are already present in childhood.”

A second study published in 2009 by the same group in the United Kingdom presented a finding that seemed to highlight differences between childhood conduct disorder with callous and unemotional traits and adult psychopathy. A comparison of around two dozen boys with callous-unemotional conduct problems and a similar number of controls detected increased gray matter in some parts of the brain: the medial orbitofrontal cortex, the anterior cingulate, and the temporal lobes. Yet, as we’ve learned, adult psychopaths have been found to have cortical thinning in several regions, including portions of the temporal lobes, the insula, and the prefrontal cortex, among others. Why don’t children who give the impression they are developing psychopathy show the same pattern of cortical thinning? The answer probably lies in the way the brain develops. During childhood, unneeded gray matter is trimmed as the brain matures. Perhaps, as the authors suggest, youths with callous-unemotional traits experience delayed maturation of their cerebral cortices, if they ever do mature completely. If conduct disorder with callous-unemotional traits is a precursor to adult psychopathy, the flaw or flaws in brain development that affect key regions of cortex involved in empathy and morality somehow lead to less gray matter later in life.