Horror in Cornwall: The Legend of the Cornish Owlman

A monster, like a devil, flew up through the trees and disappeared behind the church.

“A very weird thing happened over the Easter weekend,” paranormal researcher Tony “Doc” Shiels said in a letter written in 1976. He went on to describe the first known appearance of the creature known as the Cornish Owlman, or the Owlman of Mawnan, named for the village in Cornwall near where it was observed.

According to Shiels, he had been approached by a man named Don Melling, who had been visiting the Cornwall area on vacation. Melling’s two young daughters, 12-year-old June and 9-year-old Vicky, had been walking through the woods near the church at Mawnan when they saw a strange creature hovering over the church tower. The sighting frightened them so much that the family decided to cut their vacation short. Shiels wrote that he was “sure the man wasn’t just making it up.” Melling wouldn’t allow Shiels to interview either of the girls, though he did give Shiels a sketch that June had made of the creature. 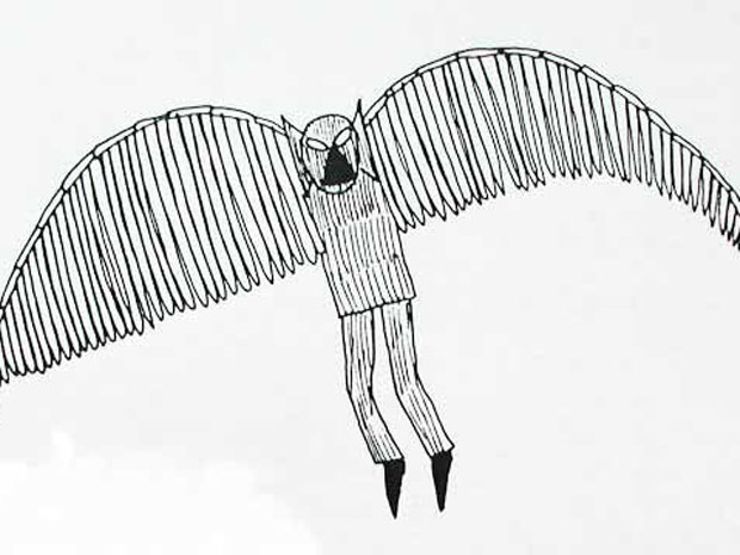 The story from Shiels’ letter was published in a pamphlet entitled, Morgawr: The Monster of Falmouth Bay, by Anthony Mawnan-Peller. It came out that same year. Two readers of the pamphlet were teenagers Sally Chapman and Barbara Perry. While camping in the woods near the church in Mawnan, the young girls reported hearing a hissing sound and seeing a creature outside their tent that looked like an owl but was as big as a man.

They contacted Shiels, to whom they described the creature. “It was like a big owl with pointed ears, as big as a man,” Chapman said. “The eyes were red and glowing. At first, I thought that it was someone dressed up, playing a joke, trying to scare us. I laughed at it, we both did, then it went up in the air and we both screamed. When it went up you could see its feet were like pincers.”

Shiels had both girls draw their own illustrations of the Owlman. He concluded that the images were similar enough to the one from June Melling to confirm the likely existence of the creature, but different enough to ensure the girls hadn’t collaborated with June. Both of the teens wrote additional notes underneath their drawings. Sally Chapman’s said, among other things, “I saw this monster bird last night.” 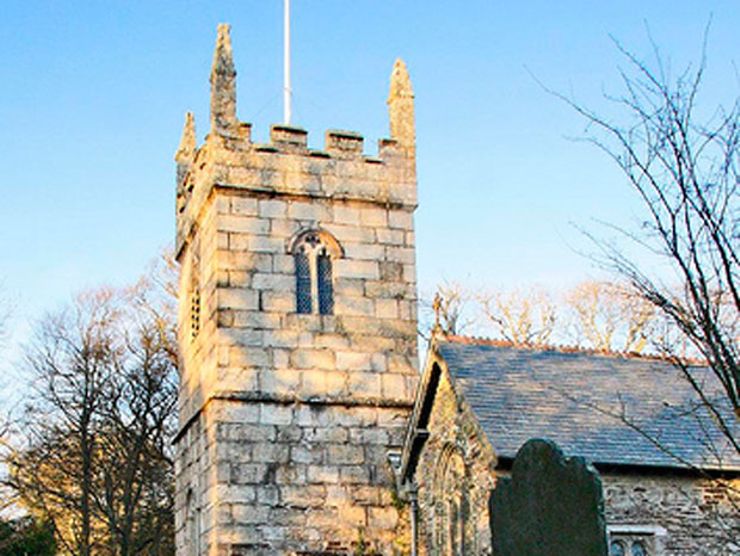 Two other girls also reported seeing the creature at about the same time, and gave similar descriptions. According to Jonathan Downes, author of The Owlman and Others, a young woman only identified as “Miss Opie” claimed to see, “A monster, like a devil, flying up through the trees near old Mawnan Church” in 1978.

Shiels closed his 1976 letter with the words, “I really don’t know what to think … it’s as if a whole load of weirdness has been let loose in the Falmouth area since last autumn!” According to Downes, the period between autumn of 1975 and spring of 1977 was, indeed, filled with a “whole load of weirdness” in Southern Cornwall. Droughts, floods, heat waves, mobs of feral cats, and flocks of birds beating themselves to death against the walls of a woman’s house were all reported by residents. There were even claims of teleporting cows. UFO sightings increased in the area, as did sightings of Morgawr, the Cornish sea serpent from whom the 1976 pamphlet drew its name.

Related: 7 Creepy Folklore Creatures from Around the World

Reports of the Cornish Owlman, however, weren’t just limited to this odd period of time. Downes claimed to have interviewed a young man who saw the Owlman with his girlfriend. He described it much as the girls had in earlier years, noting that “the eyes definitely glowed.” Then, in 1995, a woman from Chicago who was vacationing in Cornwall wrote to the Western Morning News reporting that she had seen a “man-bird … with a ghastly face, a wide mouth, glowing eyes, and pointed ears.” 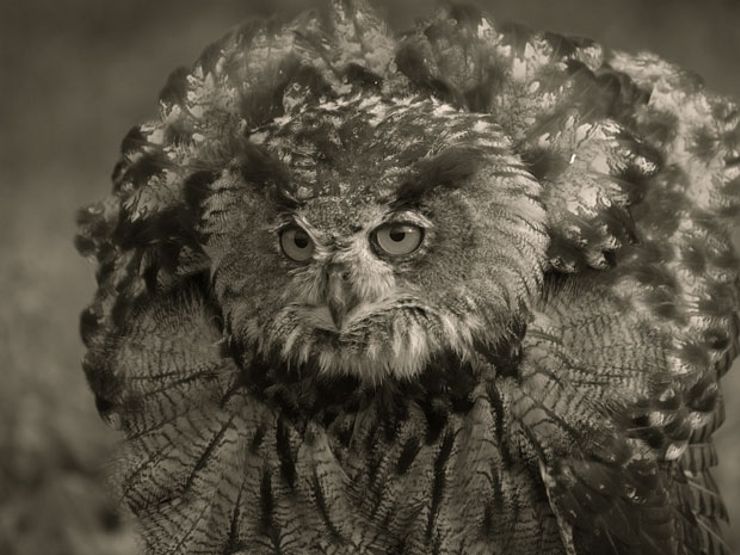 These later encounters are significant, as they are some of the only reports of the Owlman that aren’t linked in some way with Shiels. Some believe the whole thing was a hoax perpetrated by Shiels himself. A more mundane explanation is that the Owlman is just a particularly large eagle owl, which can grow to be more than two-feet-long, with a six-foot wingspan.

For students of cryptozoology, the Cornish Owlman remains an intriguing puzzle, similar to the West Virginia Mothman. As Downes himself writes, “We are left now with what devotees of TV game shows would no doubt call the $64,000 question. Does the Owlman exist? And if it does what is it?”

Special thanks to director Lawrie Brewster for use of the feature still from the film “Lord of Tears – The Owlman,” a horror mystery about the Owlman. Stream it on Amazon today.

Feature still from "Lord of Tears - The Owlman" via Hex Media