In 1962, Clairvius Narcisse had checked himself into the Albert Schweitzer Hospital in Desjardines, Haiti, complaining of fever and body aches. He was attended by two physicians—one of them from America, the other American-trained—who diagnosed Clairvius with hypotension, respiratory disorders, and pulmonary edema, among other maladies. As his condition worsened, Clairvius reported tingling sensations throughout his body, and his lips turned blue.

A few days after entering Albert Schweitzer Hospital, Clairvius Narcisse was pronounced dead. Angelina cried at his deathbed while Clairvius’ other sister Marie Claire certified the death certificate with her thumbprint. The next day, the family buried Clairvius in the ground.

Normally, that would be the end of the story. For Clairvius Narcisse, however, it was only the beginning. 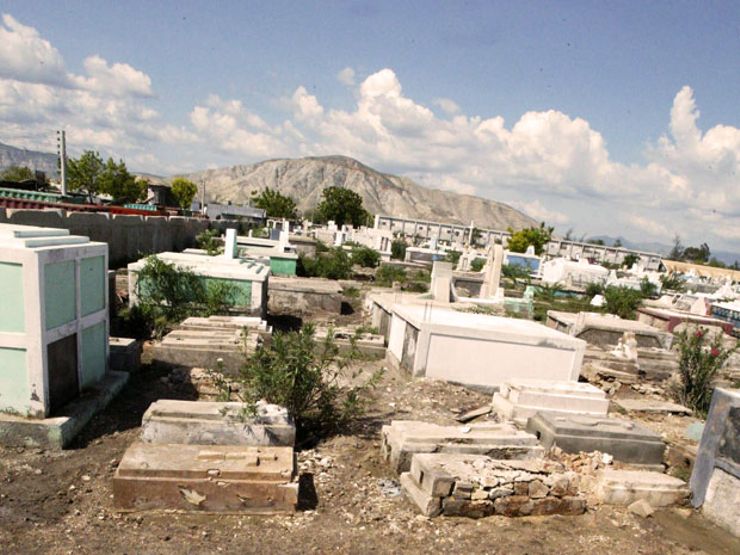 A cemetery in Gonaives, Haiti

Just what happened between Clairvius Narcisse’s mysterious sickness in 1962, and the day of his reappearance 18 years later? According to Narcisse’s own account, he remained aware of everything that happened at the hospital, though he could not move or speak. He heard the doctors pronounce him dead, felt the sheet being pulled up over his face, and—most chillingly—was awake as they sealed him in a casket and buried his body. Clairvius even had a scar he claimed came from a coffin nail that missed its mark and punctured his flesh.

Shortly after his family members left the cemetery, Clairvius Narcisse’s body was disinterred by a Bokor—a kind of Vodou sorcerer. The Bokor revived Clairvius from his catatonia then forced his shambling frame to a sugar plantation, where Clairvius worked as slave for two years. During this time Clairvius was fed a steady diet of potions that kept him in a functioning stupor, able to move around and follow orders, but unable to think or act independently. In short, Narcisse was a zombie.

After two years of slavery on the sugar plantation, the Bokor died and Narcisse was freed. Some accounts hold that the Bokor died of natural causes, while others claim that he was slain by one of his own zombie slaves. Sixteen years later, Narcisse returned to his family, finding his sister in L’Estere. 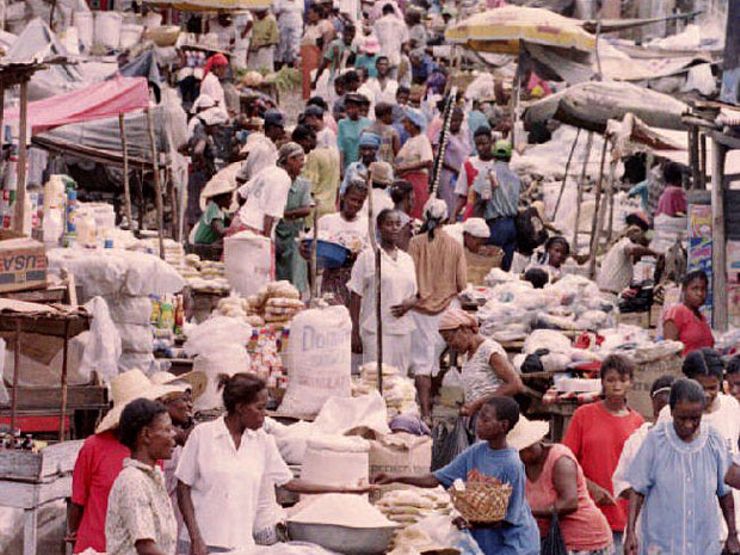 A crowded open-air market in Haiti

What kept him away for so long? The story goes that Narcisse’s own brother had sold him out to the Bokor, arranging for Clairvius to be poisoned and transformed into a zombie due to a land dispute. Narcisse remained in hiding until after his brother had passed on. While the veracity of this explanation is unknown, what we do know is that Narcisse’s surviving members confirmed his identity—Clairvius used a nickname from his childhood when he found Angelina, one that only he would know. In addition, researchers from the Centre de Psychologie et Neurologie Mars-Kline in Port-au-Prince confirmed that the man who appeared at the open-air market in L’Estere was indeed the same individual who had been buried 18 years ago.

Narcisse is by no means the first person in Haiti to claim to have had such a hair-raising experience. Belief in zombies is widespread on the island. Tales of Haitian zombies and Bokors stretched beyond Haiti’s borders to inspire classic American horror movies like White Zombie and I Walked with a Zombie. By the time Narcisse’s case emerged, Americans were more likely to associate the word “zombie” with the flesh-eating ghouls of George Romero’s Night of the Living Dead. 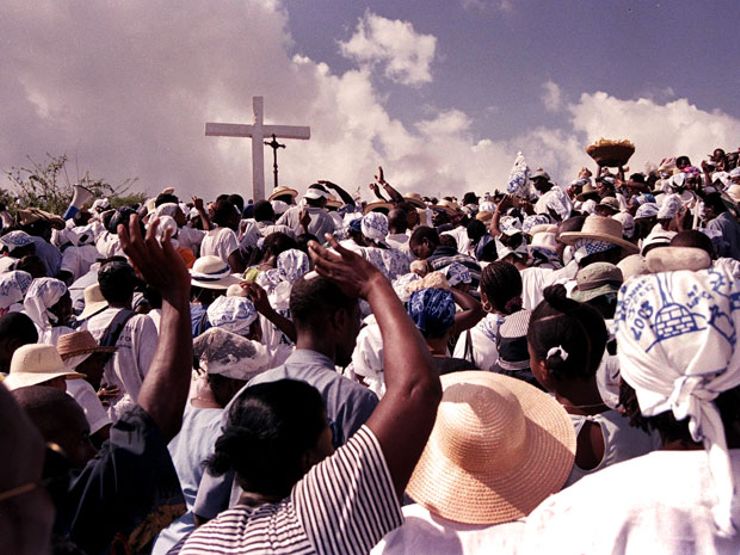 Pilgrims gather in a cemetery in Ganthier, Haiti

Part of what sets Narcisse’s tale apart from other accounts is that it attracted the attention of Wade Davis, a graduate student in anthropology and ethnobotany at Harvard University, who came to Haiti to investigate the tale, and ultimately wrote two books about his experiences. The first, The Serpent and the Rainbow, became a bestseller, and is probably familiar to many horror fans as it inspired the 1988 Wes Craven film of the same name.

Related: MEMENTO MORI: REMEMBERING THE DEAD AMONG US

Davis made waves by acquiring a sample of “zombie powder”—the mixture that Bokors used to turn people into zombies—for analysis. He put forth the hypothesis that zombies like Narcisse had been given this powder, made of a variety of ingredients that included human bones and toxins from toads, plants, and puffer fish, as a way to simulate death. The victim would slip into a death-like state, was pronounced dead by doctors and buried by family members. Soon thereafter, the victim would be dug up by Bokors and given an antidote containing datura, or “zombie cucumber.” The constant injection of drugs kept these targets in a pharmacologically-induced trance for days, months, or even years. 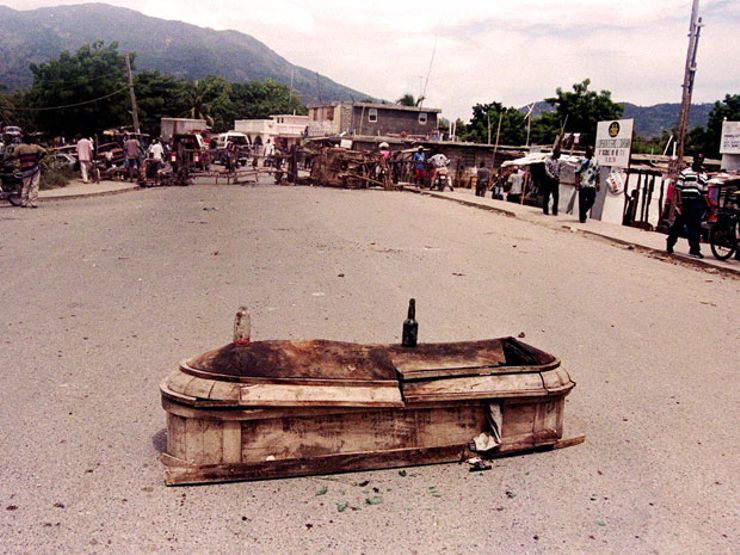 A coffin in a Haitian street

The hypothesis continues to provoke controversy, with claims that Davis acted unethically in acquiring the powder. What’s more, no one has been able to duplicate Davis’ findings. Nevertheless, for many, Davis’ explanation of Haiti’s zombie phenomenon remains the best answer to the question of what happened to people like Clairvius Narcisse.

As for Narcisse himself, he lived 14 more years after his dramatic reappearance in the marketplace in L’Estere. Newspaper clippings show him sitting on his own grave, pointing at his name on the stone. Zombie or no, very few of us ever get the chance to do that…

[via Daily Mail; Amazing and Weird]