The Mysterious Moving Coffins of the Chase Family Vault

The deaths of the Chase family were anything but restful.

Barbados may be known as a popular tourist destination, but local culture and history involve more than just white sand beaches and fruity mixed drinks. In the center of the island is Christ Parish Church, whose graveyard—like many graveyards—has a few ghost stories. One particular tale involves a family’s tragic saga, and a legacy of postmortem unrest.

In 1808, the Chase family purchased the vault for the burial of their child, an infant by the name of Mary-Anne Maria (some claim her name was Ann Marie, or Mary Ann Marie). The tomb had been built in 1724, and already held the body of a Ms. Thomasina Goddard, buried in 1807. Colonel Thomas Chase, patriarch of the family, decided against disturbing the deceased by moving her coffin out of his new family vault.

Four years after they buried their baby, the Chases had to bury another child: their daughter Dorcas. The circumstances surrounding her death were more than slightly unusual; the young girl starved herself to death, apparently as an act of rebellion against her father, Thomas, who was supposedly abusing her. The girl’s body was buried beside her infant sister’s, each small body held in lead caskets.

Related: The Fire Mummies and Hanging Coffins of the Philippines

Just one month after burying Dorcas, Thomas Chase himself died; strangely, his death was also a suicide. The family prepared Thomas’ body and opened the Chase vault, but what they claimed to find inside was shocking. Where there had previously been three coffins lined neatly in a row, the tomb was now a scattered mess, with each casket upended and in a different place. The coffins themselves seemed to have been moved.

The Chase family was shocked, but they chalked up the scene to grave robbers. The coffins were once again arranged neatly, and Thomas’ casket—made of lead just as his daughters’ had been, and weighing nearly 240 pounds—was added. The massive marble stone was rolled back into place, taking several men to do so, and the entrance was sealed. 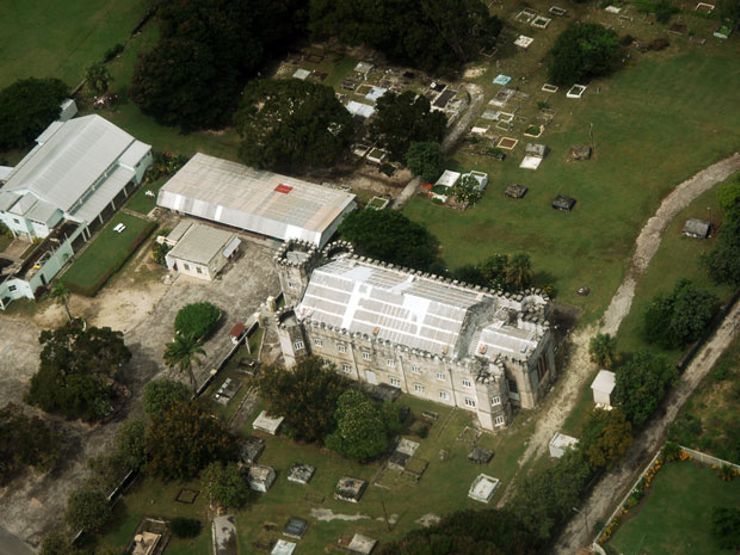 The next death in the family was Charles Brewster Ames, in 1816. Again, the 11-year-old’s body was prepared for burial and the Chase vault was opened. The invasion of 1812 seemed to have happened again. All four coffins—including Thomas’ tremendously heavy one—were displaced, as if they had been tossed like toys. And yet, the entrance had not be tampered with.

Once again, the coffins were returned to their original place, and the tomb was resealed.

It was around this time that the public began to take interest in the stories that were being told of the moving coffins. Twice more—in 1816 and in 1819—the tomb was reopened to add the coffin of a family member and, both times, the vault was said to have been rearranged from within. It seemed that the dead really were not at rest. Secondary stories, of hearing shrieks from within the tomb, or of horses being spooked while passing it, also became more and more prevalent.

The governor of Barbados himself even took interest in the case. He ordered an inspection of the Chase vault—inside and out—and, after being satisfied that it was secure, had a fine dust sprinkled on the floor and his own signet ring stamped into the seal on the door. Eight months later he returned. Externally, everything was in order and the seal was intact. Curiosity called for the door to be opened, at which point onlookers saw to their horror that the coffins, once again, had been thrown about the inside chamber. This time, the movement seemed to be quite violent, with Mary-Anne’s coffin thrown so forcefully into a wall that the corner of her casket had broken off.

This was the last time that the vault was reopened. Each coffin was individually buried, hoping to restore some peace to the individuals whose bodies were inside. The tomb itself remains empty, and open, with nothing but stories passing through.

Although the story has circulated for over 200 years, researchers call it “historically dubious.” No burial records or newspaper articles exist to confirm the tale as it allegedly happened, and certain details of the event echo a Freemason allegory of secret vaults and restless coffins. However, there was a Chase family living in Barbados at the time, and others who swear by the facts of the tale. Whether or not it can be known for certain, it seems telling that the tomb has remained open, that the Chase family bodies have remained separated—specifically, those of Dorcas and her father Thomas—and no mysterious movement has since happened.