It’s all about this cast of quirky cops and their one-liners.

It doesn’t take the sharpest mind to deduce that a precinct full of quirky cops solving crimes in one of the country’s biggest cities would make a killer sitcom. And in fact, Brooklyn Nine-Nine delivers so many genius story lines that the show’s first season already picked up two awards (Golden Globes) and a (Emmy) nom for being the best show on TV (we’re paraphrasing). But if those aren’t reasons enough to give this comedic newbie a chance, maybe the cast themselves – and their hilarious one-liners – can convince you.

The Low Down: The office’s star detective who can’t help shooting off his mouth about everything all the time. He tries to impress the captain every chance he gets – with little success. 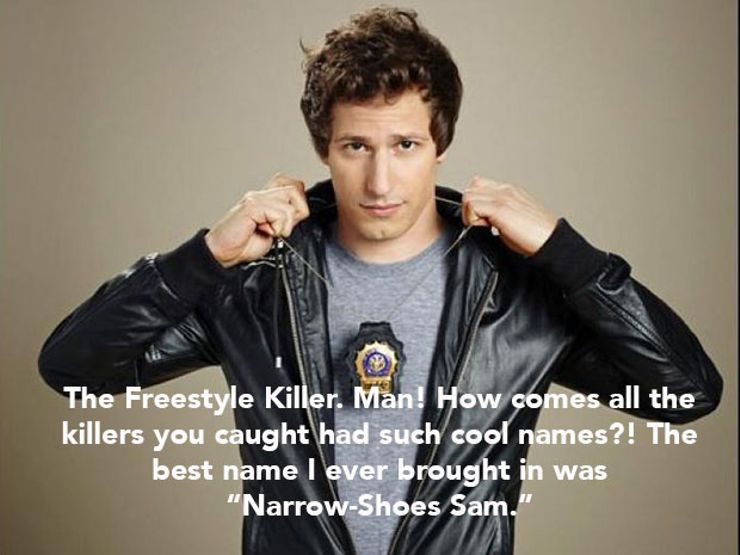 The Low Down: He can keep a straight face under any circumstance, but he can’t resist playing a game (or 50) of Kwazy Cupcakes (the show’s Candy Crush Saga knock-off). 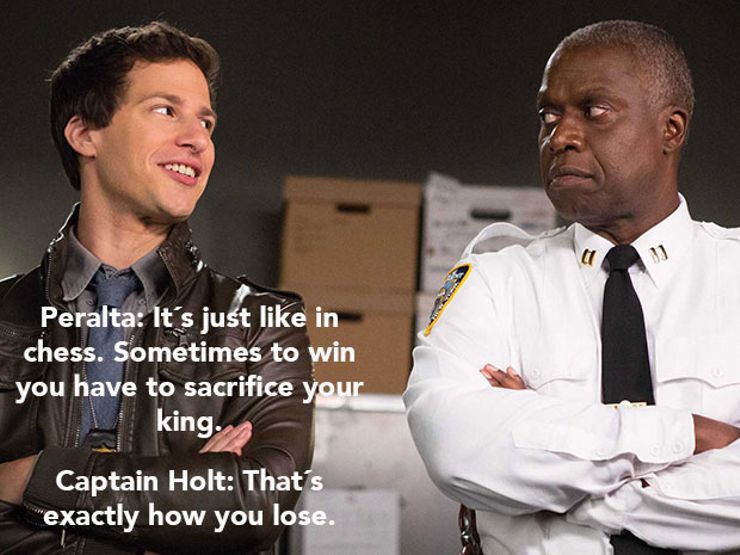 The Low Down: Captain Holt’s wise-cracking assistant who doesn’t know anything about law enforcement (and doesn’t want to). She has a lot of self-confidence and let’s everyone know it. 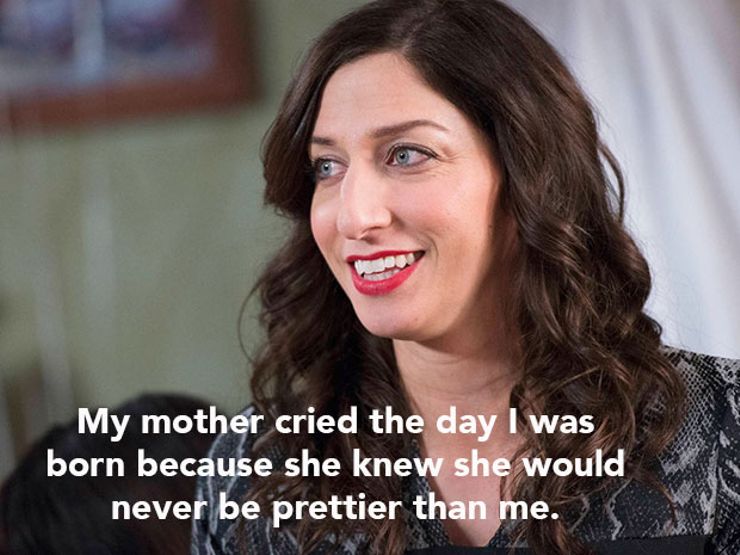 The Low Down: Second in command to Captain Holt and made of pure muscle. But he’s also got a soft spot for his twin baby daughters and a fear of shooting guns he has to overcome. 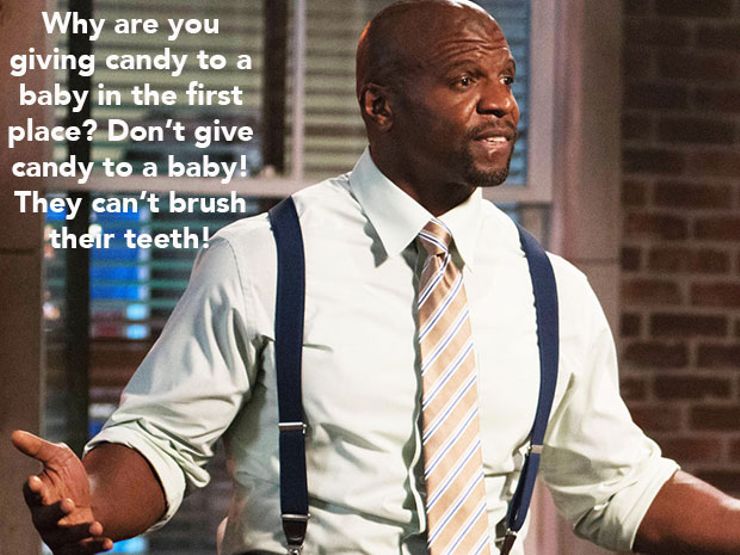 The Low Down: Jake’s BFF and a generally loveable goofball. He holds a long-time torch for Rosa, the toughest chic in the office. 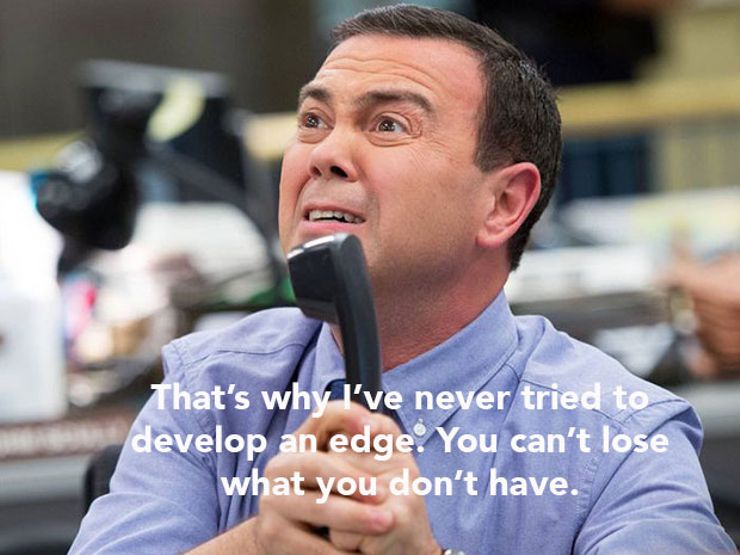 The Low Down: We would say she’s a hard-ass with a heart of gold, but we’re still not convinced about the heart of gold part. Just don’t get on her bad side. Period. 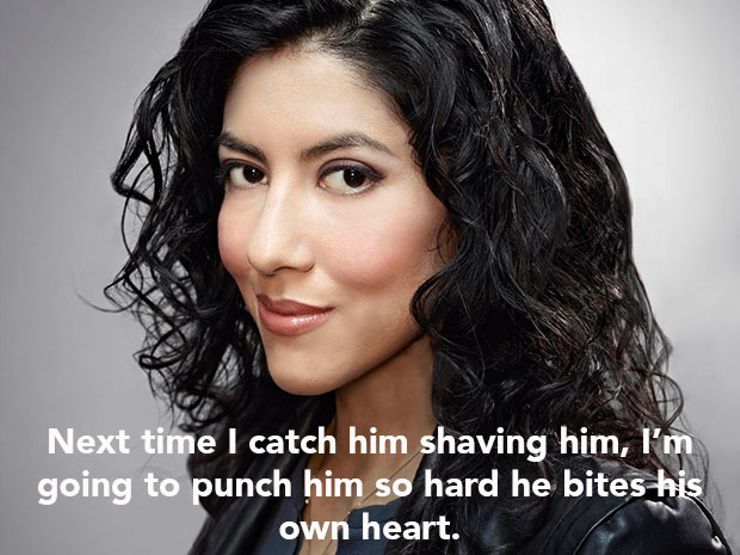 The Low Down: The token straight-laced character, who’s also Jake’s love interest. She’s not as funny as Gina – or as angry as Rosa – but she exudes a certain anal-retentive charm. 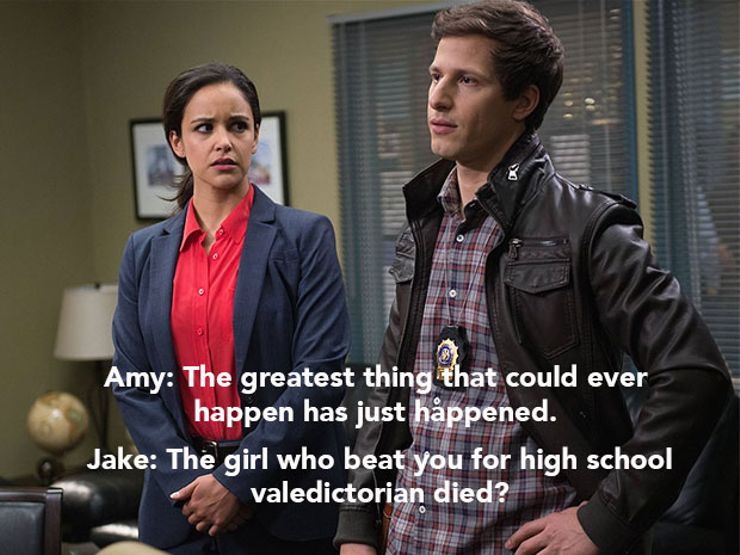 The Low Down: These two paper pushers sit in the office all day and make cracks from the peanut gallery. We know very little about their personal lives (other than Scully’s disgusting medical issues), but they’ve been bumped up to regulars, so we’re sure to learn more about them this season. 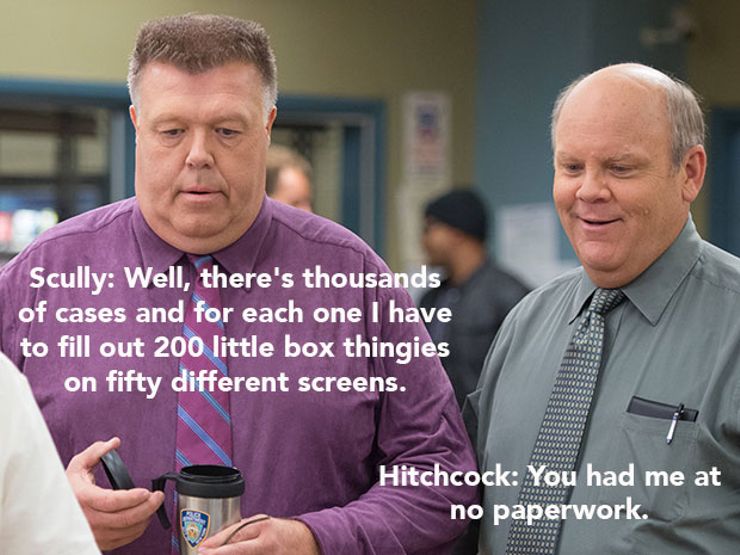