On a quiet summer night in 1929, a mystic healer and his family were slaughtered in their home by a mysterious axe-wielding killer. 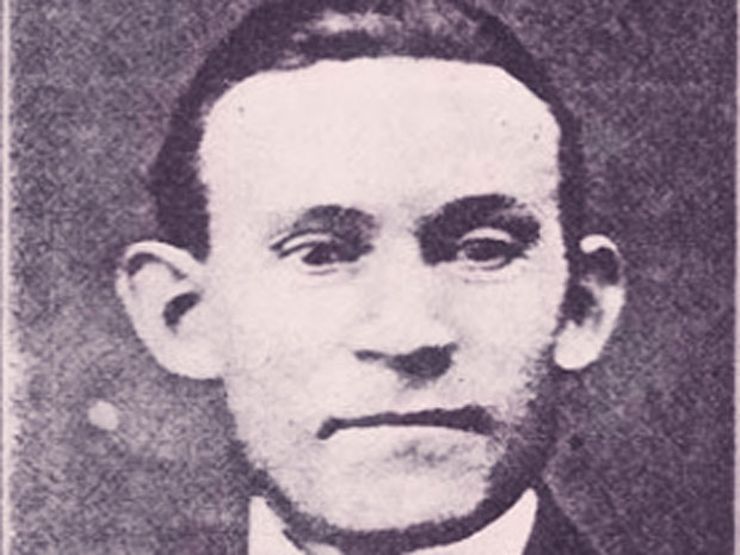 On the quiet summer evening of July 3, 1929, Benny Evangelist and his family were brutally murdered in their residential Detroit home on St. Aubin Street, mutilated by an axe-wielding killer. His wife and four children were butchered while sleeping in their beds, while Benny himself was killed—and nearly decapitated—in his study. Evangelist was known as a carpenter, faith healer and, most intriguingly, a cult leader and author of a self-published religious text, The Oldest History of the World: Discovered by Occult Science. The list of murder suspects ranged from aggrieved cult followers to disgruntled clients of his mystical healing programs to a deranged stranger roaming the streets of Detroit, simply looking to kill.

19 year-old immigrant Benjamin Evangelista changed his name to Benny Evangelist upon his arrival to the United States in 1904. Two years later, Evangelist began receiving visions from God. It was then that he initiated a four-volume book project he called “The Oldest History of the World”, declaring himself a divine prophet, spiritual leader, and mystical healer.

Evangelist constructed a bizarre apparatus in his basement that included nearly a dozen small wax figures depicting various “celestial planets,” as well as a huge “eye” that was electrically lit up from the inside. The apparatus served as an alter for Evangelist’s sermons, and featured prominently in his healing rituals. The leader charged up $10 for each “healing,” which earned him quite a large sum of money—and perhaps more than a few enemies. 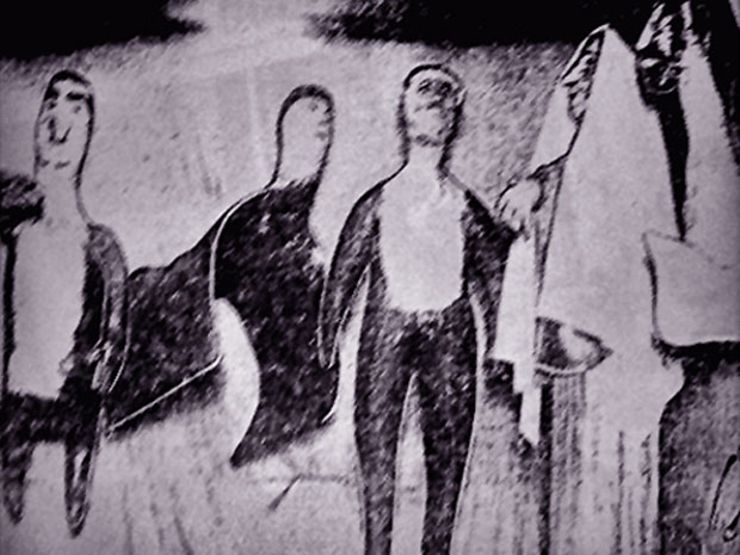 Along with his religious unorthodoxy, Evangelist was also a carpenter. While not as sensational as the cult connections, Evangelist’s day job may provide the best clue as to what happened to his family that dark evening in July. The night before the murders, Evangelist made a call to the watchman of a house that was being torn down. He indicated that he had purchased all salvageable lumber from the wrecking company, and had arranged for the wood to be picked up and delivered to his home the following day. Evangelist said that he would meet the truck there the next morning to pay the deliverymen. However, nobody showed up.

It’s obvious why Evangelist was a no-show—he and his entire family had been slaughtered. By how did the crew know not to arrive? Evangelist planned to have the sum of cash on hand, yet none was found in the house after the murders. Authorities saw money as the prime motive for the murders, and moved in to find the missing crew. Frustratingly, the name of the delivery company was never recorded, and no suspects could be added to the list.

The Evangelist family (via The Chiseler)

Over the years, multiple theories have surfaced that attempt to explain the Benny Evangelist murder mystery. Some believe an angry client of Evangelist’s, milked of his money by the healer’s rituals, carried out the killings. Others suspect a disgruntled cult member did the deed, or members of a rival congregation anxious to silence Evangelist’s heretical teachings. Others still believe the deadly act was the work of a random killer. Perhaps a violent man passed through the area, and had heard about a spiritual leader named Evangelist with several hundred dollars in cash on hand.

Despite the speculation, the case remains unsolved. After nearly ninety years, no one knows who entered the Evangelist home in 1929, making the multiple murders one of the oldest and most brutal cold cases in Detroit history.