The Axeman of New Orleans Murders

An axe-wielding maniac stalked the streets of the Big Easy, and the only way to avoid slaughter was to play jazz.

Music poured out of private residences, where wealthy white New Orleanians hired bands to play music popularized in a mixed race Red Light District. Nightclubs and bars were packed to the point of overflow. In a city known for its lively atmosphere, this may have been one of the most gig-heavy nights in history.

Yet the musicians weren’t playing for love or money. These concerts were borne of fear, ordered by an axe-wielding maniac who claimed to come straight from Hell.

RELATED: THE BLOOD-SOAKED LEGEND OF THE GARDETTE-LEPRETE MANSION

For almost a year, the city of New Orleans had been the subject of multiple attacks by a serial killer, an axe murderer who to this day has never been identified. The mysterious figure is known to history as the Axeman of New Orleans. And while it’s impossible to verify whether he’s responsible for all of the murders ascribed to him, it is a fact that from May of 1918 until October of 1919, 12 people were attacked across greater New Orleans—seven of whom died from their brutal wounds. 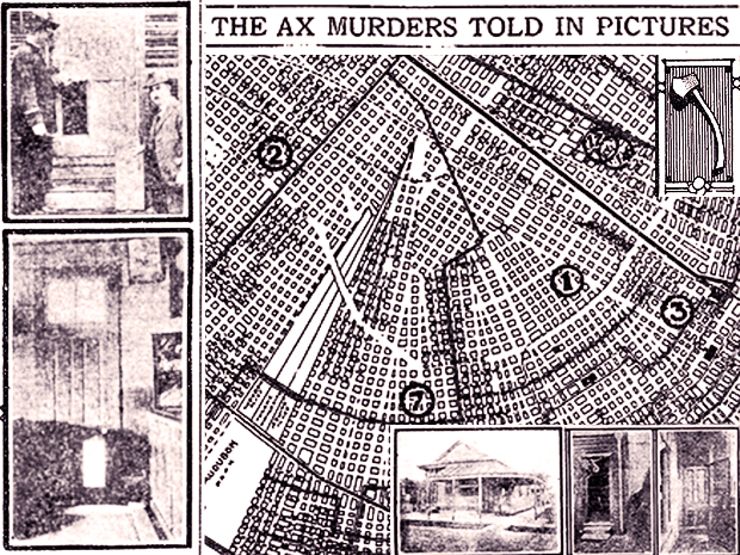 In almost every case, a small hole was carved out of a door. The Axeman would crawl through this opening—so small that several suspects were dismissed on account of their size—and then bludgeon his victims with an axe. Curiously, the weapon employed was often in the house, and left at the scene of the crime along with the chisel used for breaking through the door.

The victims of the Axeman had qualities in common. They were mainly women; men only suffered blows if they got in the Axeman’s way and never seemed to be the primary target. Many of the victims were Italian Americans, who at the time represented the Big Easy’s white underclass.

RELATED: 9 SERIAL KILLERS AND THE SPECIFIC WAY THEY SELECTED THEIR VICTIMS

Citizens of Italian descent were no strangers to violence in New Orleans. In a city troubled by its tense race relations, the largest mass lynching in civic history was of 11 Italian Americans outside Parish Prison in 1891. Italians and their descendants lived in crowded slums that lacked the law enforcement presence of other neighborhoods. Many assumed Italian neighborhoods were run by mafia-esque organizations like the Black Hand, a stereotype grounded in some fact, but also inflated by prejudice and sensationalism. The recent end of World War I added fuel to nativist fires.

Into this volatile mix stepped the Axeman. His first officially recognized murder was on May 22, 1918. On that late spring day, he used his chisel to remove part of a door and slip into the home of Joseph and Catherine Maggio. When Joseph’s brothers Jake and Andrew, who also lived in the home, went to check on the couple, they found Catherine’s corpse draped over Joseph, whose head and face were gashed. 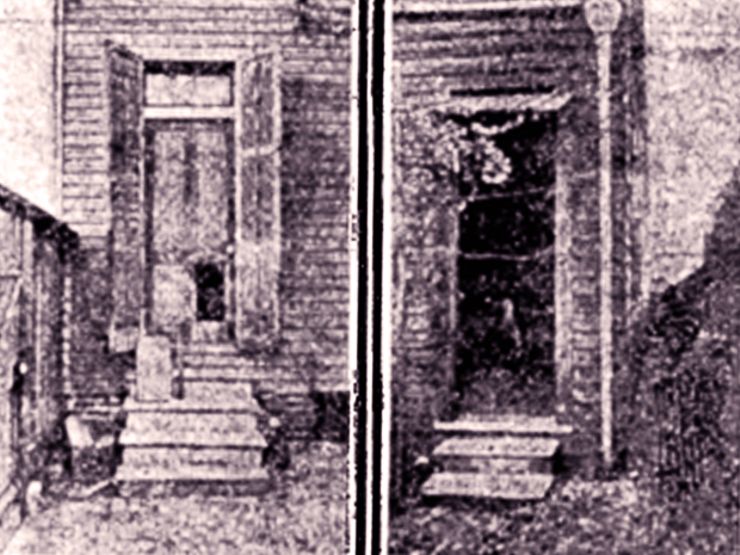 Joseph reacted to the appearance of his brothers, but died from his wounds shortly thereafter. Catherine’s head, meanwhile, had almost detached from her body. Her killer had used Andrew’s straight razor to slit her throat so deeply that she had been practically decapitated.

Andrew Maggio was arrested for the attack but released after an investigation turned up no further evidence linking him the crime. What police did find, about a block from the Maggio house, was a message scrawled in chalk, seemingly by a child, which read, “Mrs. Maggio will sit up tonight just like Mrs. Toney”.

Over the long hot summer that followed, two more attacks yielded four more victims, two of whom died from their wounds. One victim who survived, a Polish immigrant named Louis Besumer, was, like the Maggios, a grocer. This led to speculation that the attacker was a gangster bent on extortion. But if he was affiliated with organized crime, he seemed strangely nonchalant about money; the Axeman’s victims rarely had their values taken. 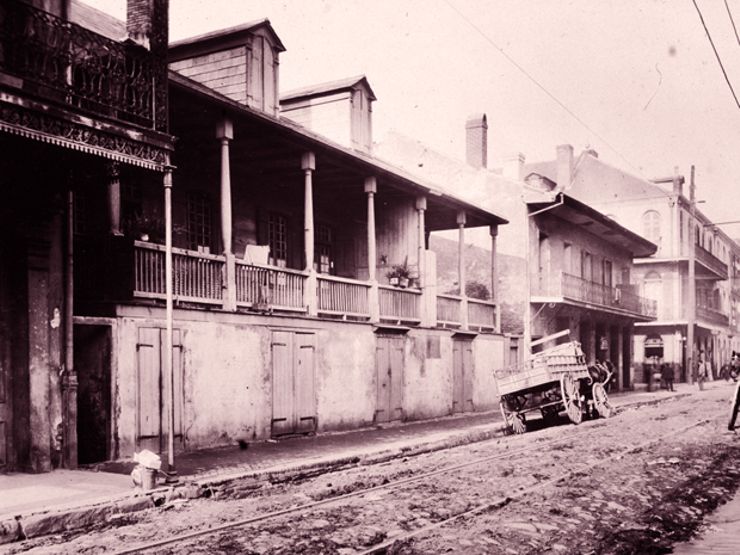 A strange lull then settled over New Orleans as the summer dragged on. From August 10, 1918, until late winter of 1919, no attacks were reported. Then, on March 10, 1919, in the suburb of Gretna just across the river from New Orleans proper, tragedy struck. The Cortimiglia family—Charles, Rosie and two-year old Mary—were attacked in their home after an invader carved out part of their kitchen door. Rosie, found cradling her dead daughter in her arms, was the only survivor.

Fear tightened its grip on New Orleans once again. Three days after the Cortimiglia attack, an ominous letter arrived at local newspapers. The author demanded its publication. The address line, in an eerie echo of Jack the Ripper’s correspondence, was from Hell.

They have never caught me and they never will. They have never seen me, for I am invisible, even as the ether that surrounds your earth. I am not a human being, but a spirit and a demon from the hottest hell. I am what you Orleanians and your foolish police call the Axeman…

The writer went on to threaten additional murders, claiming he’d leave no clue except for his bloody axe, smeared with the gore of his victims. Then, he offered the terrified citizen of New Orleans a proposition.

Now, to be exact, at 12:15 (earthly time) on next Tuesday night, I am going to pass over New Orleans. In my infinite mercy, I am going to make a little proposition to you people. Here it is:

I am very fond of jazz music, and I swear by all the devils in the nether regions that every person shall be spared in whose home a jazz band is in full swing at the time I have just mentioned. If everyone has a jazz band going, well, then, so much the better for you people. One thing is certain and that is that some of your people who do not jazz it on Tuesday night (if there be any) will get the axe.

It’s impossible to know whether the Axeman truly wrote this letter. Nevertheless, New Orleanians took the demand to heart. On March 19, the city resounded with jazz. No attack came that evening. 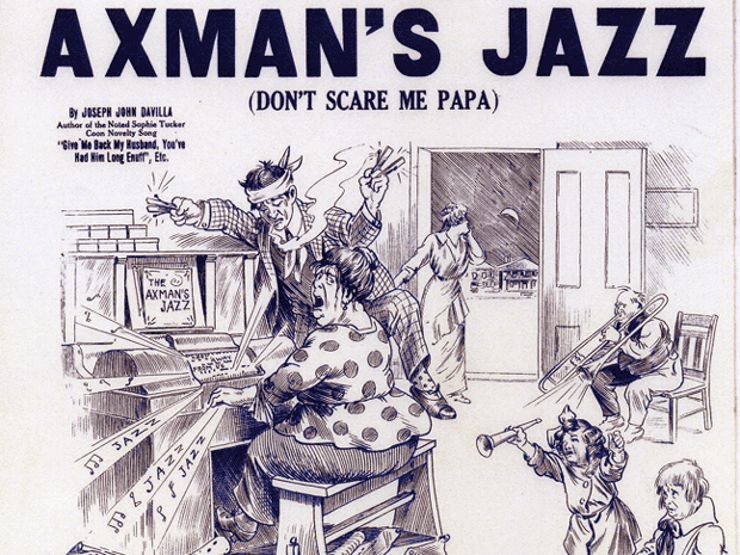 But the bloodletting wasn’t over quite yet. Three more victims, including one fatality, followed in August, September, and October of 1919. After October, the Axeman murders ceased, though there’s speculation that the killer may have struck earlier in the decade, around 1911 or 1912.

The Axeman murders remain a mystery. The grisly details of the case echo through the years, like the swinging jazz that played on that terrifying night in New Orleans.