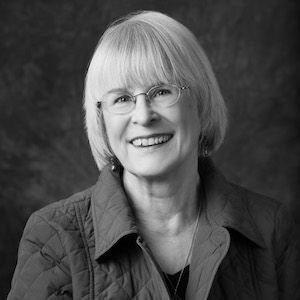 Katherine Kurtz was born in Coral Gables, Florida, during a hurricane. She received a four-year science scholarship to the University of Miami and graduated with a bachelor of science degree in chemistry. Medical school followed, but after a year she decided she would rather write about medicine than practice it. A vivid dream inspired Kurtz’s Deryni novels, and she sold the first three books in the series on her first submission attempt. She soon defined and established her own sub-genre of “historical fantasy” set in close parallels to our own medieval period featuring “magic” that much resembles extrasensory perception. While working on the Deryni series, Kurtz further utilized her historical training to develop another sub-genre she calls “crypto-history,” in which the “history behind the history” intertwines with the “official” histories of such diverse periods as the Battle of Britain (Lammas Night), the American War for Independence (Two Crowns for America), contemporary Scotland (The Adept Series, with coauthor Deborah Turner Harris), and the Knights Templar (also with Harris). In 1983, Kurtz married the dashing Scott MacMillan; they have a son, Cameron. Until 2007, they made their home in Ireland, in Holybrooke Hall, a mildly haunted gothic revival house, They have recently returned to the United States and taken up residence in a historic house in Virginia, with their five Irish cats and one silly dog. (The ghosts of Holybrooke appear to have remained behind.)

The Haunting of Ireland's Holybrooke Hall

Soon after moving into their stately gothic home, Katherine Kurtz and her husband sensed they were not alone.