An Encounter with Ireland’s Angel of Death

In this legend-based horror novel, an NYC-based psychiatrist locks eyes with a red-haired beauty, not realizing he might have just sealed his fate.

Those familiar with Irish folklore have heard of the Banshee, the mysterious Irish Angel of Death.

Often she is depicted as a young, hapless woman – sometimes as a haggard, older lady. Some say she takes pleasure in killing, often taking vengeance on those who have lived a life of sin.

Others say she’s a familial ghost, forewarning families of imminent death. But in either case, if you hear the Banshee’s mournful call, one thing is certain: The end is near.

When New York City psychiatrist Jukes Wahler first saw the Banshee, he thought he was looking at a beautiful, red-haired woman who only had eyes for him. But after a new patient comes in with a story about being stalked by an ethereal redhead, Wahler starts to realize his fate may already be sealed.

Keep reading about Wahler’s encounter with the Angel of Death in the horror novel Shade of Pale by Greg Kihn. THEN DOWNLOAD THE BOOK ON Amazon, Barnes & Noble, AND iTunes. 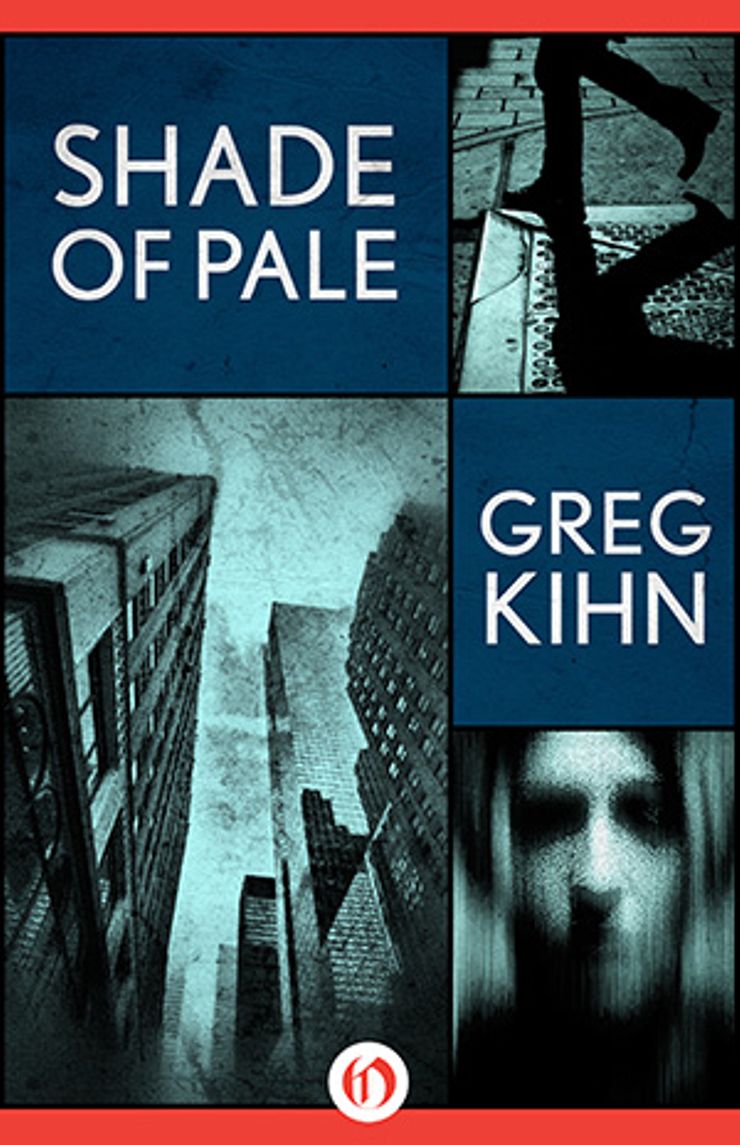 Jukes Wahler was not what anyone would call a “ladies’ man,” but he couldn’t help but fantasize about her. Maybe he could catch up to her, ask her … anything.

No. Wouldn’t be right. Forget about it.

He took off his glasses and wiped them with a tissue, glancing around the room. Nobody had given him a second look, and amazingly, it appeared that no one else had noticed her.

Jukes’s long, plain features were not unattractive, but he seldom drew an admiring glance from the women he met. He replaced his glasses and looked into the mirror behind the counter. Looking back at him was a bookish middle-aged man, not altogether homely, but certainly not the type to be checking out redheads at lunch.

Yet this particular woman affected him. Something about her seemed disturbing; haunting, he would have said. Yes, haunting, that was the precise word to describe her.

Her beauty had something tragic about it, something brooding and melancholy. It was an inaccessible beauty, like a distant mountaintop viewed from below.

She must be flawed, he thought. All extremely beautiful women are flawed.

She also looked vaguely familiar. Maybe he’d seen her in a photo or on TV, but no, he would have remembered. He had the oddest sensation, and he scrambled now to define it.

When she made eye contact with him, something passed between them, some dark sentiment. It was far from a casual glance. Jukes’s gut instinct told him it was purposeful, that she had pulled his face out of the crowd for a reason. Chosen him, as it were.

Jukes recalled the involuntary shiver. Now that she was gone, he wanted to close his eyes and visualize her again, to examine the mental photograph he’d taken.

“Here, Doc, a little something for the office.”

Hyman Pressman, a longtime waiter at Dilman’s Deli, handed him a white bag.

“It’s some nice fresh cheesecake, the best in town,” the waiter answered. “Harry just made it.”

Jukes looked inside the bag and smiled.

“Hyman, you shouldn’t. I can’t accept this.”

Hyman raised his hand. “How long have I been here?”

Jukes scratched his graying temple. “I don’t know; a long time, I guess.”

“Twenty years I’ve been here, OK? So, if I want to give away a piece of cheesecake, it’s my prerogative. I see you walk in here every day, alone, eat your lunch, and pay. Never a complaint, never a problem. I wish all my customers were like that. You’re a pleasure to wait on, Doc; I mean that. Besides, you’ve been overtipping me for years and I’m starting to feel guilty about it. Take the cheesecake.”

Jukes looked at his watch. He realized he had to hurry now or be late for his one o’clock appointment.

He thanked Hyman and slid out the door, walking in the same direction the girl had gone.

The urge to look for her was irresistible, and he vainly scanned the block ahead for her hair. It would have been hard to miss. He felt light-headed as he stepped along the avenue, searching for her face in the shifting crowd. He stumbled.

Again her image in his mind’s eye.

As a psychiatrist, Jukes couldn’t help but see people in an analytical light, and today it seemed like everyone he saw on the streets of New York City needed therapy.

He passed some street people who were sitting on the pavement babbling incoherently. Jukes tried not to make eye contact as he hurried on his way.

A block later he passed a bag lady rooting through a garbage can. She looked up at him as he walked by. The look of recognition in her discolored eyes shocked him and made him instantly defensive. Her filthy hand shot out and clutched at his arm. He tried to pull away, but she wouldn’t let go. She shouted gibberish into his face, her breath unearthly. 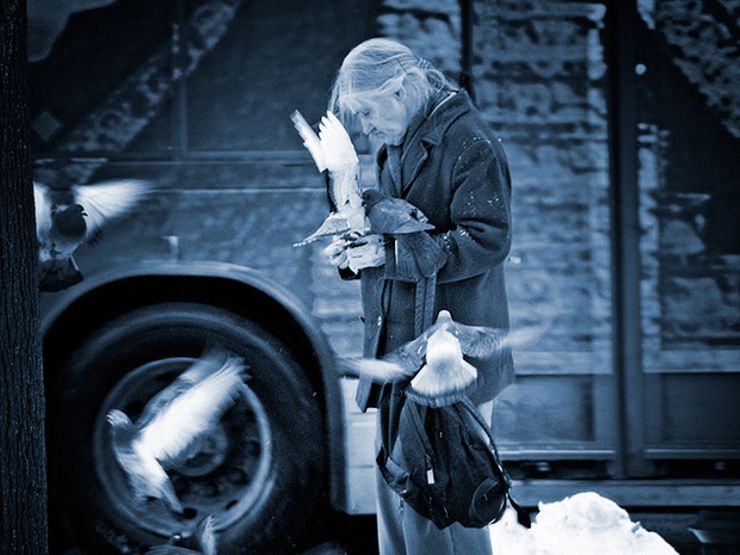 Jukes recoiled with the look of inconvenience that many veteran New Yorkers get when confronted by something unpleasant. The old lady made no move to follow him as he quickly stepped away and moved past her, down the street.

He walked into his office and picked up a stack of messages. “Any calls, Ms. Temple?” He shuffled the deck of papers.

“Yes, there were several. Dr. Howard called and he’s sending someone over.”

She nodded. “Apparently so. Correct me if I’m wrong, but isn’t Dr. Howard a GP?”

Ms. Temple smiled, professionally pleasant. “Did I mention that Mr. Avila’s here?” She nodded in the direction of a man dressed as a clown.

He sat with his legs crossed on the black leather couch in the waiting area, reading an old copy of the New Yorker. It was Jukes’s one o’clock appointment—a man who made his living as Carbinkle the Clown. Carbinkle the manic-depressive, coke-snorting clown.

“He’s been waiting about ten minutes. He just came from an engagement … I guess.”

Jukes put the bag with the cheesecake in it on her desk and patted it. “This is for you, Ms. Temple,” he said. “The waiter at Dilman’s gave it to me.”

“But you’re on a diet,” she said quickly, “and you want me to have all those lovely fat calories. How thoughtful of you. Thanks a lot.” The thank-you was pure sarcasm.

“What would I do without you?” he murmured, signing the documents.

“Probably get somebody else,” she replied, deadpan.

Ms. Temple handed him a file and looked across the room. He followed her eyes and found his patient sitting in an exaggerated position, legs crossed, giant clown shoes flapping, glaring at him.

“Mr. Avila! Sorry to keep you waiting. Please come in.”

Late that afternoon, with the sun shining nearly horizontally through the blades of the wooden Venetian blinds, Ms. Temple stood in Jukes’s office.

“There’s a Mr. Declan Loomis waiting to see you; it’s the man Dr. Howard sent over. He seems very uncomfortable in the waiting room. Here’s the file.” She handed him a thin folder.

Jukes scanned the pages. “Send him in, Ms. Temple.” 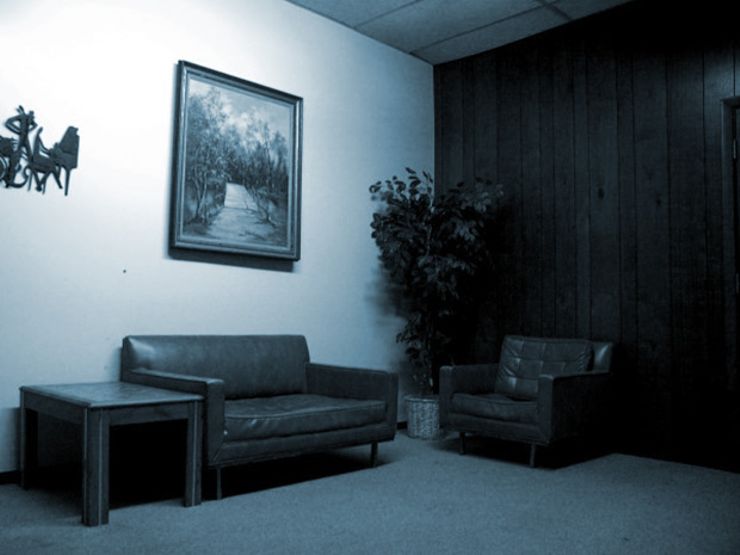 He read that Declan Loomis was suffering from what Dr. Howard called “delusions and hallucinations,” and, he noted, the conservative Will Howard found Loomis “dangerously paranoid.”

Jukes looked up as a nervous-looking, rather disheveled businessman in his early fifties entered the room.

Jukes got up and shook Loomis’s sweaty hand, then carefully closed the heavy soundproof door. It latched with a satisfying click.

As soon as the door closed, Loomis started talking. “Thank you for seeing me on such short notice, Doc. I really appreciate it. I don’t know where else to go.”

Jukes smiled his sympathetic smile. “Well, that’s what I’m here for. How can I help you, Mr. Loomis?”

Loomis looked around the room, his eyes darting from corner to corner, lingering at the window, then returning to Jukes’s face. A thin patina of sweat glistened on his brow. “I don’t have much time. I mean, I don’t know if she’s waiting for me outside—”

“Right. You see, I know this sounds insane, but … To tell you the truth, I’m having trouble believing it myself, but I’m being stalked.”

There was an uncomfortable silence. “I see. Why don’t you have a seat and tell me about it.”

Loomis sat down on the brown leather couch; Jukes took a seat opposite.

“Can you identify the person who’s stalking you? Maybe that’s something for the police.”

Loomis blinked. “No. It’s not like that.” He heaved a sigh and hung his head. “She’s … she’s the angel of death and she’s been following me.”

“Who are you talking about?”

Loomis ran his fingers through his thinning hair. “I’m being stalked by something … inhuman. Something that takes the form of a beautiful young woman. But she’s not a woman; she’s a monster!”

“You think this woman is a monster?”

“What makes you think that?”

“I see her everywhere. She’s put the evil eye on me; it’s driving me crazy.”

“Divorced,” Jukes repeated, “no obvious health problems, and apart from this delusion—”

“Mr. Loomis, in time we will both come to understand and deal with this, but I want you to know, it is a delusion. There is no bogeyman, or bogeywoman, as the case may be.”

“OK, why don’t we begin by you telling me when you first became aware of this … this problem.”

Loomis wiped his mouth with a stained and wrinkled sleeve. His eyes danced wildly in his head. He lit a cigarette with shaking hands, sucked on it desperately, then blew the, smoke across the room. Jukes winced; he disliked cigarette smoke.

“She came into the bank, a complete stranger. I’m in New Accounts, and my desk is near the door. She just came in and looked at me. Never said a word, just stared at me with those devil eyes.”

“I asked if I could help her, you know, like I ask all the customers. But she just stared at me. I began to get the oddest feeling—dread, I think. She scared me, Doc; she really did. I was struck dumb. For a minute I thought I was having a heart attack, but Dr. Howard says that wasn’t it. It was the weirdest damn feeling; I can’t describe it physically. I felt like I was paralyzed for a second.”

Jukes immediately thought of the girl he had seen through the window at Dilman’s. He brushed the thought away.

“Then I started seein’ her everywhere. At the train station, on the street, everywhere. I realized she was stalking me.”

Loomis nodded. “Well, for one thing, she’s hard to miss. Hair as red as hellfire and unusually pale skin … I mean really white, like the dead. I’ve never seen anyone like her. She’s beautiful at first; then, when you look further, she’s monstrously ugly. Also, she looks like she’s been crying.”

A shiver oscillated down Jukes’s back. Loomis was describing the girl he’d seen earlier through the window.