4 Burning Questions About the “AHS: Murder House” and “Coven” Crossover

Damn, are we excited for the upcoming seasons of American Horror Story. Ryan Murphy was famously tight-lipped in the lead-up to season six—the recent twist may have explained why—but we now know a lot about what’s coming down the pike.

As Murphy previously told Entertainment Weekly, the next season of AHS, which has already been greenlit, “will be going back to some Freak Show characters, deeper histories and mythologies.” But what about the seasons after that?

Hold onto your hats AHS fans, because at EW’s PopFest this past Sunday, Murphy announced plans for a Murder House/Coven crossover.

Yes, you read that correctly.

If you need a quick memory refresh, Murder House was the first season of AHS, in which an unsuspecting family moved into a haunted mansion in Los Angeles. Coven followed the exploits of a group of witches, and their power-hungry leader, at a school in New Orleans.

Of course, our imaginations are running wild. Here are four burning questions we have about the upcoming Murder House/Coven mashup. 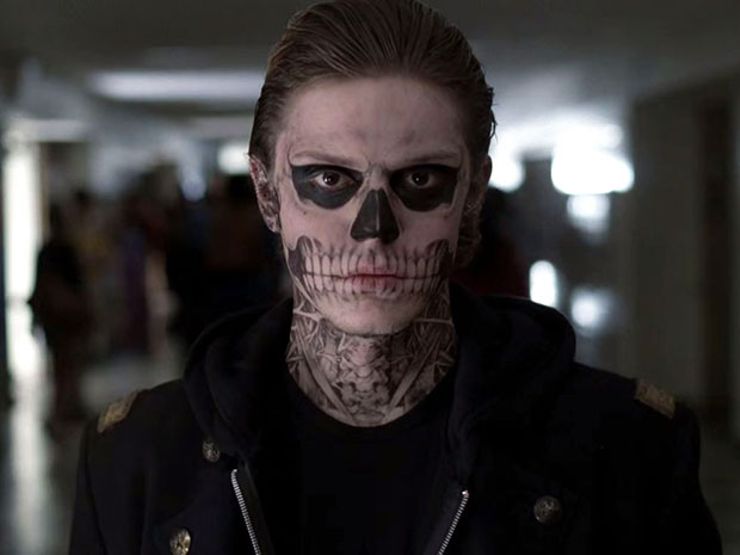 This is a big one.

Murphy brought it up, albeit quickly and cryptically: “I’ve [already] started going to actors from both of the seasons, quietly, saying, ‘I think in this window, if you could fit us in … so yeah, it’s fun. It’s weird.”

The couple at the center of Murder House was played by actors Connie Britton and Dylan McDermott, both of whom have been gone from the AHS universe for some time, and who did not appear in Coven. Other Murder House actors who were not in Coven, and might possibly reappear in the upcoming crossover include Zachary Quinto, Kate Mara, and Alexandra Breckenridge, among others.

Actors who appeared in Coven but not Murder House include Emma Roberts, Kathy Bates, Gabourey Sidibe, and Angela Bassett.

This leaves us with a whole collection of actors who appeared in both seasons: Sarah Paulson, Jessica Lange, Lily Rabe, Frances Conroy, Jamie Brewer, Taissa Farmiga, Even Peters, and Denis O’Hare. How will they fit into this universe? Will we see actors playing two different characters, like Sarah Paulson did for season six? How will Ryan Murphy choose which character, from which season, will show up?

2. Will we get Jessica Lange back?!

In May 2016, E! reported on an interview between Charlie Rose and Jessica Lange, in which Rose asked Lange as to whether she would ever return to AHS. Lange offered this response:

“No, I think, you know, I had four years with that. Four seasons. And each year was a marvelous character … everything changed from one year to another, which made it very interesting for me. But, no, I think sometimes you come to the end of something and it has a…”

Notice that ellipses: Lange never finished her sentence. Was she subtly leaving the door open for a possible return? Moreover, if Lange does return for the Murder House/Coven season, will it be as Constance, from Murder House, or Fiona, from Coven? AHHH! 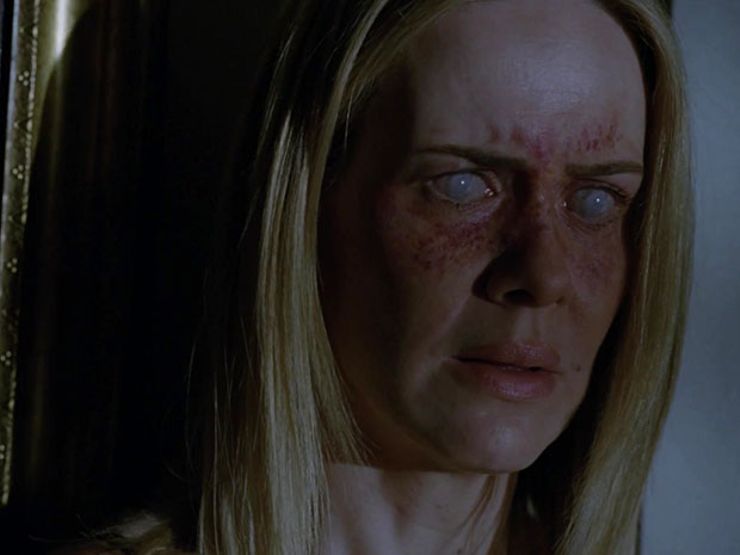 3. In what time period will the action be set?

Though it’s not clear exactly when Murder House and Coven take place, it’s apparent enough that they’re set in the present day. Both seasons, however, feature significant storylines that happen in flashbacks. Will the Murder House/Coven season act as a prequel to the previous seasons? A sequel? A prequel to one and a sequel to the other?

4. Will anyone from other seasons show up?

Ryan Murphy dropped another bomb on us a few weeks ago: Lady Gaga’s wood witch character, from the current season, is the original Grand Supreme. The Grand Supreme, one of the main plot points of Coven, is the all-powerful witch who is the head of her clan. Now that we know the Coven witches are, in some way, descendants of the wood witch: will it be relevant to the new storyline? In other words, will it give Lady Gaga a reason to return?

What do you think? Are you excited for the Murder House/Coven crossover? Who do you think will return for it? As always, let us know your thoughts in the comments.

All stills from "American Horror Story" via FX