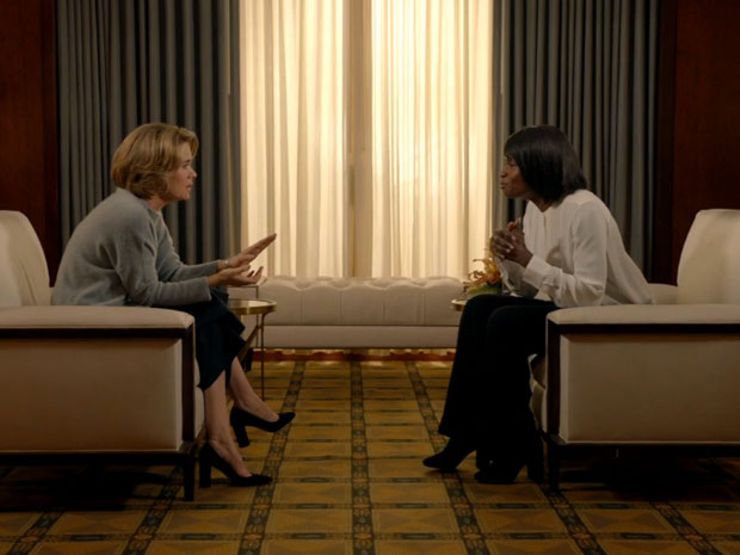 The American Horror Story finale aired on Wednesday, ending one of the strangest seasons in the franchise’s history. What started out as an apparent documentary, about a couple who survived a haunted house, transformed into a reality show, about the real-life couple and the documentary stars who portrayed them, which then morphed into several other iterations of meta-commentary before ending, in the traditional AHS format, as a story about the bond between a mother and daughter.

If you had a hard time following that, don’t worry—so did we. We laud Ryan Murphy for attempting to do something totally different with season six: shrouding it in mystery prior to its release, messing with the format and, ultimately, crafting a critique of his own success (if you buy into the whole My Roanoke Nightmare is to AHS as fictional producer Sidney is to Ryan, himself.) However, we can’t help but feel this season was bloated, confusing, and, ultimately, a letdown, especially when compared to the first three seasons. All that being said, we still do have some burning questions in the wake of the finale, and in anticipation of next season. Beware, spoilers ahead: 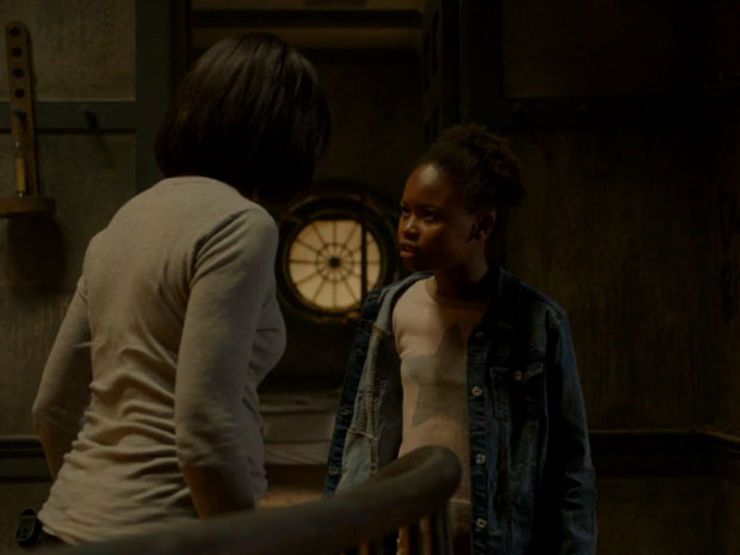 Lee and Flora. Still from “American Horror Story” via FX

1. What was the point of bringing back Lana Winters?

Sarah Paulson played three different characters this season: Shelby, Audrey, and, finally, Lana Winters. Lana was a fan favorite from season two: a fierce reporter, who found herself trapped in a killer’s clutches after pulling a Nellie Bly, and checking into a corrupt asylum as a patient, in order to expose the facility’s wrongdoings. Paulson is arguably the best part of the AHS franchise, especially since Jessica Lange’s departure. Her hilarious portrayal of the narcissistic Audrey was major highlight of Roanoke. So, when Ryan Murphy made the decision to bring her back three separate times within one individual season, we weren’t going to complain. Still…

What was the point of having her come back as Lana this season? Couldn’t some other reporter have interviewed Lee, to the same end? It’s always fun to learn more about AHS mythology, and see characters from previous seasons pop up in current ones, but the choice to bring back Lana felt unnecessary and random. Maybe her appearance here will become relevant in a future exploration of the Asylum universe, if that ever happens?

2. Why didn’t everyone murdered in the house come back as a ghost?

Lee’s grand plan was to be murdered in the house, so she could eternally haunt it in order to protect Priscilla, and, thereby, Flora. But what makes her so sure that she’ll come back as a ghost? Where are all the other cast members from My Roanoke Nightmare and Return to Roanoke who died there? Why didn’t they become ghosts? Is Lee so sure she’ll become a ghost because of the heart-munching pact she made with Lady Gaga last week? Speaking of Gaga…

3. What ever happened with Lady Gaga’s wood witch character?

She was one of the best characters this season: seducing the Butcher with promises of power, turning Matt into her sex slave, and, finally, getting her hands on Lee, to murderous ends. We found out, via Ryan Murphy, that Lady Gaga’s character was the original Grand Supreme, harking back to season three. So … why did her story line just fade out? We can only hope/imagine that the wood witch will remerge when Murphy returns to Coven mythology in future seasons. Otherwise, this was a serious waste of a cool character.

Murphy recently told reporters, “We’re going to announce [the premise] in the spring … we’re not doing a secrecy thing, but [next season] does have a big hook behind it.” We know at least part of the “big hook” is a return to Freak Show mythology. But what else does he have in store? Will we see a similarly topsy-turvy format? A return to mythologies other than Freak Show? Possible Roanoke loose ends tied up?

What do you think? Did you like this season? Will you be tuning in for season 7? As always, let us know your thoughts in the comments.