Blood on the Bridge: The Deadly 1960 Kidnapping of Beer Magnate Adolph Coors III

A milkman discovered that the beer kingpin was missing.

The milkman got out to investigate and discovered the vehicle was unoccupied but running, with the radio still playing. He also noticed bloodstains next to the car and blood splatter on a baseball cap that had fallen onto the creek bank below. He called the police in a hurry.

FBI agents got involved the following day. Searchers found a ransom note, written in a distinctive typeface, addressed to Mary Coors, Adolph’s wife. The kidnapper demanded $500,000 in small bills and ended by writing: “Call the police or FBI: he dies. Cooperate: he lives.”

Mary followed the note’s instructions to prove she was willing to pay the ransom. Adolph Coors II, the victim’s father, stated forthrightly: “The crooks have something I want to buy—my son. The price is secondary.” Oddly, the kidnapper never followed up with new information.

Working with scant evidence, investigators repeatedly heard from witnesses who spotted an eye-catching canary-yellow 1951 Mercury cruising the Morrison area in the days before the crime. The flashy car was also spotted near the Turkey Creek bridge on the day the abduction happened. 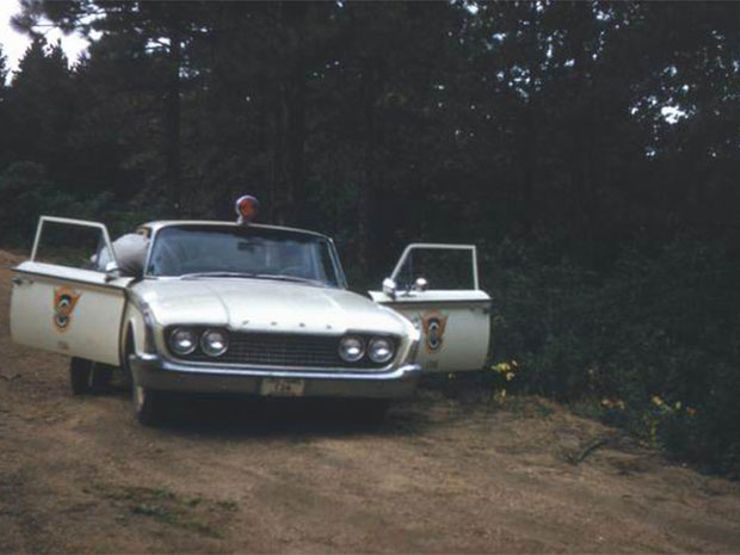 The area near where Adolph Coors III’s remains were found. Photo: Murderpedia

Eight days after the disappearance, police in Atlantic City, New Jersey, discovered a canary yellow 1951 Mercury with Colorado plates. It had been set on fire and was still smoldering. Officers put out the blaze, identified the car by its VIN number, and sent dirt and refuse samples back to Colorado.

Authorities traced the car to a Denver resident named Walter Osborne who, in fact, turned out to be 31-year-old Joseph Corbett, Jr.—a fugitive murderer who had escaped from a California prison five years earlier and was now living under an assumed name.

Analysts traced the ransom note to Corbett’s typewriter. They also discovered he had recently ordered handcuffs, leg irons, and a handgun through the mail.

Despite the connections, Corbett’s trail went cold for months. On September 11, a truck driver stopped by a garbage dump just outside Denver and discovered a pair of pants bearing the label “Expressly for Mr. A. Coors III.” One pocket contained a penknife that was inscribed, “A.C. III.” The trucker alerted local law enforcement.

Searchers turned up Adolph Coors III’s remains about 500 yards away from where the pants were found. The kidnapper had shot him twice in the back of the head, at point-blank range.

It was lost on no one that Joseph Corbett, Jr., had originally gone to prison for fatally shooting a hitchhiker in the head. The slaying, claimed Corbett, was done in self-defense.

Realizing time was of the essence, authorities intensified their search. The FBI flooded television, newspapers, post offices, and supermarkets with Corbett’s photograph and the offer of reward money. After getting spotted in Vancouver, British Columbia, Corbett calmly surrendered himself to officers, saying, “I’m your man.” 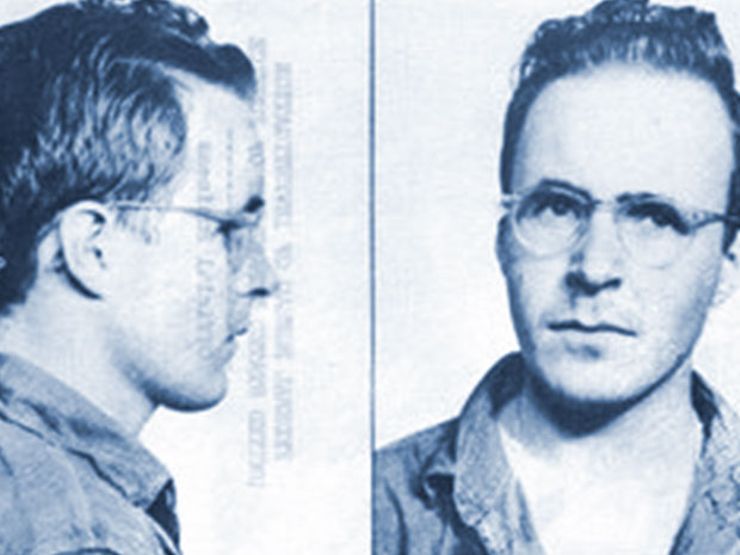 Despite that initial statement, Corbett pleaded not guilty. Alas, the four layers of dirt and debris samples taken from the burned car in New Jersey placed him at the scene of the crime, and then revealed specific topographic details of his cross-country flight.

The court convicted Corbett of murder on March 29, 1961. He served 19 years as a “model prisoner,” and received parole. Corbett kept a low profile thereafter, working quietly as a Salvation Army truck driver.

On August 24, 2009, Joseph Corbett, Jr. committed suicide—with a gunshot to the head.

This Story Was First Published On Crime Feed.
Read More:
America’s First Female Detective Was a Total Badass
Teen Gets Arrested, Asks Dad To Take Her Picture In Handcuffs To Post On Facebook
Why Did These People Drive 1,000 Miles With A Body Stuffed In A Suitcase?