The Cave of the Crystal Sepulchre

Deep in the jungle of Belize is a cave that contains ancient human remains, including the glittering bones of the "Crystal Maiden."

It sounds like a quest straight out of Indiana Jones. Lost in the jungle of Belize is a mysterious cave that contains several sets of human remains, including the crystalized bones of the “Crystal Maiden.”

The site is called Actun Tunichil Muknal, literally “Cave of the Crystal Sepulchre.” Locals sometimes call it Xibalba, the Mayan name for the underworld. It’s an apt sobriquet, as the cave is home to more than a dozen skeletons—some of them children. 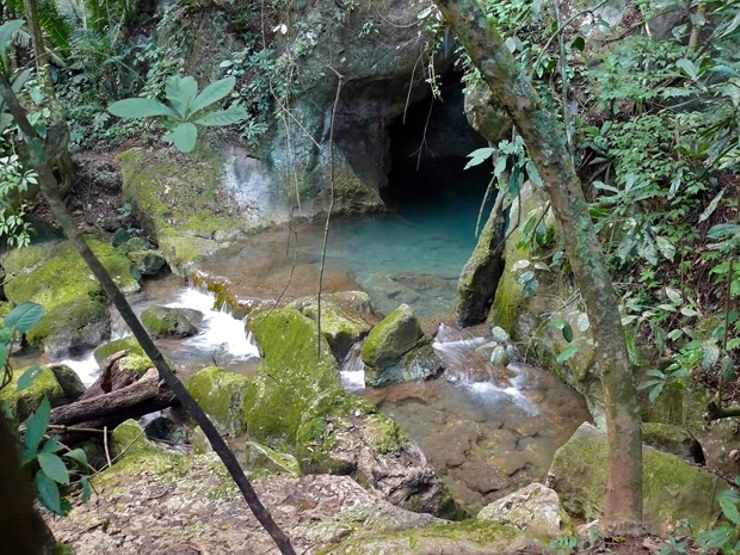 The reason for the presence of the skeletons is uncertain, though many believe that they were human sacrifices, possibly made to appease the rain god Chac or the gods of the underworld. Other theories suggest the remains are of those accused of witchcraft, whose bodies were left unburied in the cave so that their spirits would remain trapped inside.

RELATED: BOLIVIA’S DAY OF THE SKULLS

The youngest skeleton is of a one-year-old infant. The other infants are interred in the cave, ranging in ages from one to three years old. Some of them are entombed in crevices in the walls or in narrow adjoining chambers. Additional children skeletons include a child of about seven and a teenager who seems to have been bound before being killed. 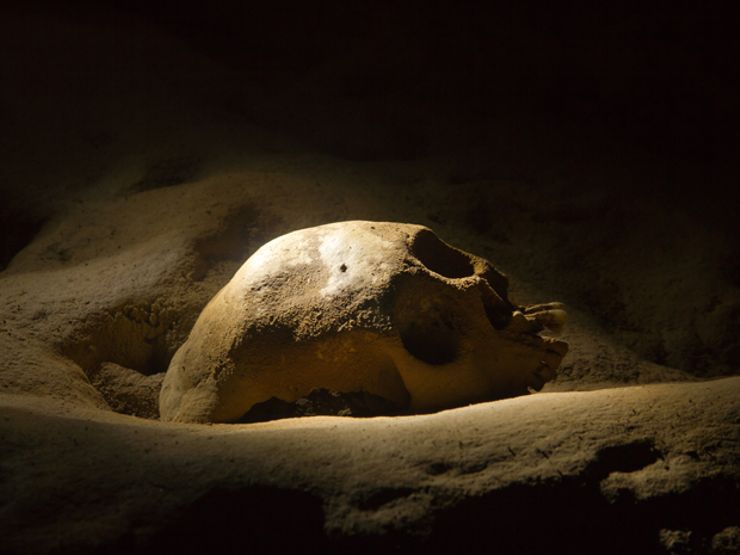 This poor soul was far from the only inhabitant to have suffered a grisly end. The vast majority of the skeletons in Actun Tunichil Muknal appear to have been killed by blunt force trauma to the head. In some cases, their skulls are completely crushed. Among the younger skeletons whose skulls are still intact is evidence of “skull shaping” or cranial deformation that gives the skulls an elongated look, making them seem slightly alien.

Uniting all the remains inside Actun Tunichil Mukna is an eerie glittering appearance. This is due to the calcification process of the cave itself, leaving remains “cemented” to the floor by calcite. This is especially true of the site’s most famous eternal resident, the “Crystal Maiden,” so named because her completely calcified skeleton sparkles in light like crystal. 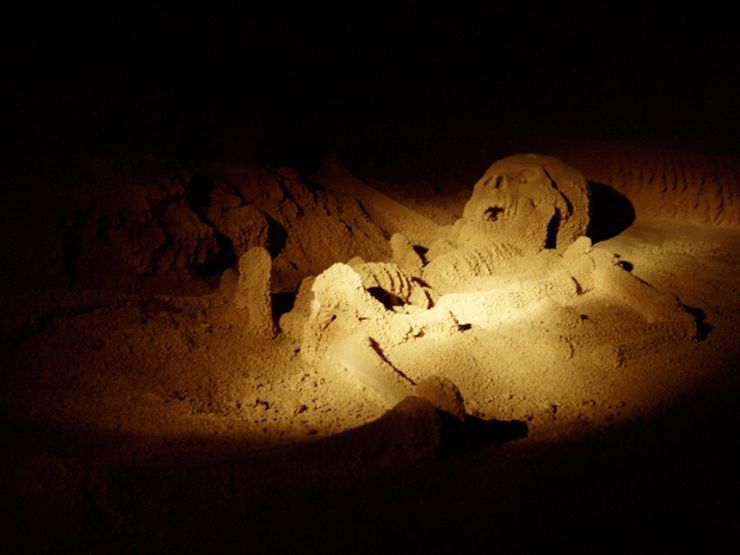 Just who is this ghost of the past? Originally, the maiden was thought to have been an eighteen-year-old girl who died in a particularly violent manner—two of her vertebrae are crushed. More recently, scientists suggest that the skeleton may actually belong to a teenage boy, though the name “Crystal Maiden” seems to be here to stay.

Adding to the cave’s eerie character are ancient alterations crafted by human hands. Rudimentary stone alters loom in the passageways, while reliefs of faces or animals have been carved into of the cave walls. Just imagine the first outsiders to explore Actun Tunichil Muknal, their lights casting strange figures onto the walls, glittering off the crystalized corpses on the cave floor. 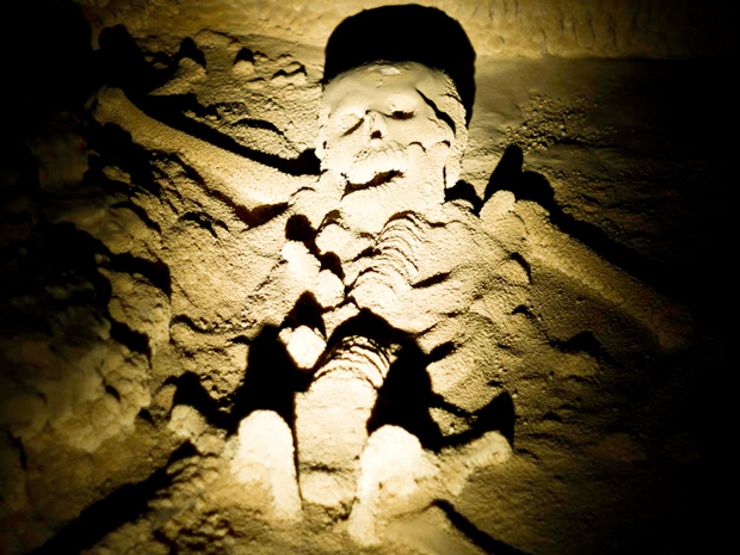 Though the bones may be the most striking feature of Actun Tunichil Muknal, they are by no means its only source of archaeological interest. The cave contains a variety of ceramics and stoneware, some of which are marked with “kill holes” intended to let spirits escape. One artifact within the Cave of the Crystal Sepulchre is known as a “Monkey Pot.” It’s one of only four of its type in all of Central America.

RELATED: THE MUMMY MUSEUM OF GUANAJUATO

Actun Tunichil Maknal is also home to a variety of bats, freshwater crabs, and predatory spiders, including giant “whip spiders,” which can grow to be almost two feet across. Technically, these arachnids are harmless to humans—though they’re not exactly something you want to find crawling up your arm as you’re spelunking. 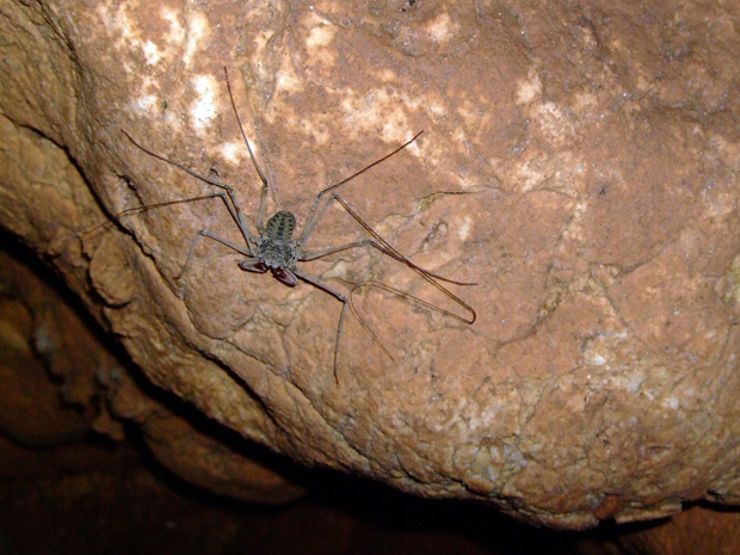 While the cave may not be quite as difficult to reach as the underworld itself, exploring its depths isn’t easy. You have to hike from the road and wade up a river to get to the mouth of the cave. Once inside, certain chambers can be accessed only by swimming through underwater passageways. Jungle rains often flood portions of the cave, closing it to the public entirely.

If you’re still interested in exploring the mysteries of Actun Tunichil Muknal, you’re in luck. The Belize Tourism Board in association with the National Institute of Culture and History grants license to a few agents to conduct tours of the cave. 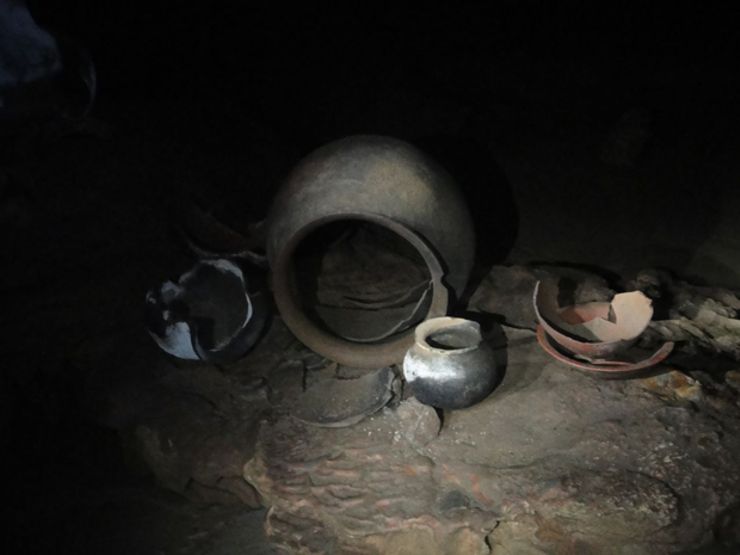 However, the cave remains a culturally protected site, so tourists have to follow some strict rules. Photography in the cave is forbidden without a permit, after an explorer dropped a camera and crushed a thousand-year-old skull. Visitors are also asked to remove their shoes and only wear socks in some of the upper chambers to reduce the damage caused by foot traffic.