In 1992, McDonald's employee Derek Wood’s plan to steal cash from the fast-food restaurant's safe ended with a body count. 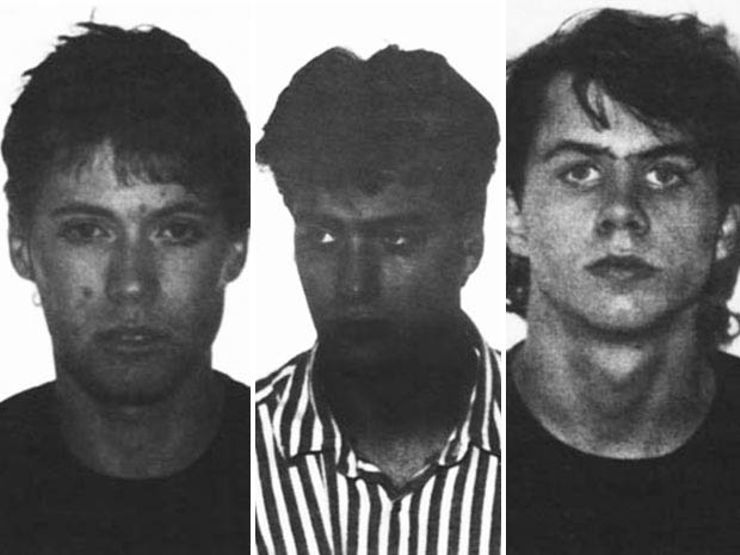 When 18-year-old McDonald’s employee Derek Wood stumbled upon a safe in the back room one fateful day in 1992, he hatched a plan to get rich quick: Go in after work with the help of some friends, take the money (at least $200,000 in cash), and no one gets hurt.

But the best laid plans often go awry. In this case, the result was particularly bloody. Wielding a .22 caliber pistol, several knives, and a shovel handle, Derek and his two friends murdered three people and left a fourth permanently paralyzed. In the end, they only made off with a total of $2,017.

Phonse Jessome’s Murder at McDonald’s chronicles how Derek’s plans went from harmless to horrifying within a matter of seconds. 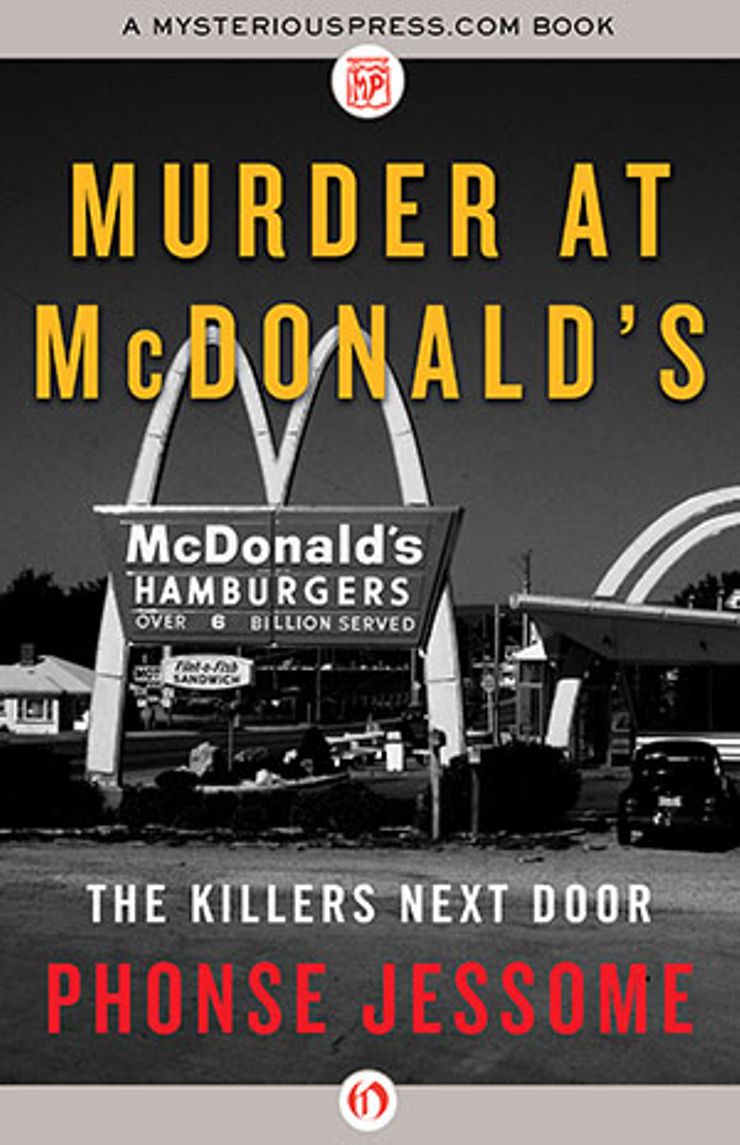 Up in the kitchen, Neil Burroughs was scrubbing the sinks. Because the steel door at the bottom of the basement stairs was closed, and because there was a lot of noise from the equipment in the restaurant, he couldn’t have heard the shot, or the screams from the basement. Burroughs was down on one knee, wiping the stainless-steel skirt below the sinks, when he suddenly felt weak and fell to the floor. Something was wrong, but he could not figure out what had happened. Blood was coming from his ear, and there was a terrible taste in his mouth. He could see the blood beginning to pool on the floor, and knew he needed help.

As he began to push himself up from the floor, Neil realized someone was standing beside him: shocked and confused, he did not see the mask the man was wearing as a threat. Neil Burroughs wanted help—he needed help—and he hoped this stranger would deliver it. He looked into Darren Muise’s eyes, and Muise stared back at the helpless man in front of him. Burroughs sought sympathy, and help, but instead he saw, in those eyes, a frightening expression heightened by the ghoulish rubber mask that framed them. Muise took a brown-handled hunting knife and plunged it five centimetres into the soft tissue on the left side of Burroughs’ neck, then pulled it back in a clumsy, failed attempt to severe the jugular vein. 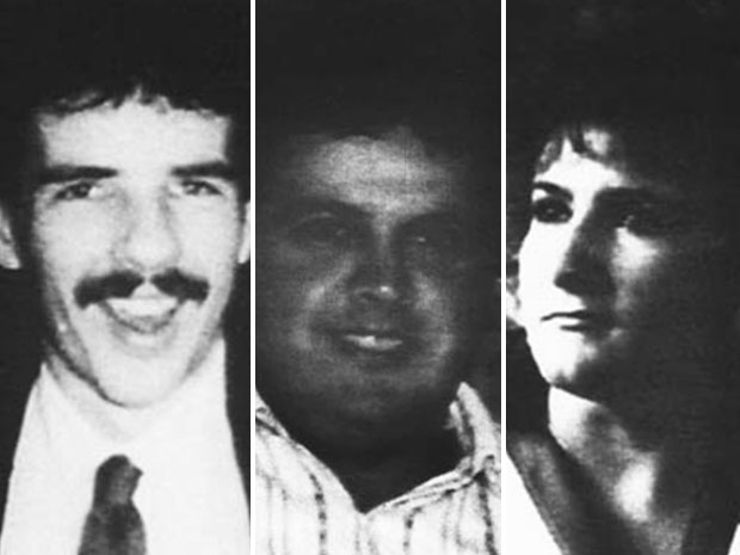 Face down on the cold tile, blood streaming from his ear and neck, Neil Burroughs began to think of Justin, his three-year-old son, and Julia, his wife and best friend. He was going to teach Justin to play ball this summer; whatever was going on here would not prevent him from doing that. Once again, Burroughs pushed himself up from the floor. In the spinning confusion around him, he now saw two men. Maybe this new stranger would understand; maybe he would help.

“Help me! Please help me!” Burroughs could not be sure if the words were coming out, if the tall stranger could hear his plea. He could see his blood covering the arms of the masked man, who was still standing there; he could hear as the man shouted excitedly to the newcomer: “The guy won’t die! Derek shot him, and I cut his throat, and he still won’t die!” The masked man ran off, and Burroughs again begged: “Please, please help me!”

It made no sense. He could see that the stranger was listening, but why was he raising that shovel handle? The young father was kneeling now, looking into the face of the stranger, trying to understand what was happening to him. Why did someone he did not know want to hurt him? He was just cleaning the kitchen, doing his job, trying to support Justin and Julia. Why was this happening? Neil felt a crushing blow across his forehead and against his nose as the handle swung violently down. Freeman MacNeil looked on as Burroughs fell to the floor once again. 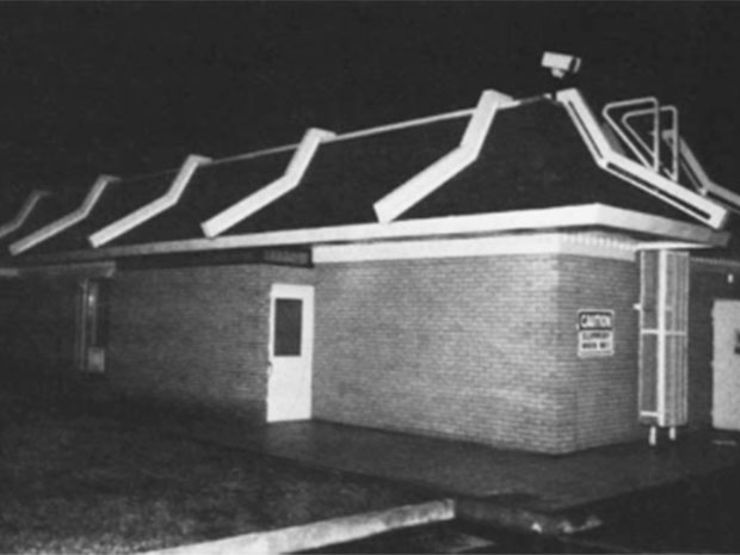 But his misery would not end with that vicious blow. Nor would the struggle. Unable to lift his head, Burroughs extended a pleading hand for help; he could feel the steel front of the sink, but it was too slippery for him to pull himself up. As the strength ebbed from his body, Burroughs felt something in his left hand, and he grabbed hold of it—something solid, something to cling to. It was one of the legs holding up the sink. He looked up to see a flash, then darkness, as a bullet entered his brain through a small hole just above his right eye. He did not feel the third and final shot, fired with the gun pressed firmly against the back of his head.

While Neil Burroughs was fighting in vain for his life, Donna Warren was experiencing a terrifying ordeal of her own. After shooting Burroughs in the ear, Derek Wood had returned downstairs to find the young manager. “C’mon, bitch, get up.” Wood grabbed Donna, led her upstairs to the tiny office, and ordered her to open the safe.

Donna’s hands shook, tears blurring her vision as she wrestled with the dial. “I’m going as fast as I can.” She wept, gasping for air, trying to remember a combination that she knew perfectly well. Finally the last number clicked in, and the door swung open. Donna, who had been kneeling as she fought with her panic and the lock, rose to her feet, hoping that Derek would let her go back to help Arlene, and crying uncontrollably as she thought of her friend.

Suddenly she felt a terrible pain and a spinning in her mind; barely aware that she had collapsed, she found herself on the floor, the top of her shoulders against the wall, her legs folded beneath her, her head tilted forward as she watched Derek Wood rifle the safe. Everything around her began to close in, as though she were looking through a narrowing tunnel. The masked man came to the door and gave Wood a kitbag, then left. She saw Wood get to his feet. A flash—and then a bullet entered her right eye; Donna never realized she had already been shot in the back of the head.