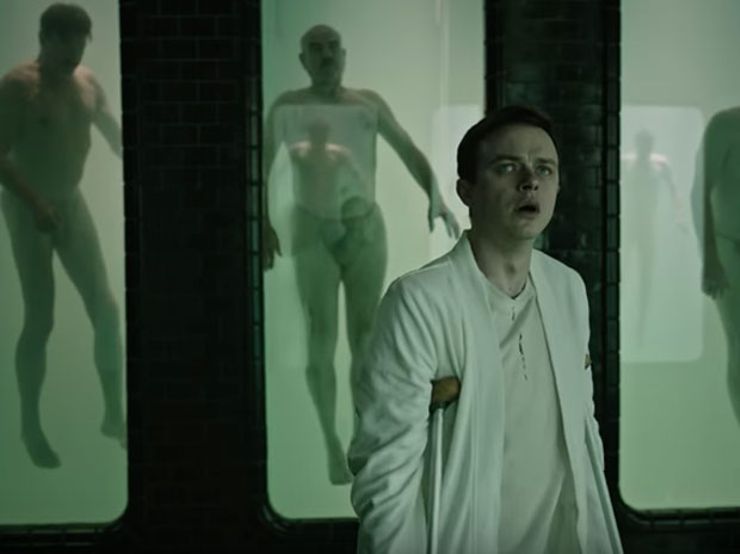 Check out some of the most stunning and disturbing visuals we’ve seen in a while, courtesy of the A Cure for Wellness trailer:

This mysterious thriller is Gore Verbinski’s first horror film since The Ring. From the trailer alone, we’re getting seriously creepy vibes. The grim setting and dreary color palette call to mind sci-fi horror like Dark City or Alien, while the movie’s trippy plot evokes the nightmare realities of Altered States or Brazil.

While it’s hard to deduce the plot from the trailer alone, 20th Century Fox has released this brief and equally intriguing summary:

An ambitious young executive is sent to retrieve his company’s CEO from an idyllic but mysterious “wellness center” at a remote location in the Swiss Alps. He soon suspects that the spa’s miraculous treatments are not what they seem. When he begins to unravel its terrifying secrets, his sanity is tested, as he finds himself diagnosed with the same curious illness that keeps all the guests here longing for the cure.

OK, we’re sold. BUT: we haven’t even gotten to the creepiest part yet.

Visit the website for A Cure for Wellness and you are given the option to “Begin Treatment.” You can then choose to listen to a guided “Water,” “Earth,” or “Air” meditation, all while scrolling through eerie, sometimes downright terrifying tableaus: a girl twirling around suspended in water, a stag clomping through a steam room, a slug slithering treacherously next to bathtub, and more.

And those “meditations”? A chilling voice guides you through a series of instructions (“imagine yourself in a beautiful forest”) that seem benign at first, then abruptly take a turn for the sinister. Before you know it, the voice is asking you to imagine yourself drowning, being buried alive, contemplating the futility of your existence and more.

If the website is any indication, this movie is going to feature one of the most seriously twisted wellness institutes in recent memory. We can’t wait.

A Cure for Wellness premiers in theaters on February 17, 2017.

Feature still from "A Cure for Wellness" via 20th Century Fox

A Cure for WellnessPage
Published on 02 Dec 2016