A Crime of Carelessness Turns Deadly

Hitting a stranger unleashed a chain reaction that these college students couldn't handle. 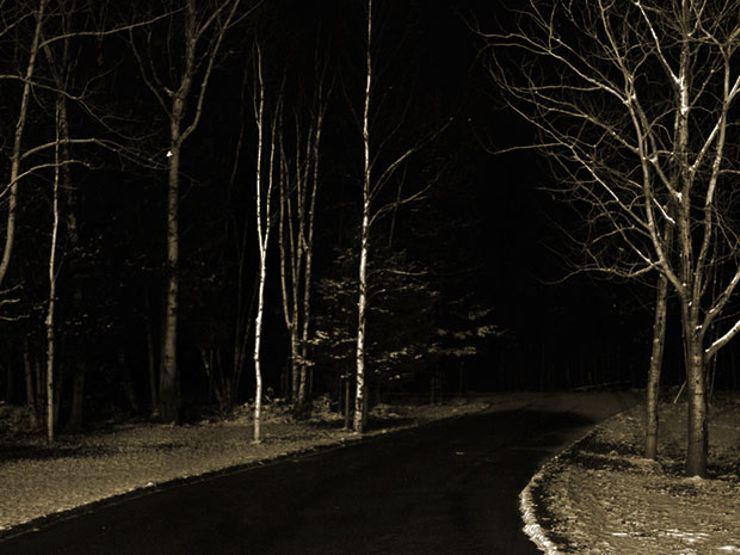 You’re driving on an icy mountain road in the middle of the night, and a deer jumps in front of your car. Stopping to check for damage, you realize that it wasn’t a deer at all—but a man.

You realize, horrified, that you’ve killed someone. What’s next? Do you call for help and turn yourself in … or carry the dead man’s body into the woods to hide the evidence?

Drunk-driving college students Nick, Finney, and Tucker chose the latter, setting in motion a series of horrifying events that threaten to destroy their lives. Their choice unravels a mystery that they are thrown into and cannot escape. Who is this man? Why was he wandering the road? And just what have these three friends set into motion?

Dale Bailey and Jack Slay Jr.’s Sleeping Policemen is a horrifying tale of a crime of carelessness that turned much darker than ever imagined.

The dead man was only the beginning … 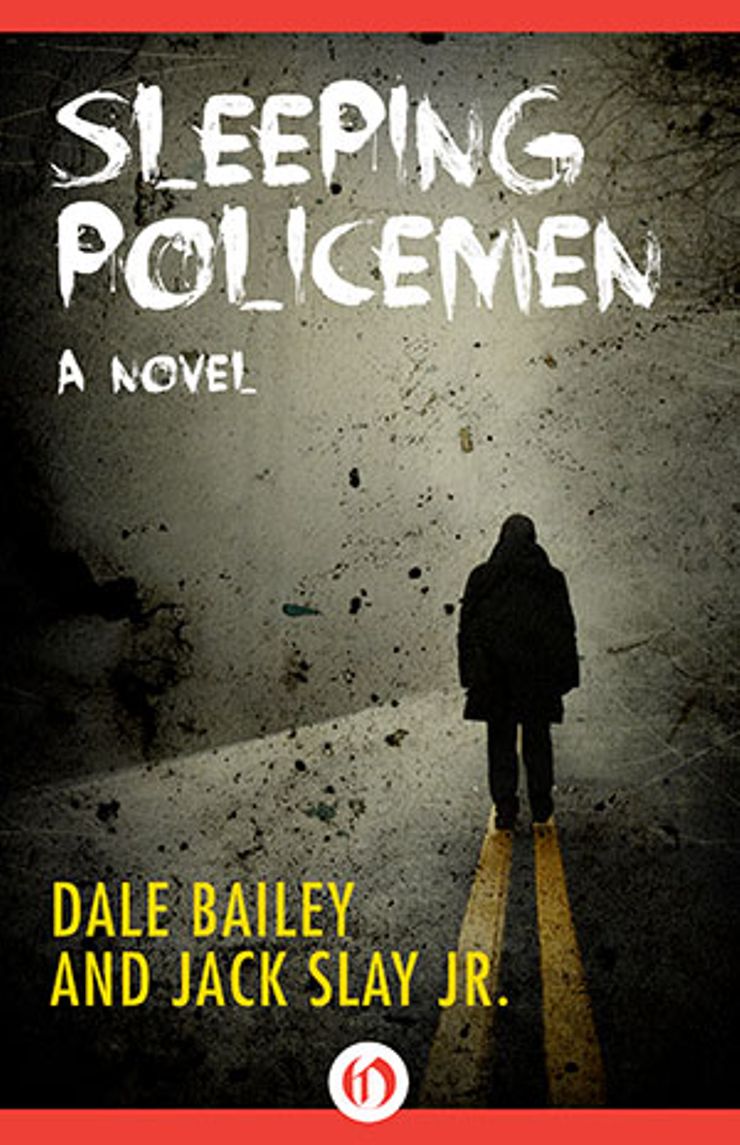 Together, he and Finney wrestled the body erect. It was harder than he had expected. Every time Nick had dragged a drunk off to bed, the drunk had woken up enough to stumble along beside him, helping a little, blowing beery breath into his face. Never had he struggled with truly dead weight—and now the full meaning of the term bore in upon him. Lifting the dead guy was like lifting a sodden carpet. His muscles ached in spite of the high school years and college summers loading and unloading crates of fresh fish in Glory, Louisiana, in spite of the two hours he spent lifting weights in the gym three days a week.

They dragged the guy between them, his boots scraping the pavement. Tucker knelt to begin gathering fragments of the parking light’s smashed reflector panel, strewn shards of glass and rubber. Their progress slowed at the verge of the road. The dead guy’s legs kept tangling in the undergrowth. Once Finney stumbled and fell, cursing, and the entire weight of the dead man collapsed onto Nick, so heavy he did not think he could bear it.

After that, they decided to carry him between them. They argued in frenzied whispers over who would get the feet, who the bloody head, then Nick relented, aware of the money in his jacket, knowing that he had surrendered control of the situation somehow in taking it, but powerless to give it up. Fleeting images of Sue kept passing through his head—of Sue, of his father twisted in his wheelchair, of the enormous stinking gantries of the oil rigs, the sea in flux about their enormous support columns, bearing away a freight of sewage and cast-off food and garbage, black gouts of raw, spilled fuel.

Related: CREEPY DRIVE: 6 HAUNTED ROADS FROM AROUND THE WORLD

He knelt, and got the guy under the armpits and lifted on Finney’s count of three. The dead man’s head flopped back against his stomach, and Nick suddenly wished he had thought to close his jacket. His heart raced. His breath formed enigmatic patterns in the air as they stumbled farther into the underbrush. The hum of the Acura’s engine grew distant, the lights receded beyond a screen of brush and trees. His muscles burned like he had been in the gym for hours.

They moved through the trees silently, panting with exertion. Once Nick thought he heard something. He thought about that crashing sound in the underbrush, something big moving through the woods. But Finney didn’t say anything and besides the woods were full of noise. The only people who ever talked about the silence in the woods had never been there. So he held his peace, trying not to think about the dead guy’s bloody head, all that blond hair smearing black blood across the belly of his T-shirt. He could feel it, warm against his stomach, and a tight, hard kernel of hatred formed in his chest, displacing the fear. Finney. Fucking Phineas Durant and his big-shot dad. The Senator, that’s what Finney called him. Not Dad, just the Senator, another asshole rich guy in a hand-tailored suit. But Finney always cashed the checks the Senator sent, didn’t he?

Related: SHE FELL IN LOVE WITH HER FIANCE’S KILLER

Nick forced the bitterness down. He always shared the wealth, too. Nick had tucked more than a dollar or two of Finney’s money between the garter and the slick flesh of one dark-haired honey that night, and he had left Ransom broke, drinking Finney’s beer.

A few minutes later, the sound of the water began to grow louder. The smell of it rose to meet them, the algae-grown, faintly metallic odor of a mountain stream. They emerged from the undergrowth and it was right there in front of them, 15 or 20 feet wide, black and fast moving, barely visible in the thick darkness under the trees.

“We’re going to get lost in h—” Finney started to say, and then Nick slipped, losing his purchase in the wet soil …